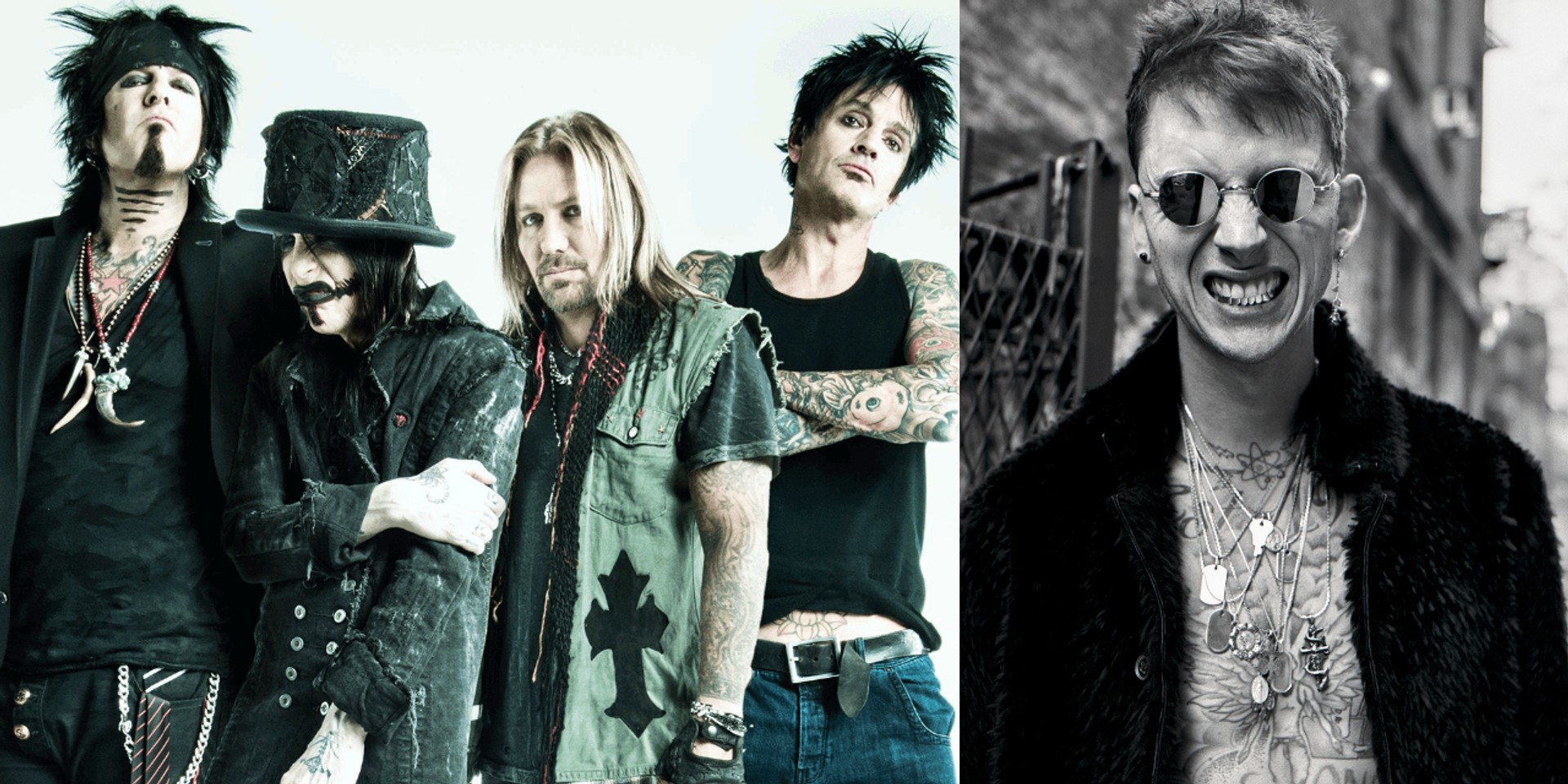 The band, which will have its very own biopic titled The Dirt released on Netflix this March, enlisted actor-musician Machine Gun Kelly (or MGK for short) to portray drummer Tommy Lee in the film. The rest of the cast features Douglas Booth as Nikki Sixx, Daniel Webber as Vince Neil, and Iwan Rheon as Mick Mars.

The four tracks that the band recorded will appear on the film's soundtrack. Nikki Sixx broke the news of the MGK collaboration via Twitter during a fan Q&A. Sixx also revealed that pre-orders for the soundtrack will be available soon.

The Dirt is set to premier on Netflix on 22 March.