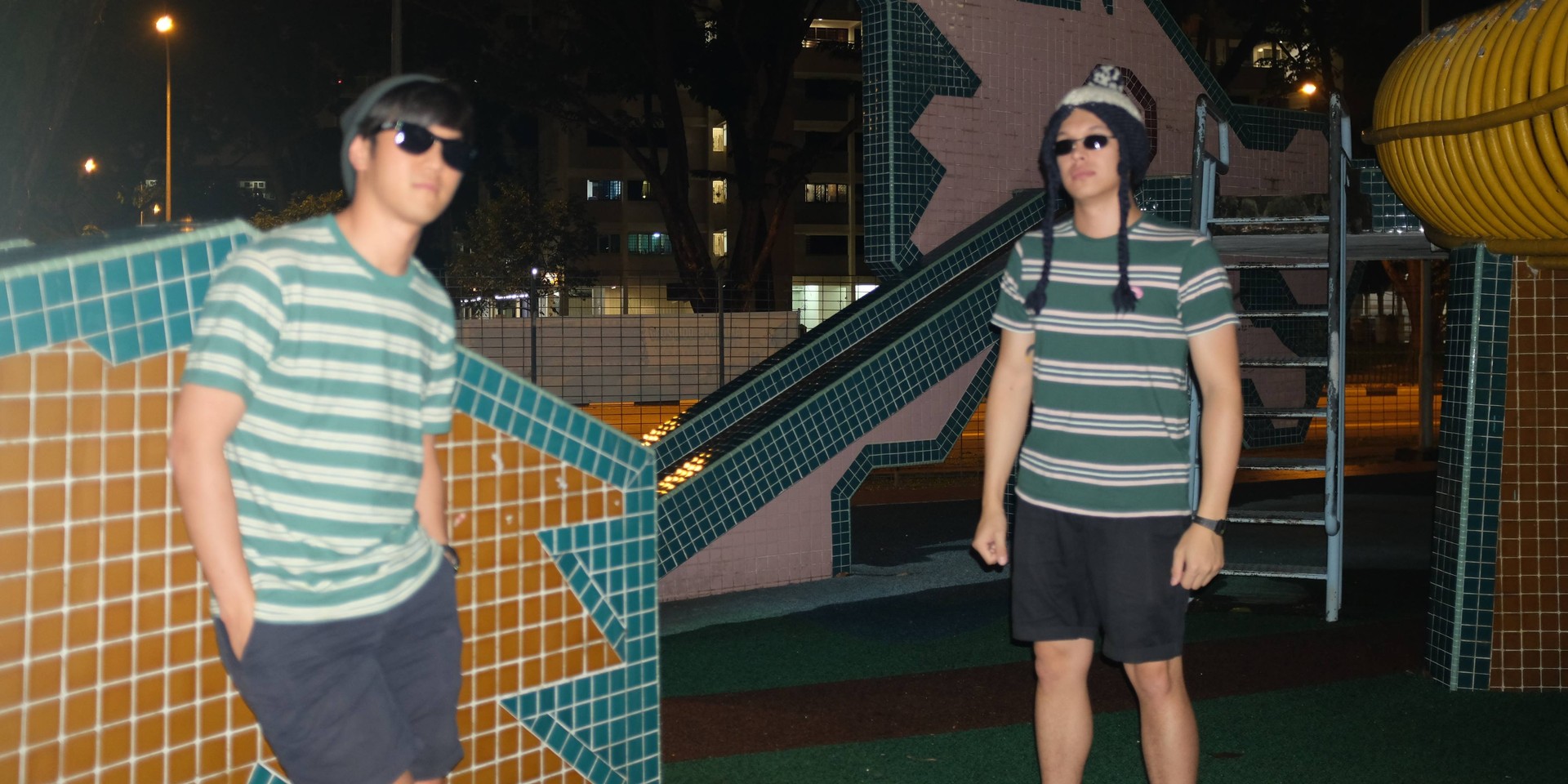 We're only just entering the fourth month of 2018, and already the year is proving to be a banner year for Singaporean music. Take the latest talented duo to hit the scene: Heureux Pour Vous, who recently dropped an EP titled Good Music.

Good Music arrived with little fanfare a few days ago, and is only three songs long. But anyone who listens will agree that it will go down in history as a landmark work in the small, crowded field that is Singaporean synth-pop. The EP is unquestionably post-modern, incorporating machinated vocals and synths that manage to sound futuristic and retro at the same time. A standout track is 'Lup Cheong', which embraces dialect to satirise and subvert Singaporeans' love of food (particularly the Chinese sausage). Such is the potential of this EP that the band has, we have heard, already been approached for musical collaborations.

Heureux Pour Vous was formed by Paddy Ong of M1LDL1FE and Adin Kindermann of Stopgap. Acting on a tip, Bandwagon had managed to confirm the existence of a musical project in a brief interview below:

When approached for a more in-depth interview about the new, groundbreaking music, however, Heureux Pour Vous sent a short statement of intent and declined to comment further:

Heureux Pour Vous, or "Happy For You" in French, is the musical brainchild of Paddy Ong (M1LDL1FE, Take Two) and Adin Kindermann (Stopgap). The experimental pop duo channel their frustration from working in the music industry where nobody knows what "good music" means, and nobody really cares anymore. Part synth-pop and part critical commentary, Ong and Kindermann layer lush analog synthscapes and bitcrushed drums with vacuous lyrics; a painful reminder that in a postmodern world, pop music doesn't just obscure the truth. Pop music obscures the fact that there is none.

Notably, the description does not address the future of what were thought to be Ong's and Kindermann's main musical projects: M1LDL1FE and Stopgap, respectively. It does appear that Heureux Pour Vous was formed without the rest of M1LDL1FE and Stopgap's knowledge, as this Facebook post from M1LDL1FE shows:

Stopgap – on the official social media front anyway – appear to have made peace with Kindermann's new musical direction. "Papa bird Adin has flown the coop," they posted on Facebook, before plugging the "tasty, salty, synthy project" to their followers.

When asked for further comment, both M1LDL1FE and Stopgap declined, citing "emotional exhaustion" and the fact that they both "couldn't stop listening to Good Music". If that isn't an endorsement, we don't know what is.