Pop is a merciless arena – its victors and victims will attest to its tremendously high-stakes rules of engagement. But one of its new entrants, Mabel Alabama-Pearl McVey who performs as Mabel, is already on what’s looking like a long winning streak. From the jump, the 23-year-old English-Swede has transcended her status as one of the year’s most prominent breakout acts: At this writing, she’s the 114th most-streamed artist on the world on Spotify, with her debut album High Expectations exactly a month old.

Hers is a trending sweet spot of dance-inflected pop, R&B and trap, kissed by a body-moving tropical breeze, that, heralded on her name-making 2018 mixtape Ivy to Roses, was brought to full bloom on her new album.

We caught up with the chanteuse for an interview during her recent promo run in Singapore and she opened up about the music that has led to her dazzling trajectory.

How has the year been to you so far?

Fantastic! Probably my favourite year so far. I feel like I've travelled more this year than I have ever – seen so many cool places and done amazing performances. I feel like there's just been so much growth this year.

What's been the single most interesting thing that happened to you in 2019?

I guess, I've just seen so many cool things and travelled because of one song – which is crazy. I was in Australia last month; I got to pet kangaroos – that was pretty cool! [Laughs] They're sweet; they were just coming up to me and chilling.


Congratulations on Ivy To Roses. What does it mean to you at this stage in your career?

Thank you! Ivy To Roses is a mixtape that's very different from the album I'm about to drop. That was more of a collection of songs – some short stories that are sort of timestamps to let people know where my head's at, right now, in that moment. With the album, it's been more of telling one story rather than a collection of stories.

To me, I was always going to take my time with the album, but I wanted to show people with EPs and mixtapes that I could still create a body of work.

Why did you choose to remix Drake's 'Passionfruit'?

I just love that record! I like emotional Drake – I like moist Drake! [Laughs] C’mon, man, it's cute! It's so sweet, and I like Drake singing so I was just like, "Let me just take a little moment with this”. Lyrically, I just thought it was nice as well. 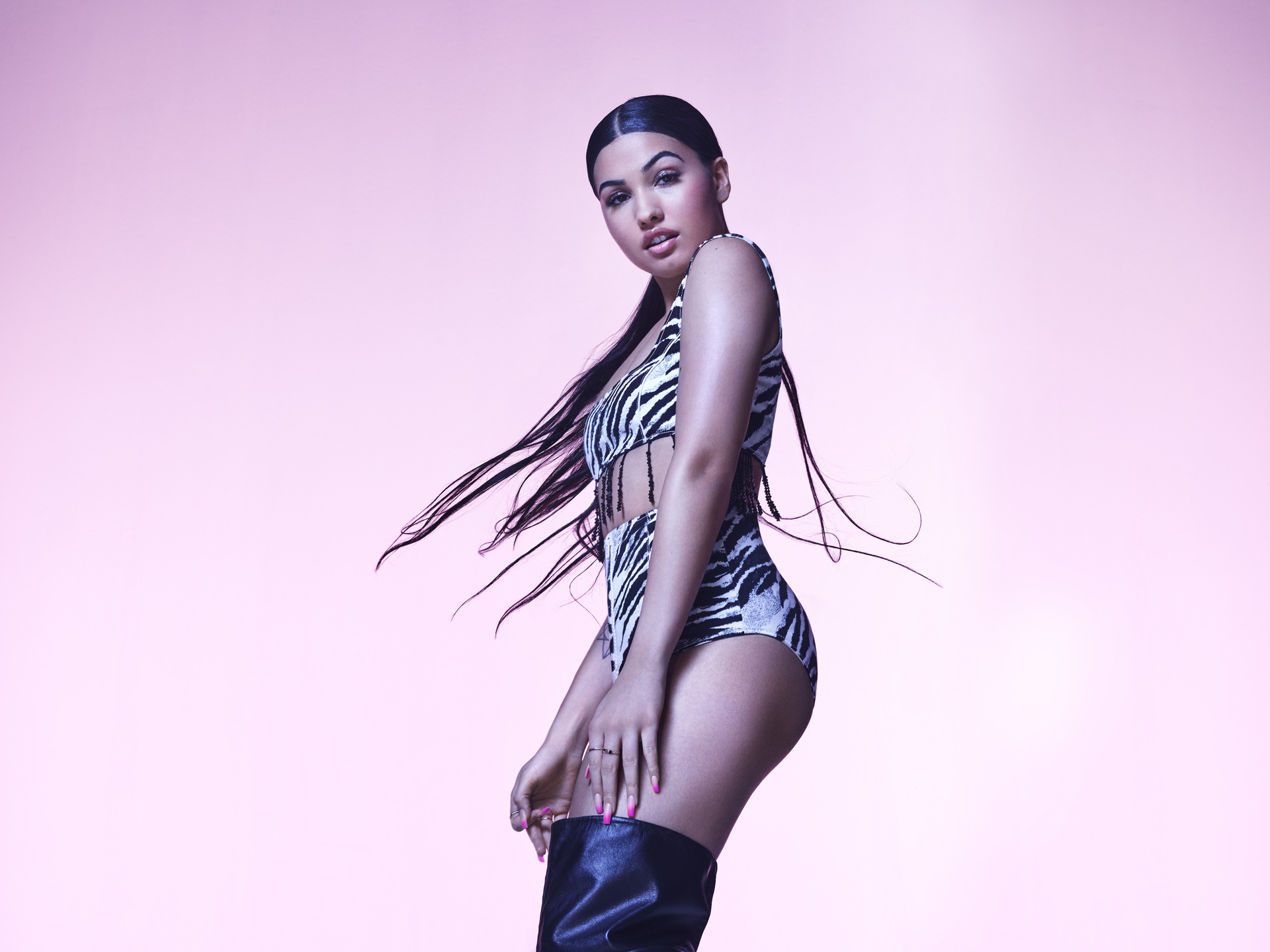 Let's take it back to 2018, when 'Ring Ring' was first released. What made you want to work with Rich The Kid?

Basically, I'd also done Rich The Kid's 'Plug Walk'. So I was like, "Okay cool, so now it's your time to do a little something for me!" [Laughs]

I just thought the song needed a male perspective on it, because lyrically, I was very harsh. So, I wanted a guy's take on it.

'Plug Walk' is such an imposing song, though. What made you want to rework it?

I love that song! I just think he's sick. And obviously it's a big record and it's the kind of tune where my friends and I would play it a lot before I go on stage or before we would go out. It's just one of them songs – we always have a Song of the Moment that we listen to together as a gang, and that was definitely it. So, when I got asked to do it, it was one hundred percent yes.

You supported Harry Styles on his self-titled tour in 2018, too. How was that experience for you?

Just insane. His fans are incredible. You never know when you go on tour with someone if the fans are going to be into your music – obviously we are very different musically. But they were just so supportive; I love them all so much! Every show was insane – my first experience playing arenas. I'd love to play them and headline them myself one day.

It was also my first experience touring on a tour bus – love it! I love being on the road and I prefer it than being at home. I get homesickness while travelling, doing promo and things like that. But when I'm on the road, the shows give you a sense of home, and that energy and adrenaline. I'm very addicted to standing on stage and performing.

Does that become as much of a routine as being at home?

Yeah, it does! It's almost more of a routine – at home, I never know what is going on. [Laughs] But on the road, you get so much energy from the people, it's just very addictive.

You were in Skepta's video for 'Shutdown', which has of become a monument in grime. What does grime mean to you?

Do you know what? I'm from loads of different places, but London is massively important to me. And grime, to me, is the UK. And I live for the fact that now, since around that time, the whole world's been looking at us for that because, obviously, we've been making grime for the longest time. But that moment around when 'Shutdown' dropped, I feel like the whole world started looking at us – it makes me feel very proud. I'll be in LA and I'll hear it, and its crazy! I went to Skepta's show in LA a couple years ago and it was massive, just American kids chanting "BBK! BBK!" – I was like "What is going on?" It's so sick!


What's got you looking forward to the rest of the year?

Just dropping an album – I'm such an album person, so you know that the fact that I've finally got one dropping soon is just very exciting!

I've done so many collaborations over the last couple of years, so this has to be my story. But there's one very important collaboration on it – her name is Camille Purcell and we wrote 'Don't Call Me Up' and 'Mad Love' together. And I wanted to have her on the album because the writing process with her has been so important. To me, that’s the best and the only way to collaborate – with people that you really vibe with as a person, that you have history with, and that you have just a real connection with.

I'd say, musically, what you've heard over the last year gives you a good idea of where it's going. And just in general, it sends a positive message; it's upbeat.

Finally, how do you feel about being part of the new wave of young contemporary R&B stars such as Jorja Smith, Kali Uchis?

Yeah, it's so sick! Obviously, the '90s was the Golden Era of R&B for women, but I do feel like it's come back around now because we all grew up listening to that music and we want to carry on that message. I feel like we're very positive and supportive of each other, which is so good, because, I feel like back then, it was like "Are you Christina or Britney?", and I feel like we're not like that at all. We're supporting each other and it just feels positive.