The world just can’t get enough of us (that may be some form of exaggeration) but Singapore has found itself on yet another world map with eccentric indie rock musician Mac DeMarco.

The 'Salad Days' songwriter highlighted our odd toilet etiquettes and conversations outside our beloved Home Club. All this in a striking tour ‘Macumentary’ from his 2013 world tour that would tickle your funny bone even if you don’t have one. Mac DeMarco was in Singapore in December 2013 for a headline show thanks to Other Sounds.

It all starts in 15:43 where Big Mac arrives in the now-defunct Home Club, conversing with another punter over shoegaze band DIIV’s failure to set foot here. "Hey DIIV, why don’t you come over to Singapore motherf*ckers, Cole, Colin, Devin, Andrew. Just come here, what are you waiting for?" We’re with you on that one Mac. 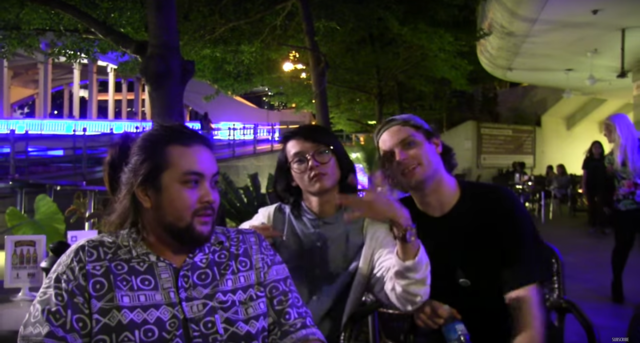 There is more commentary and laughs as Mac sits in on Singapore’s fast-moving culture, lamenting the fact that he can poop and bathe simultaneously on a toilet seat in a cramped cubicle of ours @ 16:03.

If you’ve the time, you really ought to catch this perfectly-edited documentary in its entirety — Mac visits a record-pressing plant, his recording studio in Brooklyn, a dog wearing a Mac DeMarco jersey and more laughable behaviours by the band.

Not to mention, with Mac’s eight-track mini-LP Another One out the past month, here’s hoping the squad stops by in an Asia tour to shoot another documentary again. We can take him around town.

Find out what we thought about his sophomore local set here at Laneway Festival this year, along with an intimate performance of new track 'The Way You'd Love Her' off Another One.