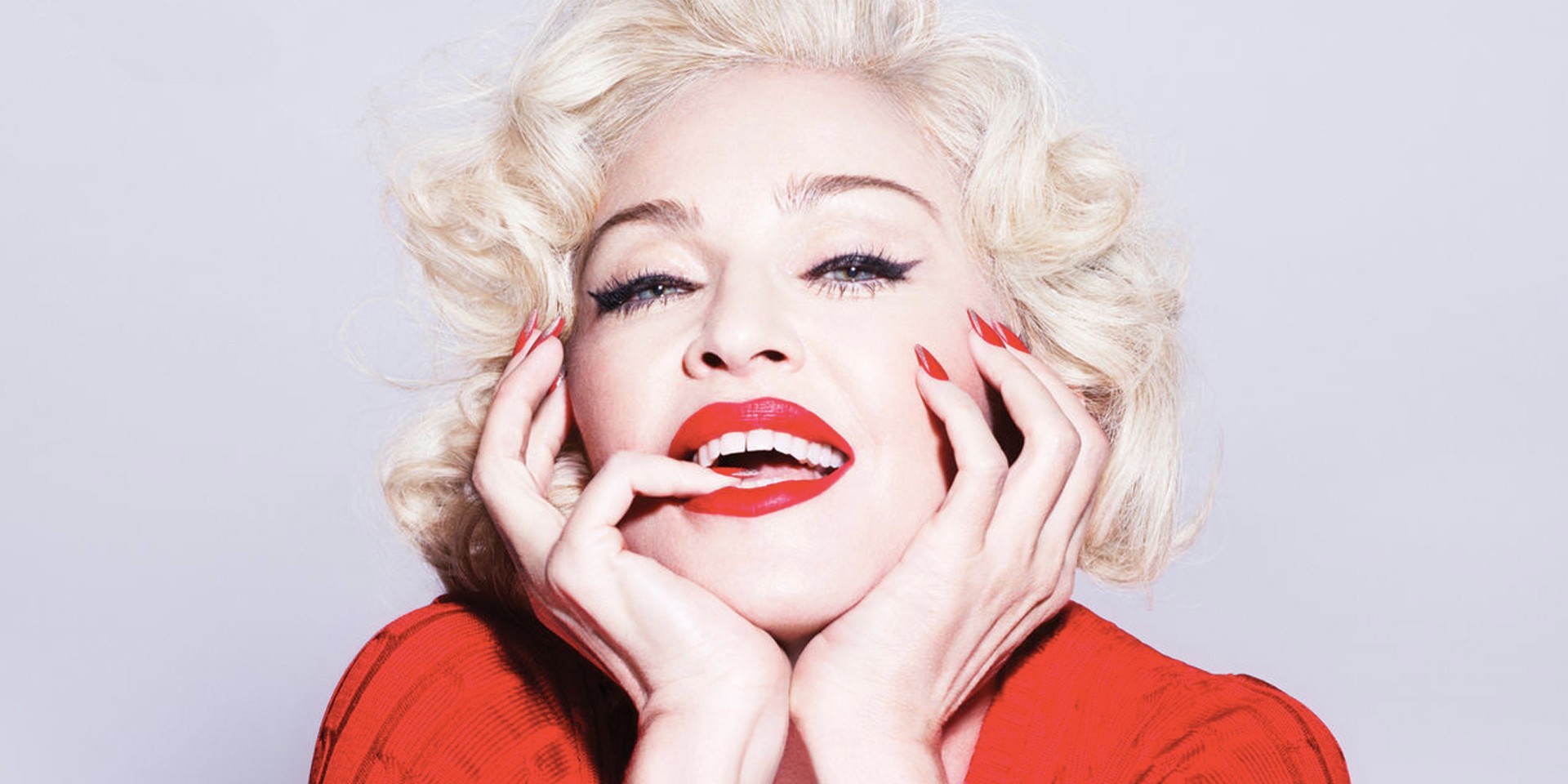 With previous announcements of tour dates in Asia, pop diva Madonna will finally be coming to Singapore.

While reports of a possible show were surfacing in late-November, headed by an informative piece by The Straits Times, it's still a known fact that Madonna was banned in 1993, claiming her performances "border on the obscene... (and are) known to be objectionable to many on moral and religious grounds".

Of course, we're 22 years into a thriving live music scene, and with Madonna still kicking it at 57 years old, we know many Madonna fans ache for her arrival. In the Straits Times report, IMC Live is reportedly bringing her in, and her official website has listed Singapore for February 28th at Singapore National Stadium. Live Nation Lushington will be handling her other dates in Asia, which include Hong Kong and the Philippines.

As we await for more details, pre-sales will be out for members of Madonna's official fan club, ICON, tomorrow at 10am, while public sales will be activated on December 22nd.

UPDATE: It appears that the Singapore date has been removed from Madonna's tour schedule. According to Channel NewsAsia, an email was sent out by the singer's official fan club, which initiated an exclusive pre-sale for tickets. The fan club is issuing refunds for any member who ordered tickets and stated that more details will be revealed about the situation. 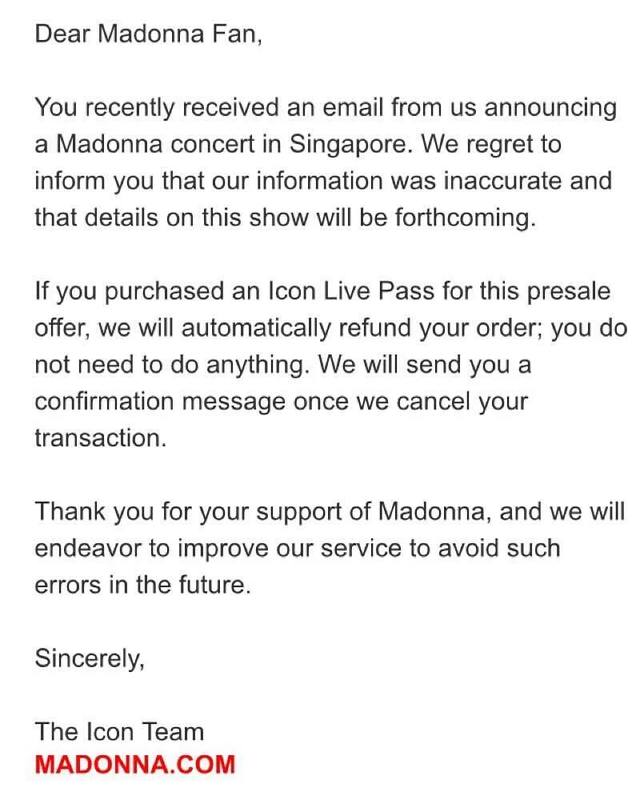 UPDATE 2: Yes, after a confusing whirlwind of speculation, Madonna is indeed coming to Singapore to perform during her Rebel Heart 2016 Tour. The Singapore date was confirmed by Mediacorp VizPro in a Facebook post. More details to be revealed shortly.

After decades of waiting, your prayers will be answered. Madonna is coming to Singapore with her ‘Madonna Rebel Heart Tour 2016’. Are you ready to catch her at the Singapore National Stadium?