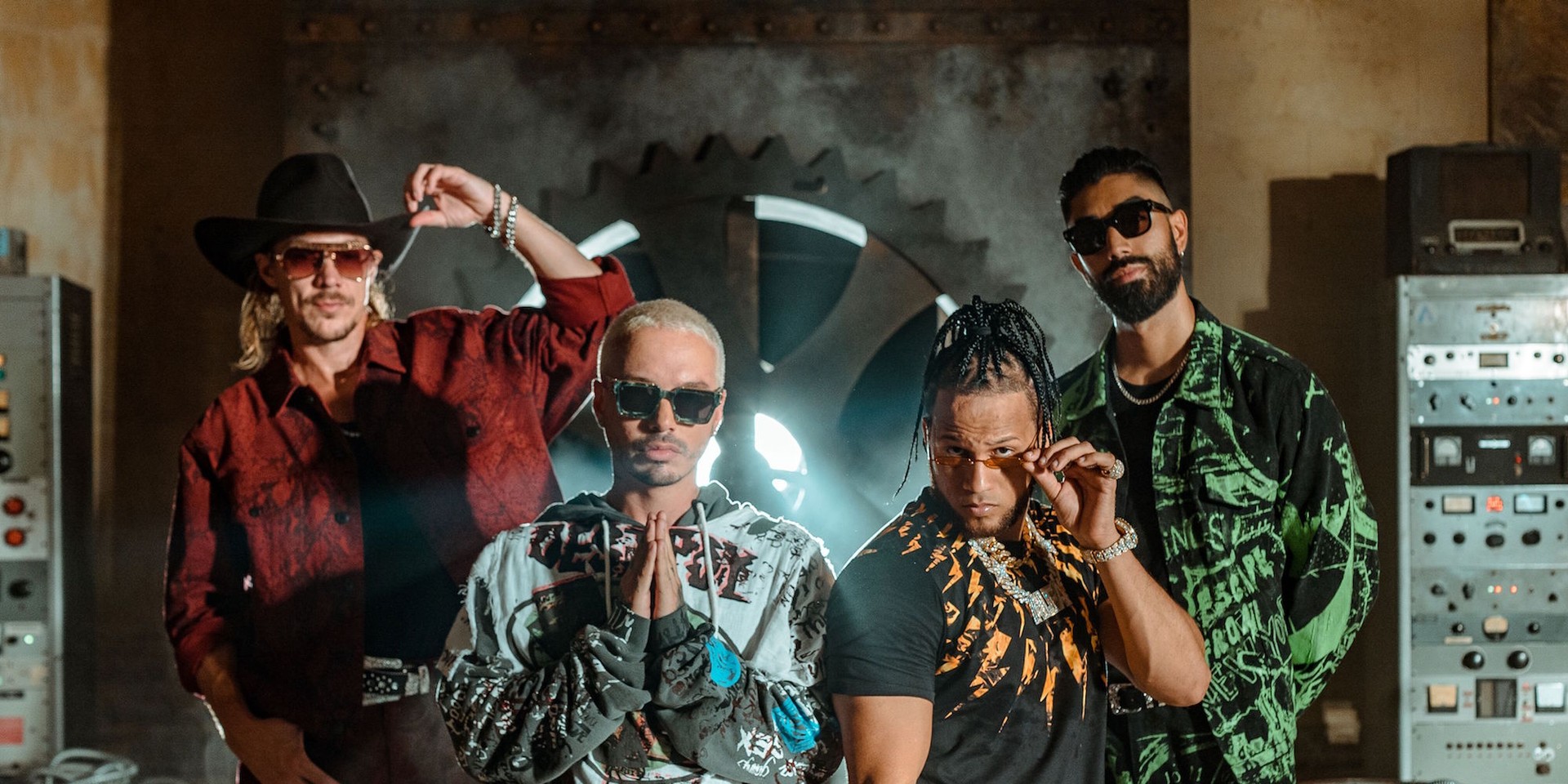 Major Lazer has returned with a thumping new single 'Que Calor' – with the help of two fellow masters of the form, J Balvin and El Alfa. The track is also accompanied by a music video that ably captures its distinct kineticism.

Forged in the crucible of dancehall, the track is composed of elements from the home countries of both its featured guests: A sample of the cumbia classic 'Curara from Balvin's native Colombia and dembow rhythms from the Dominican Republic, where El Alfa is from. This being a Major Lazer production, the emphasis on percussion is what makes this a driving banger with interesting twists and turns.

Diplo, Dee Mad and Tropkillaz present a bevy of drum sounds, interlacing samples of traditional instruments with bass-buoyed beats, making for an exquisitely propulsive energy. The movement bestows with the proceedings with colour and vibe – unhinged and stylised, it's a precision-engineered dance floor-shaking weapon.

Balvin and El Alfa serve as ringleaders, urging the unfolding rhythms along with their respectively rapid cadences. The former reprises his patent Latin trap swagger while the latter unleashes a frenzied flow of rapid-fire Spanish.

All of this converges in the Colin Tilley-directed music video that features Balvin, El Alfa, Diplo and Ape Drums and the iconic Lazer Gyals dancing in various fiery environments.