We all know about that one weird kid in class, the unpopular-but-not-uncool person  who says the most random things out loud which you shun and then realizing that hey, it's actually pretty funny. Math-rock is a little like that. The off-kilter qualities can be off-putting at first and you don't get the whole thing, saying things like "Oh, I guess you have to get used to it". And it's only when you do get around to getting to know the music is when you start to love and take in all that complex structures, odd time signatures and angular guitar work. It's not exactly what you'd call popular music, but you love for all it's little oddball qualities.

Lately, Ireland seems to have that sphere of cheerily eccentric, math-oriented style of sound locked down to a T with bands such as And So I Watch You From Afar, Adebisi Shank and BATS emerging from the island up north. Enemies count as one of the genre's most beloved exponent, hailed for their fascinating, well-crafted melodic compositions - making even the most disinterested listener to nod and tap their fingers along to their music. Bonus points for having two outstanding albums, bonus points for being signed on to the spectacular Topshelf Records.

I suppose it was not completely coincidental that we made our trip to Manila to support yet another math-rock band, with ANECHOIS earlier in May and again in September for Enemies - there's not a lot of demand for math-rock acts in Singapore, especially ones that are virtually unheard of outside the genre's cosy niche. Nevertheless we were hard-line fans of next-level music, and making the trip to Manila's 19 East pub and restaurant for a night with Enemies was a no brainer.

Outside the venue, the marquee was shouting that night's music lineup in block sans serif letters - ENEMIES, PULSO, SKYMARINES. It's the same thing you'll see every night at music venues in Manila; they make damn sure that everyone passing by knows who'll be playing on any particular night. It was a momentous occasion too: Paranaque City was the last stop in their Asian tour (courtesy of White Noise Records and Terno Recordings) before taking a break back home in Ireland and then it's off to North America for a tour (with Toe!).

Standing outside the bar, the winds were blowing hard. Typhoon Usagi was threatening to make a mess out of everything as it started making its way through the Philippines and towards Taiwan and Southern China. We were already running late (thanks to settling the various F1 Singapore material) and managed to catch only one of the two local opening acts, Skymarines. 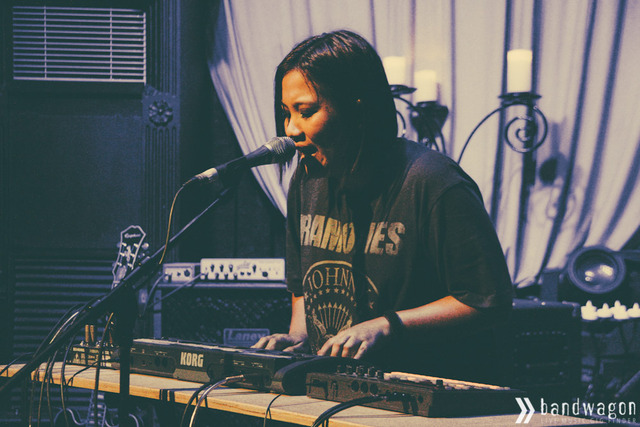 The crowd milling inside was a variety bag of characters; an assembly of very young, very impressionable teens, older office-type professionals in uncuffed shirts, a couple of konyos at the back and then there were us, the non-white foreigners. Which was alright most of the time when we weren't mistaken for locals, shouting at us in Filipino. Skymarines played an endearing set, a solo electronic act - the filipino version of Singapore's Weish if she was electronica-inclined. We watched as she exchanged nervous looks and banter with the crowd, who really were there for some remarkably tight math-rock.

When the mainstays did get on stage, they wasted no time at all getting into the heat of things with the title track off their debut LP We've Been Talking, and my personal go-to math song. It's an incredibly catchy tune, with a fantastic sense of melody, hammering rhythms and constantly shifting time signatures. Even with all that going on, Enemies made it look laid back, playing the song live with quiet intensity. 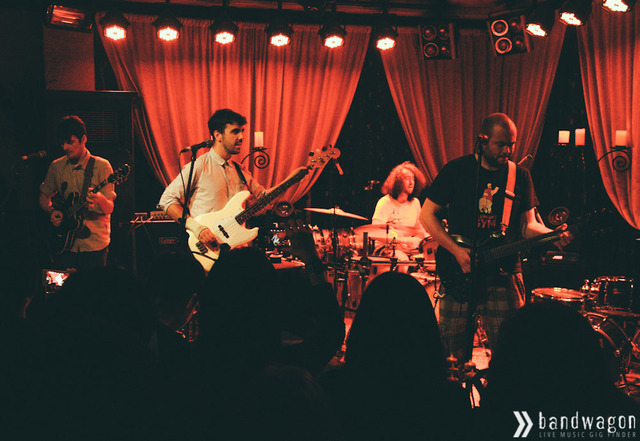 If the band was calm, the crowd was anything but tranquil. Everyone were visibly thrilled and bright-eyed over seeing Enemies live on stage, unquestionably intoxicated by the dynamic energy of loopy, inter-playing guitars and intricate drum passages. It seemed that even the Irish quartet were taken aback by the good vibes, mentioning how the Manila fans were different from the other Asian crowds, who were less animated and more polite. Not this crowd though - people were either rocking themselves or shouting along to the music (impressive for the fact that the songs are mostly instrumental).

Compared to to their contemporaries Toe or even Manila's tide/edit, Enemies' sonic palette consists of lesser technical skills but similar lively articulation of musicianship. Watching them effortlessly play through their best songs (Robert Reid! Indian Summer! Fierce Pit Bosses!), they sound like a party; full of infectious vibes and gleeful mischief. 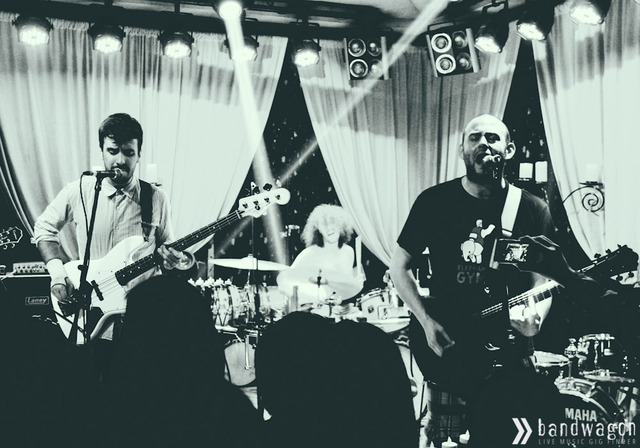 The band were all full of grins, all sincerely ecstatic with the fact that here they are on the other side of the world, playing for passionate fans in a cosy bar filled cheap beer and cigarette smoke. They mentioned that the venue and the crowd reminded them of Dublin, effectively pointing out the distal connections between the Irish and the Filipino.

The set was a spectacularly entertaining showcase of math musicianship, and the audience didn't even let Enemies have the chance to go off-stage before shouting for an encore. The quartet gladly obliged, and rightfully responded with the most explosive live renditions of 'Piano' before segueing into the ender 'Morse Code'. Life-affirming stuff. 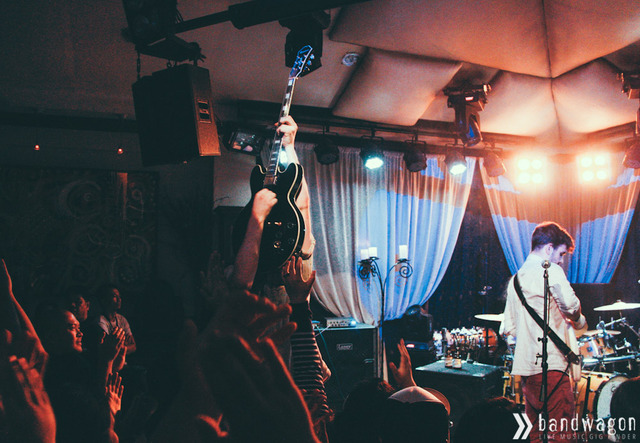 We didn't even have the chance to digest all that awesomeness when the band left the stage and started mingling with their fans - a true testament to their modesty and complete lack of pretension (an unfortunate affliction that sadly affects even some Singaporean bands). They were completely genuine lads, all of whom were extremely impressed and chuffed to pieces that we flew in just to catch their set. They did promise to try dropping by Singapore for a show next year though, but we'll see.

The rains of Typhoon Usagi started coming in hard outside the venue, and the merch tables had to be moved inside for fear of being swept away into Laguna Bay. All in all it seemed like inversion was the theme of the night; it was less of an Indian Summer and more of a South China Storm. Cold, wet but utterly content - we left 19 East with the pleasure of making friends out of Enemies. 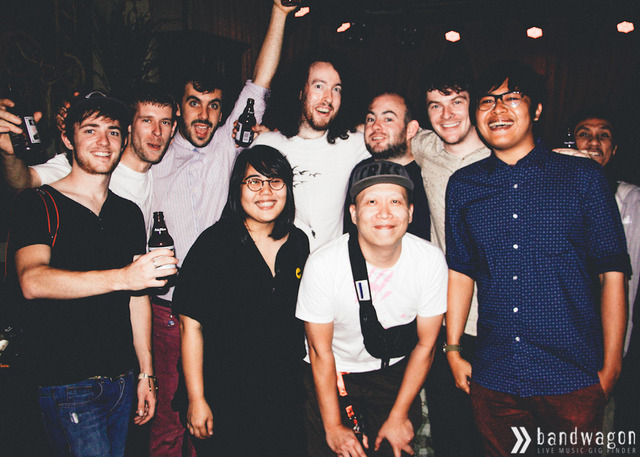