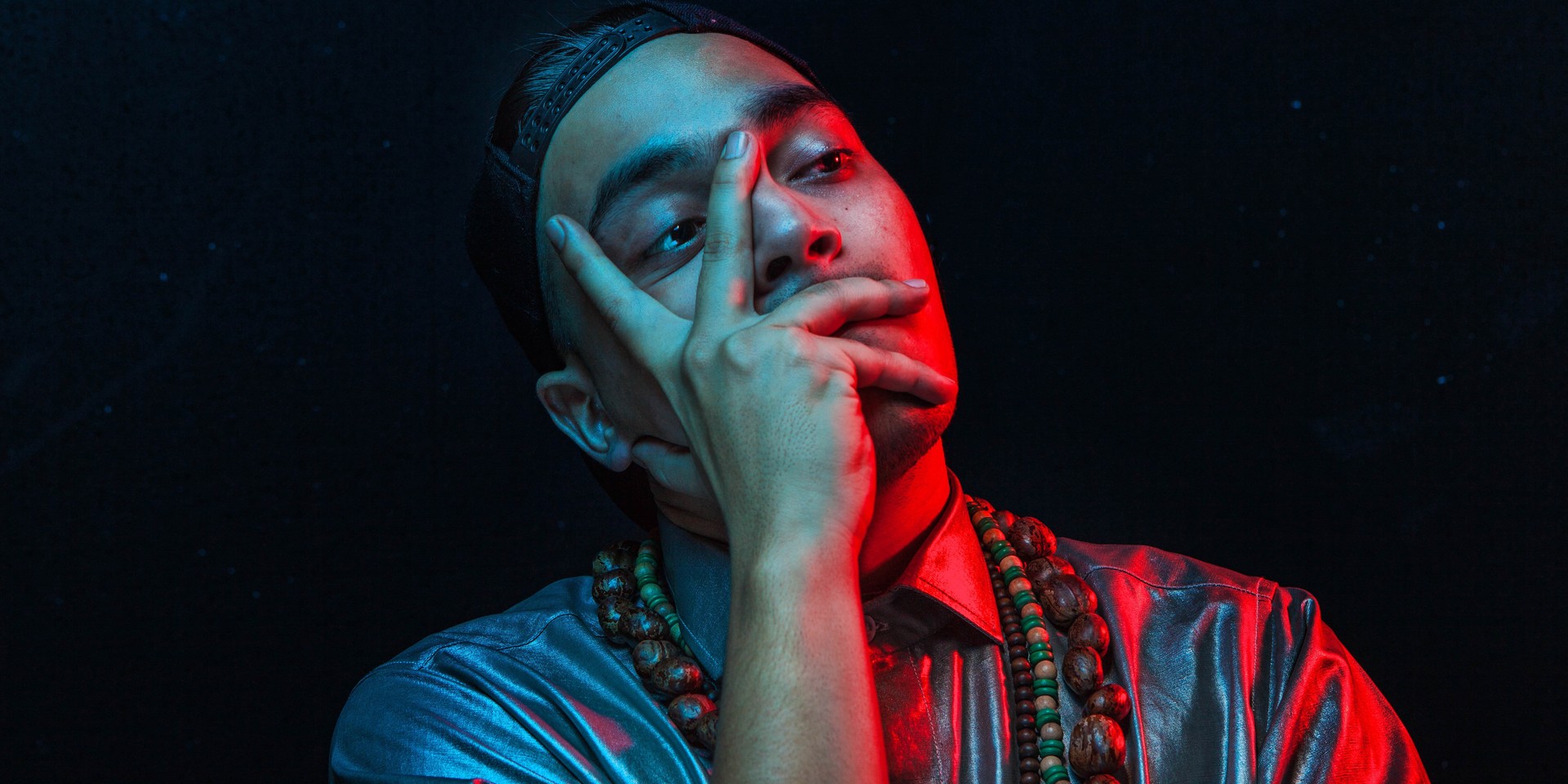 Growing Up Sucks may be SonaOne's (real name Mikael Adam Lozach) first official document as a solo rapper, but in truth, the prodigious creative has been entrenched in hip-hop culture since he was a young boy.

While still living in France, Mikael discovered that he was pretty proficient with a spray can at the tender age of nine. After hundreds of hours of practice, he sought to emulate the vibrant tags of Parisian graffiti legends such as Serval, Mode2 and Nasty before eventually developing his own signature type of Wildstyle. By the age of 13, SonaOne had already established himself as an eminent graffiti artist back in his hometown of of Malaysia.

Seeking out fresh artistic challenges, SonaOne soon moved on to music production as a teen. And much like his quick rise in the graffiti world, his soulful and jazzy productions swiftly catapulted his name as one of the most in-demand beatmakers around the region. His golden-era aesthetic proved to be popular with hip-hop luminaries like Sheikh Haikel, Micbandits (Brunei), Dandee (Thailand) and Thaikoon (USA) among others back in the day.

But as successful as his young career was already, in hindsight, SonaOne only truly broke through under the wing of Malaysian hip-hop king Joe Flizzow. The former Too Phat member and current Kartel Records boss instantly saw Mikael's raw aptitude as an MC when they collaborated, and has subsequently spent the last six years nurturing SonaOne's unbridled talent as his friend and mentor.

Since joining Kartel Records, SonaOne has thus far released four mixtapes and accumulated over a million downloads thanks to the widespread acclaim of tracks such as 'Who Do It Better', 'Havoc' and 'Apa Khabar'. It became really difficult to deny the young rapper's his due after a while, and as hit after hit stacked up, respect continued to grow on the streets of Kuala Lumpur and with the critics online.

Just last year, SonaOne sealed his legacy in the annals of Malaysian music history when his first single 'No More' not only won the "Best English Song” award at the Anugerah Industri Muzik (AIM 21), but also the coveted “Song of The Year” award, becoming the first English and hip-hop song in the award’s 21 year history to earn such an honour.

Folks in Singapore may not quite grasp its significance, but these unprecedented back-to-back wins at Malaysia's most prestigious industry awards ceremony, essentially made SonaOne the most celebrated new artist in the country. Further achievement at Malaysia's premiere songwriting award show, the Anugerah Juara Lagu 29, followed just a couple of months later, where his collaboration with Joe Flizzow ('Apa Khabar') became the first hip-hop song to ever win the AJL in its nearly three decade long existence.

At only 22, SonaOne has already proven himself to be a singular generational talent, able cross over between the underground and the mainstream unlike anyone we've ever seen. He's broken boundaries and records in equal measure over the last year or so, and SonaOne is wisely using that swell of momentum to finally release his long-gestating debut Growing Up Sucks! Four years in the making, this freshman record documents the young rapper's coming of age, and judging by the universal praise its received across the Causeway, the album's sonic diary is proving to be quite the compelling listen.

We caught up with the fast-rising rapper recently to talk about the Malaysian hip-hop scene, the real-life experiences that inspired Growing Up Sucks and his friendship with Singapore's very own Akeem Jahat. 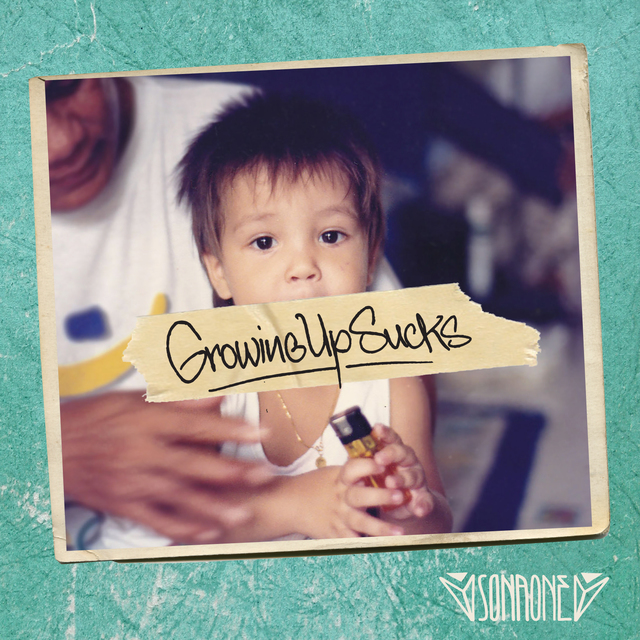 Hi Mikael! Congratulations on the release of Growing Up Sucks. We hear the album has been many years in the making, so how are you feeling now that it’s finally out there?

What's up guys! I couldn't be more happy than right now, it's been a long time coming but it's definitely worth the wait! I am over the moon from the fact that I can now share my story with my fans.

You just held your album launch at LUST KL a couple of weeks ago. How did the party go?

The launch went great, the place was packed with fans, family and and close friends. I got to perform the majority of my album songs for the audience, and It was truly a memorable event - wouldn't have had it any other way. 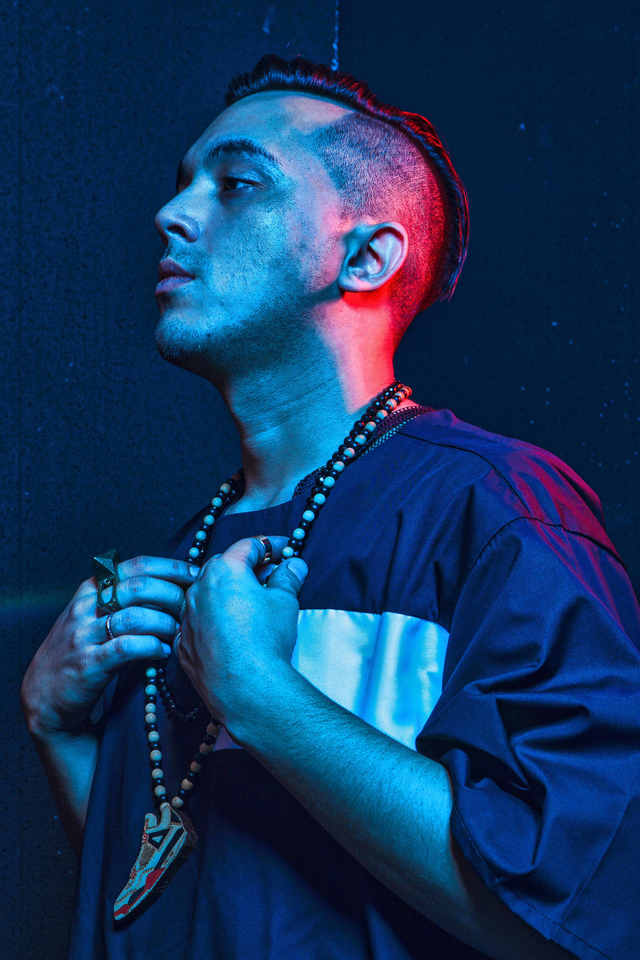 The LP seems to be sonically broader and more adventurous than your previous work. What was the writing and recording process like?

The production process of this album was done very meticulously over the past few years, mostly because I am a borderline-maniacal perfectionist! (Laughs) Essentially, the songs on this album were written during crucial moments in my life, which helped to make the production sound more organic. I didn't set out to write songs that fit within the concept of the title, nor was I recording tracks for the sake of doing so. I was aiming to push myself to tell my story in the most accessible approach musically to make the fans relate.

As its title implies, this album appears to be about growth. Was Growing Up Sucks an expression of personal experiences? And if so, could you describe your thematic inspirations for us?

This album is definitely somewhat of a musical diary that encompasses my journey towards adulthood. While some of it may be fictitious, everything on this album was inspired by true events or moments in my life that affected me. The songs were arranged in such a way that if you listen to the album from top to bottom, you will hear the evolution, the transformation from a young 22-year-old that doesn't want to grow up, to an grown up that is coming to terms with the realities of adulthood. Fun stuff! 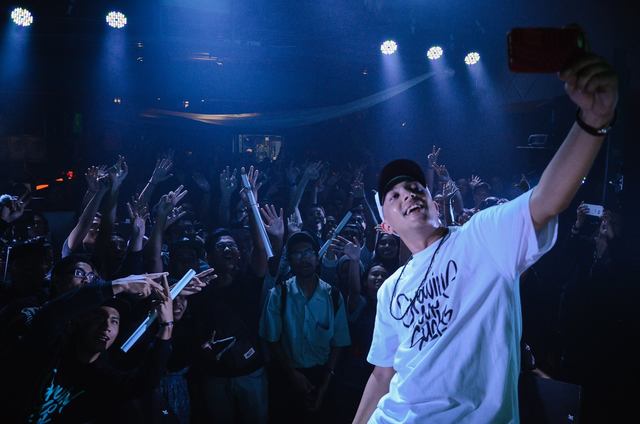 You have a close personal and professional relationship Joe Flizzow. How has Joe and Kartel Records helped you growth as an artist?

Joe is my mentor and big brother. Joe didn't have to teach me how to write or produce but he taught me how to be an artist, and that talent means nothing without hard work and discipline. Kartel is the team, the backbone and support system that allowed me to turn my dreams into a career.  Everything from stage presence, crowd control to working in the studio recording as an artist or as a producer; I was trained by the best.

What kind of input did Joe Flizzow have on this album?

Joe came in on this album as an executive producer. Pretty much every single song I've recorded for this record was QC'd by him, even the tracks that didn't make it to this album.

Singaporean rapper Akeem Jahat has a memorable guest spot in ‘Go Do That’. How did that collaboration occur?

Akeem and I go way back. Aside from my Kartel team, I started out my musical adventure as being a member of another crew, the 22s, or more recently known as XXII . Akeem, as well as many other talented artists, were a part of this crew. We both have come up from the underground scene in similar ways, through the mixtape route, so when I saw that he had put in a lot of work releasing some fantastic game-changing music I just thought his appearance on this album would make a lot of sense, and would compliment the story told in Growing Up Sucks.

This is a difficult question, but which track on the album means the most to you personally?

Every single song on this album means a million things to me personally. I could go on and on about each song in detail but if I had to choose just one, it probably would be 'Confirm Ah'. This song talks about the passion, hard work and determination I put into my craft - the blood sweat and tears that nobody sees or knows about. Music is literally my life, and if anybody were to take that away from me I would become an empty vessel. At face value, some might interpret this song as being arrogant, but the so-called ego trip that occurs here is just me telling myself to beat the odds and that I can succeed because I believe in myself to the fullest.

Final question, for those who are unaware of the younger rappers in Malaysian hip-hop, who should be looking out for?

Malaysia is bubbling with talent from all corners, and the platform is set for younger artists today to thrive. I have my eyes set on a few names that are coming up, but one young artist does stand out from the rest. He's an extremely hard working 19-year-old chap who produces, writes, raps and sings. We call him KIDD, and to some extent I see a lot of myself and my work ethic within this talented dude. Keep your ears peeled!

SonaOne's debut album, Growing Up Sucks, is available via iTunes.