It's not so often that Southeast Asia is bestowed upon with hip-hop acts, let alone the hottest and strongest in the game. The genre itself has been challenging to market and promote in our region, with lyrical content that'll raise an eyebrow of one too many media authorities.

Thankfully, it seems like restrictions have been raised — slowly, but it's a process that we're certain will alleviate as long as it maintains a dominant chart force. Thank our lucky stars we've had Ghostface Killah and Raekwon in Singapore last year, or Kendrick Lamar in Manila for the oddly-curated lineup for 7107 International Music Festival. Big Wig Festival in 2012 took on the challenging task of creating an all hip-hop fest, with veterans such as Jurassic 5 and Pharoahe Monch as headliners. Also, who can forget Kanye West's triumphant appearance at SingFest in 2008?

With MTV Music Evolution in Manila this year, it's a sure step in the right direction. Even with initial announcements confirming classic East Coast rap group Naughty by Nature along with homegrown Filipino rappers Gloc-9 and Abra, it's this second wave of artists that hip-hop afficionados have every reason to get excited about: rising West Coast rapper YG along with his partner-in-crime/established beatmaker DJ Mustard.

Part of a revival of the beloved West Coast scene in the US — a scene that initially spawned legendary artists like N.W.A., Tupac and Snoop Dogg — YG gained critical acclaim after the release of his 2014 studio debut My Krazy Life. Meanwhile, DJ Mustard has earned himself a spot among the ranks of the hottest producers in hip-hop, defining the current West Coast scene with the 'ratchet' sound that is reinvigorating rap music for the club.

While DJ Mustard, real name Dijon McFarlane (no wonder Mustard), was responsible for most of My Krazy Life, he'll also be performing his own solo set, most likely pulling songs off his debut record 10 Summers. MTV Music Evolution will mark the live Asian debut of both artists. 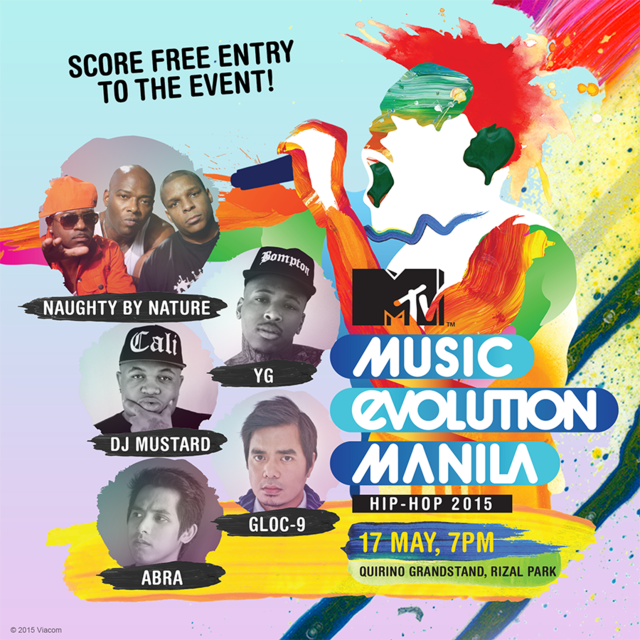