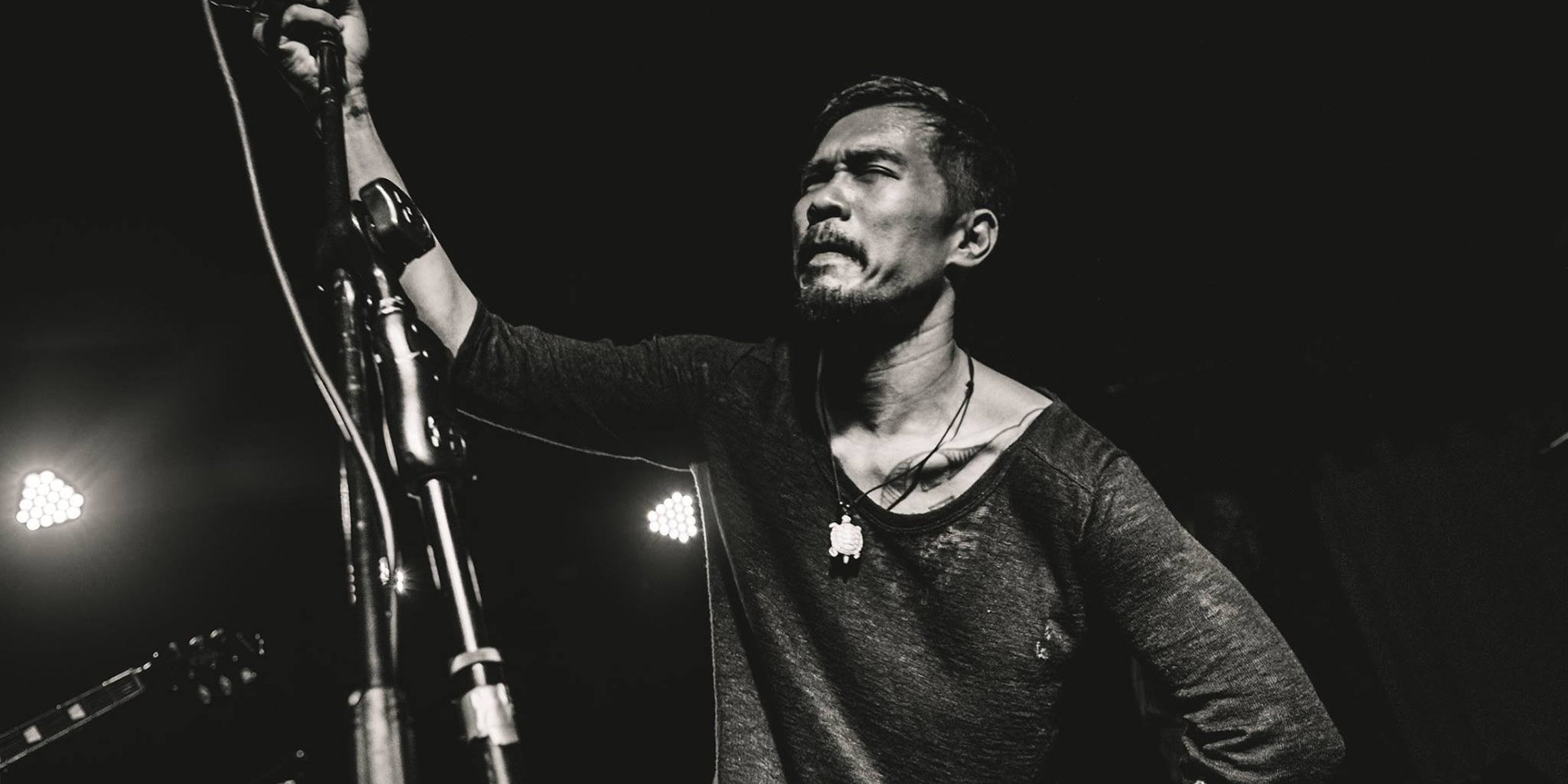 Two years ago, Marc Abaya grabbed a pen and wrote what would be his solo debut single. The Kjwan singer's 'Red Bleeds to Blue' is replete with honest words packed with a grunge sound behind his acoustic guitar.

Despite his busy schedule between Kjwan and his latest acting gig as Charlie on GMA 7's My Guitar Princess, Abaya set up camp at Yellow Room in Ortigas with producer Monty Macalino and engineer Magic Montano for two days to record his first solo effort. But Abaya wanted to go big. He recruited director Rember Gelera and actress Tiana Cruz for the official visual of 'Red Bleeds to Blue.'

Bandwagon caught up with Abaya to talk about his debut solo offering, his future plans as a solo artist, and the fate of Kjwan.

What inspired you to work on a solo project?

I wrote this song in 2016. I knew at the beginning of the year that I had to do it ASAP. By myself.

Tell us what 'Red Bleeds to Blue' is all about.

It’s about letting go. That it can be beautiful. Peaceful. But it is about a specific person who is still a good friend of mine. One of my best friends actually.

What's it like working with Yellow Room, and why did you decide to record your solo debut with them?

I knew I had to record the song in the studio where everything began for me--The Yellow Room Studio in Pasig. I also needed a producer, a leader, a musician whose musical sensibilities and guidance I believe in--Monty Macalino. After one conversation he immediately took me in. We began working on the song around March of this year. It took two days to record and one day to mix and master. The idea was to keep it simple, bare, as naked as possible.

I will forever be grateful to Monty and his team, specifically Magic Montano our sound engineer, for their energy, genuine support, patience, and belief.

Who else is involved in this project?

There was only one man I wanted to direct [the video]--Rember Gelera. We’ve been working together since 2014. Ever since our first project, I’ve always admired his skill as a storyteller and trusted him completely when it came to interpreting this song.

We began throwing ideas in the air; how to visually narrate this song in one minute; an endeavor we both find to be new and exciting. Rember worked his magic, he assembled a team, put me and Ms. Tiana Cruz in a 14-ft pool from 9 p.m.–1 a.m. on a Sunday night and crafted a one minute viral video.

We hope you find it stimulating because all those involved believe that what ultimately matters is the song. To get you to, at the very least, give it a listen.

The cover art is by an artist I’ve loved since March of last year, War Espejo. Brilliant artist.

Are you looking to do a full-length record or EP and play some live shows?

I do have a couple of demos and songs I came up with next to Paul Marney of the Bleu Rascals, but I honestly don’t know. People have been asking me about that.

What does this mean for Kjwan?

Kjwan will always be. It’s a rock band na yung foundation yung friendship namin. It’s the most important thing for us. We grew up together. It just so happened that we liked the same kind of music and that we all wanted to be in a rock band. Otherwise we eat, drink, watch movies, geek out, stay kids forever.