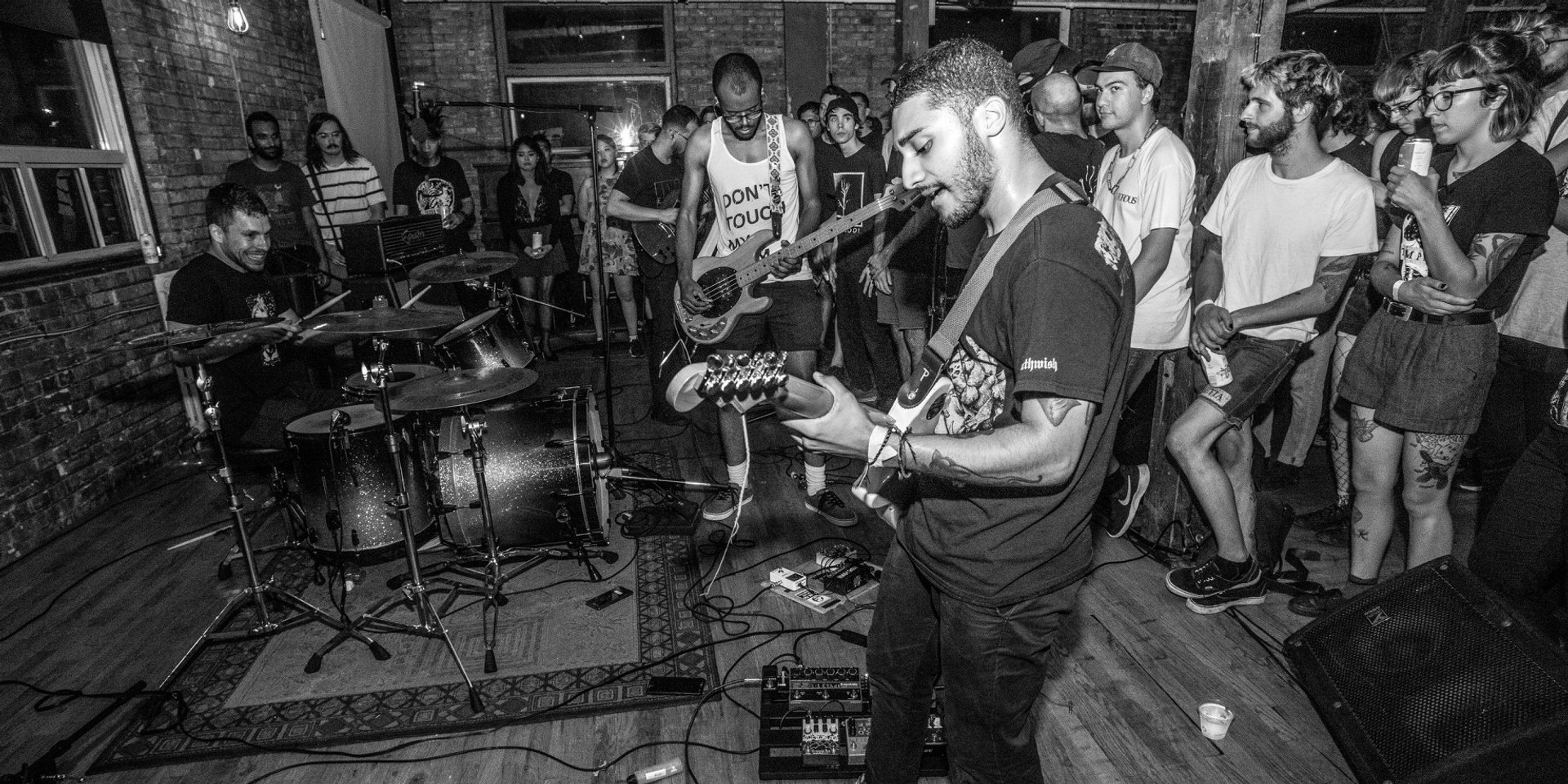 New Jersey quartet MASSA NERA has announced a Japan and Southeast Asia tour and has confirmed that Singapore will be one of its stops.

Revolving its sound around post-hardcore and screamo, the band has produced three EPs and a full-length album, Los Pensiamentos De Una Cara Palida, which was released in 2018. Touring with them is Malaysian experimental post-hardcore band Mortar (first three dates) and Singaporean emoviolence band bethari (all Southeast Asia dates except Indonesia).

Check out the full tour dates on the poster below. 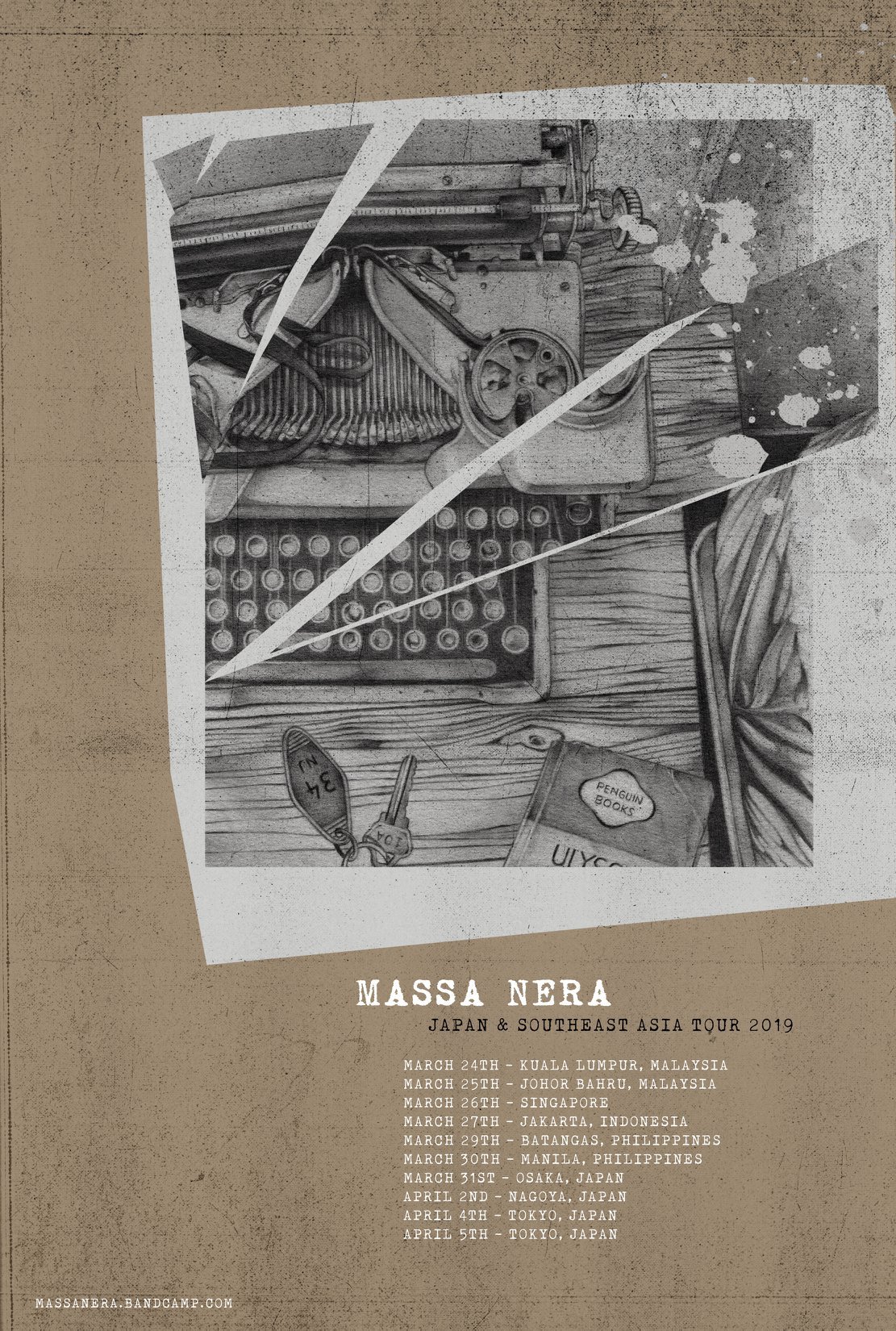 MASSA NERA will perform on Tuesday, March 26, at Lithe House. Tickets will be available at the door for $10. 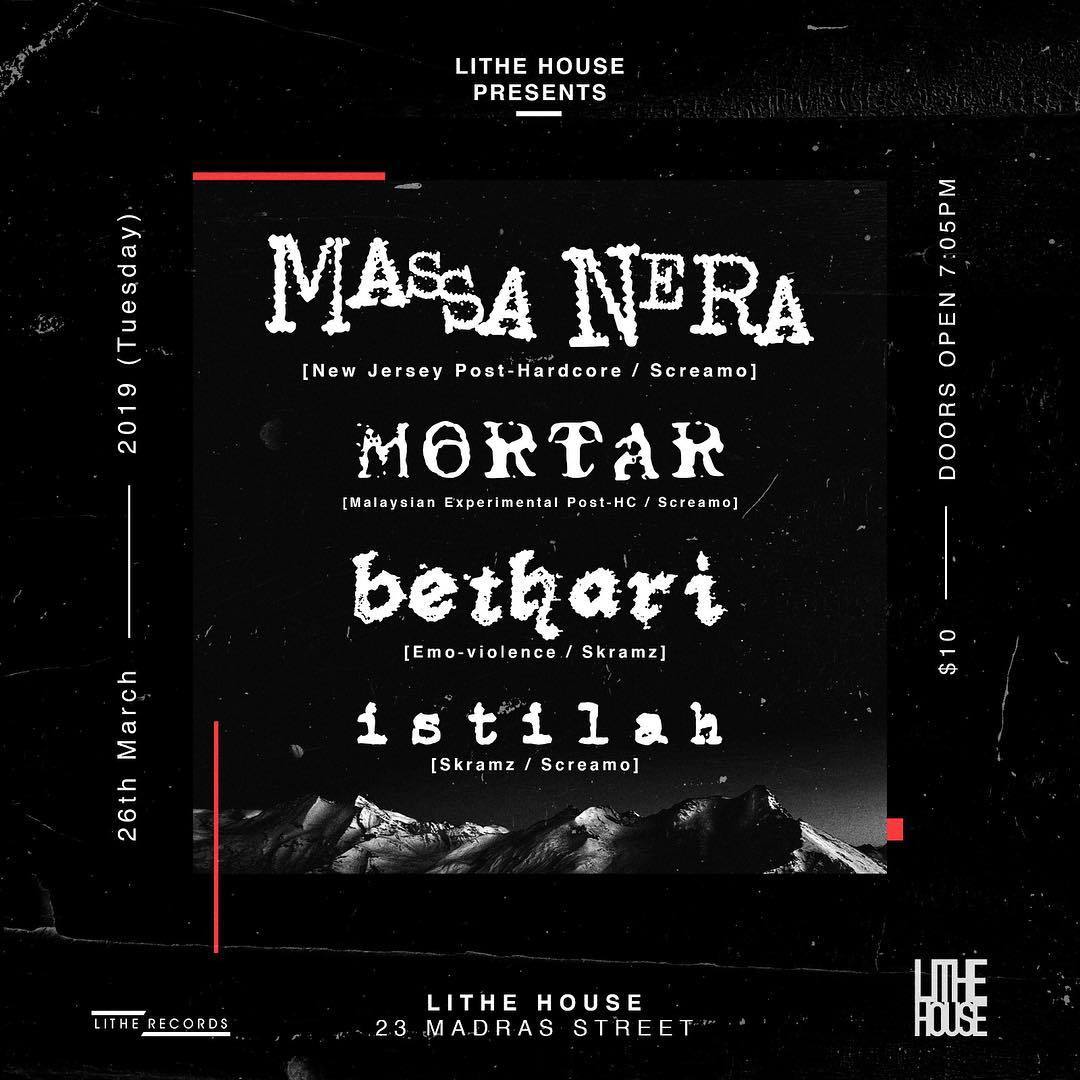