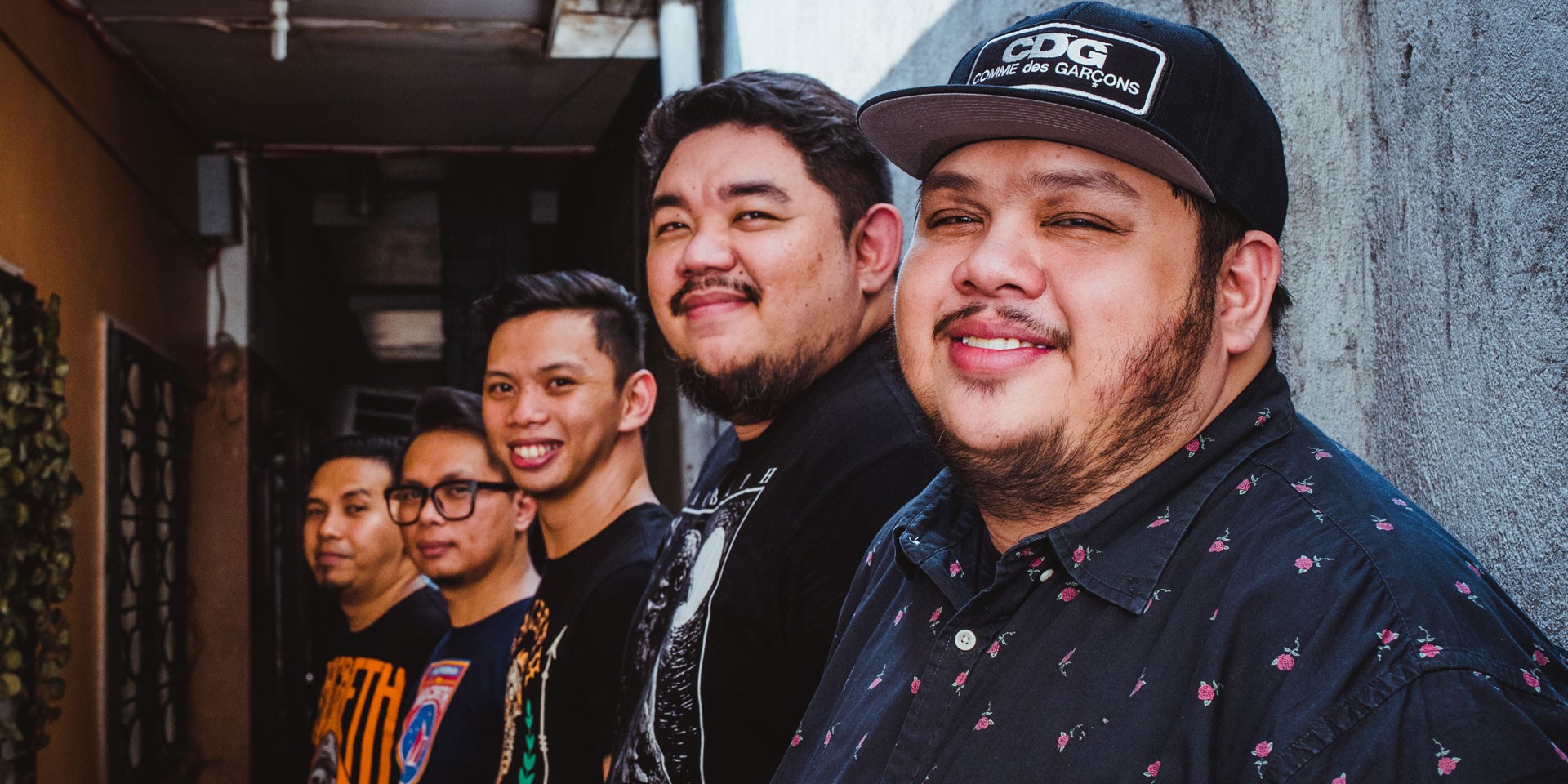 It's been a wild 16 years of music for Mayonnaise.

Bandwagon caught up with Mayonnaise's Monty Macalino to talk about the biggest parts of their career through their discography, ahead of their headlining concert Akalain Mo 'Yun at the Music Museum on June 29 (Saturday) and their Yellow Room Music showcase in Singapore this November.

What was the recording process like for this album? How different is it then compared to your process today?

Before the songs were already written prior to recording the first album. The process of recording said songs are meticulous and needs more effort; coming from Red Horse Beer Muziklaban gig when we won, the band was tired as well during recording sessions. Another difference was there was a budget for recording before. Compared to now, the process changed due to digital recording, you can record your part and just send it to the group. It was more exciting before recording together.

Tell us the story behind your crowd favorite hit 'Jopay.'

This actually happened during the Lenten season of 2002. I was home and watching Eat Bulaga's Lenten episodes and I was caught off guard when Jopay was crying in one scene. My initial thoughts were "Bakit siya umiiyak? Nakakatuwa naman na di lang pala siya sumasayaw." The song was just my way of telling the person I admire (Jopay) that whatever she does, she can make people happy without her even knowing and if we were in an ideal world we would be together and I would bring her home (chorus).

Tell us about your favorite track on this album.

During this time—there was a surge of songs that was released from multiple artists. The music industry and the band scene was booming. Along with the success of our first album and our win on Red Horse Beer Muziklaban two years ago, there was sort of pressure for us to release this album. Looking back, we could have been more patient in releasing the album. I have a lot of favorites on this album but my top two would 'Deeper Meaning of Love' and 'Sana Kung.'

Did you feel that "sophomore slump" with this record?

During that time yes, but there is always a reason for such feelings. We were pressured to release a new album so that we could ride with the success of the first. It was also a transition album for us because we were already relatively known compared to the time the first album was released in which we were only a new band that won the Red Horse Beer Muziklaban.

What was the overall theme that surrounded Tersera?

Can you share a story about your writing process for this album?

The process was Paga (guitarist before) and I spoke to each other, he sent riffs and then I would write a song for that. I felt a burnout in writing songs, Shan and Lee also gave songs for the said album. And this is the first time that Angelo Rozul recorded an album of Mayonnaise.

How does it feel to get so much love for 'Ipapatawad Mo'?

It feels really good, we chose that song because way before we were offered to cover the song, we have already been playing the song in our gigs. It is a classic and it has always been a privilege that we were given the chance to do the said cover. each time we play this song we always make it a point to give justice to the song

Which track was the most challenging to write?

All songs have the same difficulty to record and write. The main difference was we went to our house at Cebu and recorded the whole album to have a different feel. It wasn't difficult but it was a challenge due to the different environment. We had the same freedom as we had with the third album hence the process in writing was not much of a difference. But if given the chance to go back in time. I know I would be able to give justice to certain songs that we didn't put much attention to that has only gained traction recently like 'Kapag Lasing Malambing' and 'Synesthesia.'

Tell us the story behind 'Sa Pula, Sa Puti.'

For this song Paga made the riff and I wrote the lyrics. The story behind the song is that during that time I felt that I was at a crossroad and I had to choose between quitting or staying in the band.

This was your first release under your own label. What were the struggles you faced in taking this new independent direction?

After the release of Pula, we were provided a number of options by some labels but they wanted us to make a cover album to get back on track. It was at this time that Paga left as well. I was at another crossroad if I were to pursue my career in music or just let it go and perhaps venture into other endeavors. But I decided to continue with my passion which is music and accepted the challenge. The struggle was more of the manual labor. we had to personally deliver or present our album to record bars, finalize distribution (physical) deals and provide digital copies of our singles to radio stations as well. Though we did not have much radio airplay, we were able to prove that being independent is doable.

Who else did you work with in making this album happen?

Angelo Rozul and a couple of friends, along with my Yellow Room Music Philippines team.

What music were you listening to that influenced your songwriting for this album?

There was quite a number of music that I was listening to when I was writing this album. The Strokes, Oasis, I even listened to One Direction. Most of the songs in this album were b-sides of the previous albums and I decided that it was time that I released an all English album.

In what ways did your sound from For the Rest of My Life lead to the tunes you write today?

Nothing really specific, whenever I write anything I have two options—either stick with arrangements that I am comfortable with which is mostly influenced by '90s bands like Nirvana, Smashing Pumpkins, Silverchair, Pearl Jam, and Foo Fighters to name a few.

Or I can write something based on the current trend and incorporate my influences (sound) with the new material I am writing. But when it comes to writing I am heavily influenced by Nirvana. They described their songs like nursery rhymes regardless of the music that goes along with their song. Most ages can relate to their songs.

What gave you the idea to release 20 tracks for this album instead of delivering them as two separate offerings?

This album is a tribute to my father. The first half was actually already recorded and finished (mixed and mastered). In the middle of the recording my father passed away. There was an influx of songs and ideas which I wanted to record and share; hence the additional tracks that led to the double album.

In what ways have you guys grown musically since your debut album?

One thing that is constant in all of our albums is that when I hit a brick wall, I always go back to the roots. My childhood heroes. A lot of changes have happened through the years—we have had a number of line up changes.But one thing that we keep in mind is that if we keep our minds open to new knowledge and ideas, we will be able to produce songs continuously for us to share to our family, friends, and supporters.

Mayonnaise are slated to hold their headlining concert Akalain Mo 'Yun at the Music Museum in Greenhills on June 29 (Saturday). 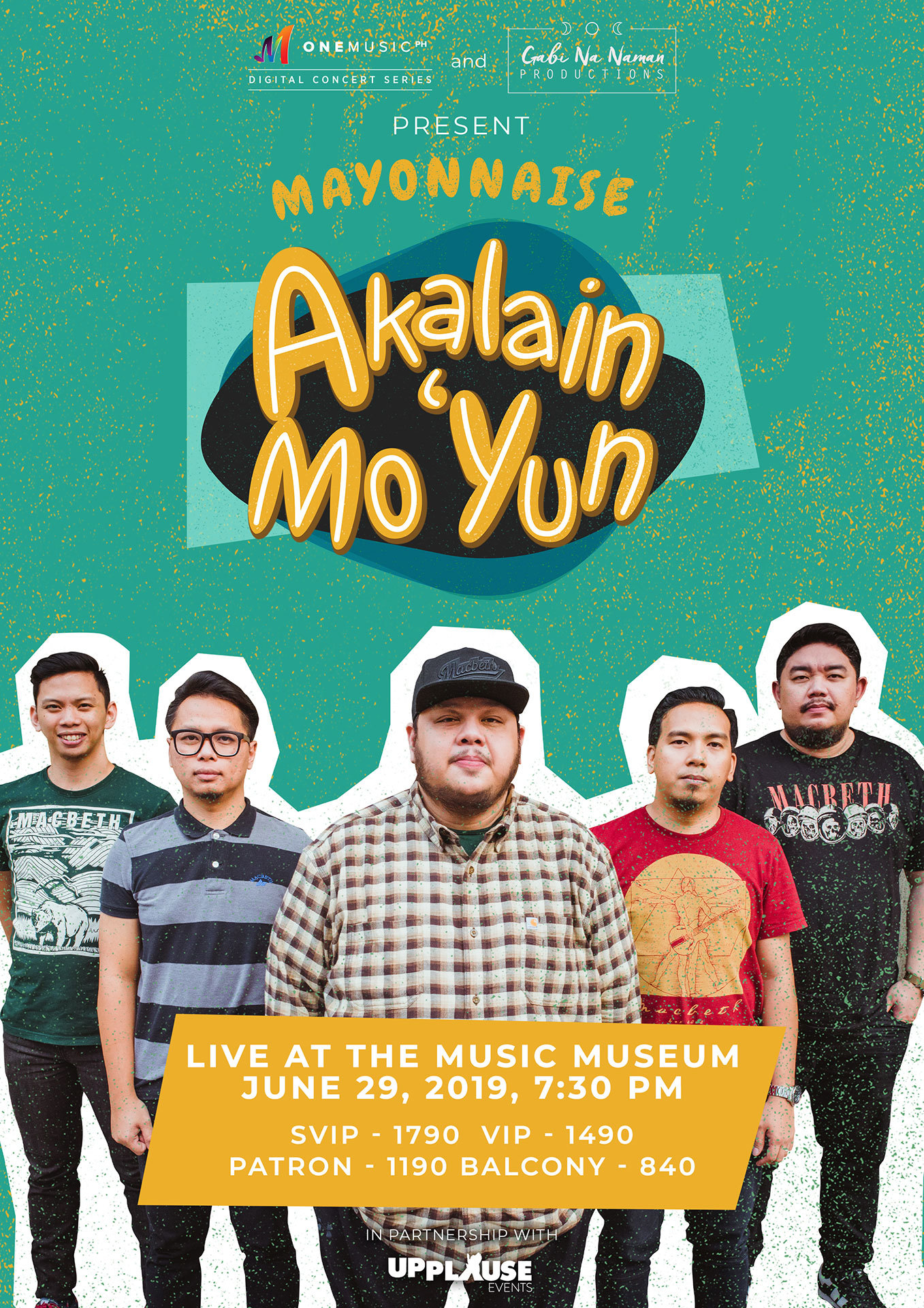