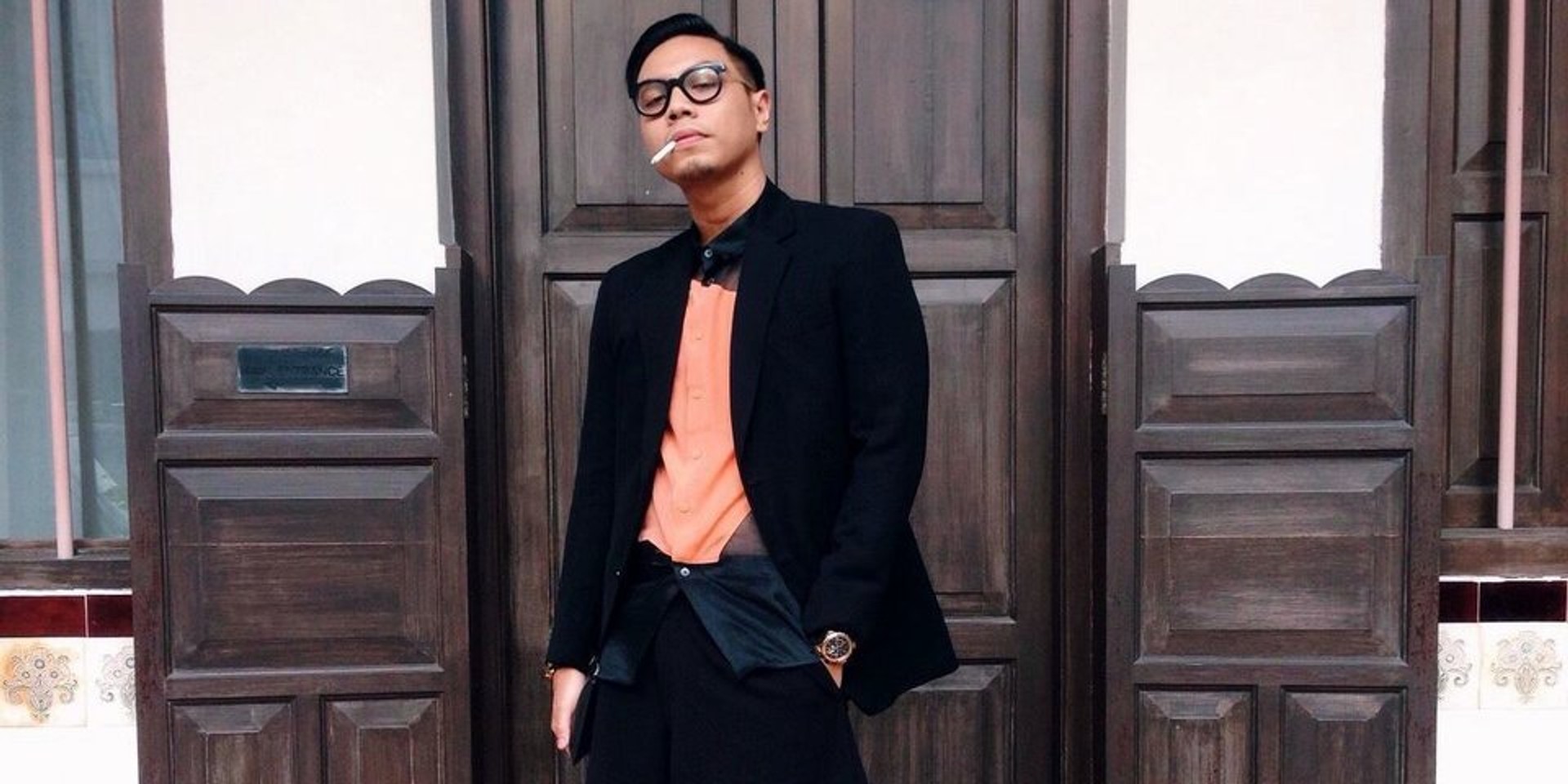 Two years ago, a little-known rapper introduced himself to the Singapore hip-hop community with a trippy 8-track EP entitled In Flight. As its name suggests, Mean (real name Nur Ahmad Muhaimin) had higher aspirations for himself than simply spitting rhymes, playing shows and getting by. Everything from his lyricism to his confidence to his impeccable dress sense told you Mean was meant for something bigger. He wasn't here to take part, he was here to take over. He certainly had the potential, and you got the sense that his demeanor wasn’t just your usual rap braggadocio either.

After In Flight dropped, the MC absolutely soared when Syndicate invited him to open for Africa Hitech at Home Club later that same year. His energy and his stage presence (alongside his comrades from the XS Collective) blew the roof off and opened more than a few eyes to his talent. The rapt audience could tell he was having the time of his life, and that enthusiasm fed back into the crowd through sound and fury. Among the multitude of new fans Mean made that night were weish and din, the duo behind local indie-electronic .gif, who instantly tabbed him to drop a verse on their album (also forthcoming in the coming days). 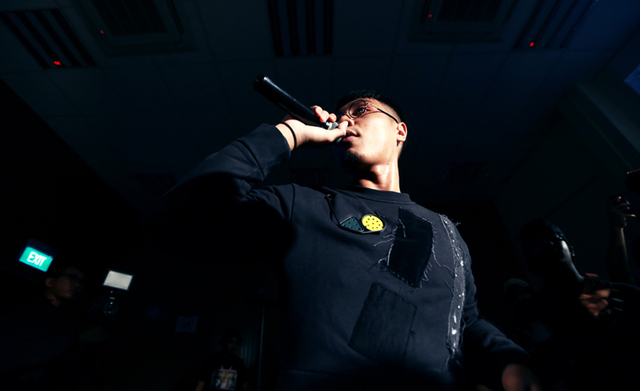 "NSFW takes a variety of exhilarating detours through its psychedelic 12-track journey thanks to some inspired contributors, but the album never once feels disjointed because Mean’s larger-than-life presence and mellow flow prove to be irresistible adhesives. The breathtaking production on display here undoubtedly puts NSFW at the forefront of Singapore hip-hop, and it's to Mean’s credit that he manages to best each spectacular beat he’s put in front of, with boatloads of charisma to spare."

The easiest comparison to make with Mean is Harlem’s A$AP Rocky, and it's something that nearly everyone, including his friends, have opined. Like the New York City-based rapper-fashionista, Mean’s stagewear of choice sees him in Raf Simons from head to toe. And on more casual days, you’ll probably catch him decked in Lanvin, Comme des Garçons, Boris Bidjan Saberi or Rick Owens. His astute high-fashion aesthetics together with his cloud rap sensibilities have earned him plaudits in both fashion and music circles recently, and you have to give it to Mean, not many are able to combine both realms with the finesse he presents.

While 2013 was Mean’s breakthrough year, the dapper rapper was never one to rest on his laurels. He’s spent the last couple of years capitalizing on his momentum with high-profile showcases everywhere from Velvet Underground for Lush 99.5 FM’s tightly-curated Kaleidoscope parties to Aliwal Arts Center for Sei Shuttle Records’ famed Enter The Void Deck events. On the down-low though, Mean has actually been busy endeavoring on his full-length album, entitled NSFW: Not Safe For Work - and now that it’s finally ready for release, we can attest that this one’s going to be a blockbuster. 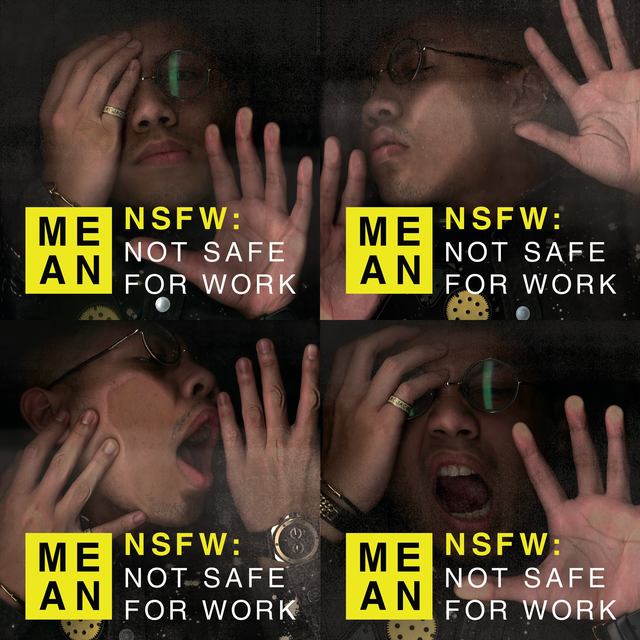 NSFW is the definitive statement that perfectly coalesces Mean’s style and swagger into full-bodied substance. This is by far the Singaporean rapper’s most triumphant document to date, mainly due to the creative risks it takes, his sharp lyricism and the brilliant stable of collaborators and killer producers he’s managed to assemble. Cherry picking from HYBRDTHRY’s embarrassment of riches, Mean has annexed impressive young beatmakers like FAUXE (on ‘Take Me’), Fzpz (on ‘Time Will Tell’, also featuring G-Preme), XYRUS (on ‘Emotions’) and Audiomotive (on ‘.WAV’), just to name drop a few, to add their own woozy flourish to his laidback, purple sound.

The aforementioned tracks are obvious standouts, especially ‘Take Me,’ which is the most sonically ambitious of the bunch, featuring clever arrangement, dreamy composition and a propulsive guitar climax (courtesy of Zailong). But not to be outdone, Mean’s in-house squad, in the form of his absurdly talented XS Collective crewmates - like The IZA (aka Azrael), Maddie, Young, Noeyedear and Ilohshix (amongst many others) - all drop in to bestow noteworthy contributions, behind the boards and on the mic, on multiple stellar tracks.

Making and releasing an album is always a team effort, and he’s blessed to have one hell of a support structure here, though in the end, its still clear that Mean is the captain of this particular ship. NSFW takes a variety of exhilarating detours through its psychedelic 12-track journey thanks to some inspired contributors, but the album never once feels disjointed because Mean’s larger-than-life presence and mellow flow prove to be irresistible adhesives. The breathtaking production on display here undoubtedly puts NSFW at the forefront of Singapore hip-hop, and it's to Mean’s credit that he manages to best each spectacular beat he’s put in front of, with boatloads of charisma to spare.

NSFW: Not Safe For Work will be released on 21st November 2015, with a launch show at Hard Rock Cafe's Lion's Den (50 Cuscaden Road) alongside Syndicate. Pre-order the album here.