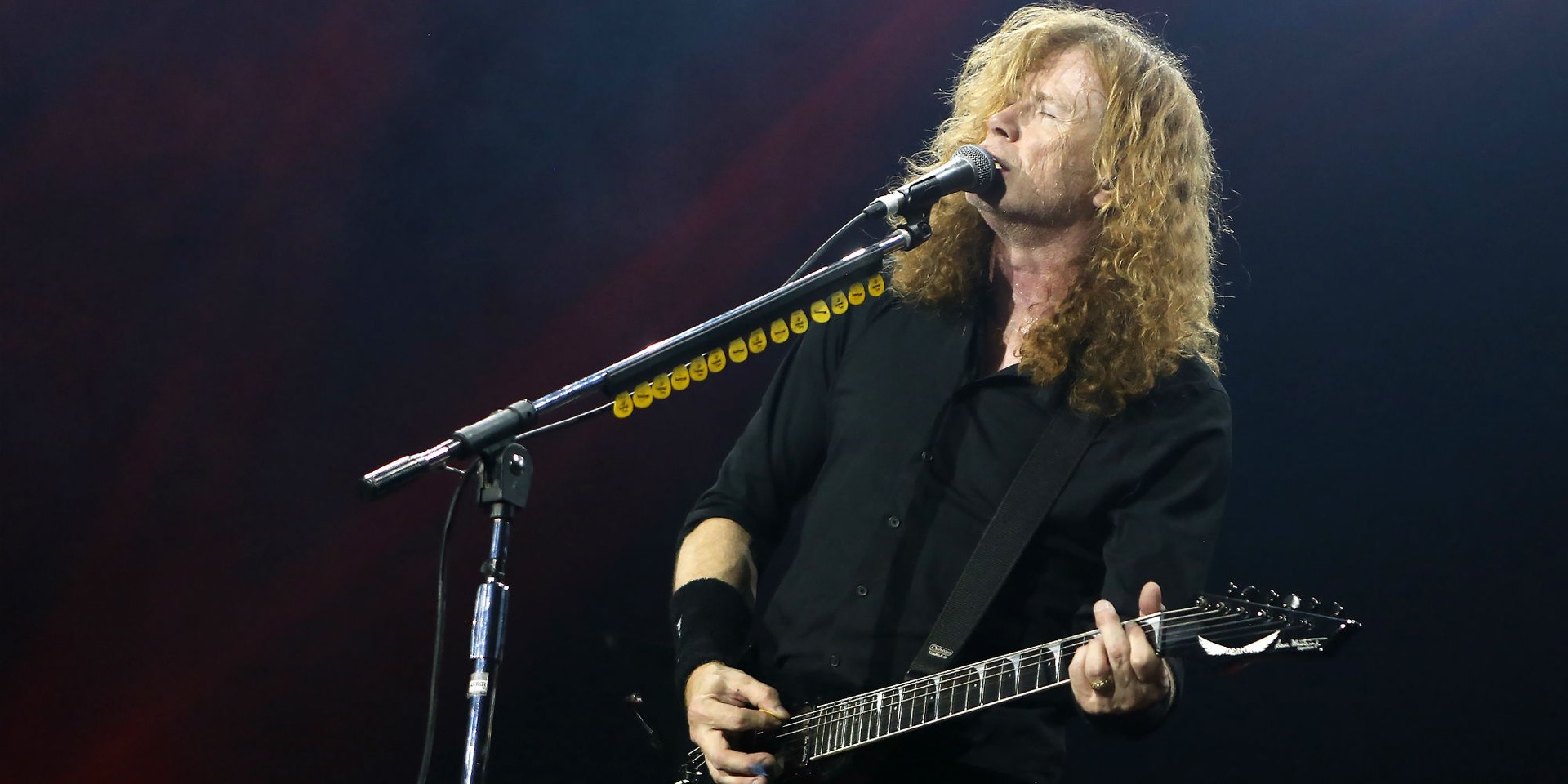 The global metal community was in collective shock this morning, when it was revealed that legendary frontman and all-around icon Dave Mustaine has been diagnosed with throat cancer.

The guitarist and vocalist, who formed Megadeth after infamously being kicked out of Metallica in 1983, took to the official Megadeth website to announce the news. In his statement, he addressed the diagnosis, and future plans for the band. Check out what he had to say below.

I’ve been diagnosed with throat cancer. It’s clearly something to be respected and faced head on – but I’ve faced obstacles before. I’m working closely with my doctors, and we’ve mapped out a treatment plan which they feel has a 90% success rate. Treatment has already begun. Unfortunately, this requires that we cancel most shows this year. The 2019 Megacruise will happen, and the band will be a part of it in some form. All up to date information will be at megadeth.com as we get it. Megadeth will be back on the road ASAP.

Meanwhile, Kiko, David, Dirk and I are in the studio, working on the follow up to Dystopia – which I can’t wait for everyone to hear.

Several prominent figures in the metal scene have reached out to voice their support. Check out some tweets below.

Wishing @DaveMustaine a speedy recovery. If anybody can beat this, Dave can and will.

Prayers and positive vibes out to my friend @DaveMustaine Cancer doesn’t stand a chance fighting this guy! You got this bro... 👊 #fuckcancer pic.twitter.com/NFyiKnTHYT

All our strength and love to you my friend. If there’s anyone who can conquer this, it’s you. You’re our hero and we wish nothing but the best for you. 🤘❤️🤘