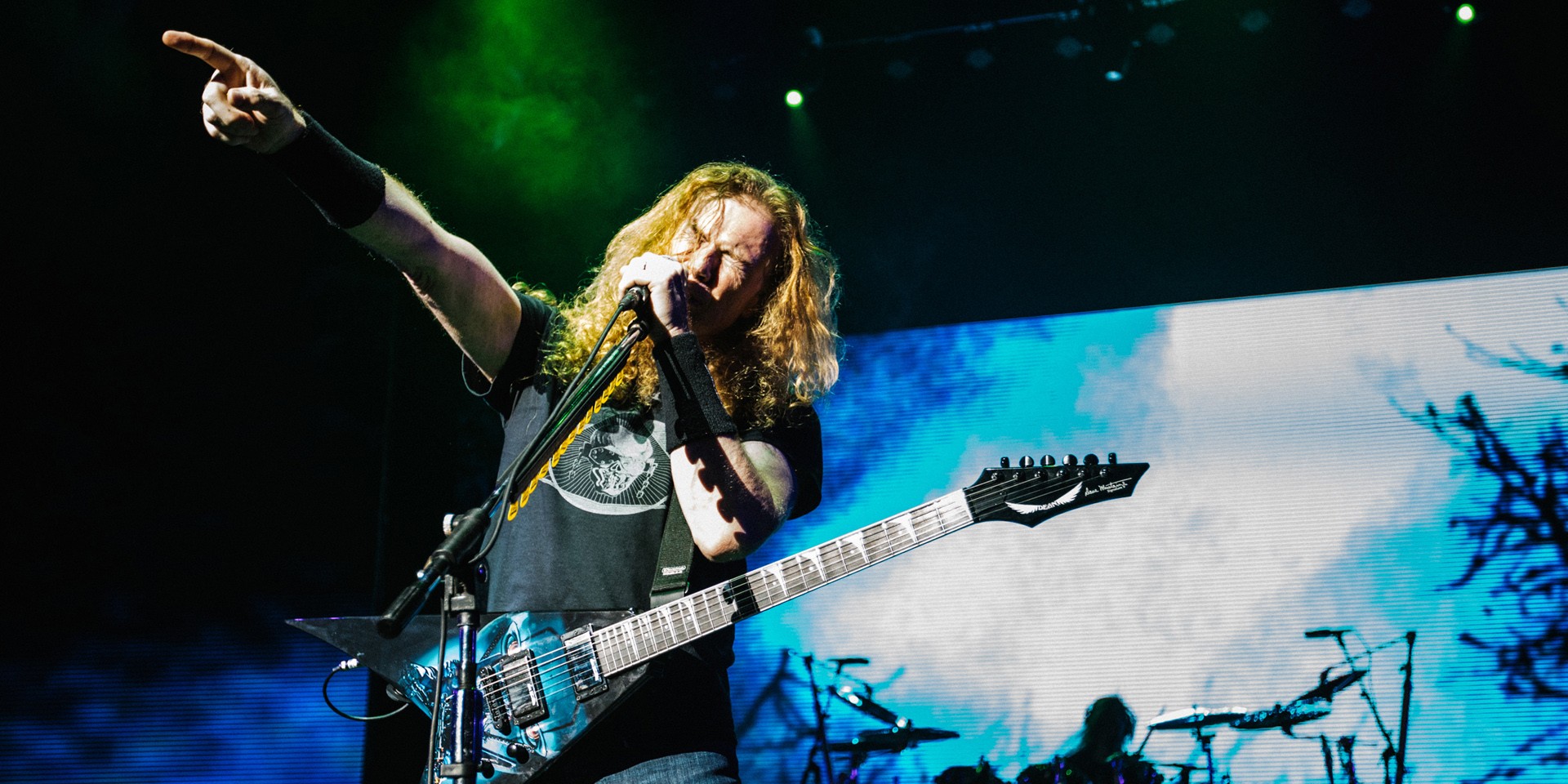 An iconic name in heavy metal and massively influential in the subgenre known as thrash metal, the brainchild of frontman Dave Mustaine has been an enduring name since 1983 — despite the incessant amount of rock n roll excess and controversy that comes with the lifestyle, Mustaine has remained largely unscathed and fit for demanding touring cycles at 56 years old.

While the band has been the main platform for Mustaine's work since its inception, it also features long-running bassist Dave Ellefson, who returned to Megadeth in 2010 after a lengthy absence from the live stage.

The band's line-up has shifted tremendously over the past few decades, but Mustaine sure knows how to pick them — Megadeth circa 2017 features veterans in their own fields, with Mustaine and Ellefson holding fort as the faces of the band, along with young guitarist Kiko Loureiro (of established Brazilian metal band Angra) and drummer Dirk Verbeuren (whose work with Soilwork, Devin Townsend and Satyricon has made him one of metal's most distinguished players).

It's a great line-up, and a worthy follow-up to the different set of musicians who accompanied Mustaine on his last two visits — the first time in 2007 and subsequent return in 2012, both at Fort Canning Park. But how would they hold up in an indoor, all-seated venue like Kallang Theatre?

While barricades did their job to ensure proper seating for various ticket holders, fans were standing up during the concert's entirety and made their way as close to the stage as they could. Seats were no barrier, that's for sure.

As for the setlist itself? A sure-fire crowd pleaser, with plenty of old tracks spanning from the band's breakthrough second album Peace Sells... But Who's Buying? all the way to the band's subdued 1997 album Cryptic Writings. A few songs off their latest album Dystopia — a swirling sci-fi story mixed in with furious thrash riffs and InfoWars-esque paranoia — were also included, and it was a neat surprise that these songs worked in tandem with their classic material.

Whether you take that as Mustaine playing to his strengths or regurgitating old material is up to you, but they sure made their third Singapore show count. 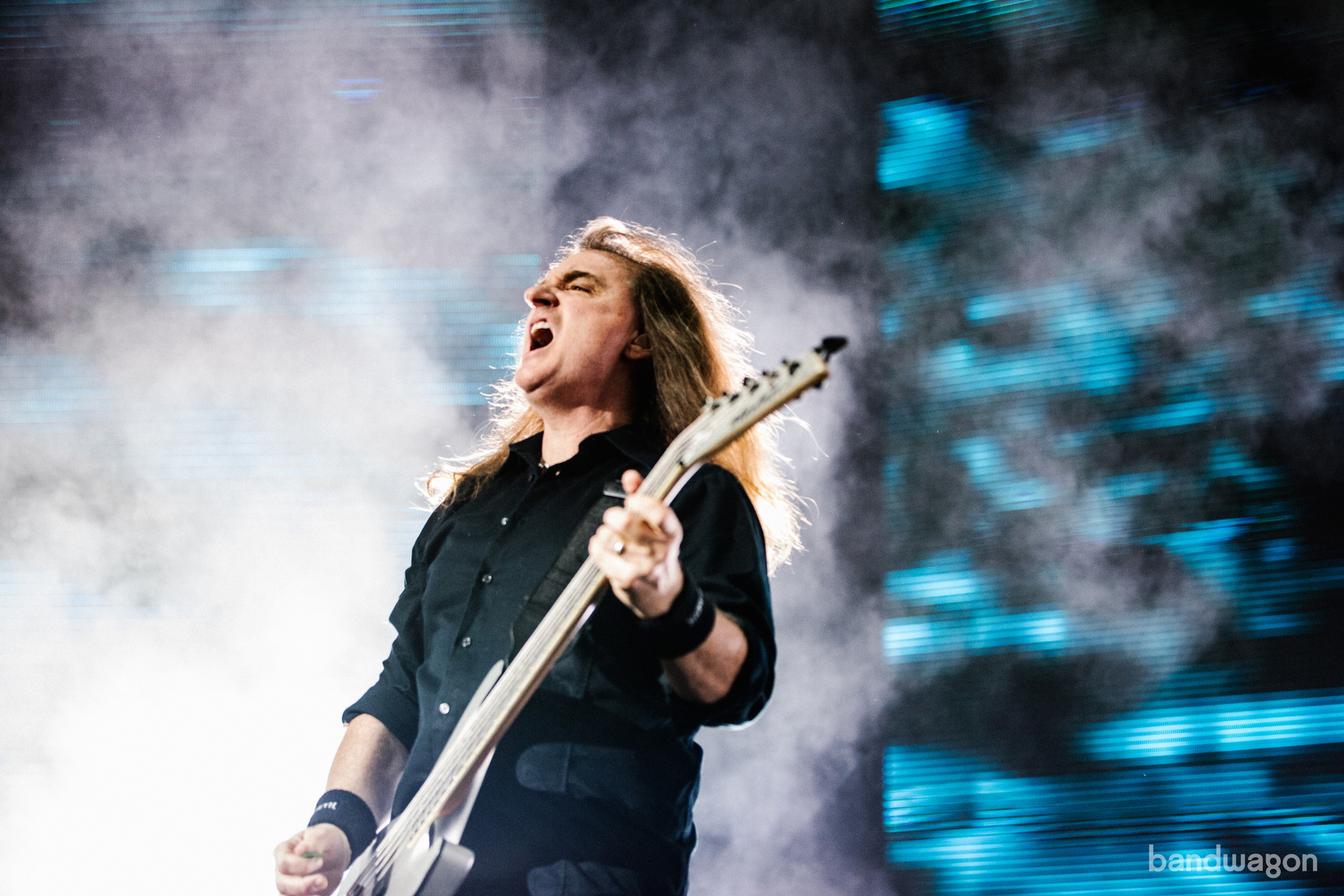 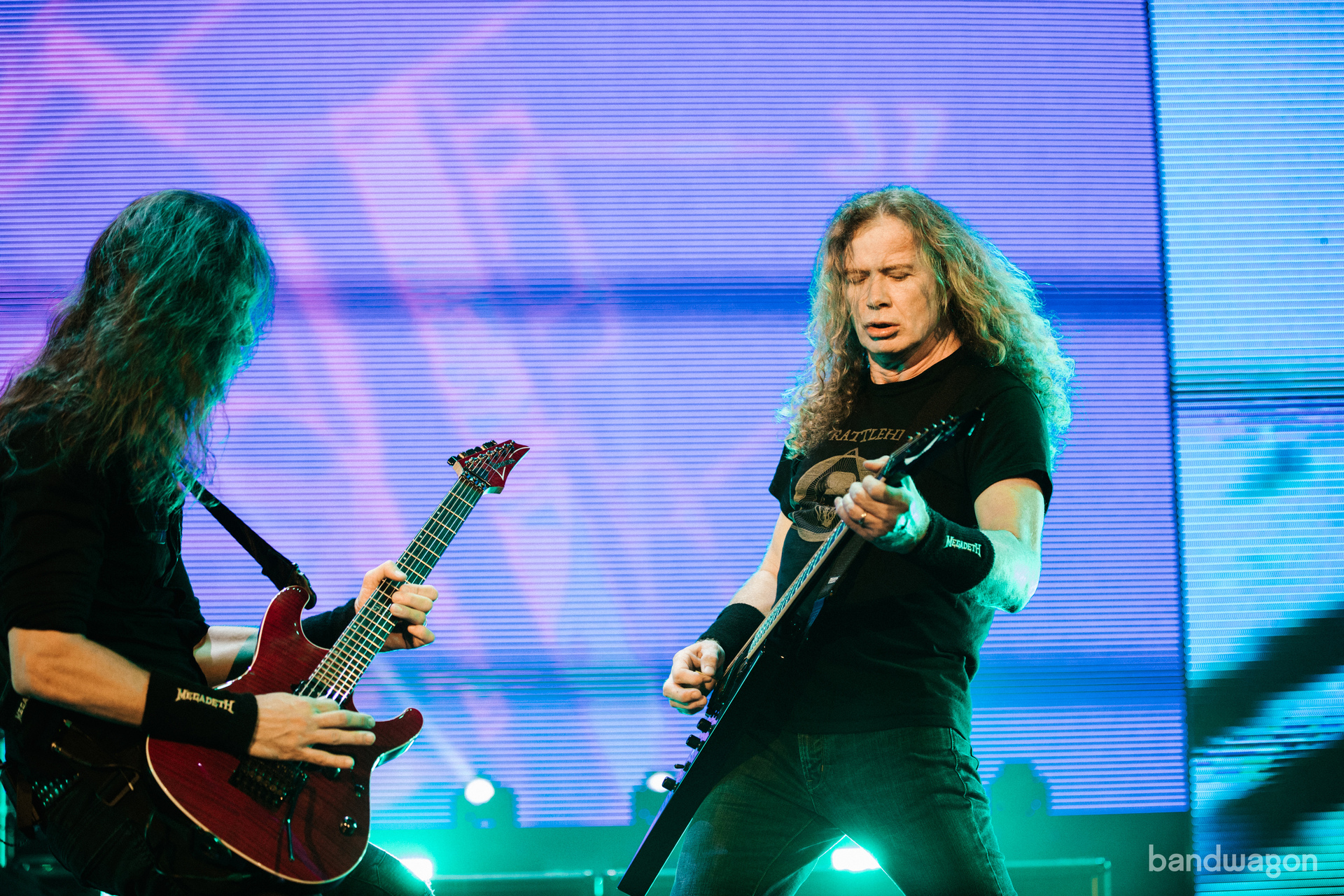 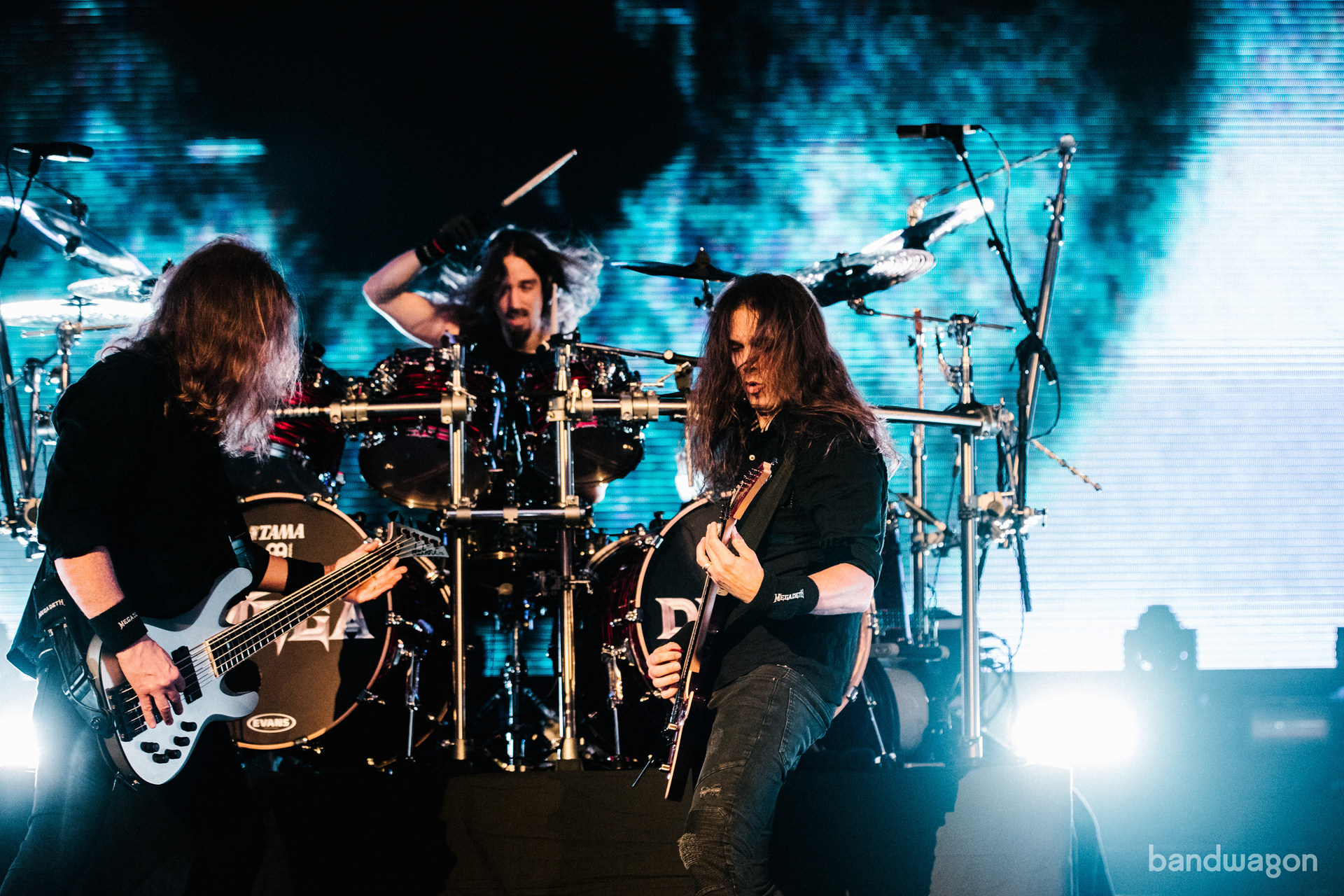 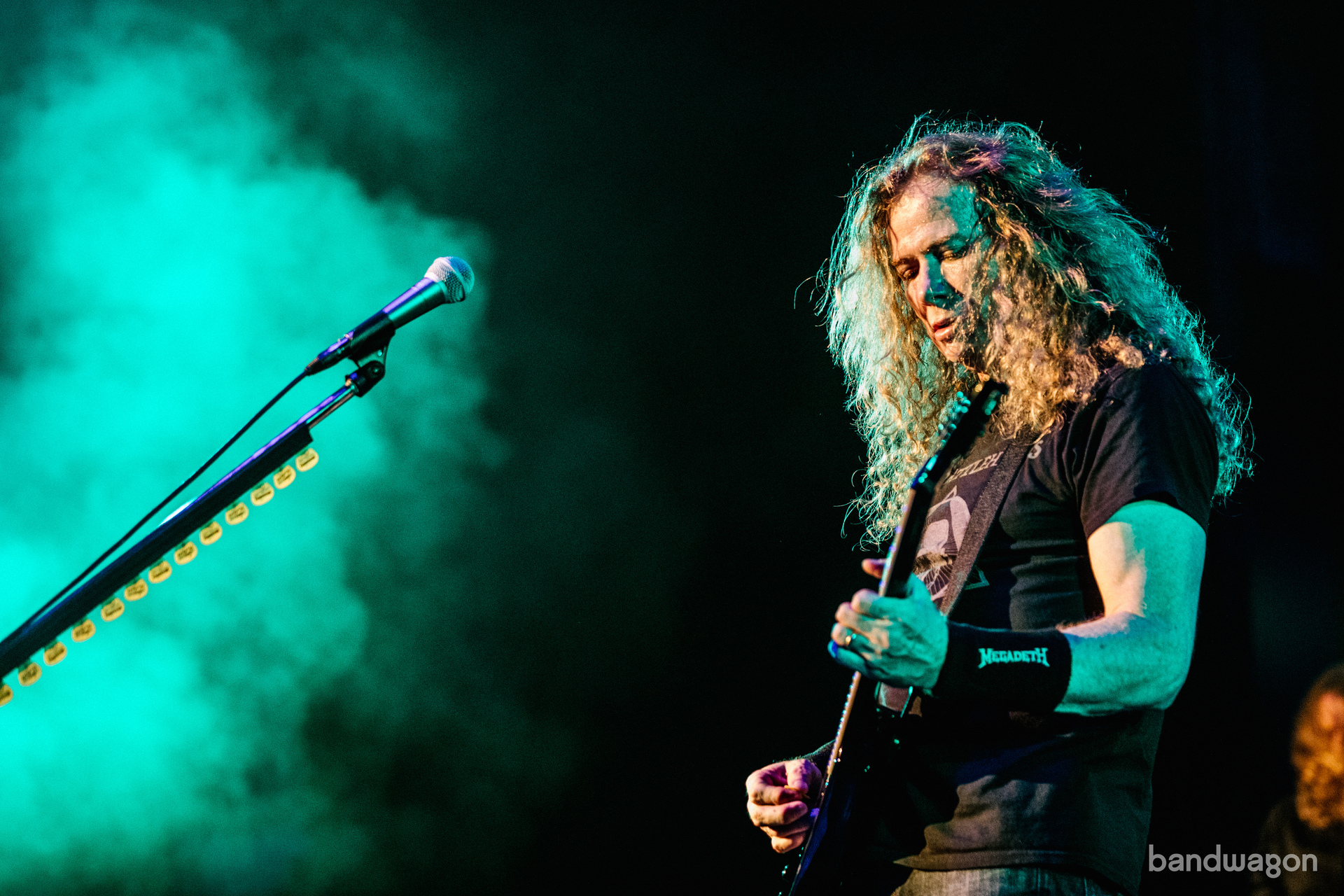 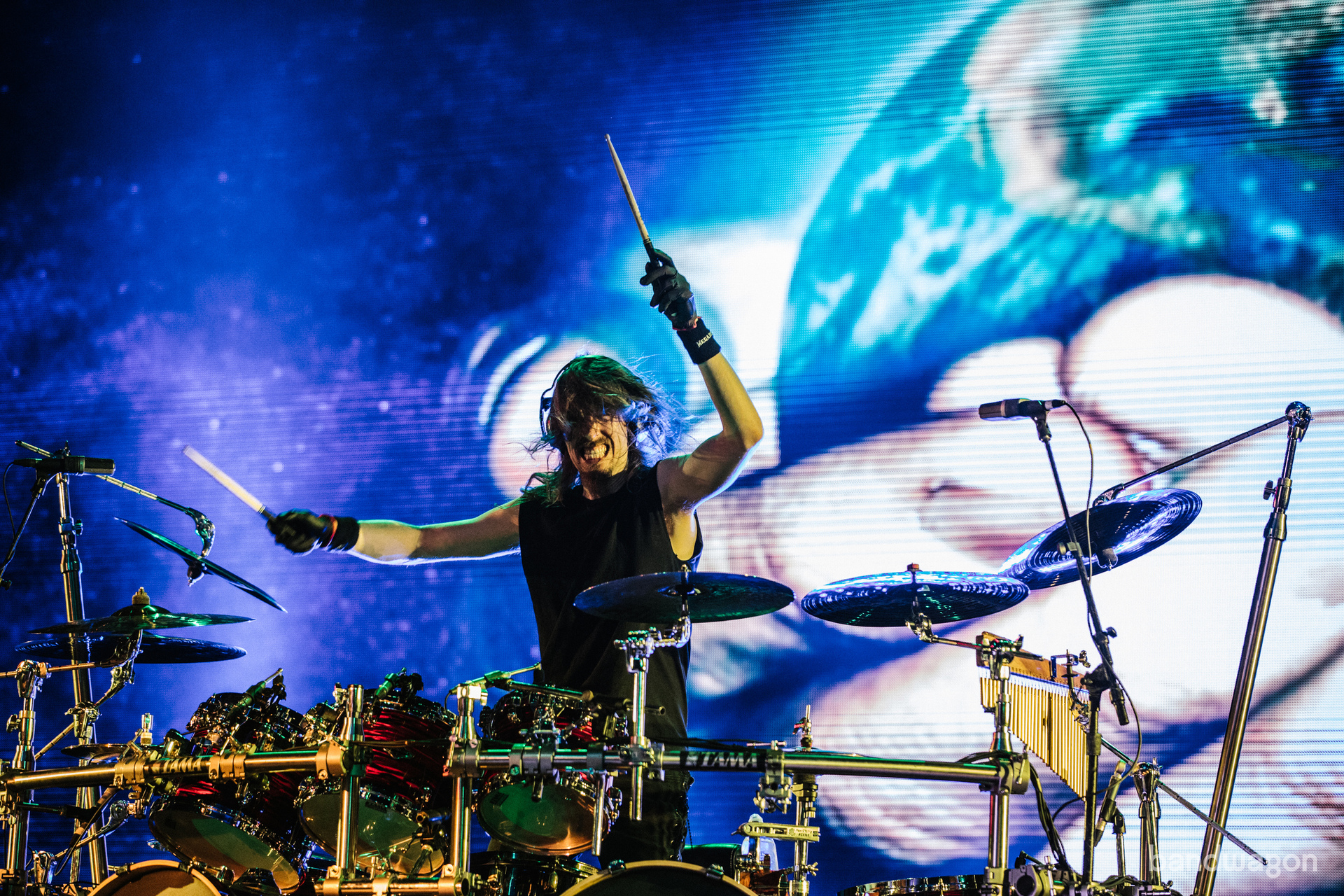 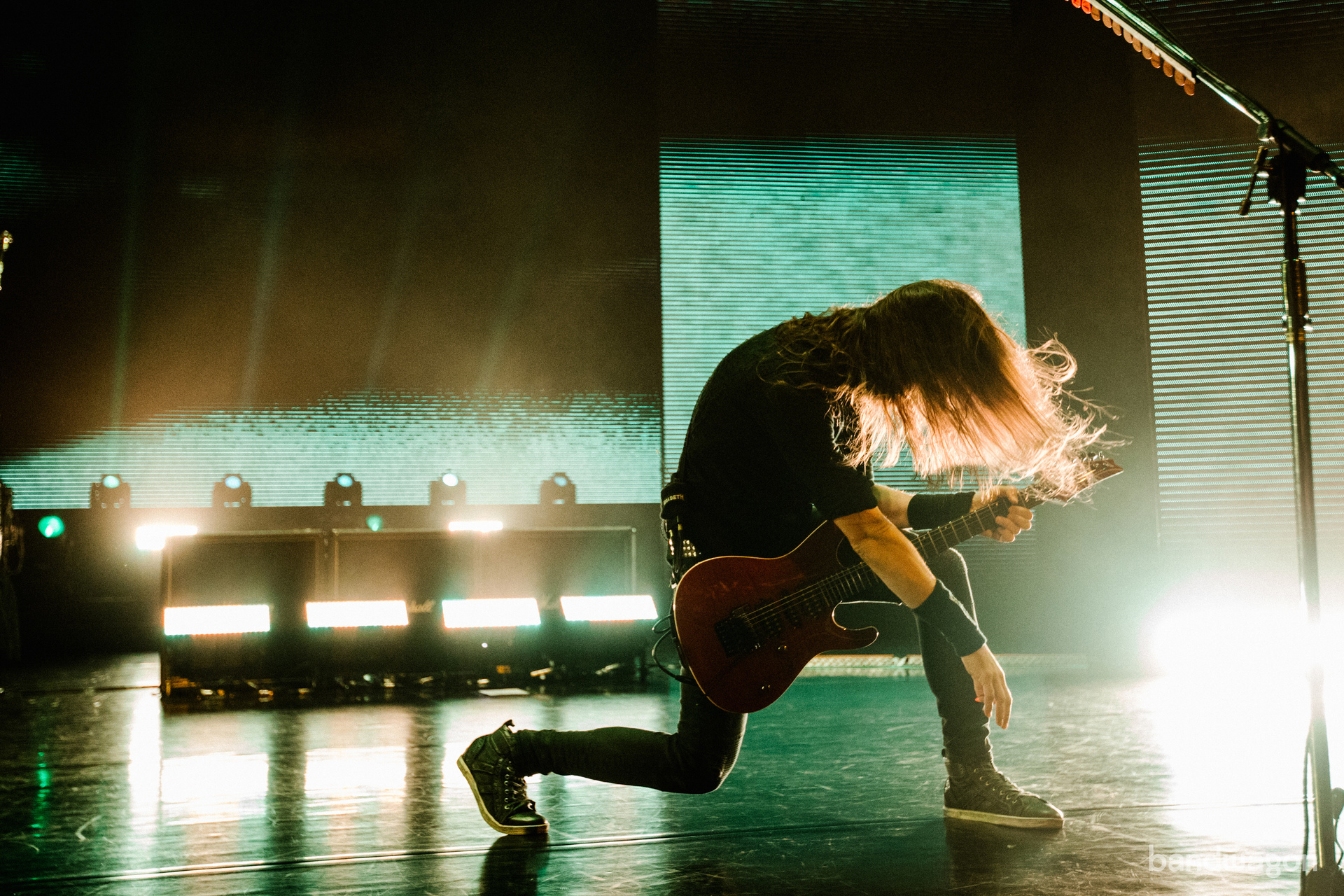 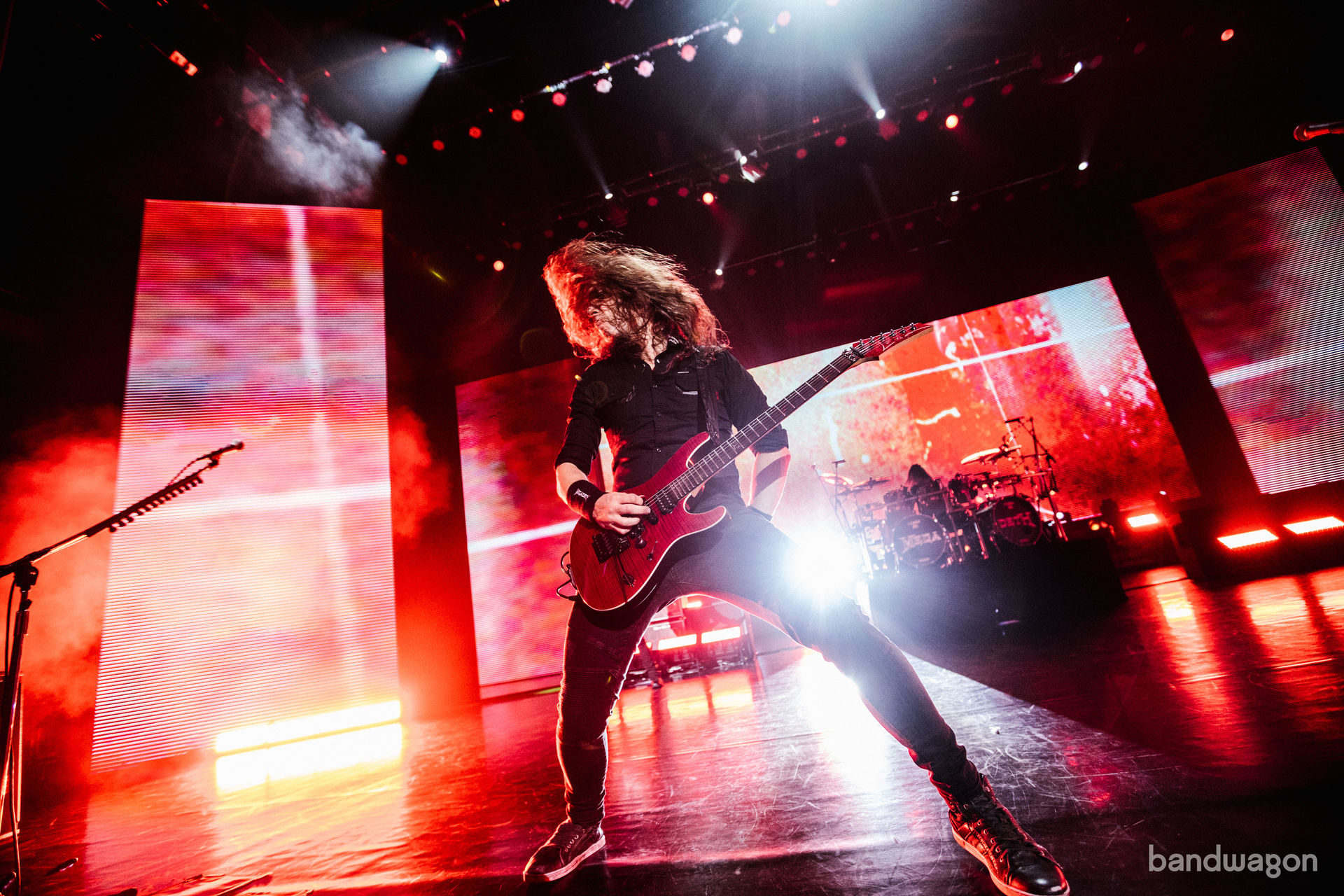 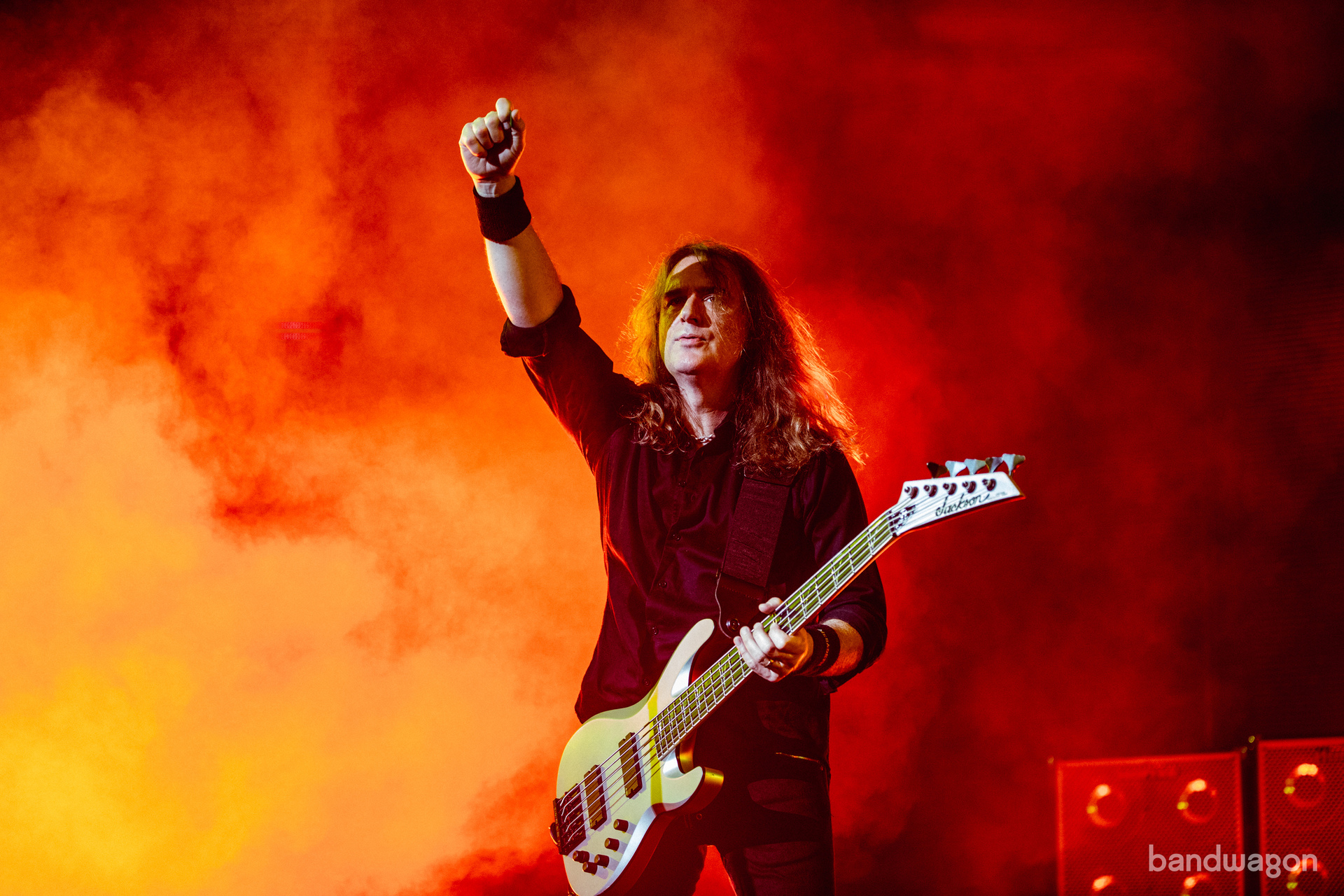 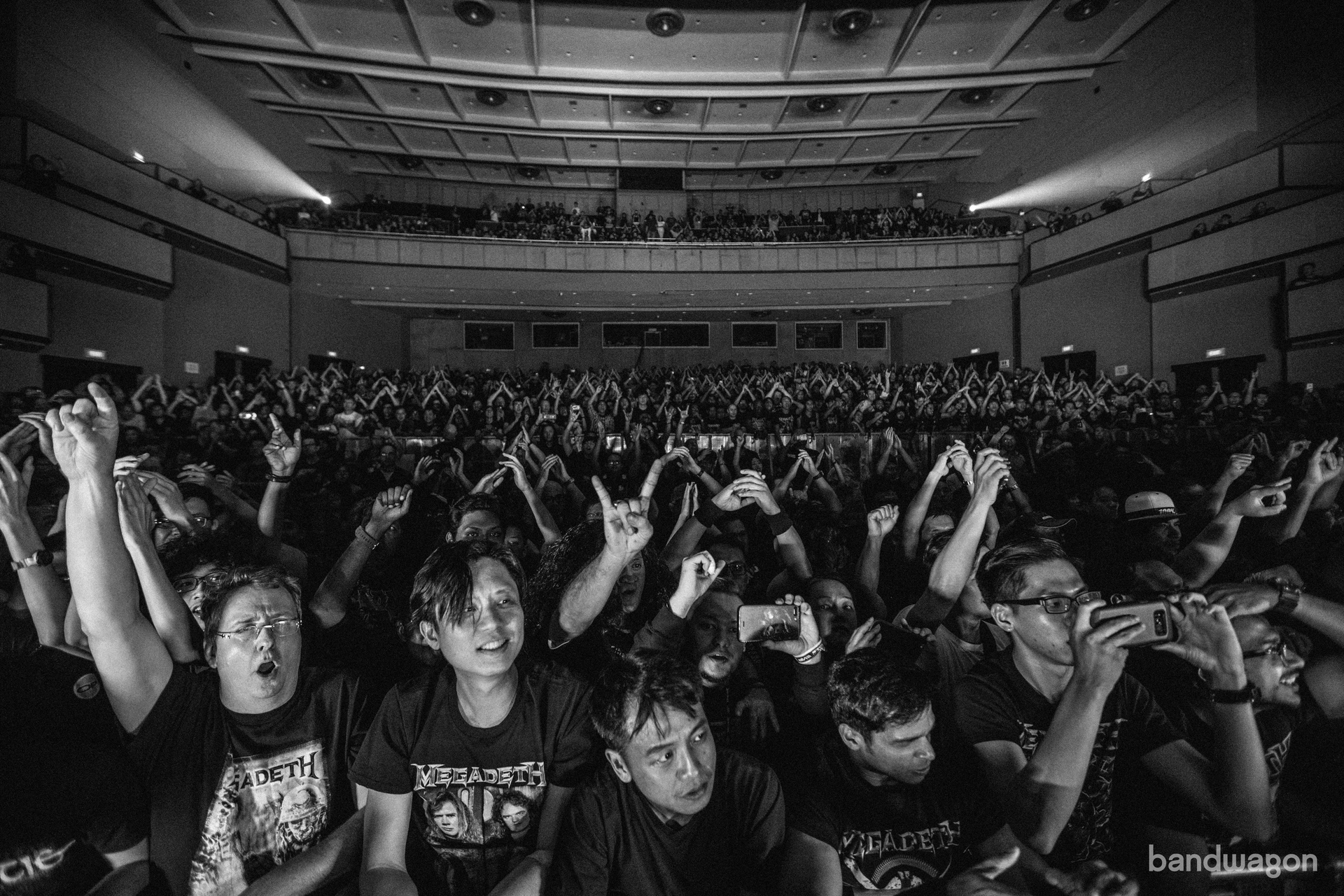 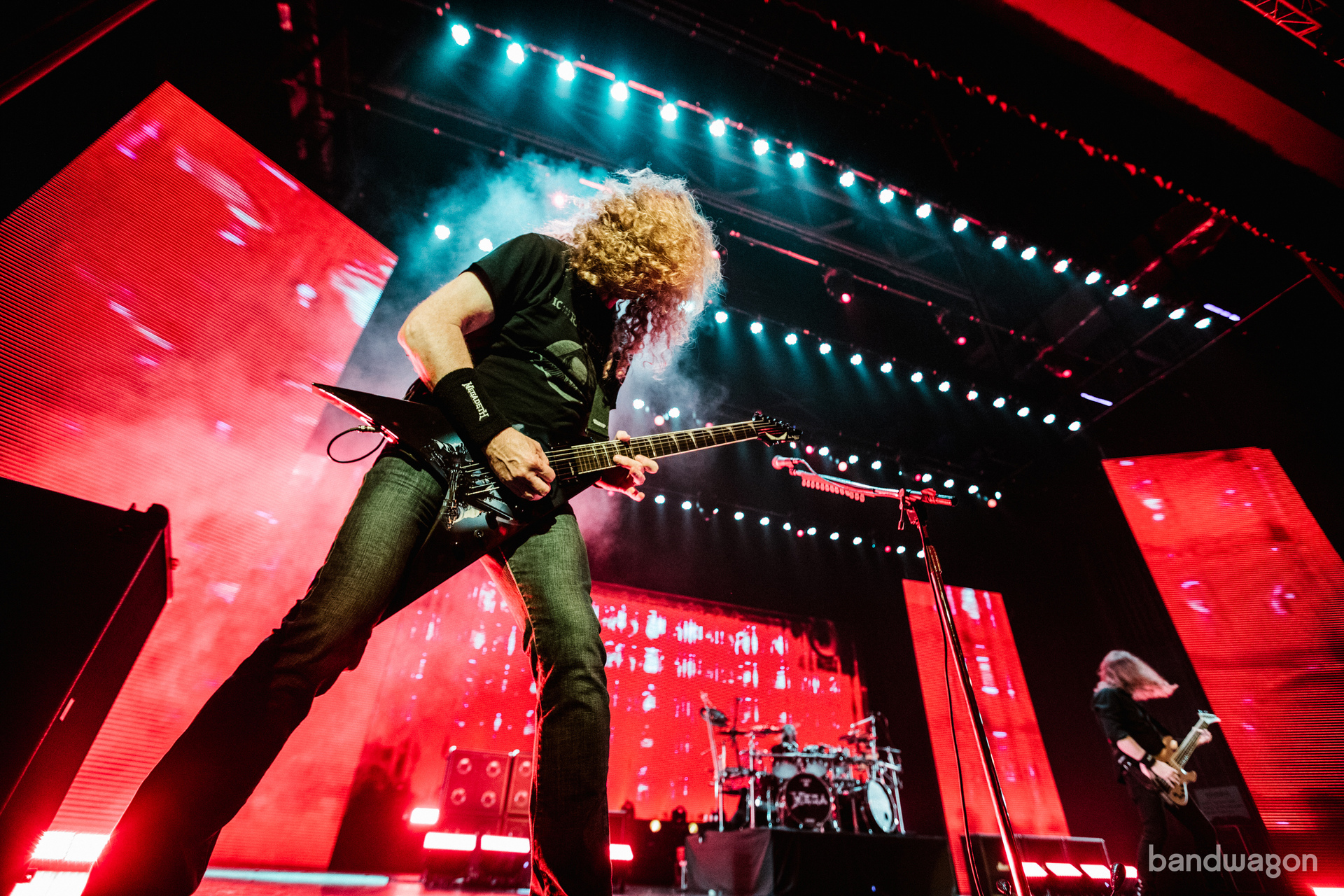 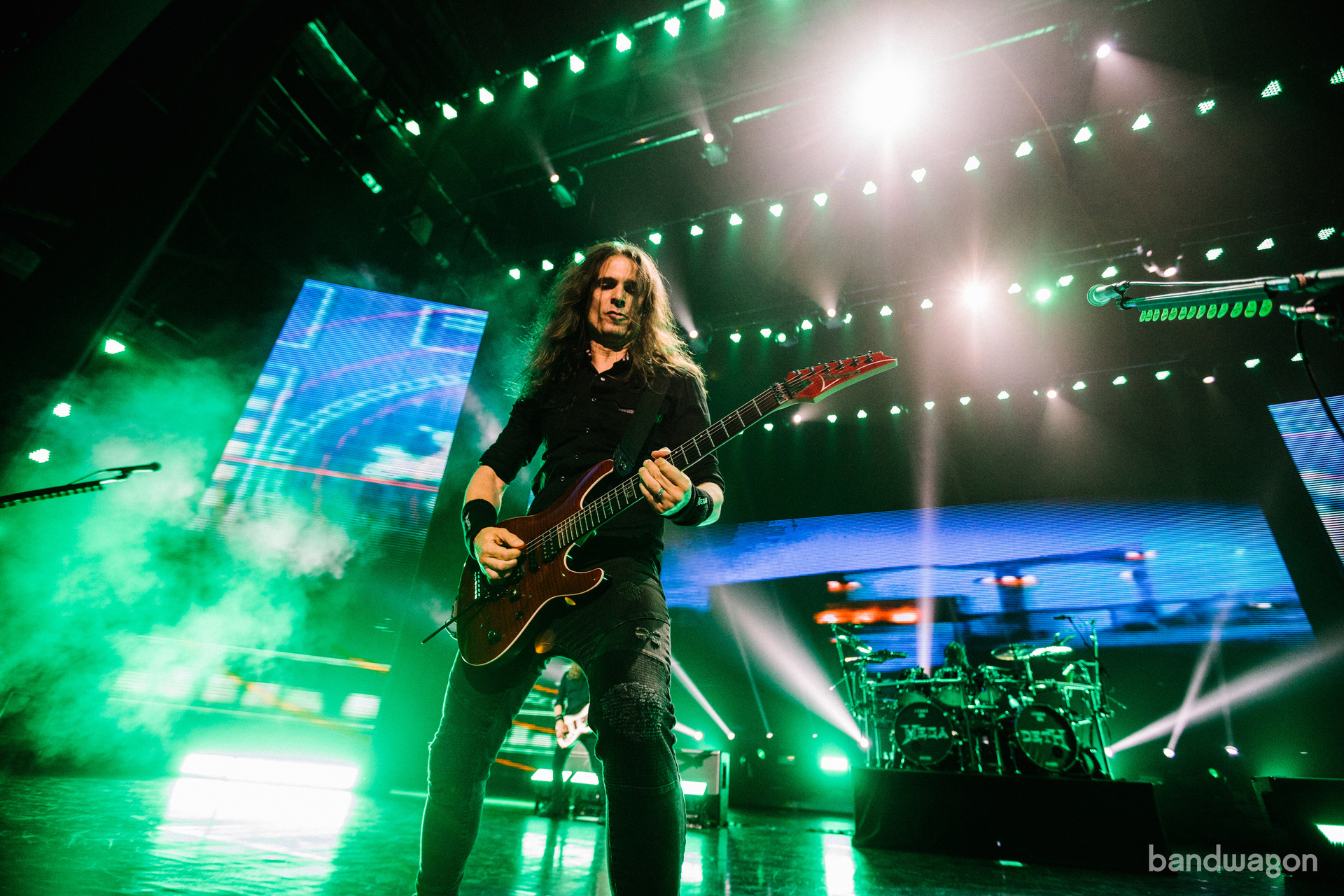 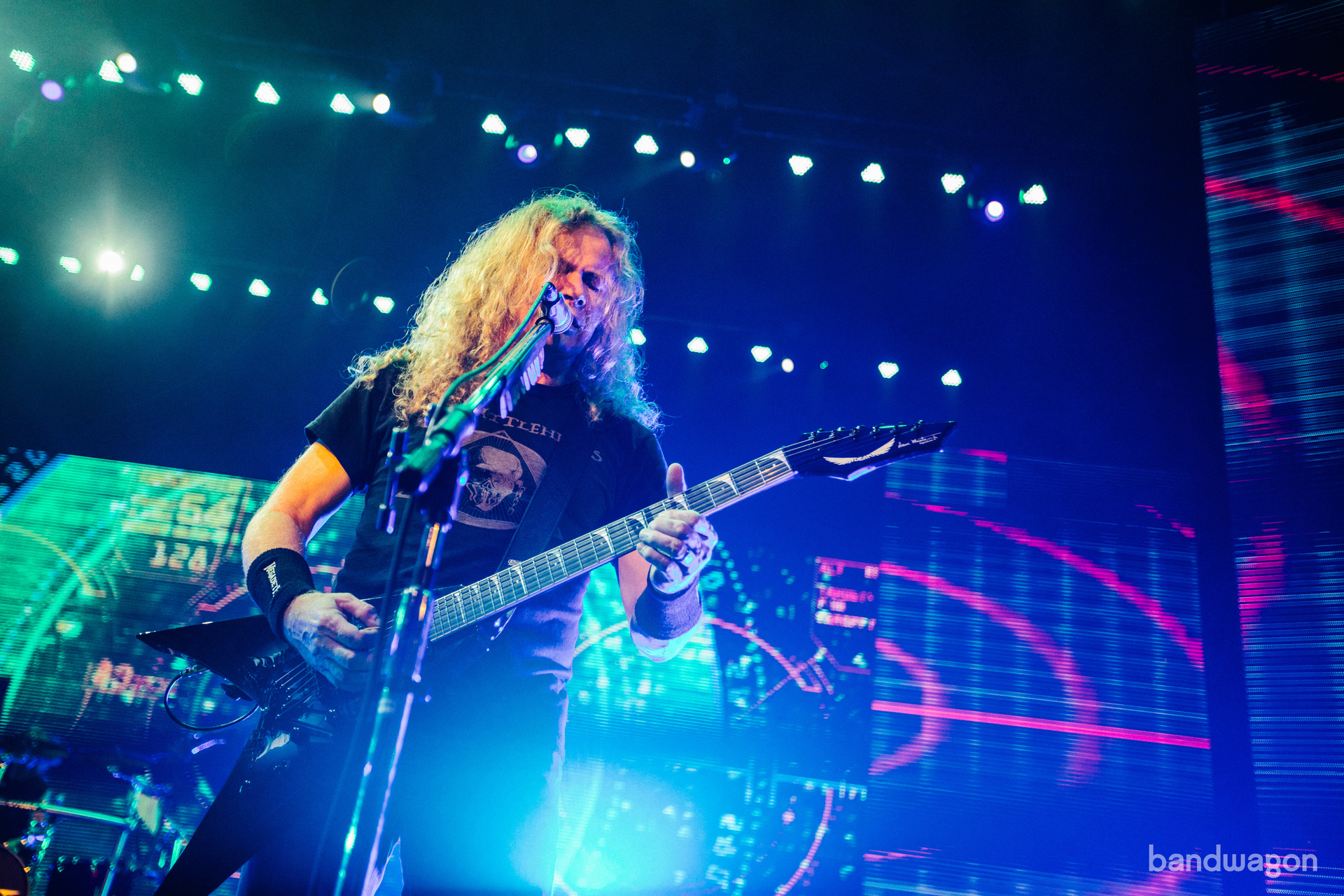 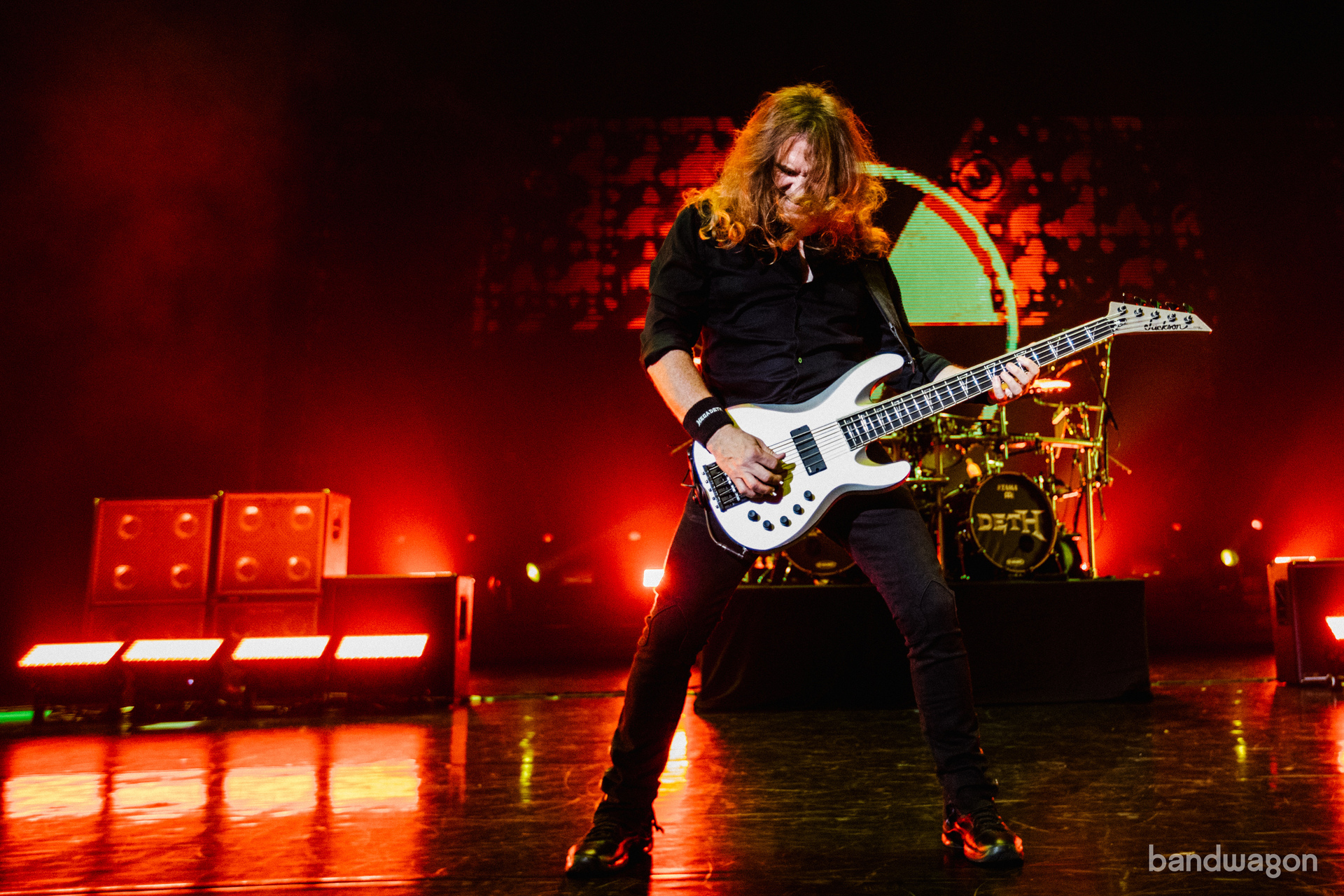 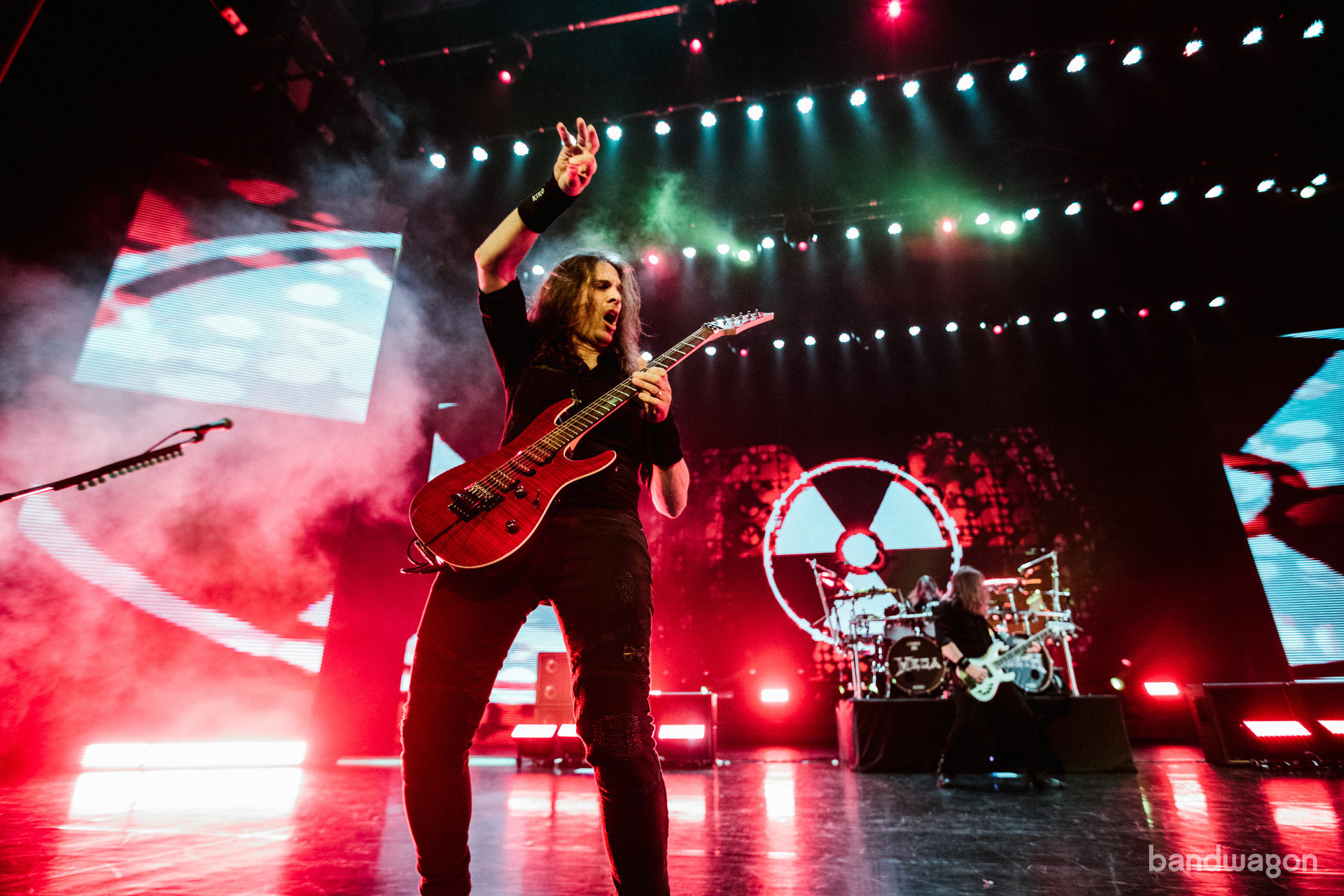 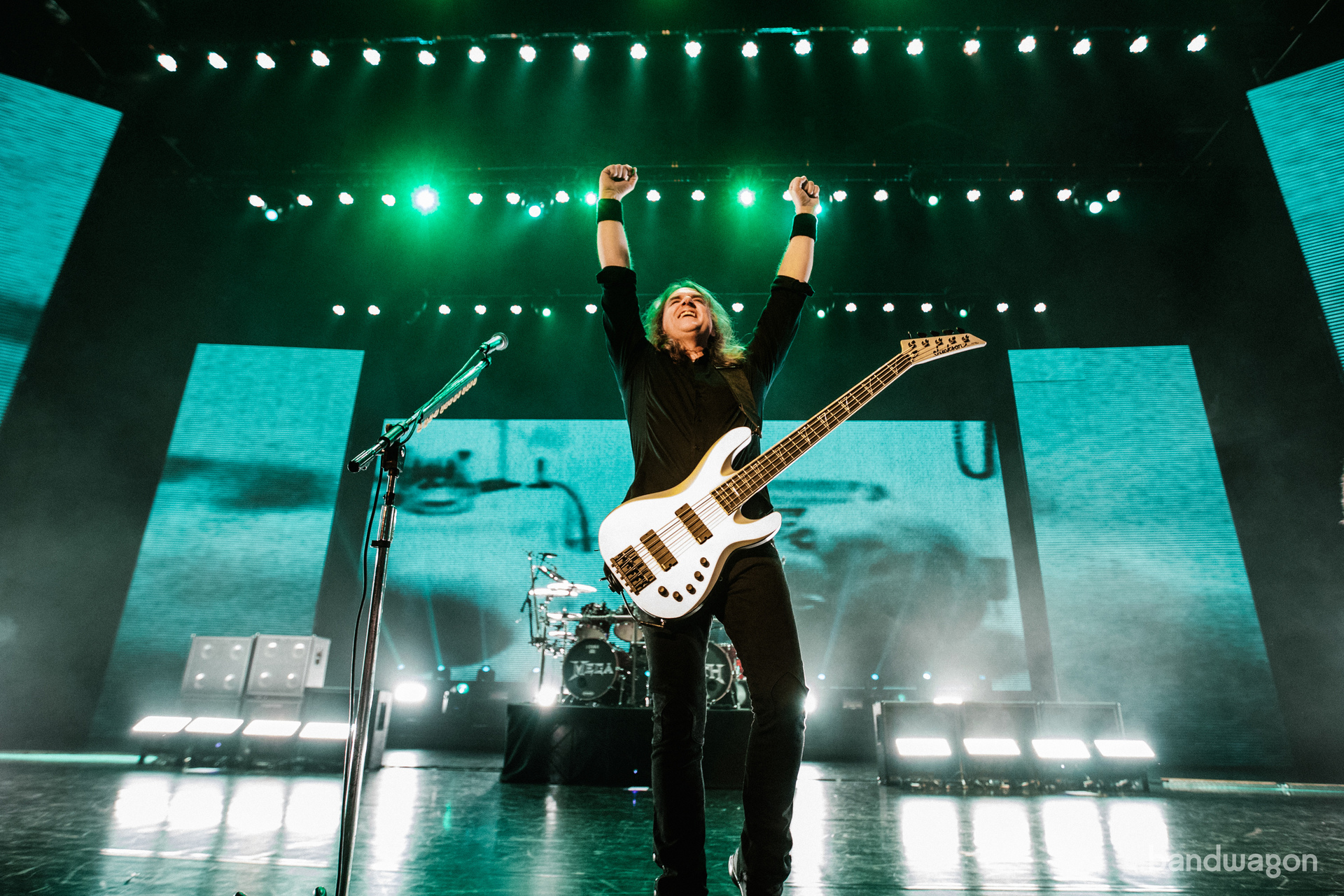 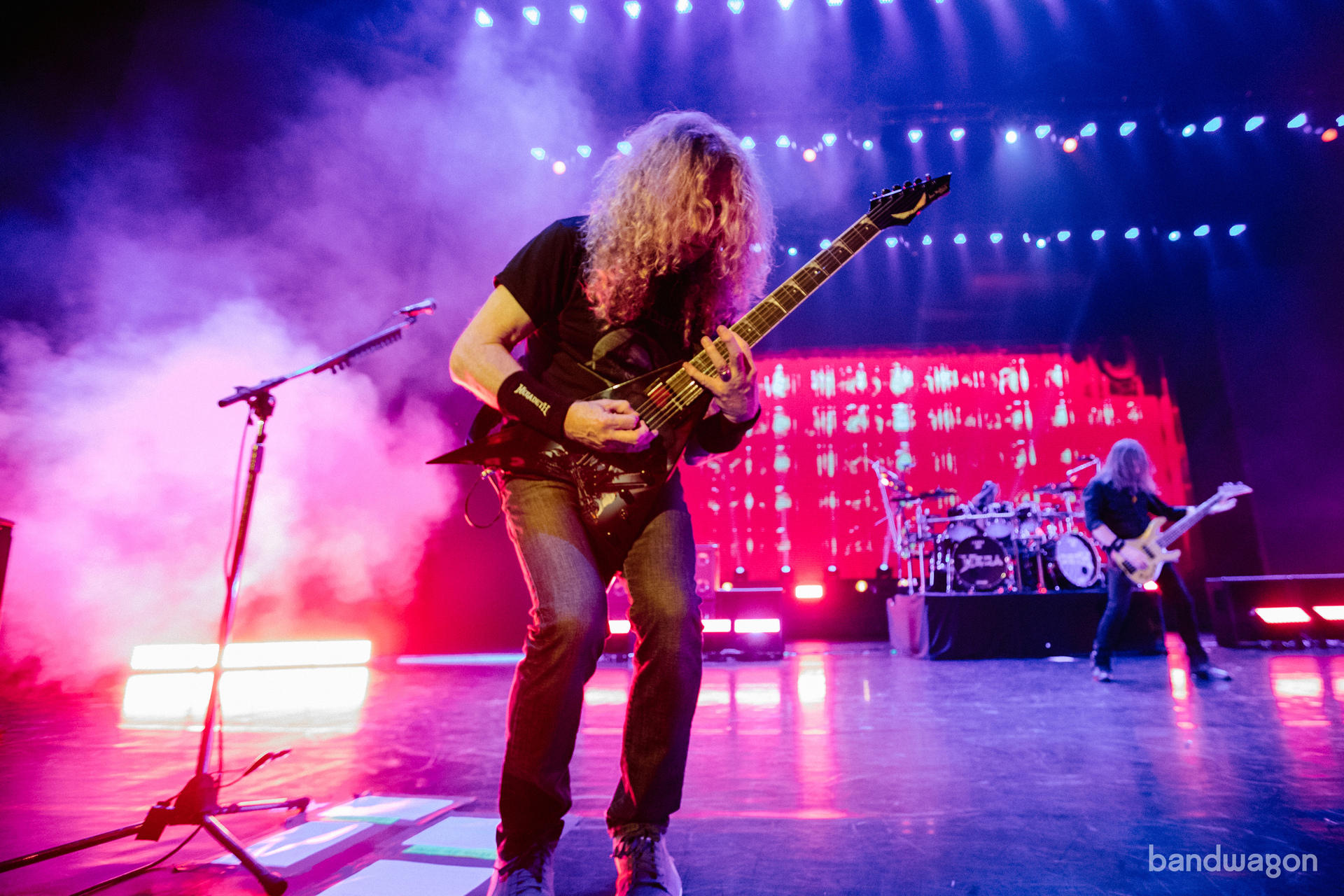 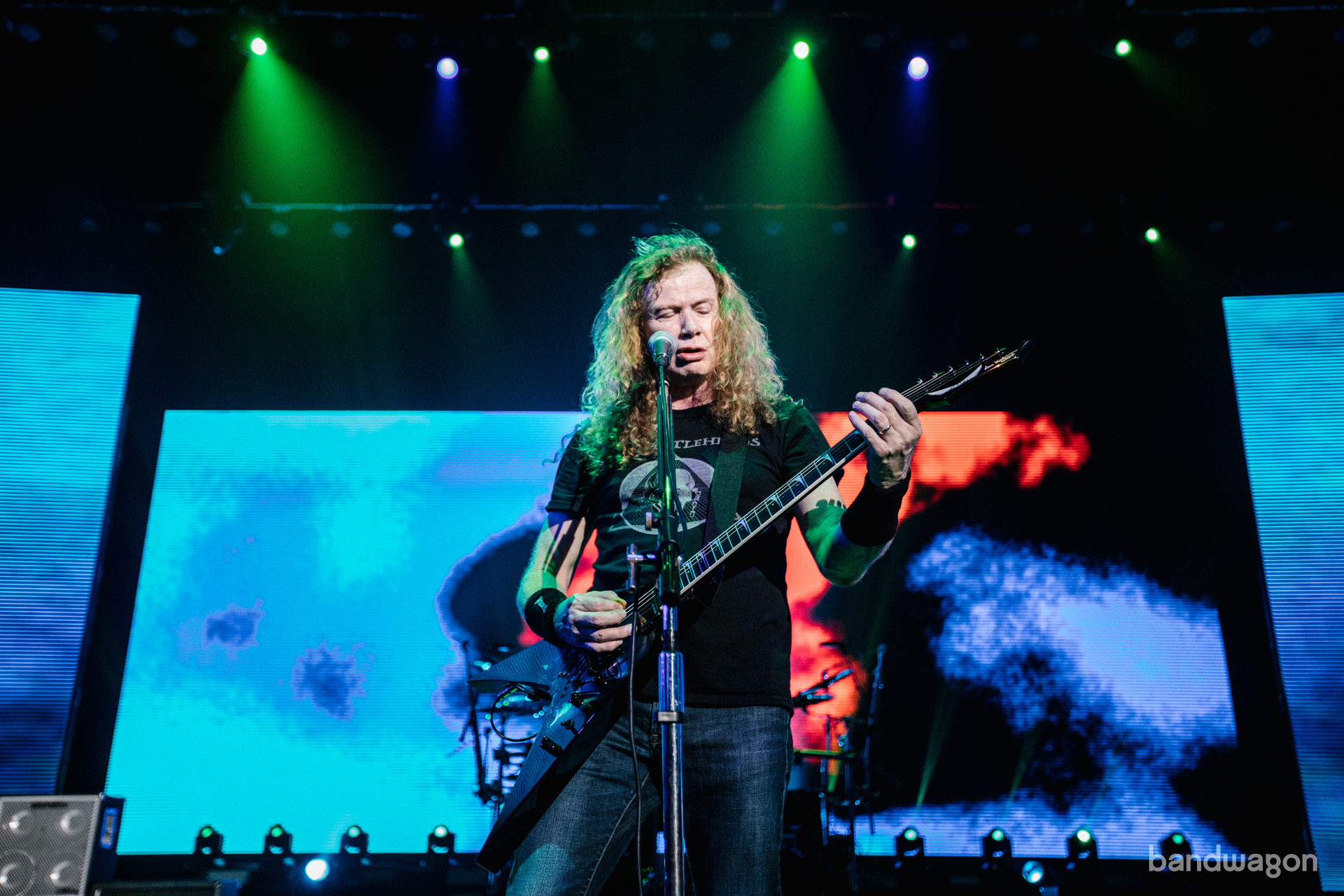 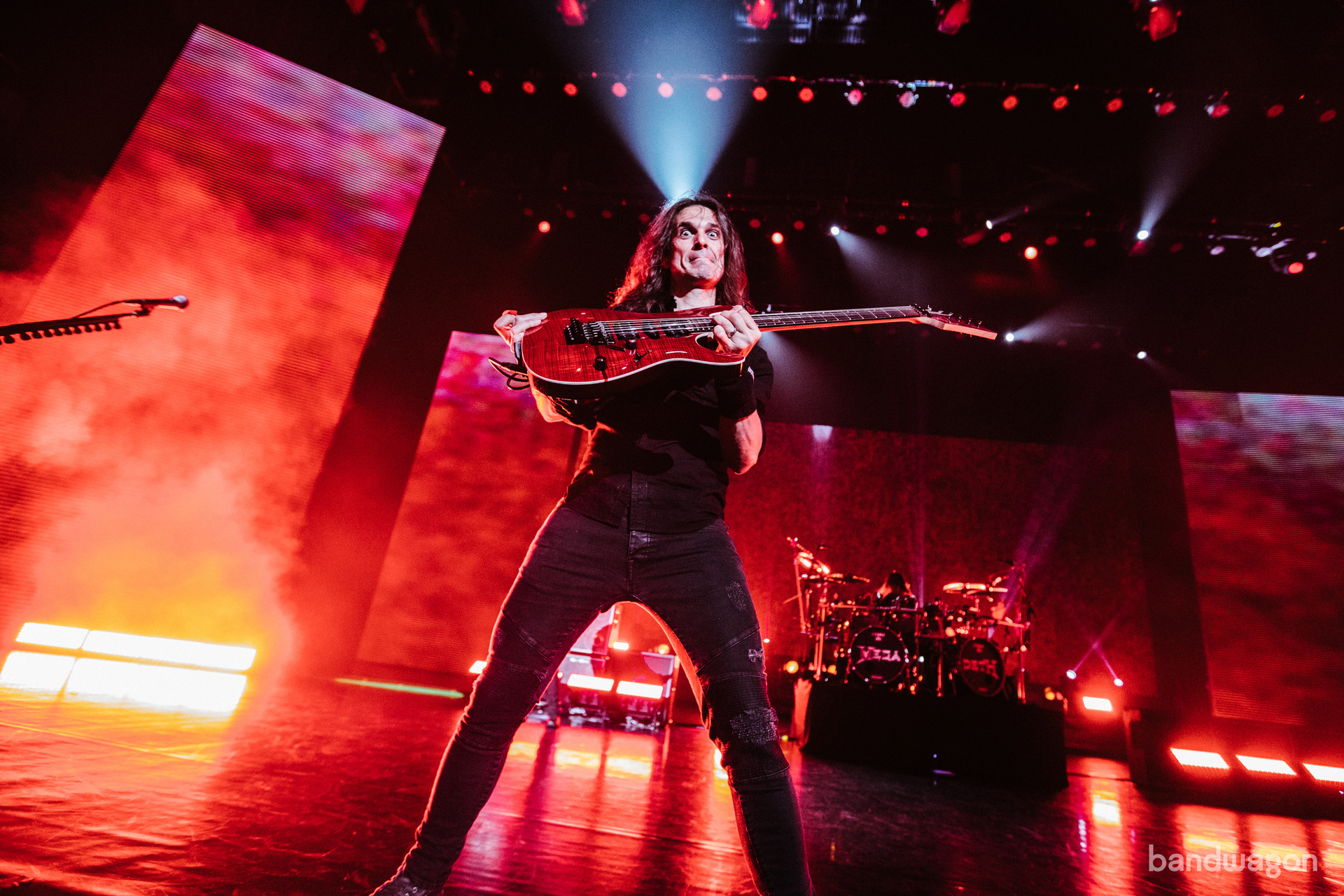 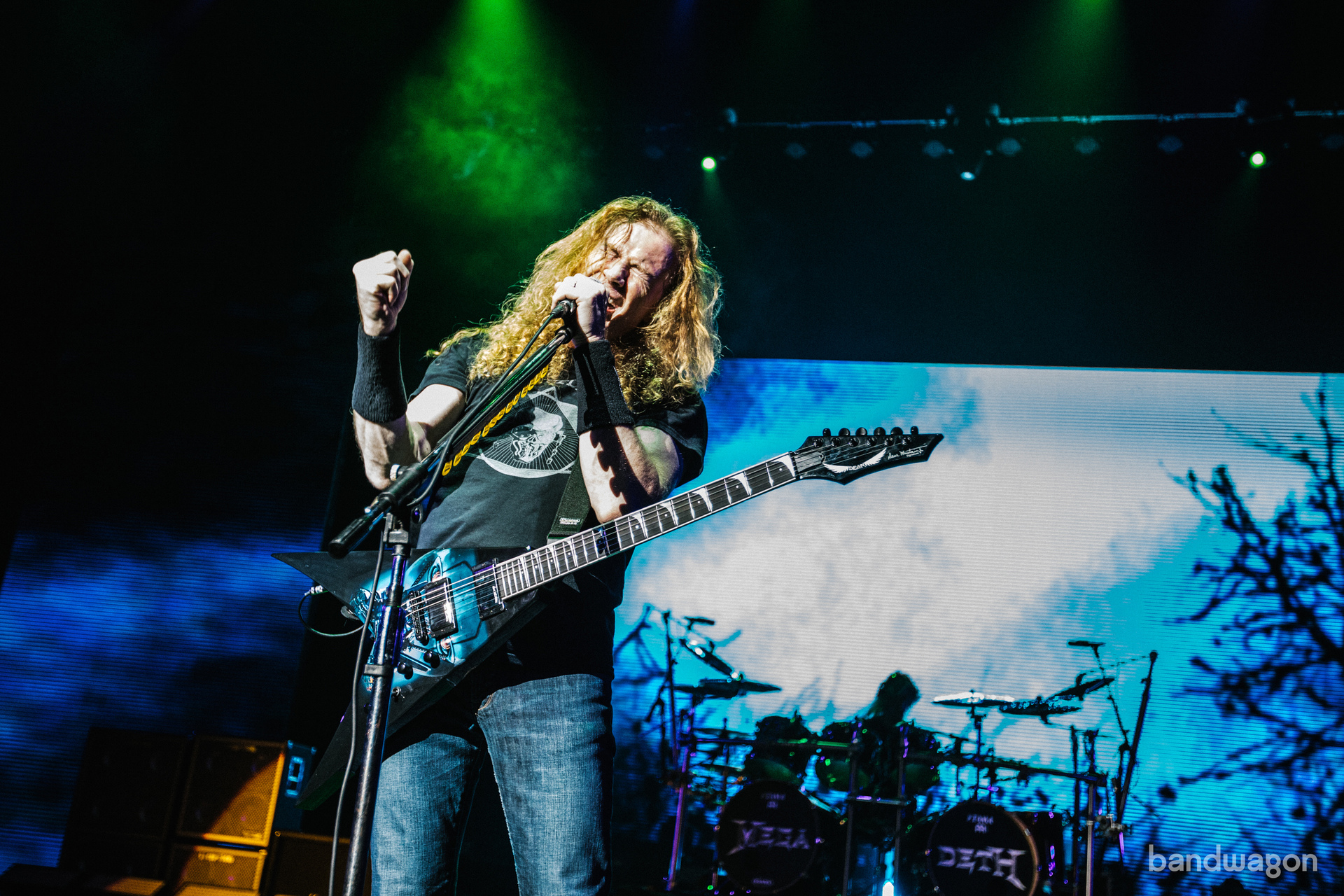 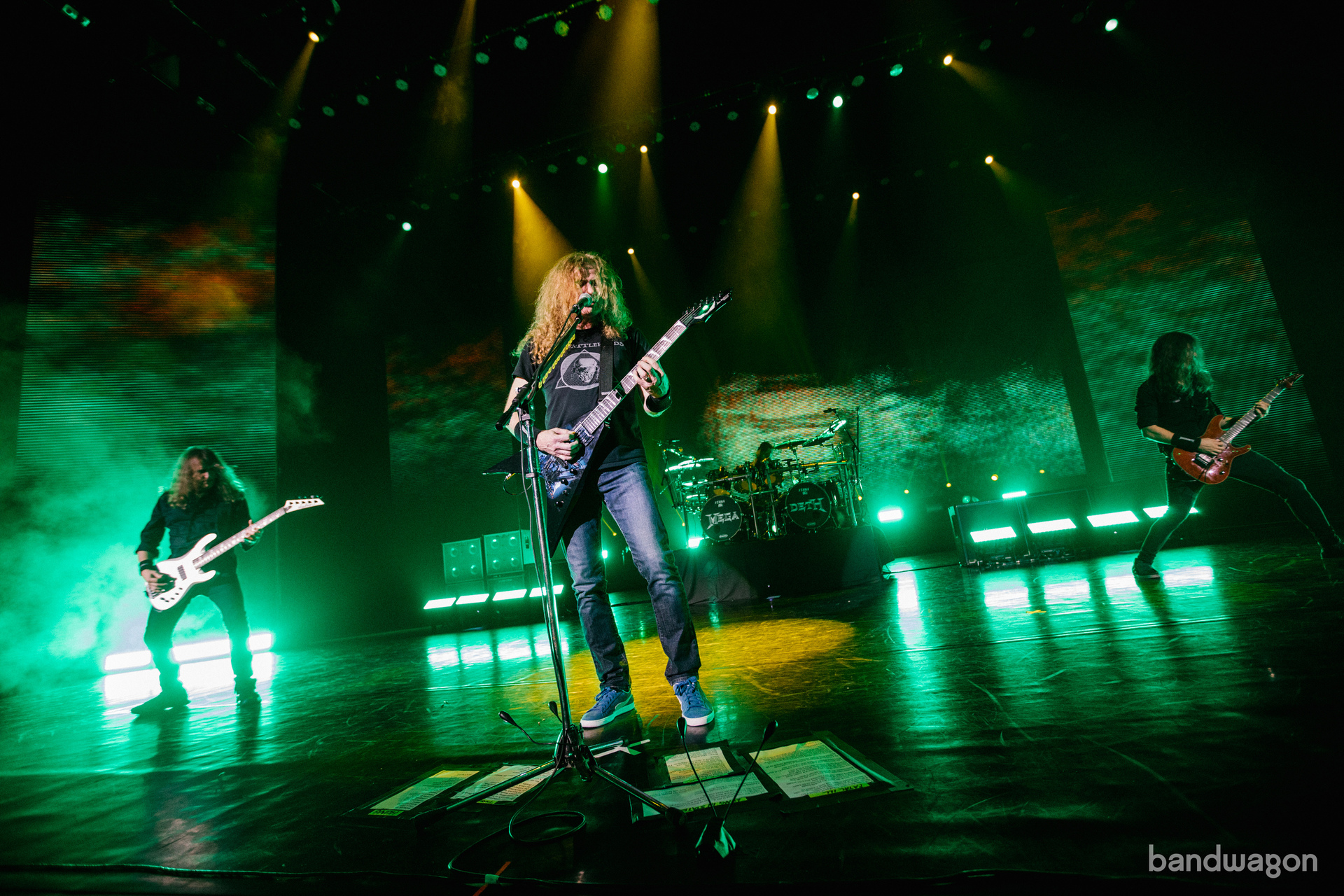