Metal United World Wide is a community project by and for metal music lovers — a series of shows planned to take place all over the world on the same day, May 5 2018, to showcase the solidarity of the global metal music scene. This year, there will be a total of 41 shows worldwide, with countries such as Australia, Brazil, Canada, Germany, India, Russia, Singapore, Philippines, South Africa, Turkey and many more taking part.

The show will take place at Decline, situated at Yu Li Industrial Building 37 Lorong 23 Geylang #02-40. Tickets for the show are still available at S$25.99 for pre-sale tickets (while stocks last) and S$30.99 for standard tickets. Tickets are available here. 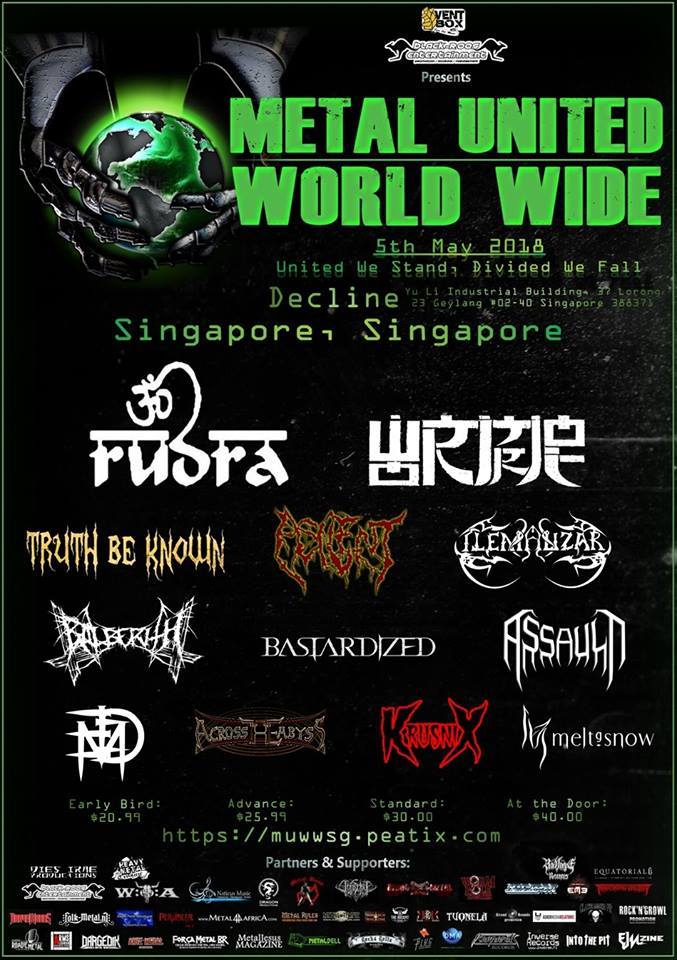