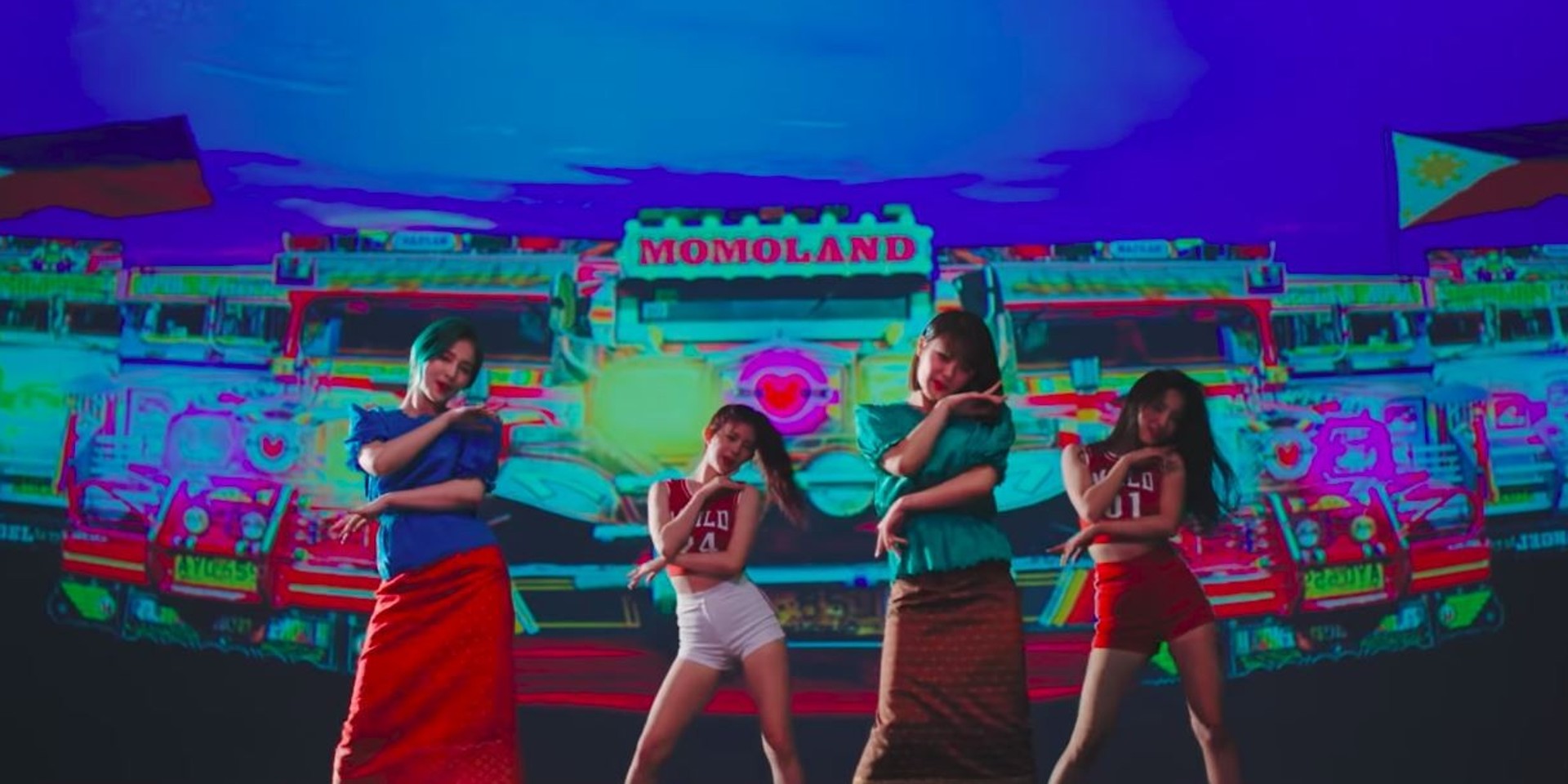 Following their announcement to swing by the Philippines this August, K-Pop group Momoland release a video for 'Baam' from their fourth mini album Fun to the World.

The vibrant 'Baam' visual takes the 9-piece act across the world—from France, Mexico, Egypt, to the Philippines—as they enter a new chapter of their career with their latest offering. Nancy McDonie, who shares an uncanny resemblance with Filipino actress Liza Soberano, is seen at the 2:38 mark of the video waving a Philippine flag.

Momoland will be gracing the Philippines on August 18. Further details to be announced soon.

Watch the official video of 'Baam' below.