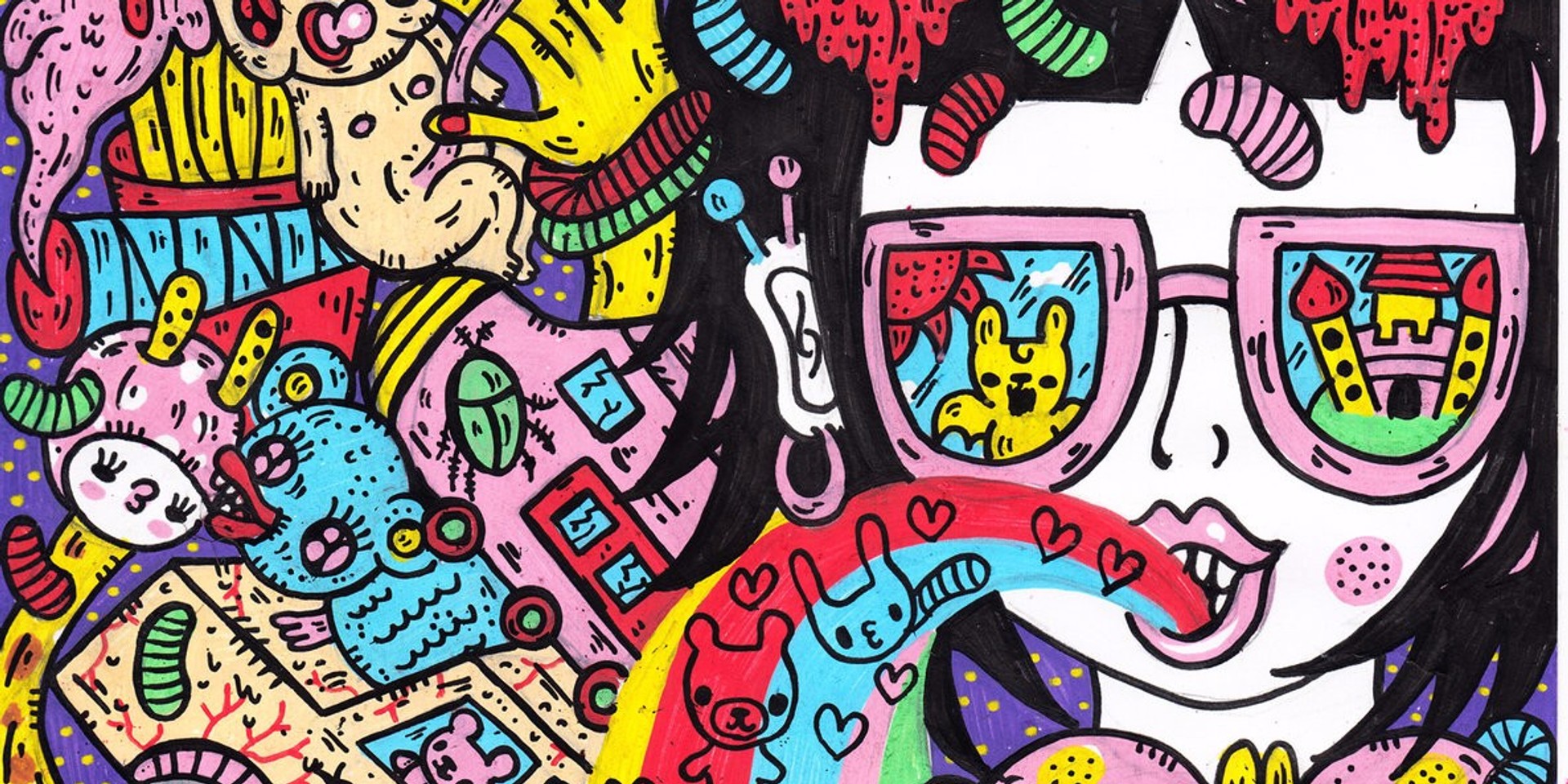 The nine-track mix concludes with the upbeat and seductive "Risa" whose cover art was illustrated by FAKKU's Yuta Sakakibara. According to Gomez, the Zoom Lens producers were given the freedom to choose which artists they wanted to work with, but while other artists may have rendered and interpreted tracks from producers they were paired with, Gomez picked Sakakibara and saw his vivid and grim illustration before making its accompanying track.

these are the lyrics to Risa, it's my first time writing something like this in a way, hope u liked it pic.twitter.com/QT2b9C3brn

Zoom Lens founder Gary Y. (a.k.a. Meishi Smile) on how Metempsychosis came about:

The idea of a conceptual art book/music compilation was brought forth by myself after FAKKU had invited me to perform at their 1st Anime Expo event under Meishi Smile. Mike (former creative director, now at Shirikodama) really helped pave the groundwork for this notion of focusing on the philosophy of “metempsychosis.”

There is a seldom spoken issue amongst musician circles about the exploitation of visual artists, and we wanted to create something that served as an equal platform for both musician and illustrator.

If you sit down and look at the book we’ve created, I think you can leave behind any negative reservations you may have had about a FAKKU x Zoom Lens collaboration. I find it to be a beautiful creation, and something that hasn’t really been done before.

We were assisted by FAKKU in choosing illustrators. They put the physical book into production (which debuted at Anime Expo, and will soon have copies available online), while we focused on choosing the musicians and taking care of the more traditional music mediums. From there, we decided who paired best and it just really went smoothly in the creative process after.

Metempsychosis is now available for download as a digital album and vinyl here, and soon as an artbook here.