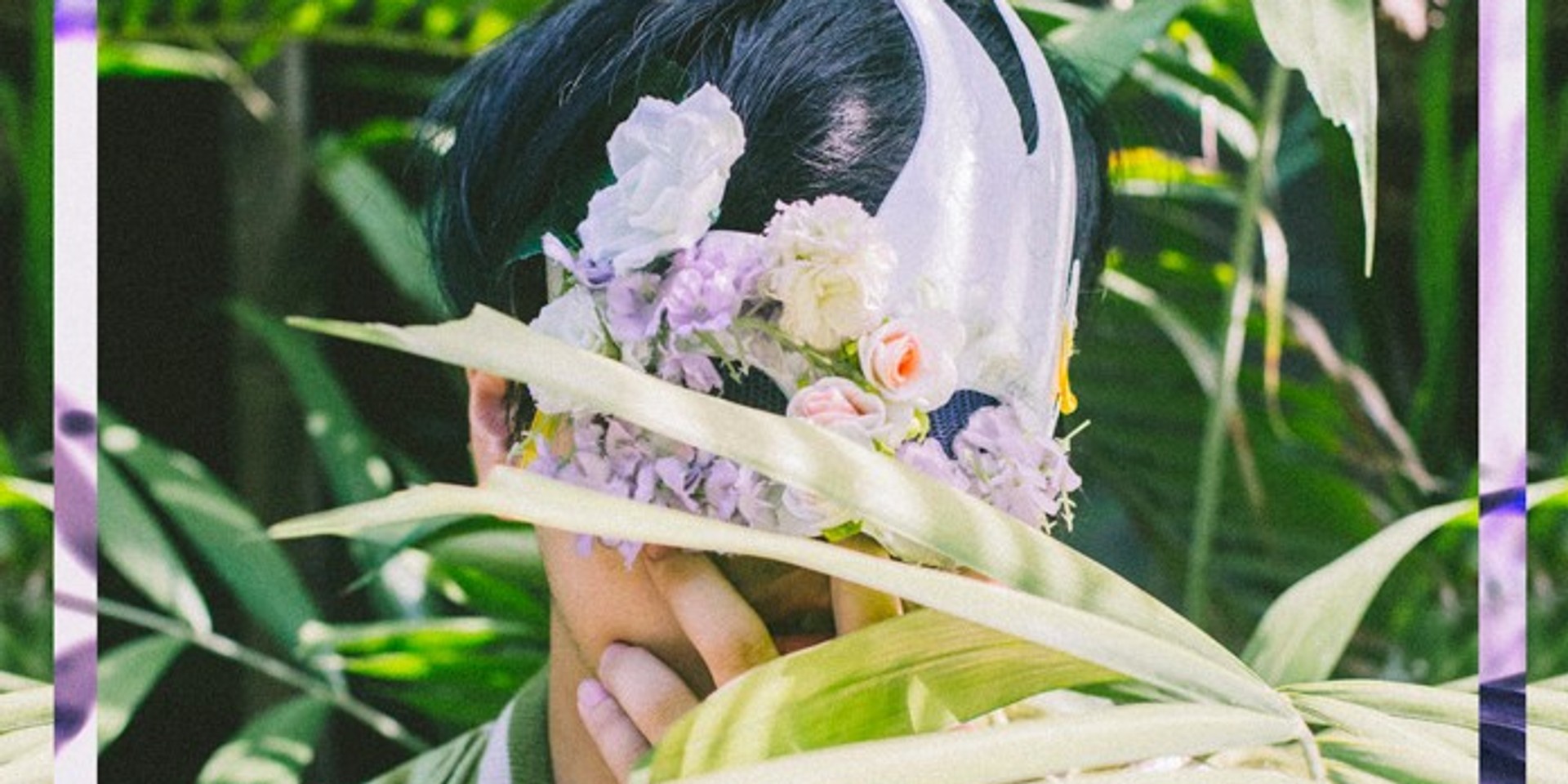 According to the producer/singer-songwriter who's also a member of Los Angeles-based producer collective Zoom Lens, he wrote "a story from autumn, told in spring" while on tour in Tokyo and was inspired by the melancholy of autumn. The two tracks make up "a love story as bright as the city but ends as cold as its wind." Bandwagon caught up with Gomez about the new track, his previous collaborations, his dream caravan, and the future for Moon Mask.

Listen to "In Autumn" below.

Gomez met Furukawa via the label when he went on tour in Japan last year. "She supported all of our shows that were in Tokyo, plus I've been a fan of Kindan for a while, so I kinda just asked if she wanted to [collaborate] on the last day over dinner with labelmates and friends, then sent the instrumental [as] soon as I got home," Gomez shares with Bandwagon.

He says that he and Furukawa felt that there was something lacking in what they'd worked on together, so he reached out to tide/edit's Clarence Garcia. "I love tide/edit, Clarence is a swell guy. I reached out to him last February to have his guitars on the track. He did them at his own place, though. It took me a while to figure out that Clarence was the last element needed, I reached out to Clarence out of love for his craft and yes, also because he has shown support for my work in Japan and Zoom Lens as well."

"Having Aly and Nat was great. What's exciting about collaborations is how someone else can take your work to the next level in terms of output and quality. It's also always great to be open to someone else's input from time to time; you learn a thing or two, like just now I finished recording with my labelmate and one of my inspirations back then as Ulzzang Pistol, Yoshino Yoshikawa. Coming to his home studio in Hachioji was surreal, I saw his discipline as a producer at work. My track with Yoshino should drop sometime this year, I can't disclose the details that much. I have a song coming out on a [collaborative] art zine produced by my label Zoom Lens and a popular website, and a track that my labelmates LLLL, leader Meishi Smile, and I made under Japanese label Maltine Records."

Asked about his dream festival, Gomez says, "I wouldn't throw a festival but rather an Asia-wide label caravan, under the name "Zoom Lens Family Values Tour" highlighting most of our label mates in Asia: LLLL, Yeule, Yoshino Yoshikawa, Mushiba, Dj Obake, Gigandect, I-FLS, our leader Meishi Smile; and label friends, Aseul and Oh Hee Jung from Korea, Yllis from Singapore, and Everfor (specifically weiansue) from Taiwan.

The release of "In Autumn" comes with "After Autumn," an interlude performed by Clarence Garcia. Listen below.

A previous version of this article stated that Yoshino Yoshikawa's studio was in Chiba instead of Hachioji. The article has since been edited.