After it was announced a while back that rapper Kid Cudi would be headlining, Manila-based Wanderland Music and Arts Festibal has announced a fairly sprawling lineup that will have a promising bunch of indie pop and rock acts under Kid Cudi's emotionally resonant brand of psychedelic hip-hop.

Catch the likes of Augustana, Lewis Watson, The Jungle Giants, Youngblood Hawke, along with local indie acts to discover. RAC will also be on the decks for a DJ set over at the festival. Manila's not that far away, so you know what you can do! 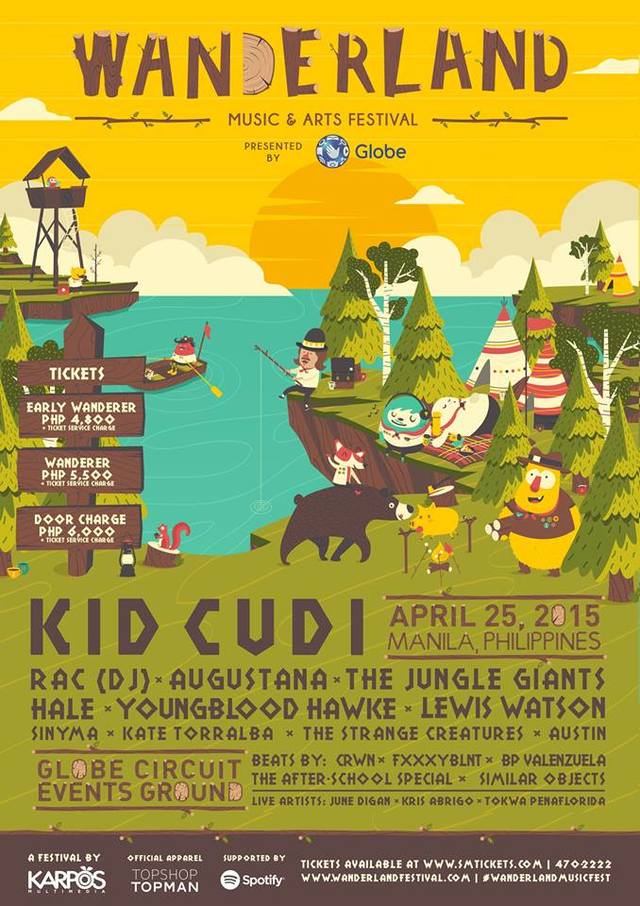 Stay tuned for more exciting announcements from us and the Wanderland camp pretty soon. For now, here's a sample sound bite of the festival vibes: