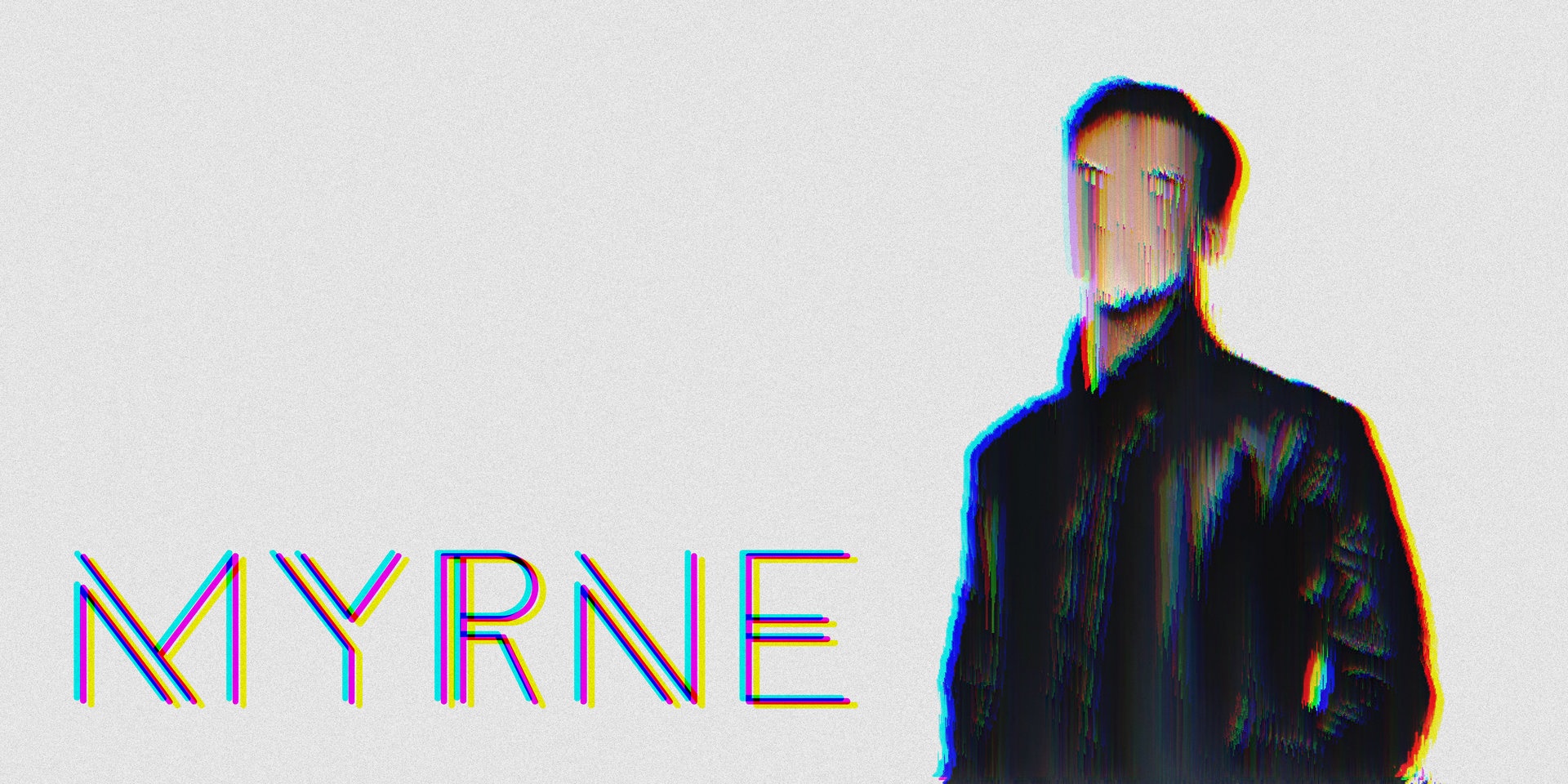 Over the last decade, the Los Angeles-based imprint has built a hot reputation for picking up exciting and exotic talent from all corners of the globe (they famously introduced Brazilian baile funk and Angolan kuduro into Western dance consciousness in the late 2000s) and turning them into superstars. From Flosstradamus to Dillon Francis to Baauer, Mad Decent has helped several producers breakthrough over the years, and now you can add MYRNE to that illustrious list.

On pure talent and production value alone, it's immediately apparent why MYRNE fits in nicely with Mad Decent's vision.

His debut EP Softsins is a tasteful five-track release that remains true to his wavey origins, but manages to incorporate elements of Jersey club, future bass, trap and alt-R&B to form tunes that are undoubtedly bangers, and yet somehow still feel pretty chill at the same time.

Now with all eyes on MYRNE, we figured this would be a good time to delve a little deeper into his story and his sound. Here we talk about his production process, his plans for the future and clear some stuff up about what really happened when he sent his early demos into Darker Than Wax.

Hey Manfred! Your profile has increased exponentially since signing with Mad Decent but fans here still probably don’t know too much about you. Could you tell us a little bit about yourself?

Hi guys! Thanks for reaching out — I'm 20 and currently in the military, with my stint ending in three weeks.

I was classically trained so I've been around musical instruments for the better part of my teenage life. I was huge fan of traditional indie/rock four-piece bands at 17, but how many times can you write songs with exactly the same elements — guitar, bass, vocals, rock drums — before it gets boring? It was there and then I fell in love with the seamless, limitless world of electronic music.

How long have you been producing and what kind of programs/gear do you use?

I've been producing for almost three years. My current setup is pretty simple: a laptop running Ableton/FL Studio, a pair of Yamaha HS7s and a keyboard. I don't rely on a lot of onboard gear. My favourite go-to programs would be Massive, Diva and a Directwave sampler full of orchestral instruments.

How would you describe your style? The broadsheets are calling you “EDM” but that’s pretty generic.

I'd like to brand myself as indie electronica, but on most current measures my sound would be a combination of future bass, R&B and trap. I didn't even know I made "dance" music. I mean, it's cool, it's wavey, you can nod your head to it, but when the tracks were still in my head I didn't really see crowds dancing to it. I enjoy lush soundscapes, drawn-out pads and orchestral elements — combined with choruses that shock the audience upon first listen. I'm supposedly still under the umbrella of electronic dance music, but my emphasis would be more on "electronic." I like my songs to tell stories, especially with the reassurance of female vocals.

Just to clarify, the papers mentioned that you were turned down by Darker Than Wax. Could you elaborate on that?

It was a demo I sent years ago. To clear things up, they just didn't get back to me. It would be unreasonable to demand big labels to reply to every submission. A&Rs get swamped with demos every day! My production still had a lot to go creatively and sonically back then.

Who else did you approach before Mad Decent came calling?

It's strange. The EP didn't come together until I got the mail. I was completely swamped with work in the army so I had no time at all to grow as an artist, or to find time to work on new music. I didn't have any new songs to ship out to labels.

Tell us about the moment when you got the news that Mad Decent signed you. How did it happen and how did you initially react?

It happened when Paul Devro chanced upon a spin I did of ‘To U’ on SoundCloud. He sent an email asking if I had any more stuff. I was pretty skeptical, because I was unsure if my sound would fit on such a huge label. I gradually became more excited as weeks passed, while maintaining a semblance of skepticism. But I knew I couldn't let a door like that close, so I committed all my time and energy in helping the EP materialise.

We hear that Paul Devro made a couple of creative changes to Softsins. Were you apprehensive about the changes?

He left the instrumentals as is — the whole team was happy with them. When the EP was in its first draft, I had JJ on two of the tracks (as on the EP) and Linying and Naomi Huth respectively on the other two. I was satisfied with the EP as a whole then, but it was more indie/alternative, and wouldn't appeal as well to crowds. Devro suggested going in a more pop-accessible direction for the latter two, so he employed the talents of Liz and Elkka on them. I went with that.

It all worked out in the end, because I have the original two songs that Linying and Naomi Huth worked on placed on different instrumentals, in a pair release coming out on Simplify Records November 23rd.

Looking forward to that! Describe the inspiration behind Softsins for us. What were you going for?

I wanted a blend of my favourite tastes — R&B, high-energy EDM, Jersey club, downtempo and a touch of soul. I was really inspired by sounds coming out of the West Coast in the US and in Australia, coupled with my favourite chillout vibes from producers that never get booked on festival stages. I wanted to recreate those experiences with more alternative vibes. What came out was a rojak of disjointed, coherent sounds that preserved musical integrity without the accompanying drop in energy.

Where can folks catch you if they want to see a DJ set?

I DJ at the new super-lounge Vanity, located at South Beach Quarter. It's future bass and PBR&B every Friday, starting 10pm.

How do you intend to approach your future in music?  What’s next for MYRNE?

I've only scratched the surface of what I could do electronically. My new songs will be bigger and more of depth than whatever I've written. I feel like I'm in a good place now, because I can commit fully to production without having any major obligations (I'm waiting for college) or touring to do. Touring can absolutely kill a creative mind. Live shows will come later, where I'll try to do all sorts of crazy shit live. But for now it's 24/7 studio lockdown.

MYRNE's debut EP Softsins is out now and available via Mad Decent.