In a woefully last-minute move, English singer Morrissey's return to Singapore has been shifted to Monday, October 17th.

The gig was originally scheduled for Saturday, October 15th. However, due to "unfortunate circumstances", as mentioned by LAMC Productions in an official statement, the show had to be shifted to its new date. All tickets will be honoured for the new show — remaining at Marina Barrage — and any concertgoer requesting for refunds may do so through SISTIC.

The rescheduled date might have to do with the fact that his Bangkok show — previously scheduled for October 18th — was just cancelled in light of the death of Thailand's King Bhumibol. Freeing up Moz for more time in the continent before setting sail for Australia, we can definitely picture the man sunbathing in Bali — take that mental image as you may.

Read the full statement by LAMC Productions below. 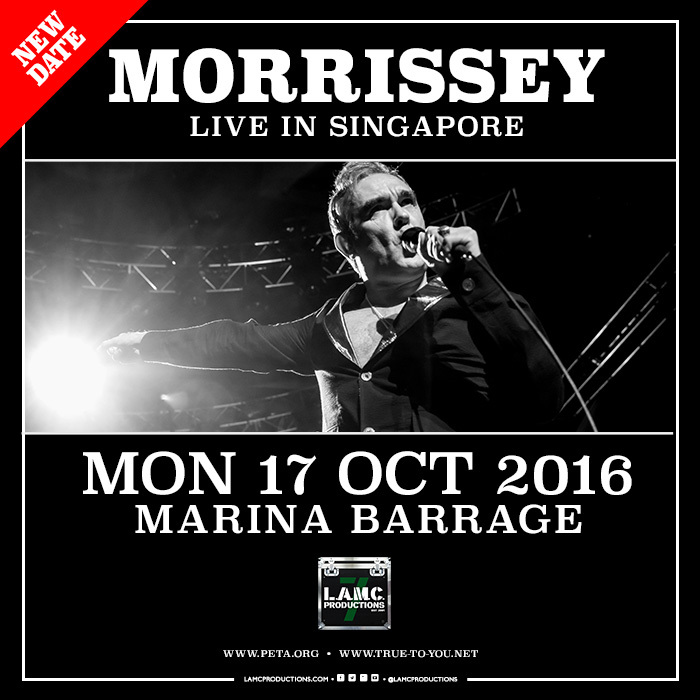 "Due to unforeseen circumstances the Morrissey show at Marina Barrage on Saturday, 15th October will now take place at the same venue on Monday, 17th October.

Morrissey and band are very much looking forward to the show. All existing tickets will be honoured. For those unable to attend, refunds will be available at SISTIC. Stay tuned for further updates."