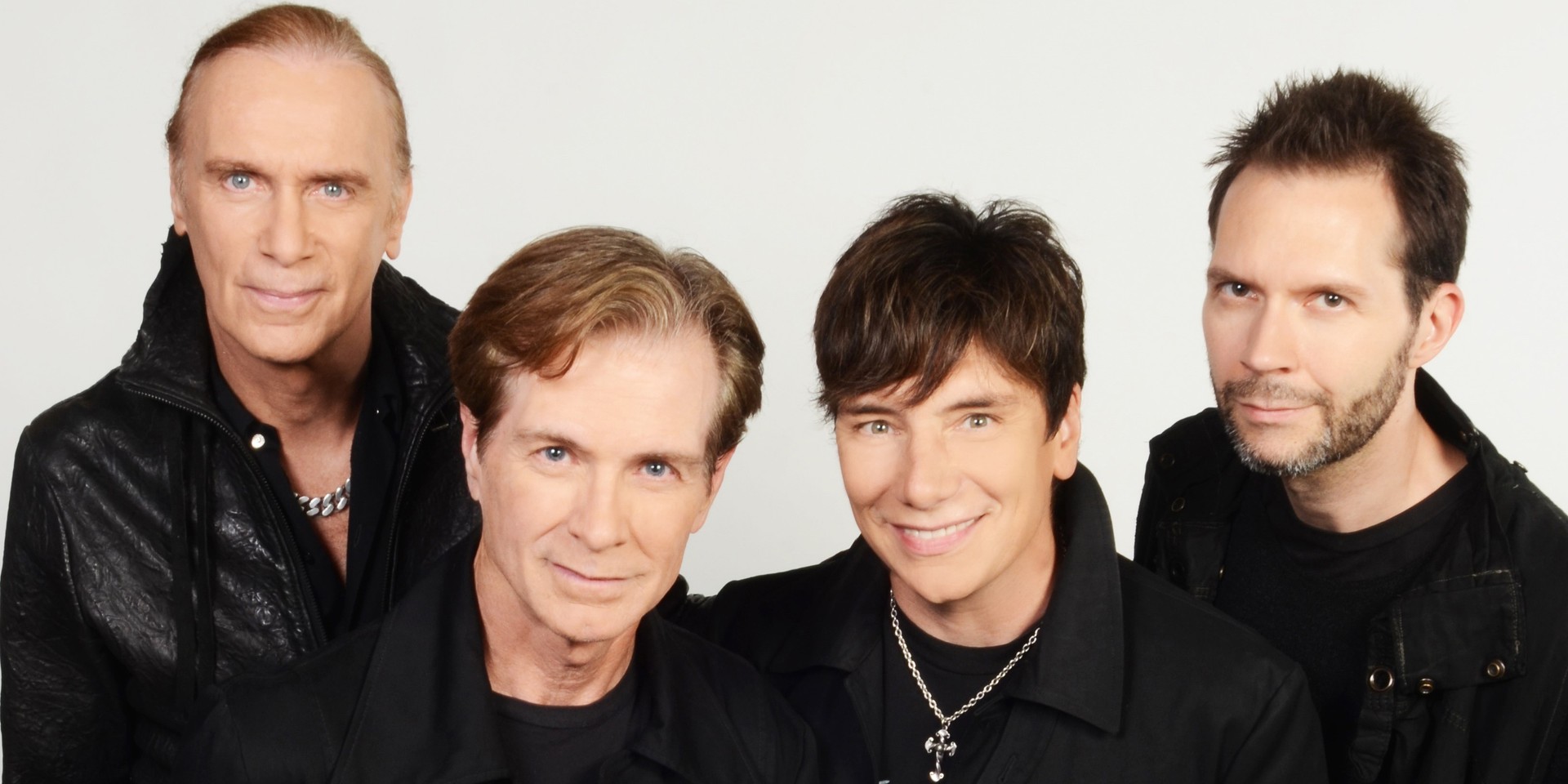 Mr. Big is a band of musician's musicians, that is clear from the onset. Made up of instrumental wizards with God-given technical talent, every member of the hard rock group has been lauded for their work in their respective fields.

For drummer Pat Torpey, he may be the most underrated member yet, but not in the way you'd imagine — the long-time drummer has battled Parkinson's disease since 2014, and yet, his work with the band and other pursuits have never wavered.

We speak to Torpey to gather some stories behind each album in their discography, their "Beatlemania"-like periods of success and his own battles with Parkinson's. 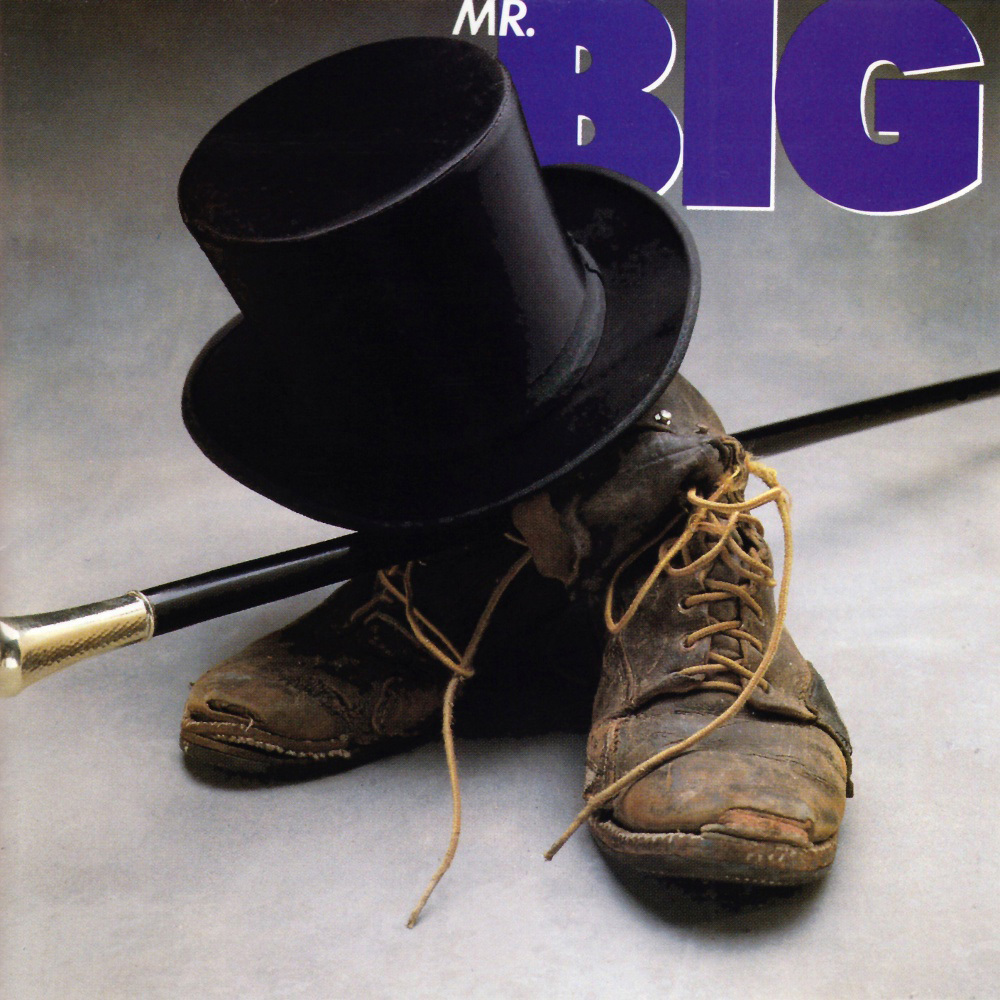 What was the best memory you have of touring for the album?

That was an experience. We were new to the scene and we really needed to win over the fans at every show we played. I think we really captured the audience's attention with 'Addicted To That Rush', which we opened the shows with because that song is essentially the essence of the band."

In two years, it'll mark the 30th anniversary of this album. Is there anything special planned?

Pat: Definitely, it's still awhile away so we don't have anything set in stone yet but we'll definitely do something for that. It's a huge achievement to be in the same band for 30 years and I know we have a ton of fans out there so when we're closer to it, we'll definitely have something planned." 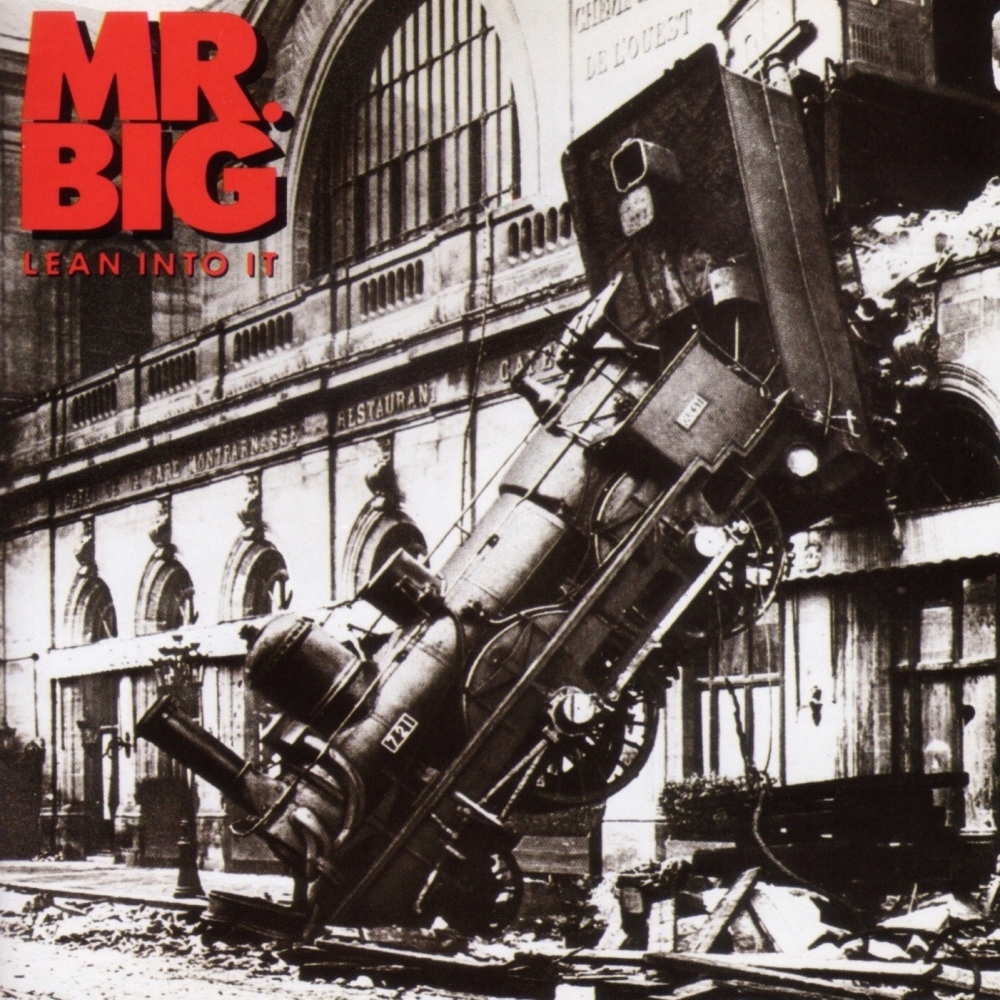 'To Be With You' was a huge song. How large of a fanbase did that particular song bring in for the band?

Oh that brought in a huge fanbase but we were lucky enough to win over the fans and kept them around for a long time.

We really showed them by then that "Hey, we're not a one-hit wonder type of band," and I think a lot of the other songs on this record and our debut resonated with a lot of the newer fans that 'To Be With You' brought in." 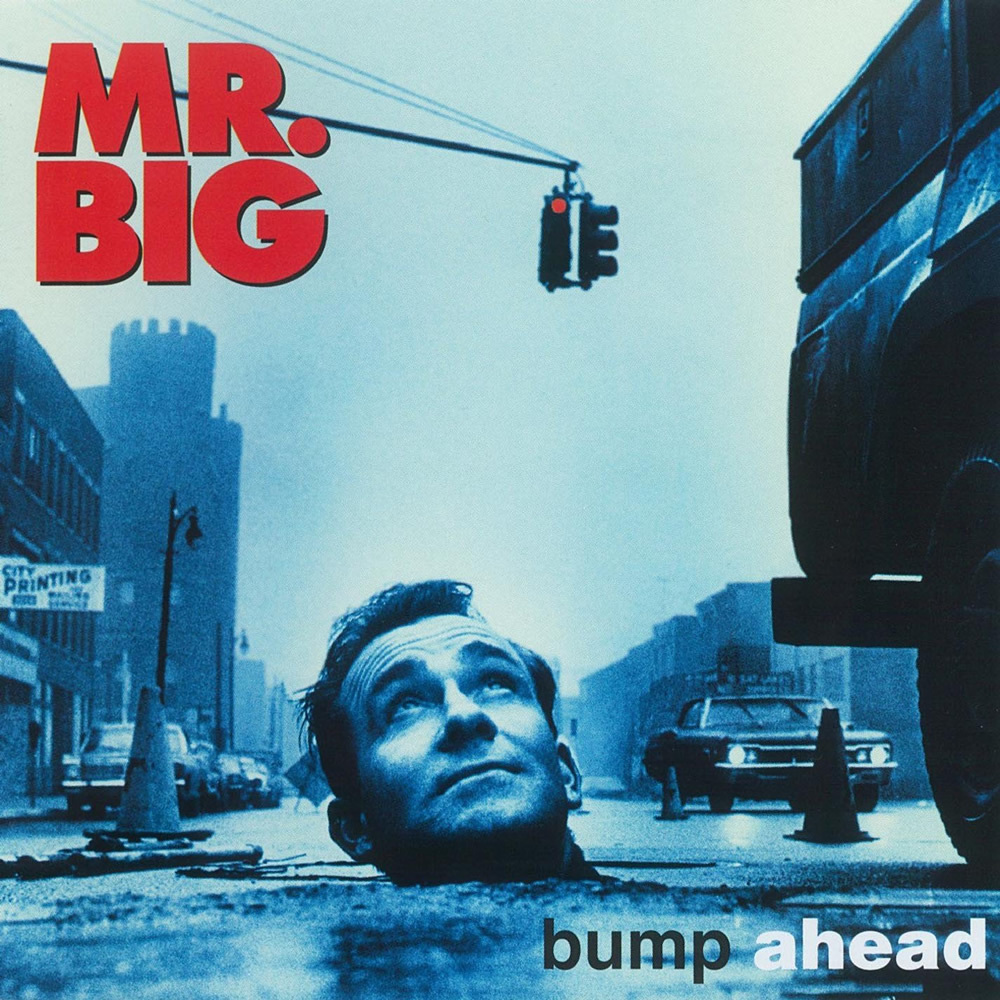 With the release of this album, you guys were as big as it could get. At any point, did it all get too overwhelming?

Sometimes it got a little overwhelming but I told myself that this is what I had wished for. I was really happy — there were some days where I felt really overwhelmed and tired but overall I was very excited and happy." 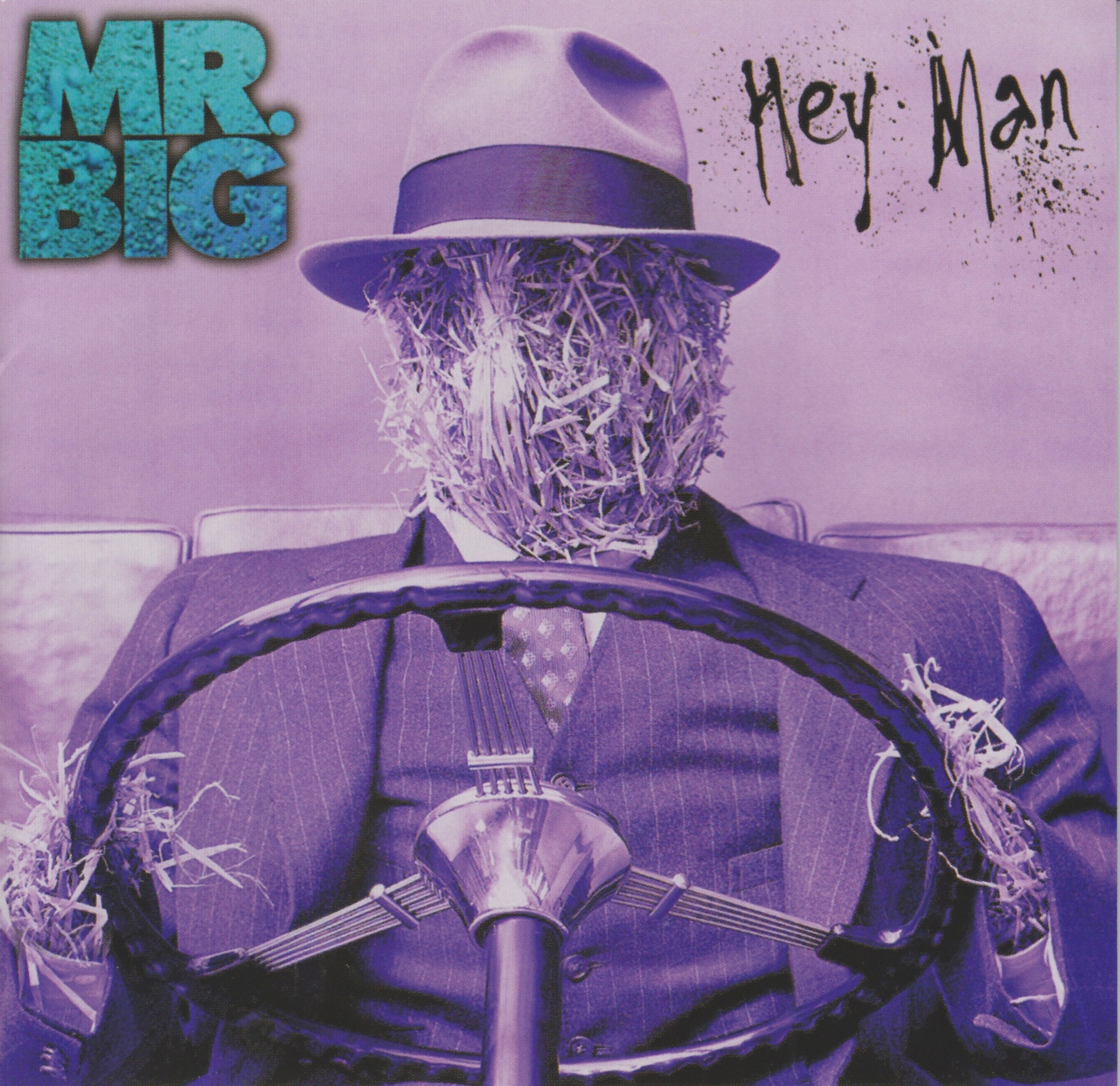 What was the craziest experience with fans you've had?

Fan experience? We've had many different things we faced.

Sometimes we didn't have enough security so we had crazy fan crowds — we had to go through them and they were pulling on our shirts. It was kind of like Beatlemania. It happened in Taiwan, it happened in Singapore and Japan and all around the world. So we got a little more aware of having enough security.

The fans were always nice, they weren't violent or anything and we didn't want anyone to get hurt but it was happening then." 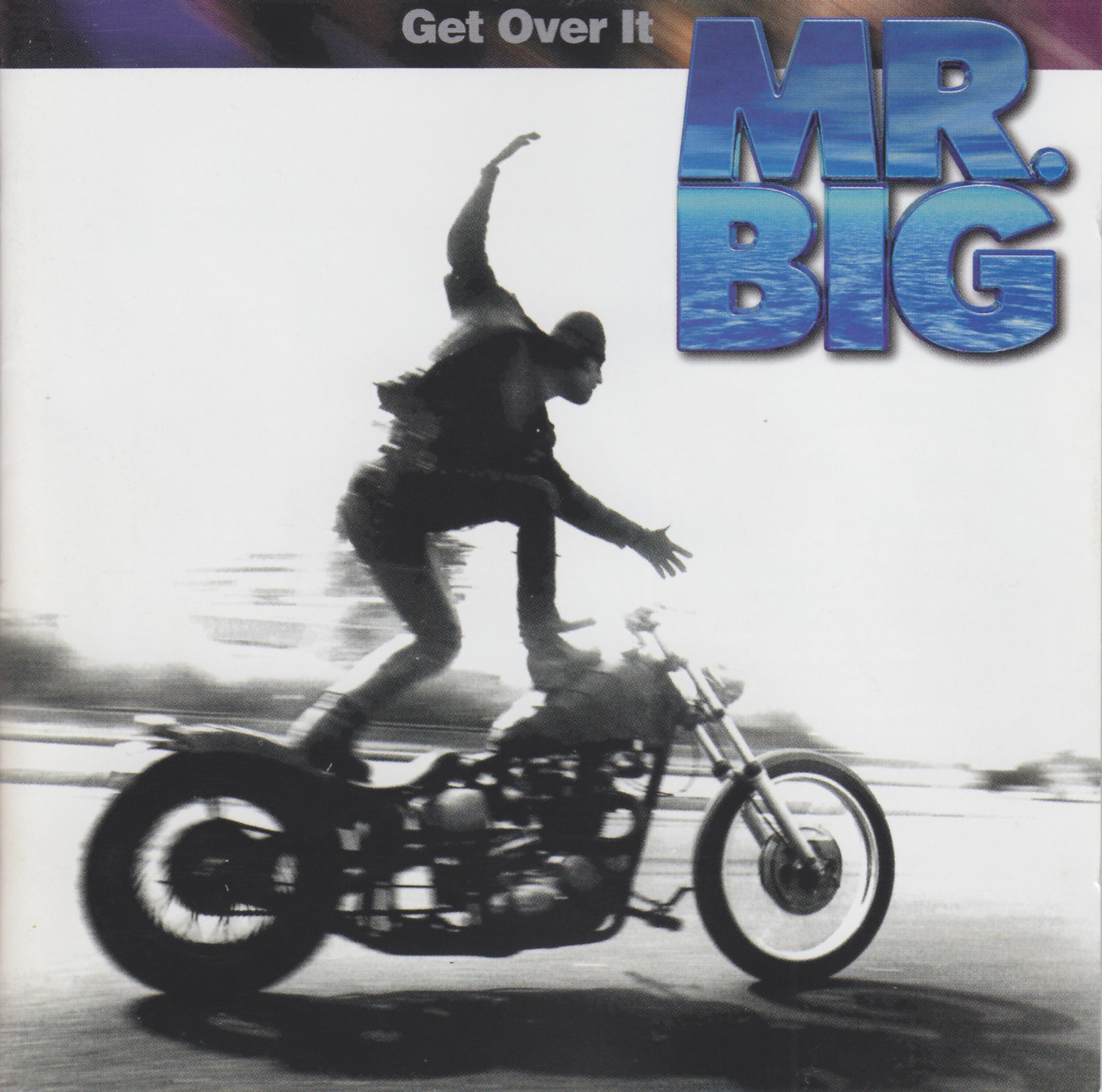 Bands get asked all the time which was their best show so we're going to flip the script. What was your worse show of the tour supporting this album?

The worst show? Sometimes, I think the worst show I've had was in Pontianak, Indonesia because I was sick.

Something I ate didn't agree with me and I got really sick but I had to go on and play the show. I just remember having to take a break and go to the bathroom while Billy played a bass solo and it was just this crappy cycle of running into the bathroom and coming out to play and it kept repeating for the whole show.

The crowd was amazing, it was just my experience of the show that made it the worst one for me. Ask any musician, having to play while sick — let alone with food poisoning — it's the toughest thing to do." 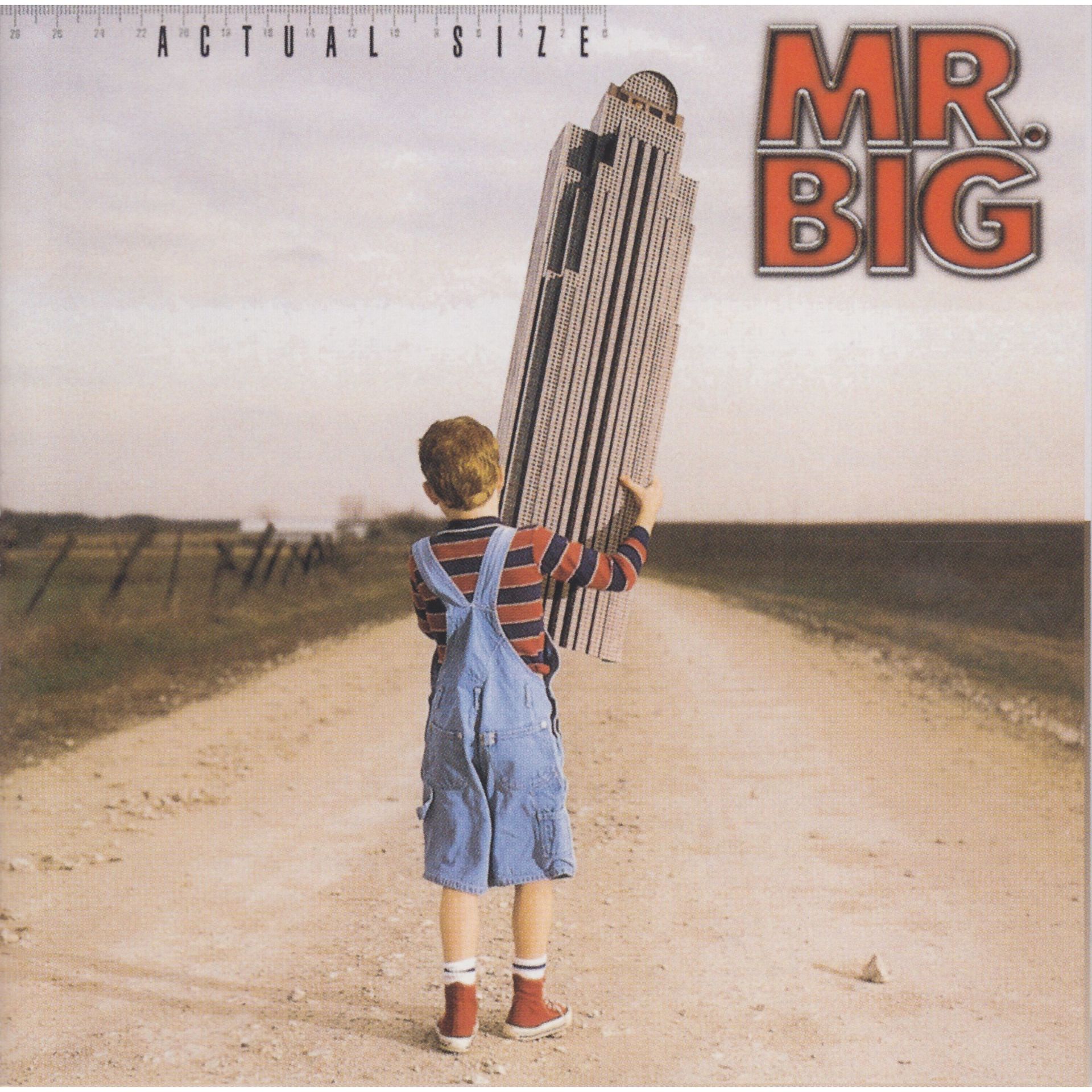 They're both really great, talented guitar players but they're different people with different styles.

I love them both and they're really great friends. They're both so easy to work with because they're both so creative and talented. Other than the differences in the way they are, it was kind of the same experience: Mr. Big gets together and jam songs out.

We did the same things with Richie as we did with Paul, there wasn't any hazing or bullying because we saw them as the same person almost — they're so alike, it's insane. They're a little different as players but the musicality and talent are so on par with one another." 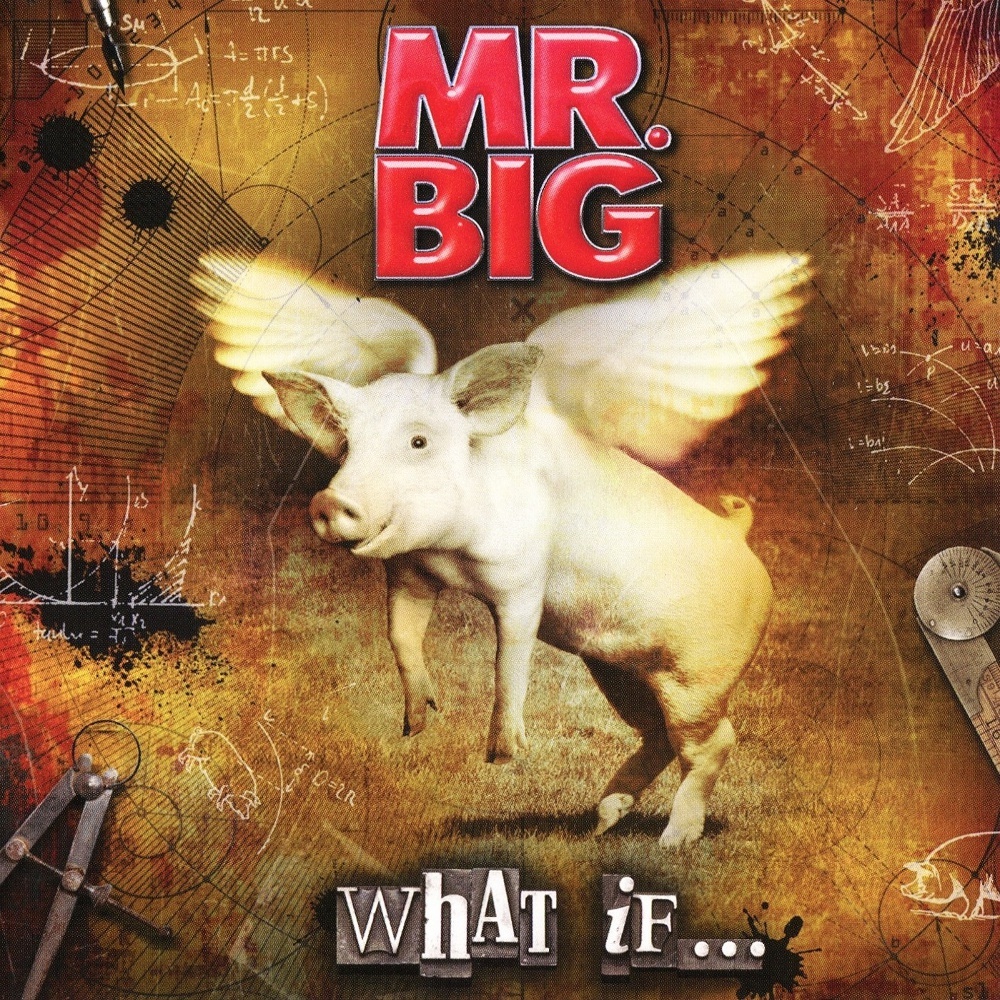 This album was released 10 years after Actual Size. Was there any pressure going into the studio after so much time away?

Well, it was a good kind of pressure. We were really glad to be back with Paul because Paul's an original member and there's nothing like an original line-up. There's always pressure to do a great record but it's not like we were trying to do something that we normally don't do.

We just wrote a couple of songs, went in. played live, had good fun, then went out on tour. That's how we've always done it." 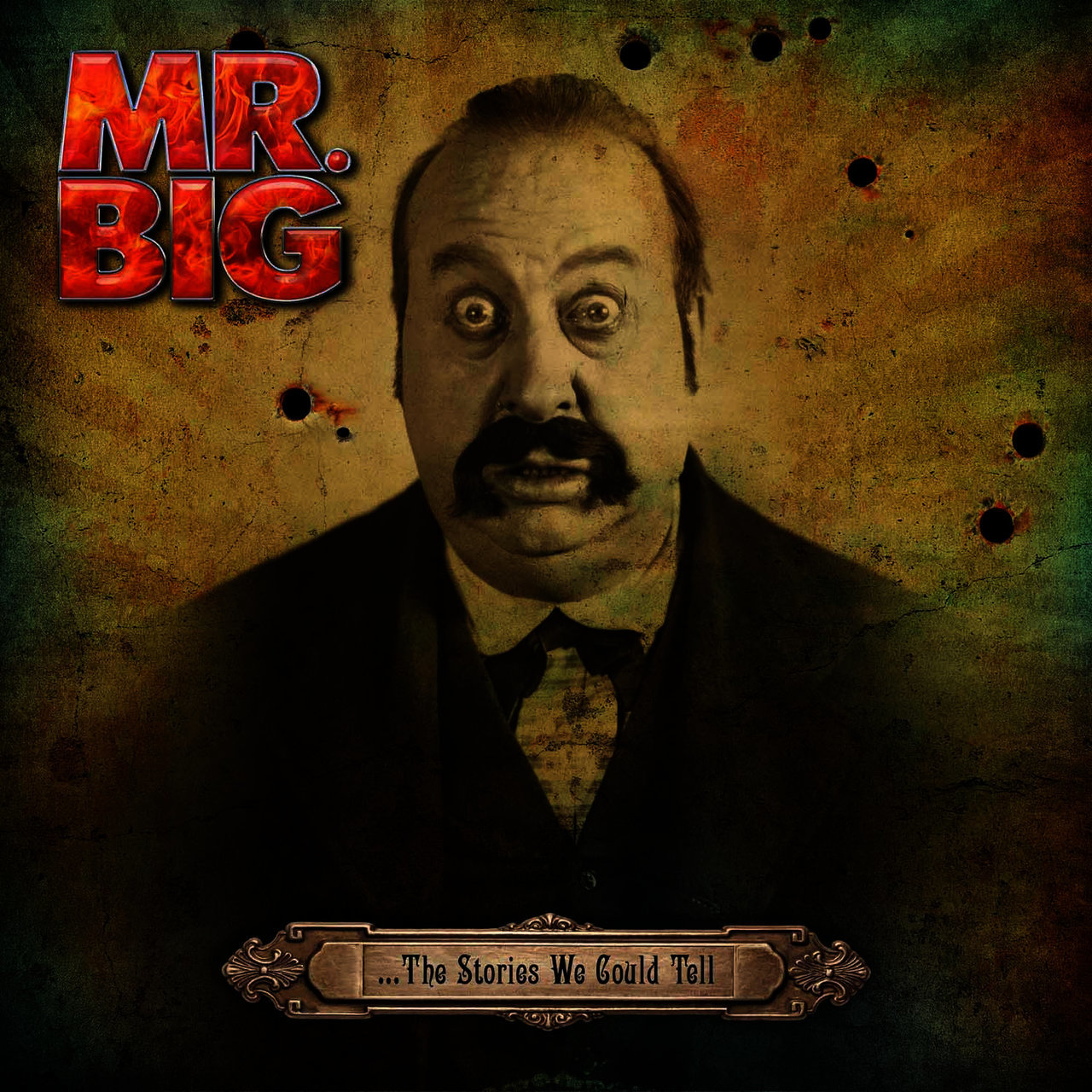 Shortly after this album was released, you revealed that you were diagnosed with Parkinson's Disease and would have to sit out the tour. How did it affect the recording of the album?

It affected the recording of the album because of the way I had to approach the drums now.

Back then, it was just beginning so we used samples and on MIDI. I played on electronic pads and I was concerned about it initially but when the record was done, the drums sounded natural and good. That's what I was most worried about.

I had to make adjustments but as far as the creative process went, it was more or less the same, it was just Mr. Big coming up with ideas together. I just had to record differently. We're just dealing with it as we go forward."

How are you dealing with it now?

It's a part of what I do. You just accept it and do the best you can. I'm still touring with Mr. Big, playing percussions and singing and some drums here and there.

Matt Starr has been doing all the heavy lifting for me but I'm just glad to be there and still be a part of Mr. Big and playing for the fans. The crowds and fans have been treating me great and they're so wonderful. It really gives me a lot of inspiration to continue on." 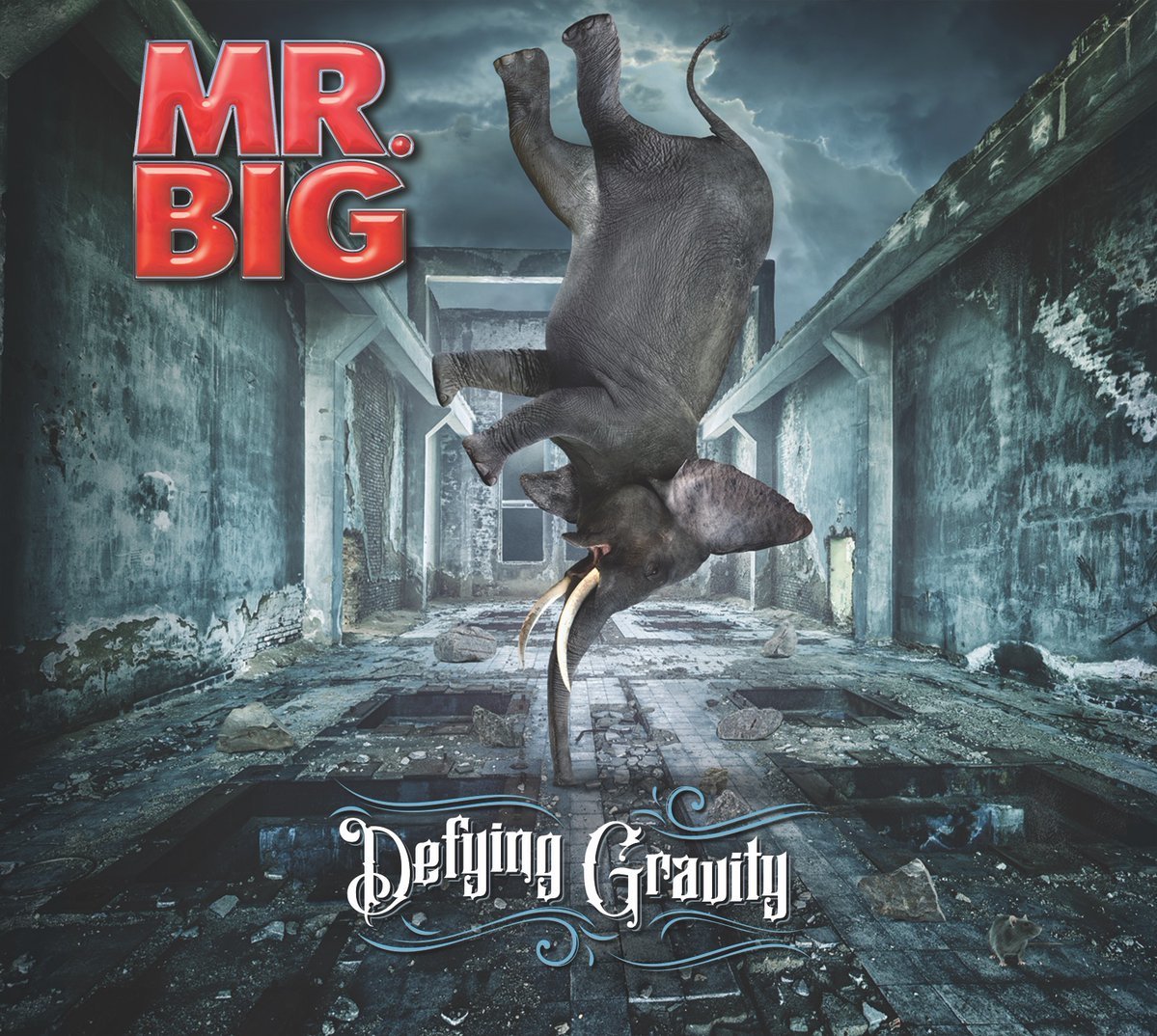 Nine albums into your career, how has the band changed since 1989?

We're a lot older. We've got a little more grey hair and more wrinkles. The music is what really inspires us and that hasn't changed at all, we all still really love music and we just love playing live shows. I think that's the fire in all of our bellies.

We love going out there and performing and that really hasn't changed. We're a lot older but we still have that passion like we're sixteen years old still. We're still here and still doing it and it's great to be able to do that."

You produced the drums for this record. Did you actually track anything or was it all producing?

No, Matt did all the heavy lifting. We were just talking over all the different ideas and approaches. When you're in the studio, there's a lot of physicality that goes into tracking the drums and being consistent and unfortunately, with the Parkinson's, it messes with your technique a little bit and your endurance and you get fatigued easily.

Luckily Matt is such a great guy and so easy to work with. We talked over the ideas and I was there during the full creative process but like I said, I'm just glad to still be around and be involved."

Is there anything you'd like to say to your Singaporean fans?

Pat:We're very grateful for the fans and Singapore is such an incredible place. It's one of my favorite places and I've had so many good memories over the decade from our performances there, the food is insane, the city is beautiful and the crowd and the people are so great. Thank you all so much and we can't wait to see you again."

Catch Mr. Big as they take the stage at the Kallang Theatre on October 15th. Get your tickets here.