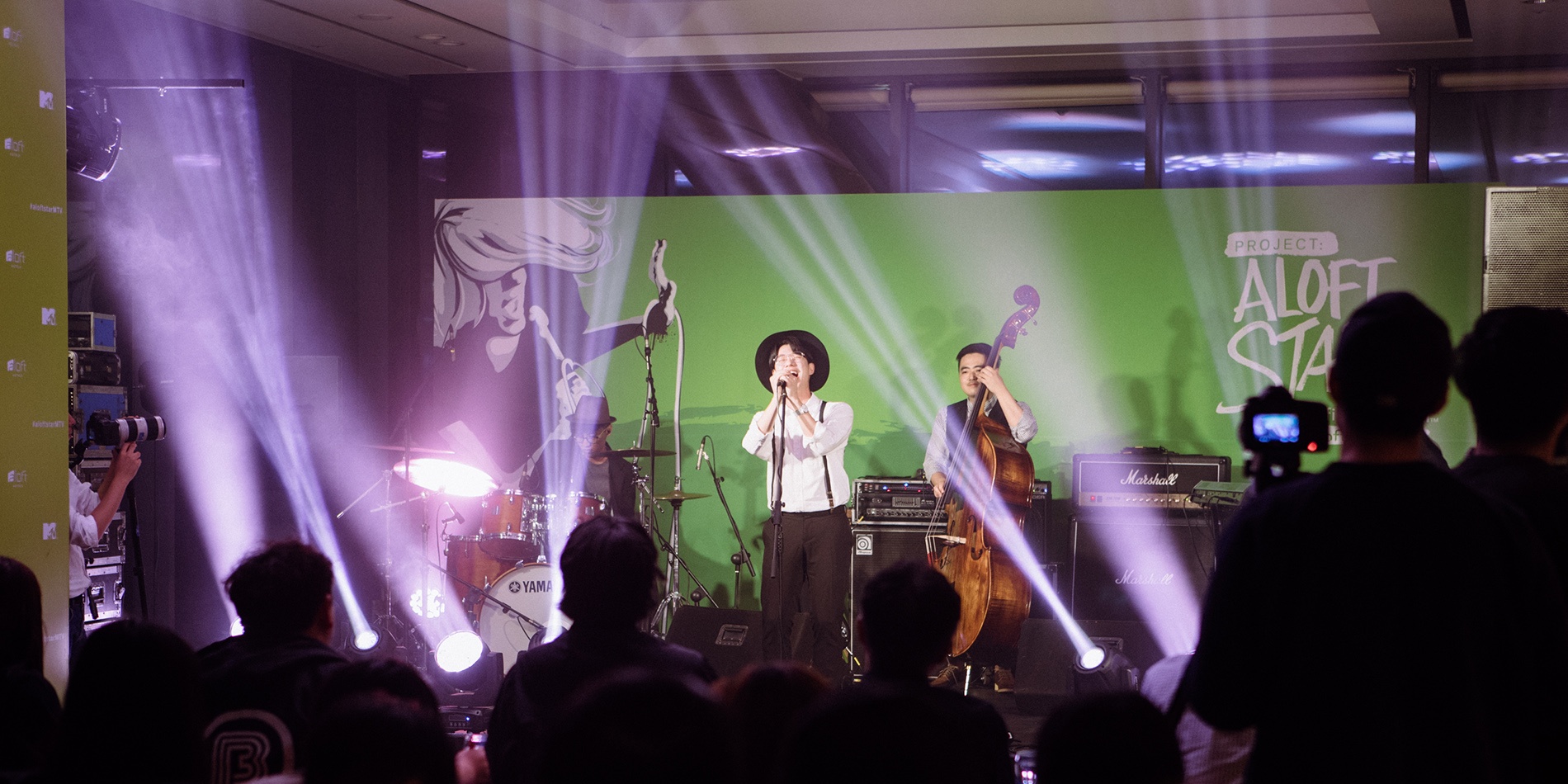 For the uninitiated: MTV’s Project Aloft Star is a competition for budding singer-songwriters to get their music heard. It operates in a multitude of countries in Greater China (Mainland China, Hong Kong, Macau, Taiwan) as well as South East Asia, of which entries from Singapore, Indonesia, and Malaysia are eligible.

Winners of the competition stand to win an extremely attractive USD$10,000 cash prize (which does more than set you up for producing a full-length record) and a Believe Distribution Services Deal, which will include mentorship, marketing, and distribution.

The path to the championship is not easy, however. The process is made up of three rigorous stages — submission entries will be subjected to the scrutiny of the general public as well as MTV judges. Seven finalists will emerge: the people’s choice finalists (the winner of the most votes in public voting) as well as the top three contenders per region.

These seven finalists will then be brought together at an Aloft! Hotel before a judging panel, where they’ll battle it out in the attempts to be the champion of the competition. Singaporean-based singer Soph Retief won Project Aloft Star in 2016.

If you think you have the chops required to bring glory to your music, band, or country, you can submit your music here.

Watch the music video for 'Guys Like You' by Soph Retief, the winner of Project Aloft Star in 2016: