After performing two well-received, large-scale shows in Singapore, the first being at Fort Canning Park all the way back in 2007 (anyone remember that show?), British rock powerhouse Muse are set to return to Singapore on the height of their tour for upcoming album Drones.

Making themselves at home in the eminent Singapore Indoor Stadium after performing there with Saosin and Rise Against in 2010, Muse will be taking centre stage on September 26, 2015.

Officially serving as their seventh studio album, Drones will be coming out on June 5, with singles such as  'Dead Inside' and 'Mercy' released ahead, showcasing a harder-edged version of Muse's constantly-evolving take on alternative rock. Lyrically, it sets the band right into subject matter they've taken before, this time with a stronger sense of urgency and strangely brutal conviction, especially with the brief album title.

"I didn't know how prolific drone usage has been." says frontman Matt Bellamy in an interview with Rolling Stone. "I always perceived Obama as an all-around likable guy. But from reading the book [Predators: The CIA's Drone War on al Qaeda by Brian Glyn Williams], you find out that most mornings he wakes up, has a breakfast and then goes down to the war room and makes what they call 'kill decisions.' He makes that decision based on a long chain of intelligence people who, as we all know, can be very unreliable."

While the promoter for the Singapore show has yet to be revealed, along with ticket prices, the band themselves have confirmed the date, along with the official start of ticket sales at 10am on June 10. As we anticipate for more details, here's a playlist of our favourite Muse tunes to jam today! 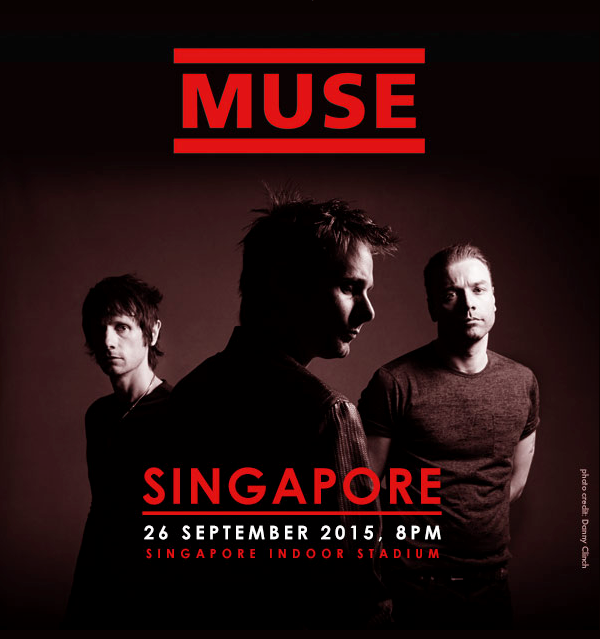