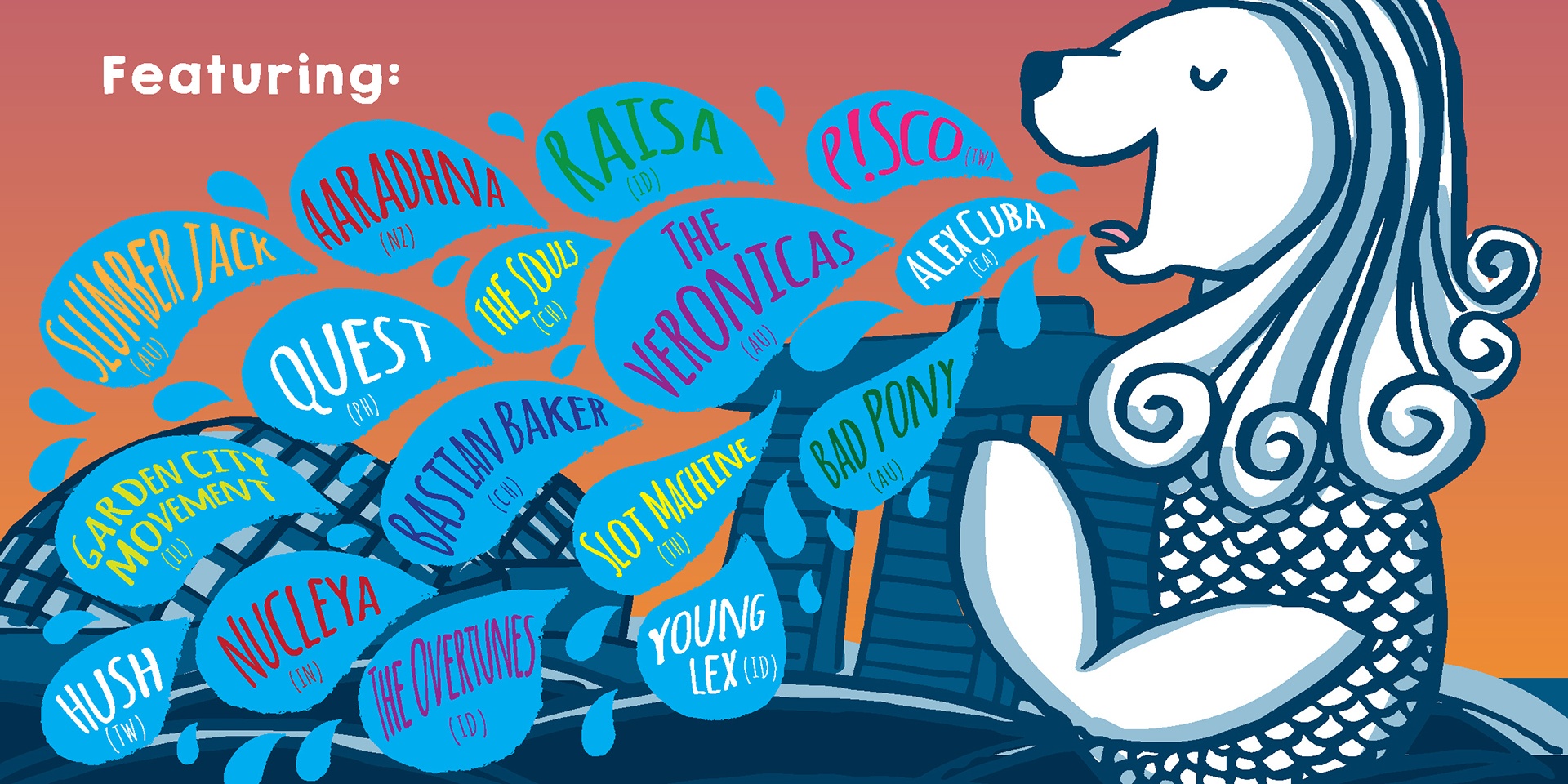 As it is, Music Matters is one of the most effective platforms in Singapore that allows access to a world of live music, and we mean that literally.

The main focus of the long-running festival — which serves as the music arm of All That Matters — has been to showcase emerging talent from all over the globe, and to allow the personal connections that come with the joie de vivre of live shows.

This year's no different as they've unveiled their first 24 acts set to perform in Singapore, and it comes as the cherry on top of a cavalcade of shows in September. Sandwiched neatly between Ultra Singapore and this year's Singapore Grand Prix, it has made their shift to Marina Bay Sands (from their original location of Clarke Quay) all the more purposeful.

Leading the pack of their first wave of acts are celebrated Australian duo The Veronicas, New Zealand singer Aaradhna, Thai band Slot Machine, Filipino rapper Quest among many others. Additionally, Aaradhna will be making an appearance at the Singapore Grand Prix, while Australian act Slumberjack will be incorporated into the heavy-hitting line-up for Ultra Singapore.

There will be performances held at live music venue Millian, located at St James Power Station, along with Timbre Music venues like Barber Shop, Timbre Music Academy, Switch and Timbre @ The Substation.

Alongside the performances, there will be keynote speeches at All That Matters by chairmen from Live Nation Entertainment and Sony Music's Asian division, along with successful a capella group Pentatonix.

All That Matters is happening from 12 to 15 September at Marina Bay Sands.

My Life As Ali Thomas (Thailand)

Tank and The Bangas (USA)

Watch our Bandwagon Session with Bastian Baker, who will be returning for Music Matters this year: