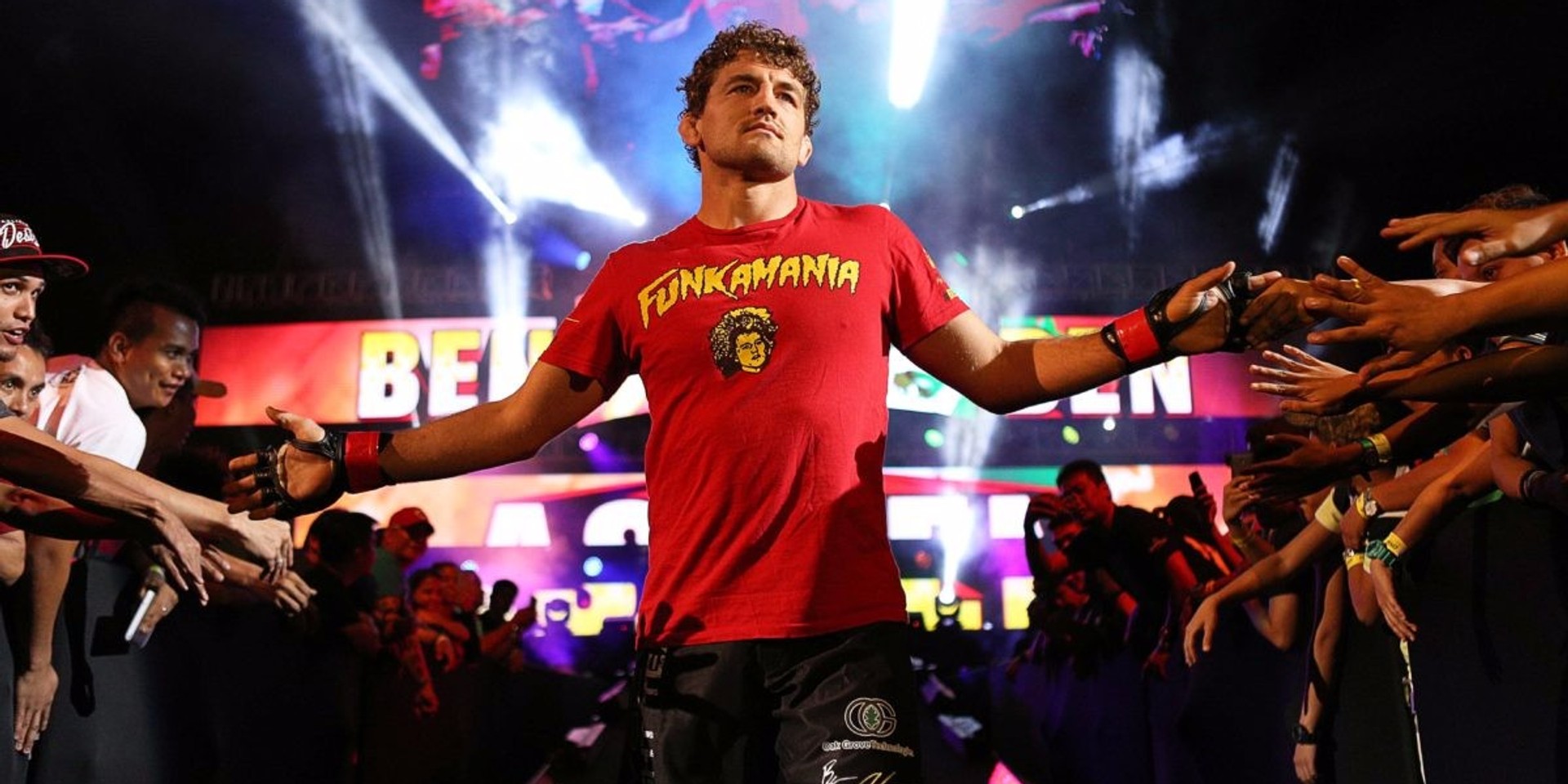 A year ago, Asia's biggest fight promotion ONE came to Singapore to hold their massive Ascent to Power event, making global headlines when Singapore's Angela Lee became the youngest ever MMA world champion at 19 years-old. Besides being a historic achievement in of itself, the fight with experienced Japanese vetaran Mei Yamaguchi was a spectacular back-and-forth battle, brimming with technique and courage, earning "Fight of the Year" plaudits from many MMA journalists and observers.

Subsequently, Angela Lee has notched an emphatic title defense against Jenny Huang in Bangkok a couple of months ago, and become one of the highest paid female MMA fighters in history. Later this month, the Evolve standout returns to Singaporean soil to defend her atomweight championship once again, facing off against undefeated MMA prospect and two-time Muay Thai world champion Istela Nunes. The fight is set to headline another blockbuster card at the Singapore Indoor Stadium on Friday, 26th May.

Just as we did last year (when we approached Angela Lee, her brother Christian Lee, and former ONE Lightweight World Champion Kotetsu Boku), we caught up with many fighters from ONE's upcoming Dynasty of Heroes event (tickets available here) to find out what their walkout music will be. As we've mentioned before, most fighters take their entrance pretty seriously, because great walkouts don't just leave lasting impressions in the minds of fans, it also helps the martial artists get mentally ready for the stressful task ahead.

We spoke to five prominent fighters ahead of next week's huge event, and here are the songs they picked out. 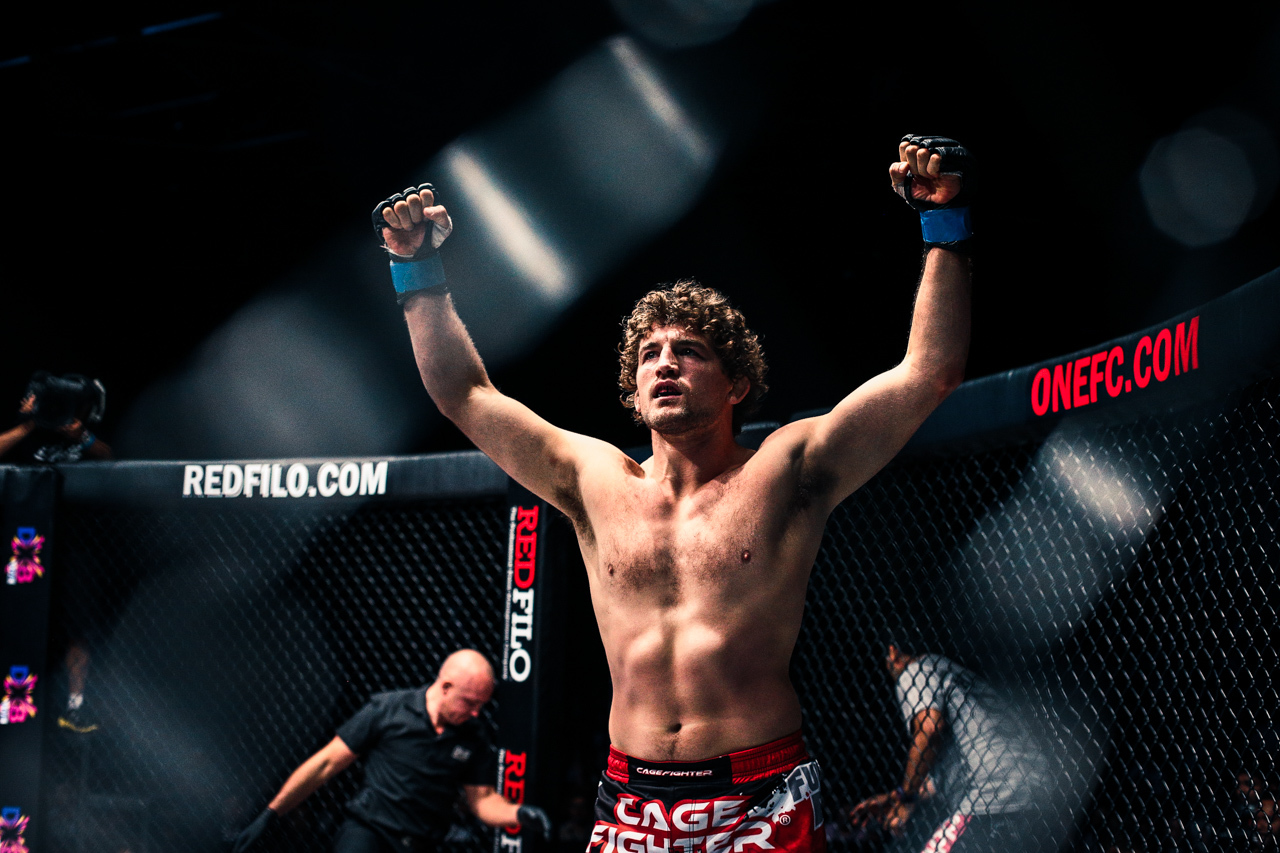 An ex-Olympian, Ben Askren is one of the most dominant wrestlers to ever compete in MMA. Besides his smothering and unorthodox (or "funky") grappling game, Askren has also added nasty ground and pound into his arsenal as well, helping him to an impressive undefeated record of 15-0. The former Bellator welterweight champion is set to defend his ONE crown against Malaysia's Agilan Thani.

Walkout song: Positive Force - 'We Got The Funk'

I have been walking out to this song for 10 years and it has my fight name in it." 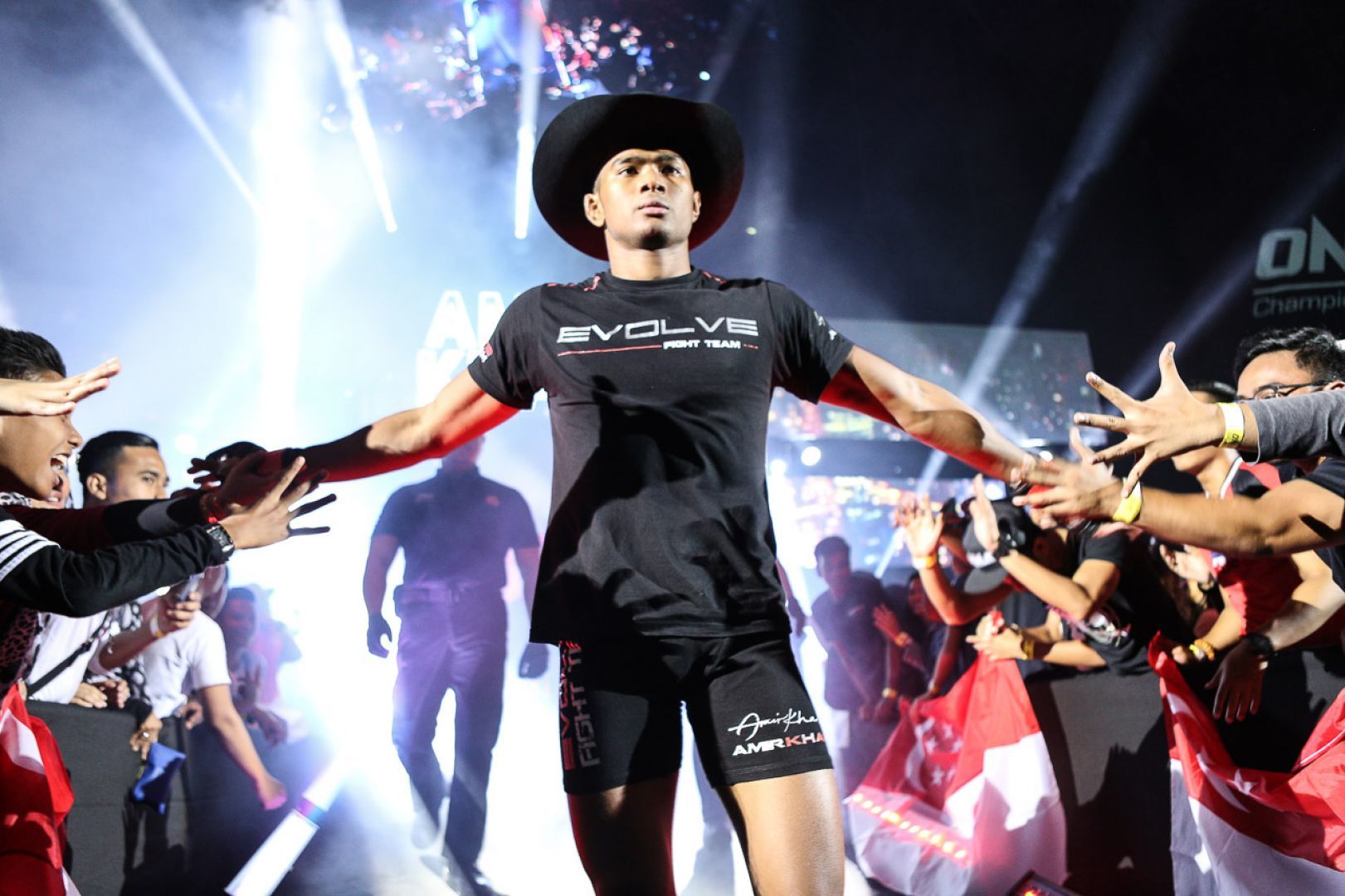 Forget the British boxing star who keeps teasing a switch to MMA, Singapore has its very own prospect by the name of Amir Khan that's ready to take the MMA world by storm. At 19, Khan is already one of Evolve's best known local pros, riding a three-fight win streak thanks to his blitzkrieg Muay Thai offense. The local fighter will be bolstered by home support in his upcoming bout against Rajinder Singh Meena.

First of all, I'm a big fan of The Weeknd. I can really connect to his songs very well. The song I'm walking out to is 'Starboy'. This song really gets me in my zone and its gets me in the right mood to perform well." 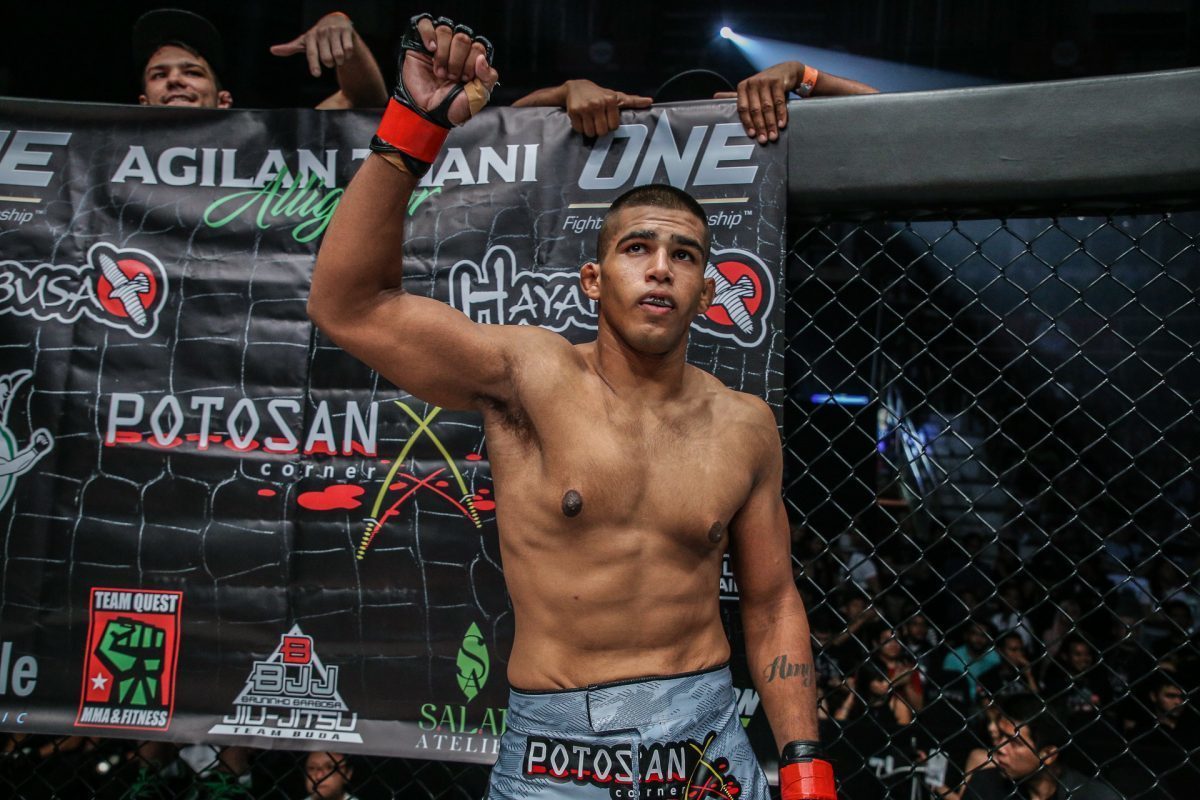 Undefeated Malaysian star Agilan “Alligator” Thani has a chance to make history as he gets set to challenge Ben Askren for the ONE welterweight world championship. A co-headlining slot against an MMA titan is a high-stakes test, but we think that betting underdog Thani should not be underestimated. Holding a record of 7-0, the "Alligator" is surging after his recent submission victory over Jeff Huang.

I like the sound of the song and it makes me feel very relax and chill." 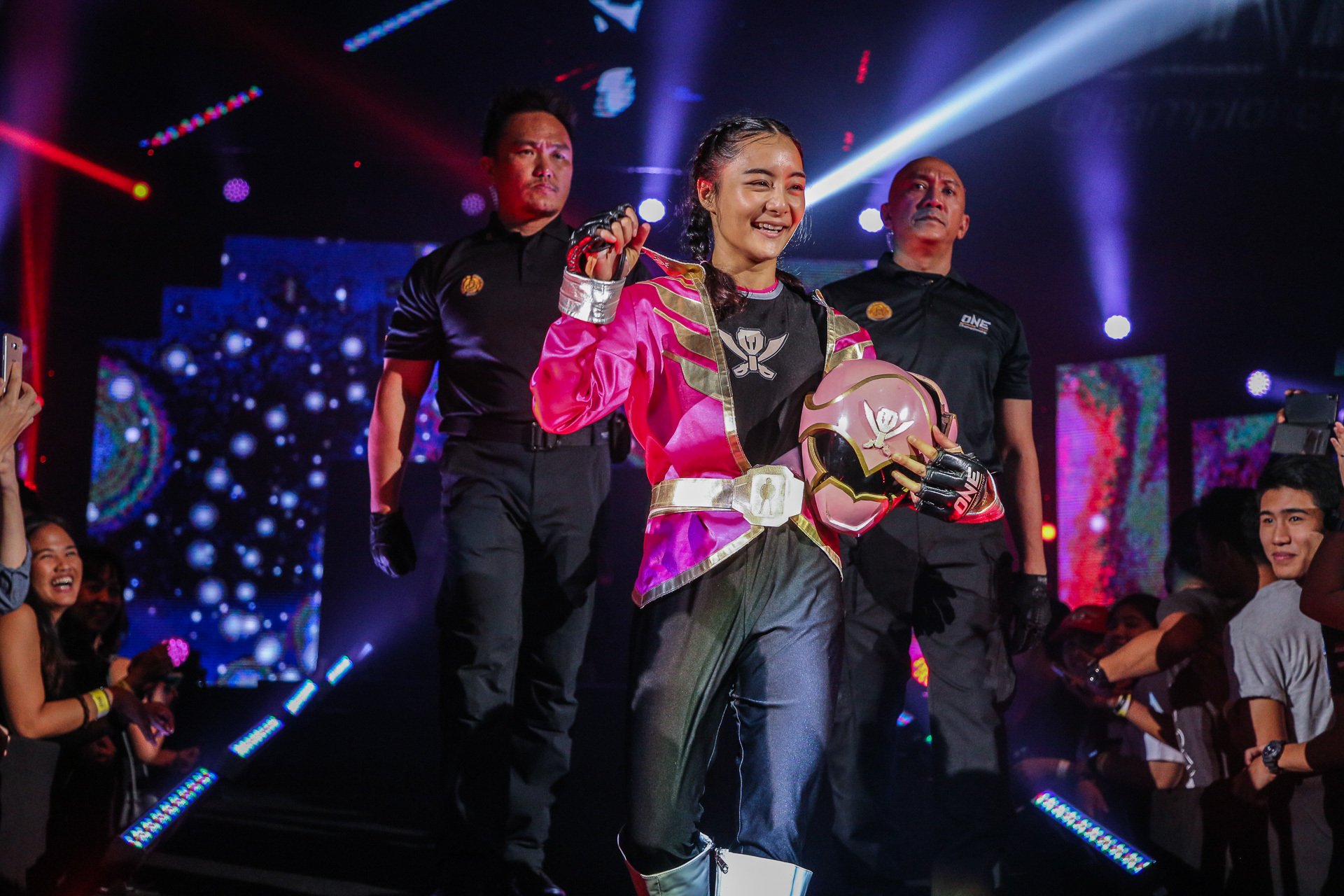 Rika “Tinydoll” Ishige may be a newcomer to the sport, but her debut match at the Impact Arena in Bangkok, Thailand earlier this March certainly proved that she's one formidable rookie. Her first round TKO win over Malaysia’s Audreylaura Boniface was impressive, but it was her elaborate cosplay entrance that got the crowd buzzing. Next up, the Japanese-Thai atomweight takes on the Philippines’ Jomary Torres.

Because it is a Thai song and Bodyslam is my favorite band . The lyrics of this song " My life is not as easy as it seems, but my heart is so tough, so strong, and inside of me, its as tough as it seems," talks about a willingness to fight through it all - same as my life." 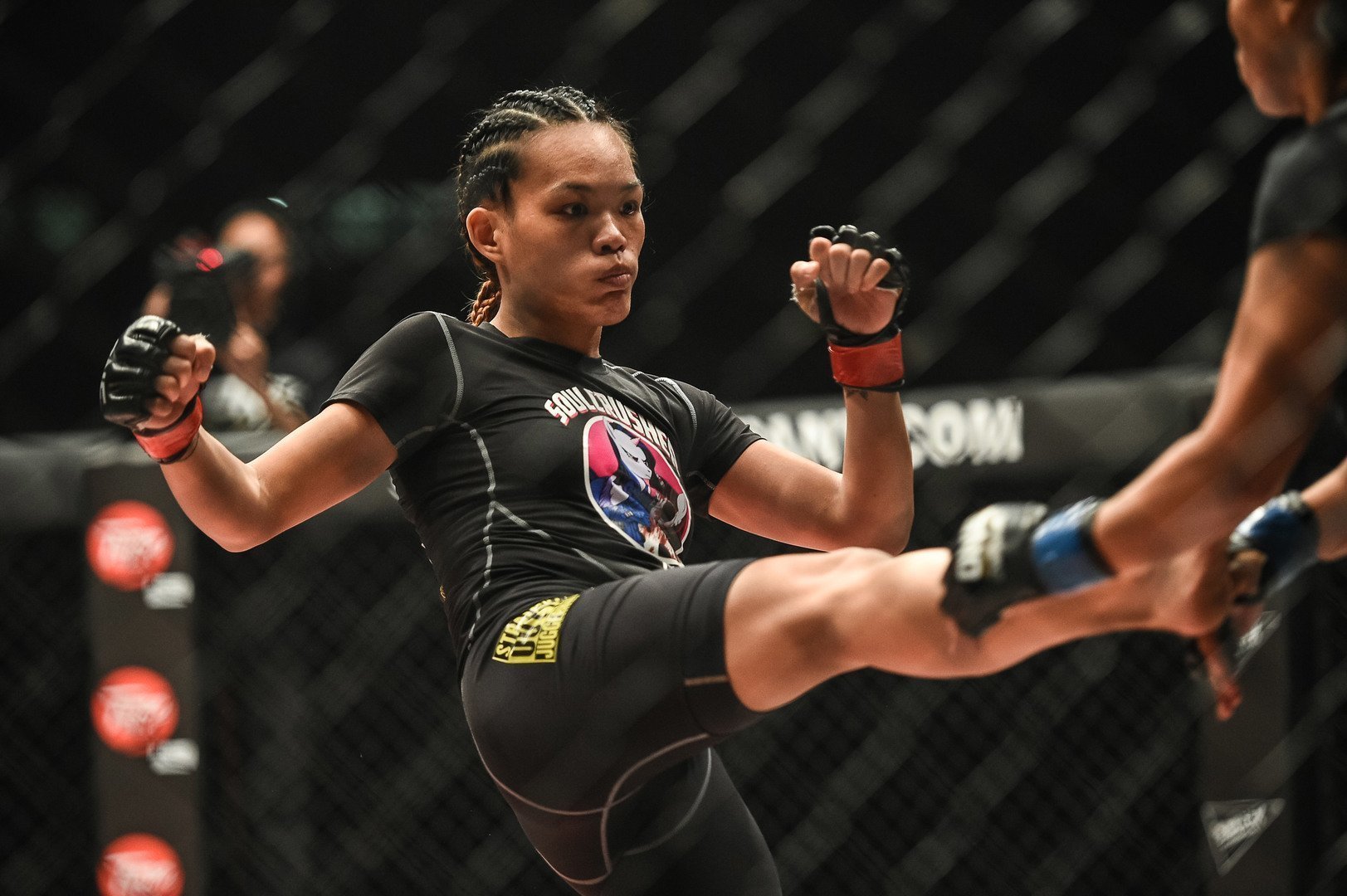 Another highly-touted Singapore-based fighter, Tiffany "Soul Crusher" Teo holds an unblemished professional record of 5-0, with a stunning finish rate that includes two submissions and two knockouts. In her last bout, Teo turned heads with a dominant decision victory over Priscilla Hertati Lumban Gaol. She gears up for her third ONE ONE Championship cage against Rebecca Heintzman.

I like songs with catchy rhythm. Helps me stay relaxed while walking out. Don't really have an ideal walkout song but a good example would be 'Cheerleader' by OMI and 'Pumped Up Kicks' by Foster The People, which will be my upcoming walkout song."