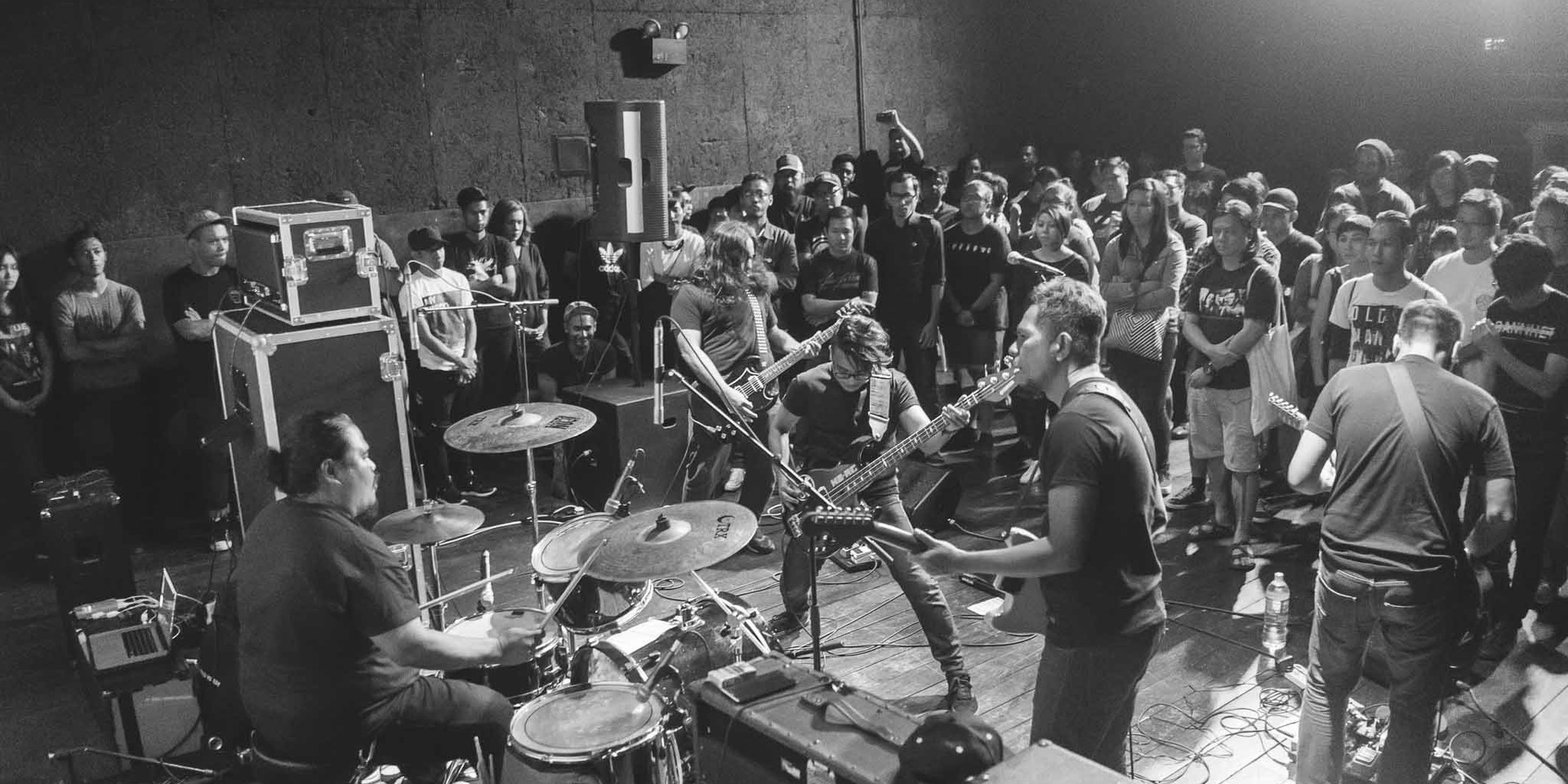 As expected, the ambitious new rollout of programmes by Singaporean arts venue The Substation was met with bewilderment and indignation. For live music regulars, the venue will not be opening its doors for rent by external organizers. An impassioned opinion piece was written by Shaiful Risan, head of DIY punk collective Prohibited Projects, imploring the powers that be to allow individuals like himself to continue using the venue.

While the sentiment was agreed upon by a lot of people, spawning a petition that quickly garnered signatures, there were certain people who found his viewpoint troubling, and indicative of the failures of previous venues. One such person is Natalie Pixiedub, centre manager of Aliwal Arts Centre and guitarist of punk rock band NO PANTZ, who found some of the statements made to be "not just paradoxical, but seemingly entitled."

As a big fan of Singapore music, sometime performer and centre manager of Aliwal Arts Centre, these events really bothered me. Multiple statements were made in both articles that were not just paradoxical, but seemingly entitled.

To clarify, I too strongly believe that Singapore severely needs more small-scale music venues. However, after spending several years working in a commercial club, and a non-profit arts centre, the problem here does not exist with gentrification, alleged eradication of “noisy people” or the government. It exists with the punters themselves.

As Shaiful rightly pointed out, factors like cost and location are a problem, and these problems are significant reasons all the indie venues he mentioned had closed down. To operate a venue costs money – rent, insurance, staff, electricity, maintenance, cleaners, just to name a few. As such, income needs to exceed expenditure in order to have a sustainable business.

Truly independent venues like Home Club, Lithe Paralogue, and Pink Noize, are completely self-run, with capital drawn from their own personal bank accounts, or from investors. Like Aliwal and The Sub, they depend on rental of their spaces for income. In the case of Home Club, they had the sale of alcohol as another source of revenue.

This means all these venues depend on visitors who spend money at their businesses to survive. This is based on the assumption that the independent business owners have the administrative chops to understand health and safety regulations, fire safety regulations, accounting, amongst other boring adult-oriented things.

Timbre @ The Garden is thriving because they have what all the defunct spaces don’t – visitors who spend money at their businesses. This then implies that as much as independent music promoters and “noisy” people want a cheap or free place to enjoy their music in a truly independent venue, it is currently impossible.

So how can we help independent venues survive? The answer is simple – by consistently visiting them, and spending money at their businesses. Once again, this is in good faith that the management of these venues can responsibly manage resources.

Besides The Substation, the other iconic bastion of independent music was definitely Home Club. It was the space for the social misfits in Singapore no matter your subcultural identity. Punks hung with indie kids who hung with dance music punters. For each gig they put on, they depended on drink sales and cover charges. But everyone wanted free entry and cheaper drinks. So guest list access was commonplace, and so was raiding the nearby 7-11 to get your kicks.

Both the article and the petition to me feel like a raid to 7-11. Sure, the ultimate intention is to support Singapore music, but best if someone else could pay for it.

If we want independent music venues that are sustainable, then we have to sustain it. Independence always comes at a cost. Every time you try to get guest list access, expect shows for free or buy beer outside of the venue the gig is at, you’re killing the venue’s ability to be sustainable. The same way a kitten dies every time you listen to Justin Bieber.

Now back to The Substation and having an affordable home for subcultures. True, The Substation was founded on having a space for anyone and everyone to express themselves. Contextually, that was at a time when Singapore had no other art venue. As Alan Oei rightly pointed out in his interview with Today, there are plenty of art venues available right now – SOTA, Drama Centre, National Library, Gillman Barracks, etc. So in this evolved context of Singapore art, where there is plenty of space for original works, should The Substation continue to stick to the same formula?

It’s true that The Substation is synonymous with local music, having been a space for bands to perform in The Garden and the Theatre. In its 26 years of existence, it has definitely given many bands an opportunity to perform, specifically when the Garden existed.

And if you compare the bands that existed back then and with the bands of the current generation, those who had the Garden did not have NAC grants to help them cut albums, etc. My point being that these groups made the best out of their situation. Many bands have also pooled their own resources to tour outside of Singapore, without relying on grants.

If you wanted something bad enough, you’d find a way to make it yourself, without relying on anyone. Expecting the government to build a venue using taxpayer’s money, then leaving it in the hands of the people, makes no sense. Where is the independence in that?

And honestly, these spaces already exist in non-profit venues like The Substation and Aliwal Arts Centre that offer heavily subsidized rates at the risk of our own bottom line. The resources to sustain a space must come from somewhere. If independent promoters, “noisy” people and music appreciators don’t want it to come from them, then where should it come from?

On my social media feed, I often come across memes shared by artists and musicians about being asked to do things for free, when practice and instruments cost money. Likewise, to run a venue for arts costs money. And if everyone is trying to foster the Singapore arts, then supporting each other – venue, artist and punter – is crucial.