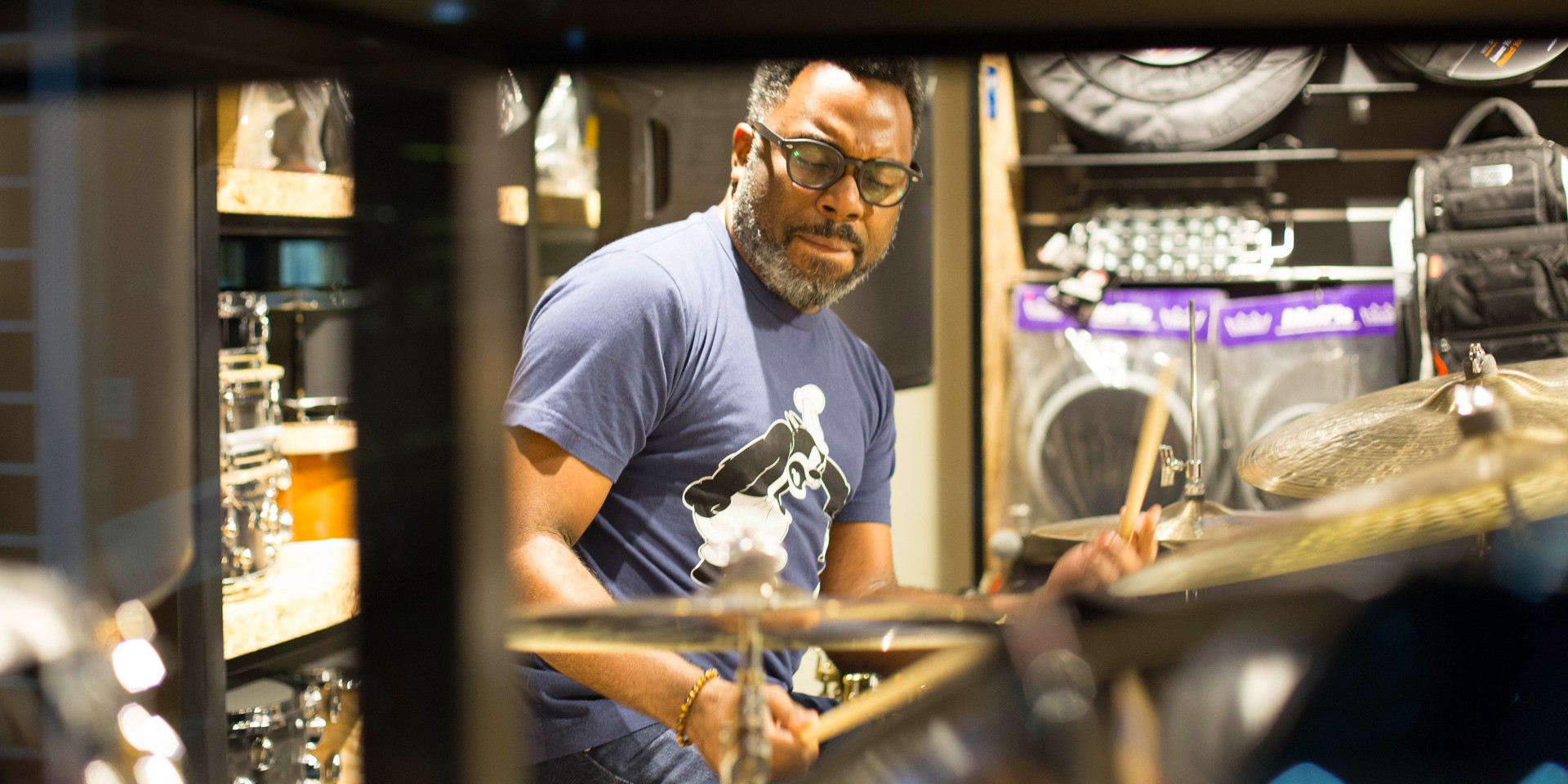 Nate Smith's work ethic has pushed him into the upper echelons of groove-oriented drummers in modern music history.

It's no surprise then, that his recent drum clinic in Singapore was sold out almost instantly, and his work with Michael Jackson is only the tip of the iceberg — when it comes to his sprawling body of recorded work, that is.

The drummer, who was hosted in Singapore and Malaysia for sold-out clinics by Swee Lee and Ludwig, sat down with us to speak about his influences, working on Michael Jackson's 'Heaven Can Wait', the future, his solo debut album Kinfolk: Postcards From Everywhere and more. Check out the full interview below.

You've been drumming for a long time now, how do you keep alive the interest and love for drumming?

I just listen to music, and I am inspired by what's going on in the new scene. I'm inspired by other great drummers, younger and older guys, and I'm always listening to new musicians, finding out what they're doing and really getting into it. There's a ton of inspiration out there, if you're listening."

How long did it take for you to finally feel comfortable behind a kit?

I felt pretty comfortable – I was pretty lucky because I had an older brother who played, so I was watching him closely, mimicking what he did.

It's still an ongoing thing. Sometimes, I still don't feel comfortable behind a kit, but to get a sound out of the drums doesn't take me long — maybe a couple of weeks to really start playing grooves."

Tell us about your influences growing up.

Growing up, I started off  playing stuff that I heard in my dad's record collection. My dad had jazz records from like, the late '70s - early '80s and so all the guys on those records, the CTI records, Bob James, Grover Washington, Crusaders, that kind of stuff. So those drummers, Steve Gadd, Omar Hakim, Harvey Mason — they're all my heroes.

But I was also into the rock and pop that was happening at the time, so there were The Police, Peter Gabriel and their drummers too, Steward Copeland, Manu Katche. Those were my earliest influences, then as a teenager, I discovered a band called Living Colour and I was way into it. So I started listening to their drummer, Will Calhoun, who is incredible." 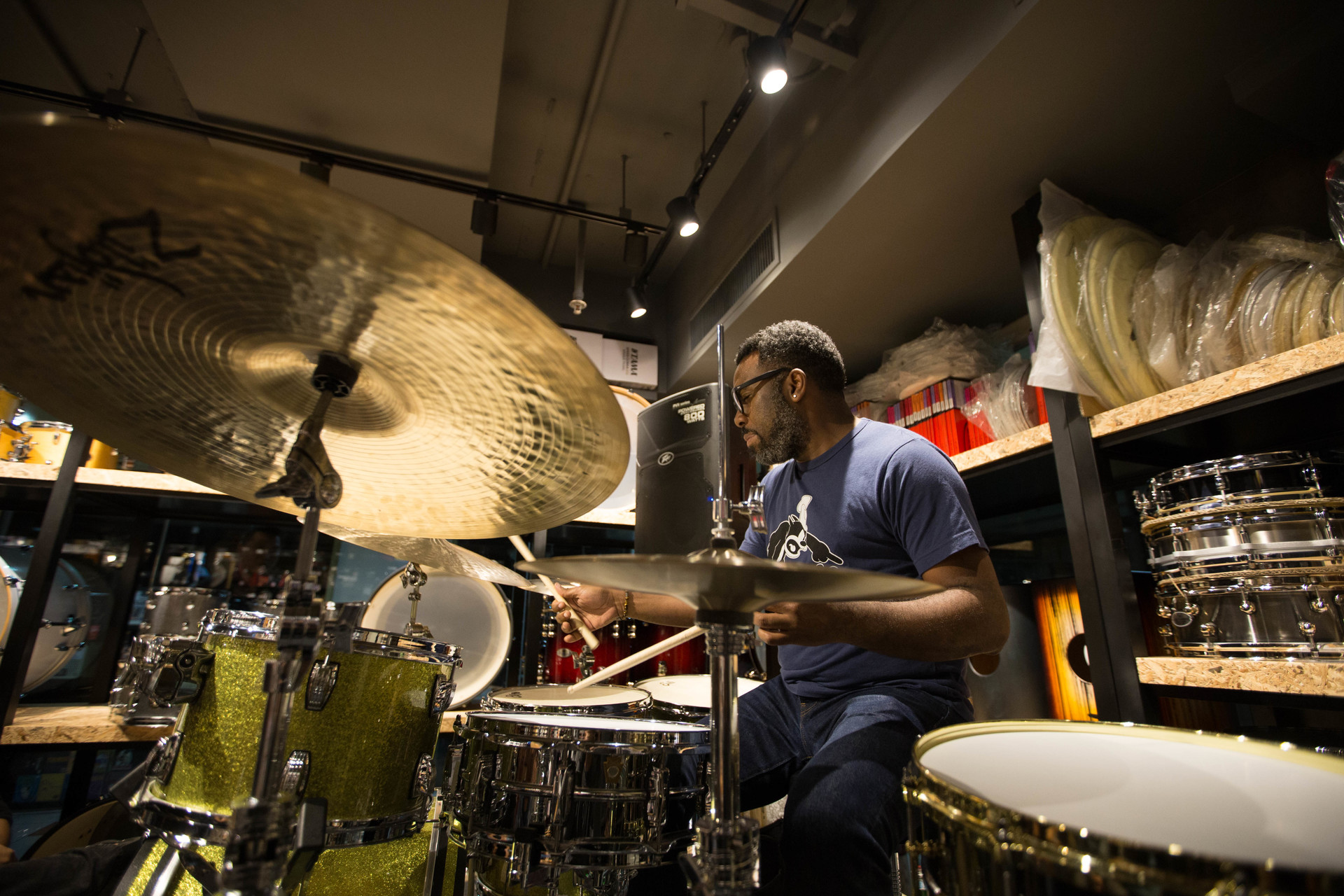 Working with Michael Jackson, did he give you the freedom to record your parts as you wanted it?

He certainly did, because I was never in the studio with him. (laughs)

Before the song was recorded, I did it on my own — I did it with a couple of other producers. It was my own composition that ended up on his record.

It happened over a very long period of time and it kind of found its way to Michael through a bunch of different people but primarily through the great producer, Teddy Riley. He was the one who played the song for Michael — he heard it and loved it immediately."

A lot of your tracks, while technical, still sound so musical. Is that a conscious effort or does it come naturally?

That's a good question. I don't know if it's a conscious effort but I am always listening to what I'm doing — I'm always kind of aware of what I'm playing.

What does your warm-up routine consist of?

I use a lot of rudiments, I use a lot of flam rudiments especially when I warm up. Basically I do different rudiments — I start them low, slow and loud and I speed up and get softer because speeding up and getting softer forces me to check in with my hands and make sure that I'm running in a way that playing really, really loud over and over.

I don't have to think too much, but I really want to change the dynamics and speed at the same time. That's when I really have to start using my brain as well."

What is the most meaningful track to you off Kinfolk?

Probably the last track, 'Home Free'. It was written and dedicated to my grandfather but also it is preceded by an interlude spoken by my father who passed away along the course of the record being finished. So it carries a lot of sentimental value to me."

You have been involved with many documentary soundtracks over the course of your career. How different is your thought process from that and when you have to track drums?

It is very different. I guess it depends on what I'm composing and what I'm tracking.

If I'm improvising, it's a lot like composing too. But composing is a much different practice in itself than just performing. Especially when I'm writing for a film score, it usually starts as a collaborative effort. When I'm talking to the producers of the film, I'm learning about the subject matter and I'm writing from that place." 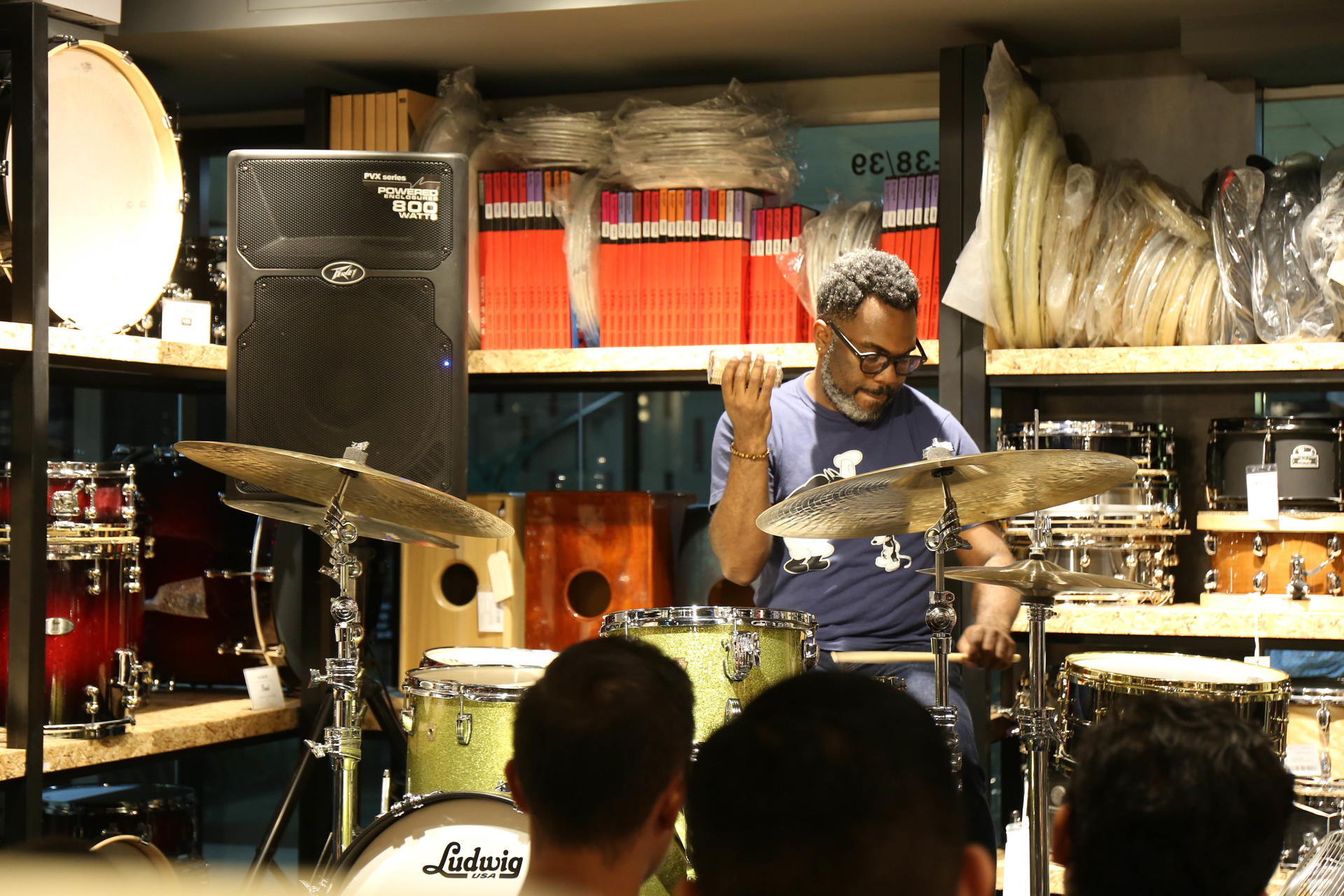 Let’s talk about Kinfolk — how different was the whole process of recording your own album, rather than working with Dave Holland and the rest of your previous works?

Much different. Primarily it's much more expensive — chuckles. Kinfolk was a long art. I started playing some of these tunes way back in 2007, one of the tunes on the album dates back to when I was playing with Chris Potter for Underground.

It was a long process of making everything come together. It's a much different endeavor than showing up and learning someone else's music and playing it. Even thought that's difficult too, it's much simpler in comparison."

What are you up to now — are you working on anything new?

I'm writing at the moment. I have recorded a couple of things that I want to release next year. So there's a break-beat record that I did, that was just solo drums and it revolves around these two to two and a half minute tracks of just grooves.

What advice would you give to beginner drummers?

Apart from the whole "never give up" thing, I would say listen more than you play. I think what really affects the way you play is what you're taking in.

They say "you are what you eat," and I think in music you kind of are what you listen to, so you have to really check out all the music that you can and really follow your own curiosity. Don't think that you have to do something because it's part of a curriculum or it's expected of you, just be sure that you're following your own instincts musically." 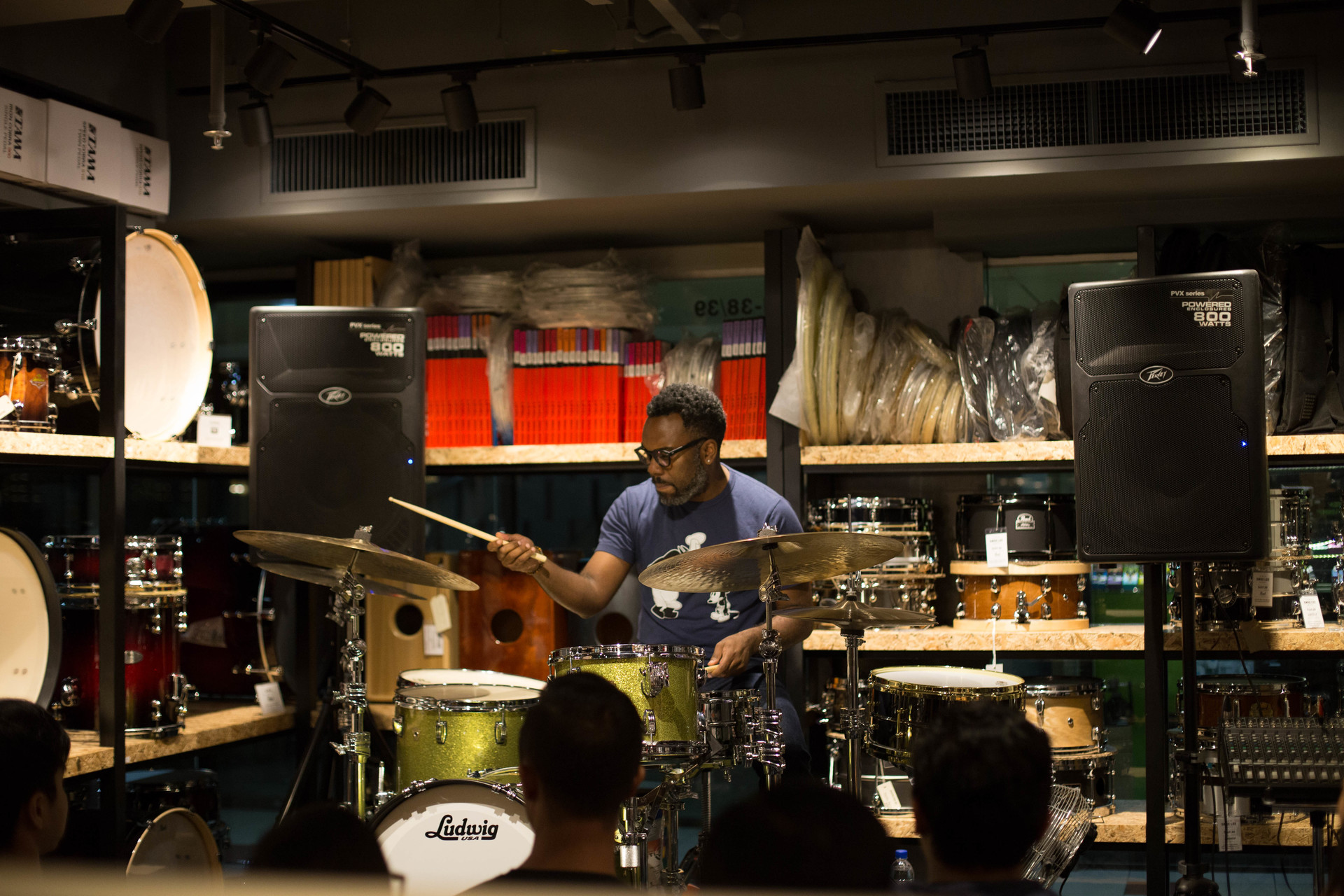 Special thanks to Swee Lee for setting up this interview.