I remember my mother calling me at 3am Melbourne time to tell me about The Lion King musical which she attended. She was gushing. This is the same lady who threw out my Lion King VHS, the same lady who fell asleep (and snored) when we attended Dick Lee’s Beauty World, who watches any local production anything with a sneer slash smirk on her face. And now I am struggling to keep awake listening to her talk about African music and animal costumes.

We Heart Theatrics with Song Sequences

Forget the U.S. of Cray’s love for musical theatre and cultural imperialism. Cut some slack, America gets blamed for everything. Singapore is as equally obsessed with musical theatre. Drawing on examples, the advent of tourism-pulling Marina Bay Sands has Wicked, the aforementioned Lion King, Annie, Avenue Q – big, big shows – showing in Singapore albeit a different cast from the Broadway/West End instalments and for children, we have welcomed Hi-5 (personnel changes and all), Disney on Ice, The Wiggles quite a few times over the years.

Even local productions are doing the musical. Early this year, Singapore theatre group, Pangdemonium staged Spring Awakening, original script and all, but with a local cast. This meant that you get Nathan Hartono as a Young Werther sort, singing about love and sex. Musical theatre has even infiltrated the pub scene – TAB now holds Musical Theatre Mondays where anyone can go up and sing showtunes.

We live in a city where Star World screens Glee and Smash marathons all weekend. Where celebrity-fronted song parodies become news for a while. Where TV broadcasts of charity shows and Hari Raya shows rejoice in channel-specific celebrities performing skits, sing songs and sometimes do stunts.

But forget all of that. The biggest musical extravaganza to happen in our country is our very own National Day Parade. 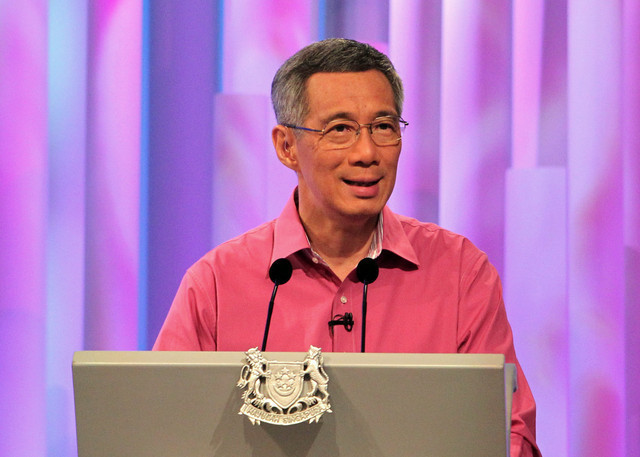 Staging Nationhood in the Public Arena

The annual National Day celebration is the country’s most massive and carefully orchestrated theatrical enterprise. To say ‘National Day’ is misleading as pedants may take this as a one-day party, that is all. Sure, the big day itself falls on 9 August, but the process of speeches, rallies, rehearsals, and flag hanging, these things extend for months prior to the day itself.

Ah the speeches, we love being serious and talking about very important things. The annual Prime Minister’s address which covers a lengthy range of issues, makes the U.S. president’s state of union speech look like the guest introductions on Saturday Night Live. And then we one-up them by delivering shorter speeches in Mandarin and Malay. Polyglot nation win!

In the lead up to National Day, efforts are made to hammer home the point that civic duties override personal desires through decorated buildings, a brand new singalong (or not) always sung by a popstar or popular band, and the big one: a large scale musical production with fireworks and uh, the works.

Traditionally the segments stay the same each year – marchpast, flypast, important people arrive and sit down, some shouting, some singing, a play with song sequences, and everyone’s favourite part, fireworks. But parades aren’t just about the fireworks. The National Day Parade has had its entertaining moments. In 2009, when Ivan Heng served as the creative director of the parade, we saw a simulated terrorist attack, super popular at-the-time Electrico singing the theme song, and this happened: a remix medley of Spice Girls’ ‘Wannabe’, Madonna’s ‘Vogue’, ‘I Will Survive’, even the Macarena and other non-characteristic parade songs. Ace.

When Ivan Heng was at helm as creative director and C+C Music Factory’s ‘Everybody Dance Now’ was blasted during the parade, playwright and wordsmith Alfian Sa’at was credited as a writer for the 2009 celebrations. If you still have no idea how funny he is, check out his interpretation of this year’s theme song, ‘Love At First Light’.

Music, as we know has long served as an emblem of national identity. In the weeks before National Day, new national songs are released and aired on television. This program is carried out by the Publicity Section of the Ministry of Information and the Arts, making these publicists responsible for presenting a positive image of Singapore and perhaps hoping to incite a frenzy of patriotic emotions.

Have they been successful?

Besides ‘Love At First Light’, another video entitled ‘A Nation’s March’ was released. Critical reception: mixed. The original song is meant to accompany the marching contingents as they strut out into the arena. To alleviate the seriousness and the formalities of it all, the video had the key members of the 2012 Parade Committee singing to the song. And as you know, we’re not all natural born singers; some of them faltered a little, maybe a lot. And for something that was put out in the spirit of fun, not a trace of fun or at least a slight smile could be detected from any of them. Chill, bruv.

It is not hard to notice the shift in musical styles of the national songs. The very first National Day theme song was ‘Stand Up For Singapore’ in 1984. But prior to that, there were community songs such as ‘Count On Me Singapore’, ‘Singapore Town’ and ‘Singapura Sunny Island’. Lyrically wise, these songs were very forward and the message was simple – loyalty to the state, unity through diversity of our different ethnic groups (always reminding us this), we are happy and love our country (videos always using happy, smiling people) and that we had national landmarks and national symbols such as the Merlion, City Hall, the container port, the Changi Airport tower and Benjamin Sheares Bridge. Early songs also adopted a formulaic, propaganda design to their songs which found themselves easily etched into our brains. In fact, the national songs program used to be handled by the Psychological Defense Division of the Ministry of Communication and Information, which goes to show that early nationalistic songs were serving an overt propaganda via reason of 'psychological defense'.

But nation-building was something that we had far surpassed, the propagandist national song model was in need of a reboot. It had to embrace a more modern Singapore. It had to be catchy, ease off a little on the propaganda tones and tap into something more sentient. In 1998, Kit Chan’s ‘Home’ was a winning combination of radio-friendly, respected artiste endorsement, no forced propaganda, and good old nostalgia. More than ten years after, ‘Home’ is still a favourite. 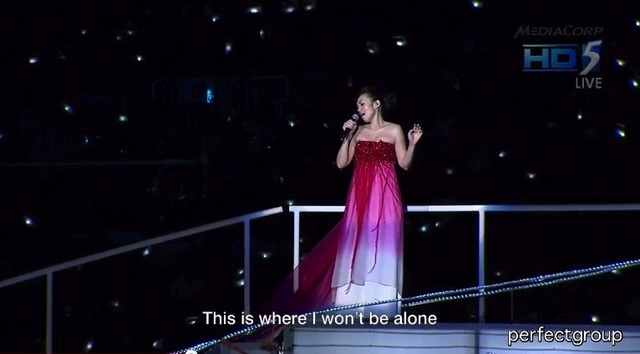 To try to emulate the success of ‘Home’, the following years saw musicians taking on the National Day song. Tanya Chua, a couple of Singapore Idol alumni, Fann Wong, Electrico, although none of them got close to the accomplishment that was ‘Home’.

Is the National Day song still significant or is it fodder for jokes and parodies? More importantly, is the National Day Parade still relevant or is it an extravagant annual reminder of allegiance to the city-state? The focus on nation building has now moved on to publicity of the country for own people. Now we have the ‘body’, but we still lack a heart.

Back to the world of musical theatre, I suppose it is time to Wizard of Oz this, onward go, Majulah Singapura!