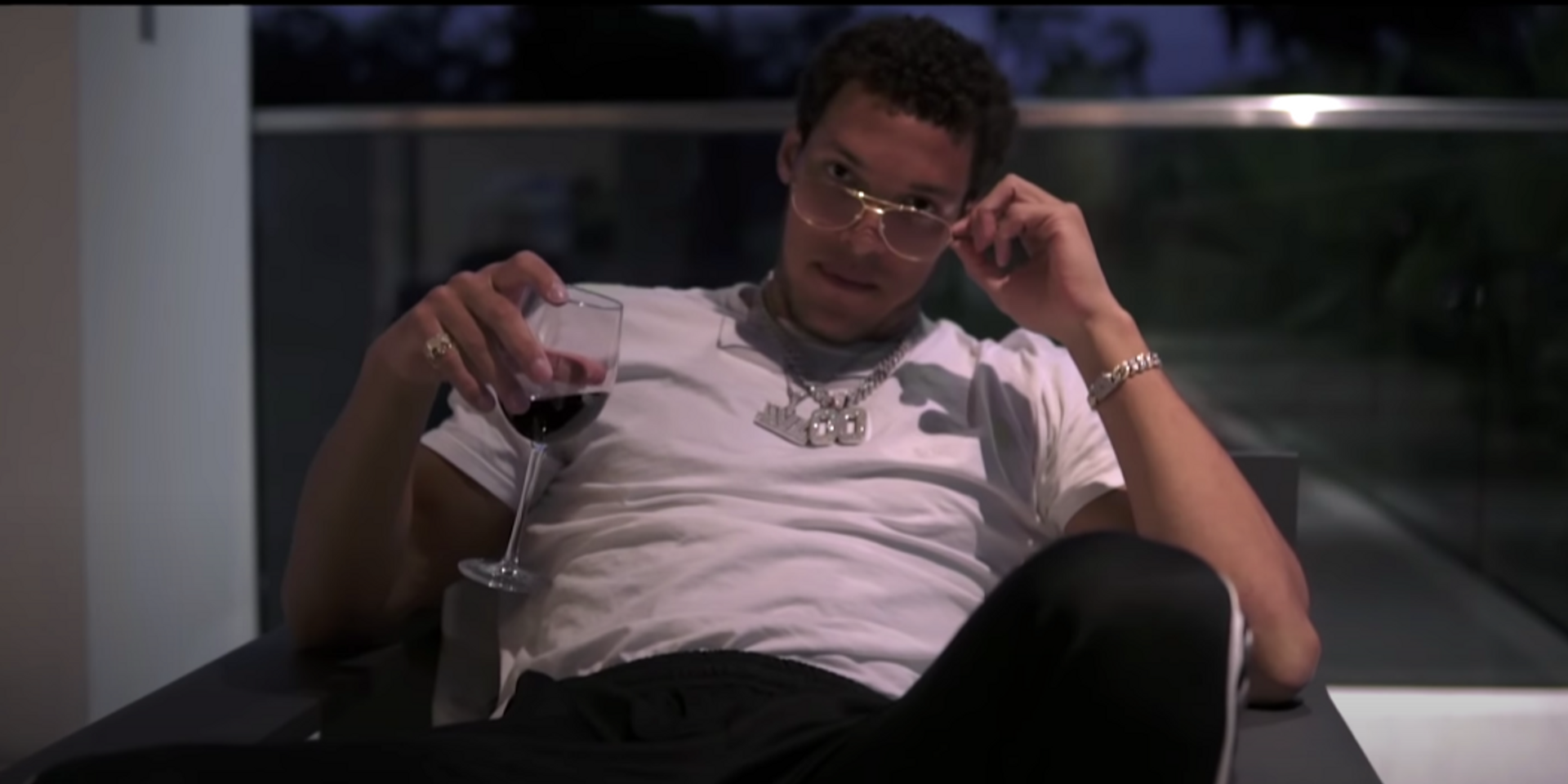 Orlando Magic star Aaron Gordon had no trophy to hold at this year's NBA Slam Dunk Contest, but he sure has his rap career in his own hands.

Following the indefinite postponing of the NBA season due to the Coronavirus situation, Gordon stood his ground with his new single and music video, '9 OUT OF 10'. This marks his second release since his debut single 'Pull Up', featuring Moe. In an interview with Sports Illustrated, Gordon revealed his plans to release a project in September and an upcoming collaboration with other artists-turned-rappers on a mixtape entitled Born Winner.

Check out the music video here:

While the NBA star lounges in a chair swirling a glass of red wine from Wade Cellars in his hand, '9 OUT OF 10' drew much controversy in the basketball world, being called out as an attempt to get back at Miami Heat All-Star Dwyane Wade, who also served as a judge in a Slam Dunk competition Gordon participated in. In the song lyrics, Gordon writes, "even Adam Silver told me I deserved Gold," which sparked the banter between the two basketball stars. Wade gave a score of 47 to Gordon, causing him to fall short of 1 point to the win. Ultimately, Gordon lost to Miami Heat forward Derrick Jones Jr., who took home the trophy.

He should trademark 9/10. Make some money off of it. That’s free advice that I won’t charge him for it. (You know since I costed him a Mill) That @DWadeCellars looked 🔥 🍷 https://t.co/Hzt9RnKSwy

Gordon then responded with a light-hearted Instagram post, explaining that the song was written out of fun and self-expression.

It ain’t that deep tho lol 😂😭 im just having fun expressing myself. Hope everyone is staying safe during these chaotic times. I SEE YOU YOUNG OG the wine was a 10/10. @dwadecellars Thanks legend... ALBUM ON THE WAY #wine

Gordon also shared with Sports Illustrated that his teammates were supportive of his music career and they loved the song, despite their initial low expectations.