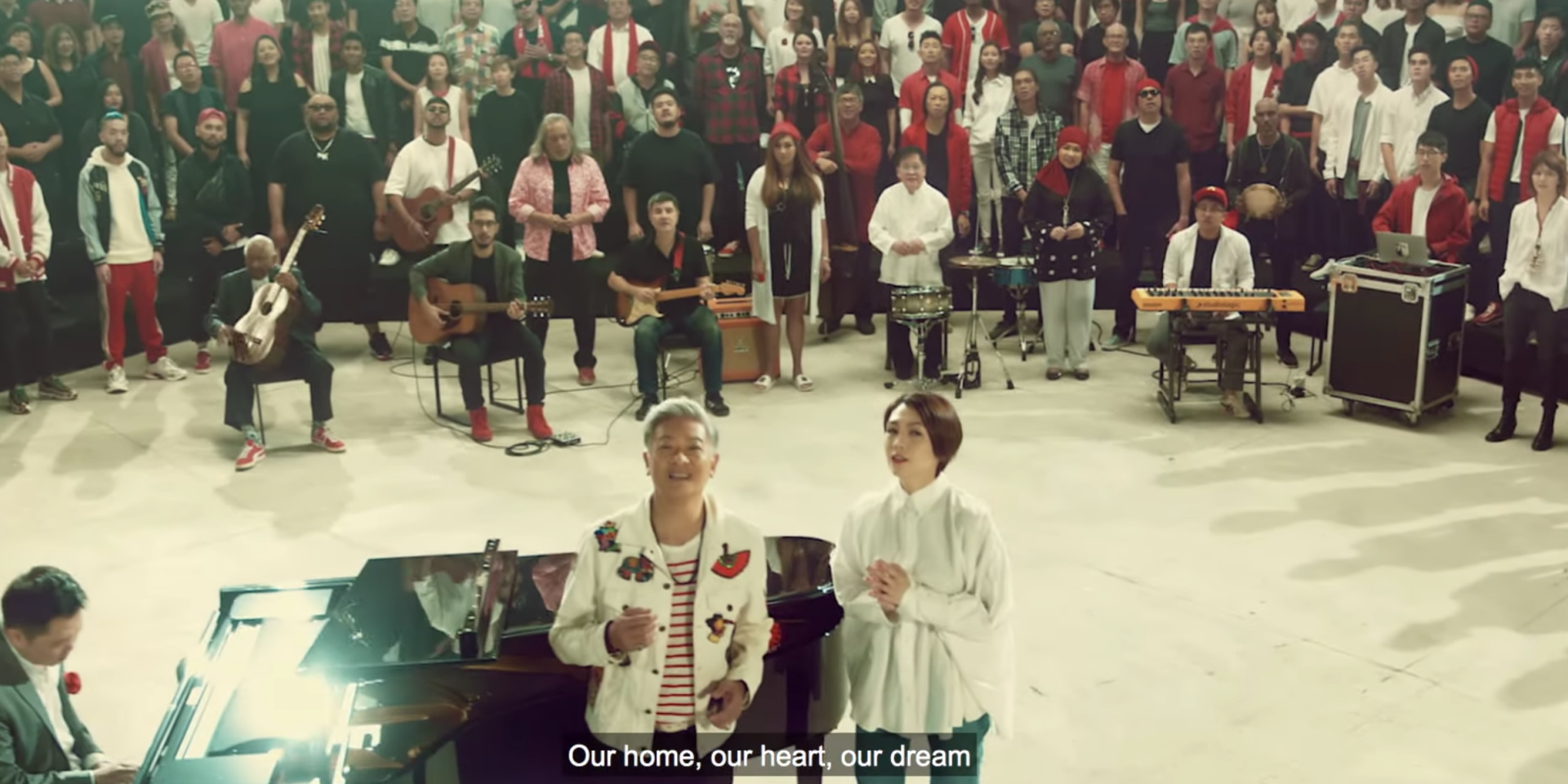 Gearing up to Singapore's 54th  birthday on 9 August, the National Day Parade (NDP) committee has unveiled the theme song of 2019, together with the music video, which features a cast of 300 Singaporeans of all ages, including the 27 artists featured in the song.

Titled 'Our Singapore', the song is composed by Dick Lee, who is also the creative director for NDP 2019, and adapts lyrics from 2012's 'We Will Get There' and the 2015 edition of 'Our Singapore'. The accompanying music video, directed by Royston Tan, embraces the bicentennial spirit: Beginning with sepia tones, then, proceeding to black and white and culminating in full colours. It also features Singaporean musicians spanning across many generations who have made an impact on local popular culture. From legends such as Rahimah Rahim, Tracy Huang and Ramli Sarip to icons such as Kit Lee, JJ Lin, THELIONCITYBOY, and Sheikh Haikel to current scene-stealers such as Yung Raja, Fariz Jabba, The Sam Willows and Charlie Lim.

The parade will be held at the historic Padang. The last time it was used was in 2015.

Those interested to go to the parade can start applying for tickets on Thursday, 23 May to Sunday, 2 June, at the NDP website or via SAM and AXS stations.