As the year has been scant on indie-friendly festivals, the last being the excellent The Gathering, it seems like a new player has entered the game and they're coming in STRONG.

Neon Lights, a brand new festival billed as "two days & six stages of music, art & fun", has announced the dates for the first ever edition at both Fort Canning Green & Gate. Promising more acts to be revealed soon, the promoters behind the fest have, frankly, already done a brilliant job with the acts so far.

For starters, there are the heavyweights like singer-songwriter Damien Rice, recently-reunited shoegaze legends Ride, revered folk project Sun Kil Moon and indie rock band Mercury Rev. While that promises a night of sombre and contemplative rock, they're evening things out with a strong representation of dance music — Chic will be the eminent disco flag-bearers while Kiasmos and The Field will be injecting a heavy dose of hypnotic techno over the two nights. There's also no shortage of Singaporean talent as Hanging Up the Moon will be taking the stage as well.

Many of these acts are actually part of Hong Kong festival Clockenflap's esteemed line-up, so for those of you unable to fly out, this is your best chance to catch some of the strongest acts in the year-end touring circuit, all in two days.

Check out the full line-up here and look out for more details as they come: 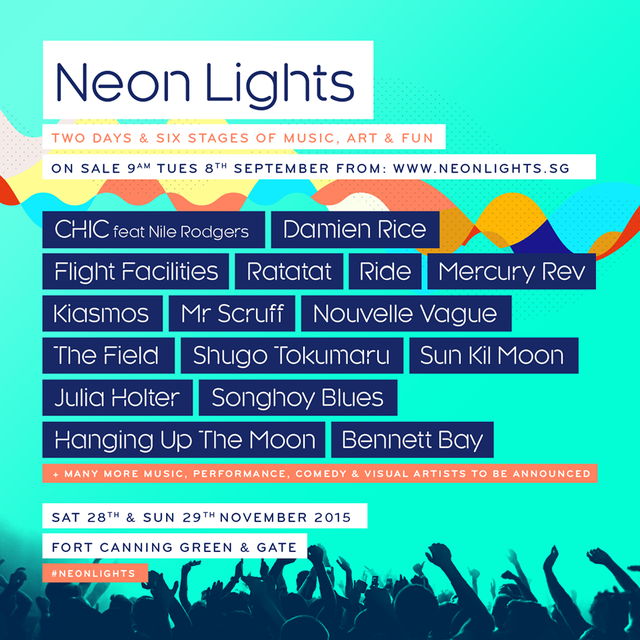