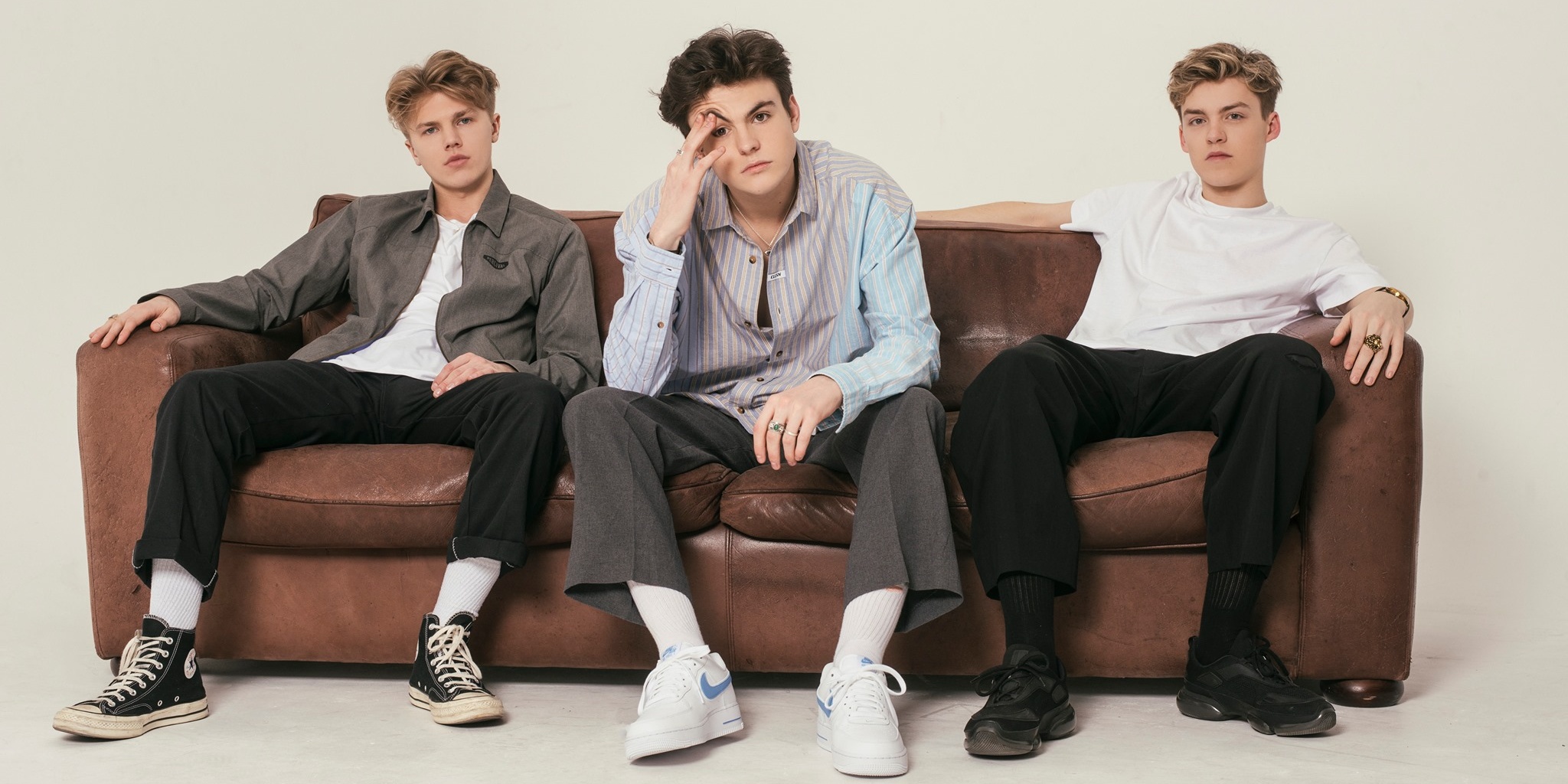 New Hope Club is set to perform in Singapore as part of its Love Again World Tour. Presented by Live Nation Singapore in arrangement with Creative Artists Agency (CAA), the group will be playing at The Pavilion at Far East Square on Tuesday, 29 October, 8pm.

Formed in 2015, the British pop trio consisting of Reece Bibby, Blake Richardson, and George Smith gained traction after releasing a cover of 'Wake Up' by The Vamps. Shortly after, New Hope Club was signed to The Vamp's record label, Steady Records, a subsidiary of Virgin EMI Records. Since then, the group has put out two EPs, Welcome To The Club in 2017 and Welcome To The Club Pt. 2 last year. Recently, New Hope Club released its singles 'Permission', 'Love Again' and 'Somebody That You Loved', with Bruno Martini. 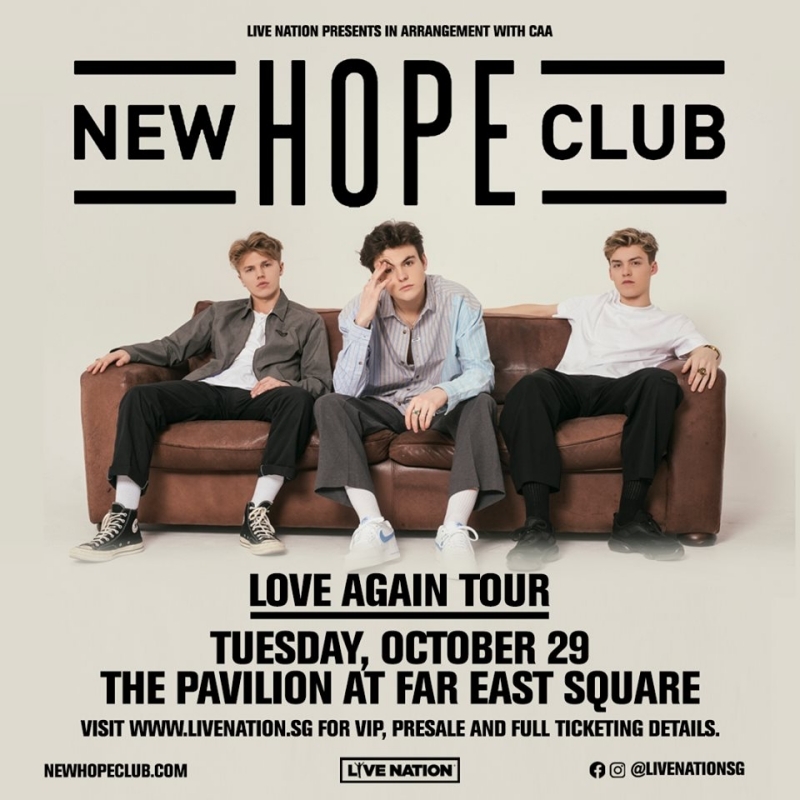