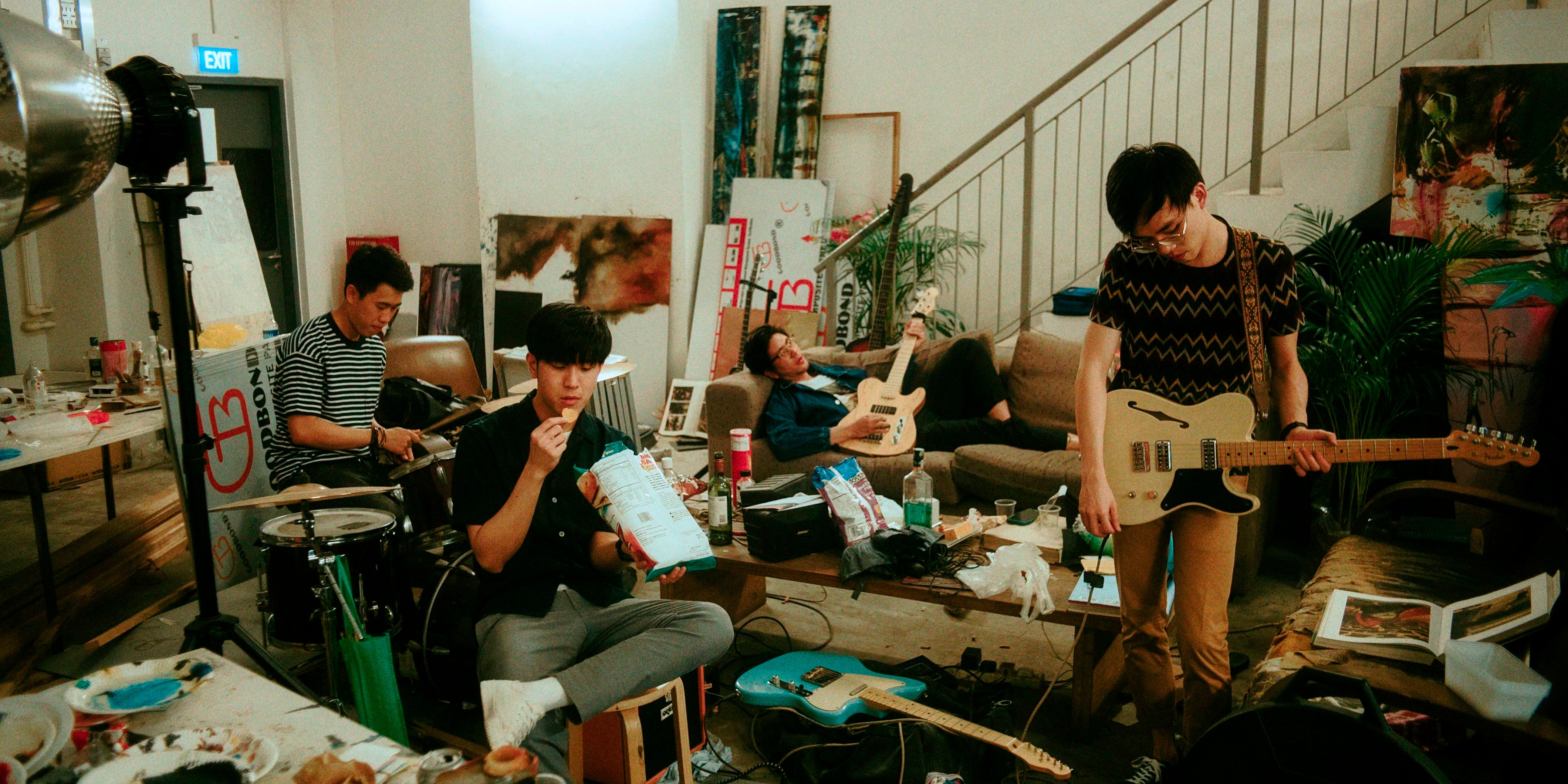 After first making waves by winning the coveted Noise Singapore 2014 Music Mentorship Programme, we've keenly followed Take Two as they grew into one of finest and most popular bands in the Singapore indie rock scene.

On the back of their critically-acclaimed debut EP entitled Pairs, the five-piece have really hit their stride, going from strength to strength as they opened for acts like Walk the Moon, Travis and Death Cab for Cutie, on top of their touring stints in Southeast Asia.

But yesterday, the band dropped a huge twist on social media by unveiling a change in name – M1LDL1FE.

A brief statement followed the announcement: "Things change, people change, and sometimes so do bands. We've grown quite a fair bit over the years, but we hope you'll continue to stick around. We are M1LDL1FE."

Although the band have been hyping that they had something big brewing, fans and followers were taken aback by this rebranding. (Do also note Stopgap's hilarious comment.) 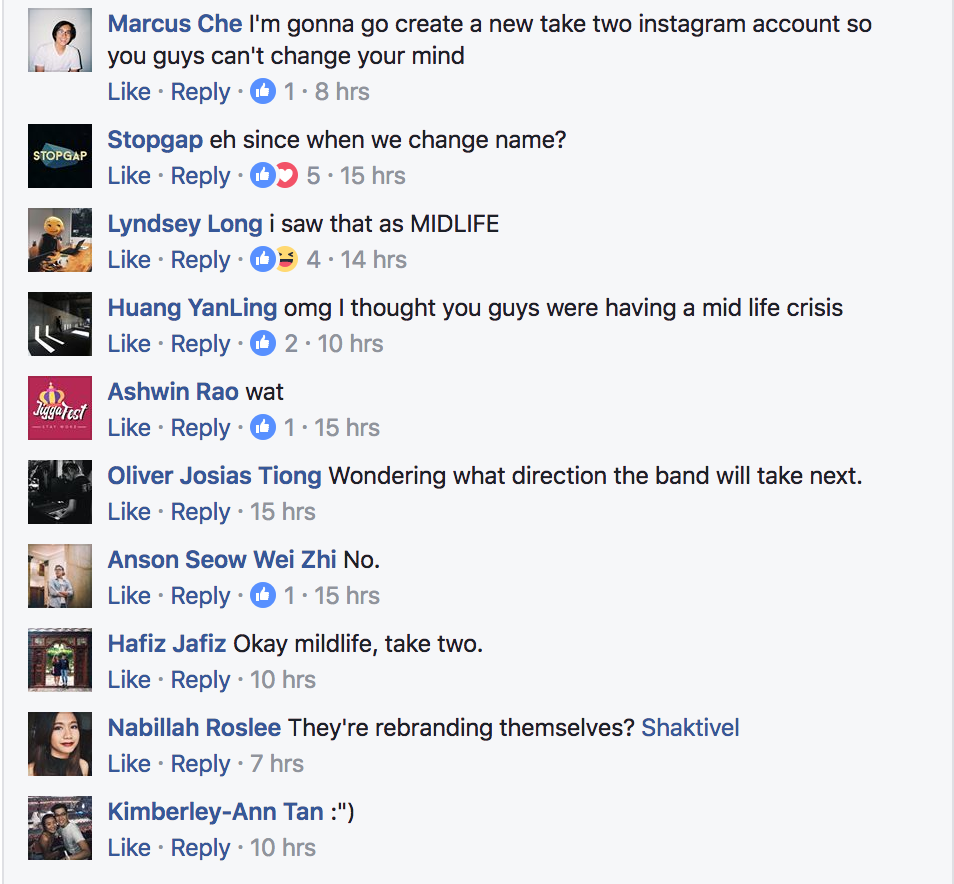 We're not exactly sure why. Perhaps it's to avoid confusion with an Australian urban pop duo also known as Take Two? Or maybe it just banner for new beginnings.

Whatever the case may be, M1LDL1FE will be releasing a brand new EP this coming July, “armed with a fresh and grittier sonic palette”.

Looks like M1LDL1FE will be bringing us tons of surprises in this year – new name, new sound, new material - and we're eager to see where the band's second take will lead. Follow their Facebook for more updates!

Watch their announcement video below.