Ice Cream Sundays is what it says on the tin. It’s a welcome mat to an experience its architects been endeavouring at since its inception three years ago. Ice cream testifies to the pleasure-centre-gratifying agents that await you, dear party-goer; the sum total of the treats that includes the tangibles – ice cream – and the atmospheric – music and vibe. Sundays are the canvas against which all that unfolds, the sun-blessed salve on the weekend before the sledgehammer pound of Monday.

Co-founded by longtime friends Daniel O’Connor and Jake Camacho – who also DJs under the exquisitely on-brand moniker of Toppings – the crew, rounded off by core members Meltem Acik and resident DJ Muto Masashi is premised on being an antidote to exclusion. With the addition of DJ Nick Bong to its fold, the popup party has also come to be known for its hyperlush, crayola-bright sounds that collapse the canons into a festive, all-embracing emanation.

Last week, the crew wrapped up the sophomore edition of its Haw Par Thrilla party, in which Haw Par Villa was the site of its third anniversary shindig.

In the interview below, Daniel and Nick reflect on the movement they’re a part of and the way forward for it.

Daniel: Jake and I were the original co-founders. We went to high school together in Singapore, at United World College, and moved away for university after. Once we got back here, we realised that we were not too thrilled with the options for going out. As people who were just starting out in their careers, we didn't have much income. At the time, going out meant heading somewhere with music and an atmosphere we didn't really enjoy and spending $15 on a drink. That really didn't appeal to us. The best thing to do was to start our own thing that would be for people like us, who just wanted an easygoing environment to enjoy good music and affordable drinks.

So we started a series of house parties and any leftover money and we had, we'd donate to charities that were important to us. As it grew, we started doing more public events beyond just our own friends.

Nick: I met Daniel and Mel at HQ and I happened to have a gig the next day at Urban Ventures, which he came for. He liked the music and invited me to play at their next event. I played it and had a really good time. It spoke to me on a lot of levels: Music, vibe, crowd and message. When they asked me to get involved in a more permanent basis, I agreed immediately.

The charity element is certainly necessary and refreshing.

Daniel: Thank you. We did that for a while. The do-good element stemmed from our main aim of bringing people together and it was a nice way to rally people around what we were trying to do. Right now, we're working on a bigger fundraising concept that we've had in the pipeline for a while and which we're hoping to launch next year. It also became clear that if we wanted to get bigger, we'd have to invest more in the equipment and the experience of the party itself, including bookings and venues. Which is why, to this day, none of us pays ourselves. Anything we earn goes back into investing for the next event. 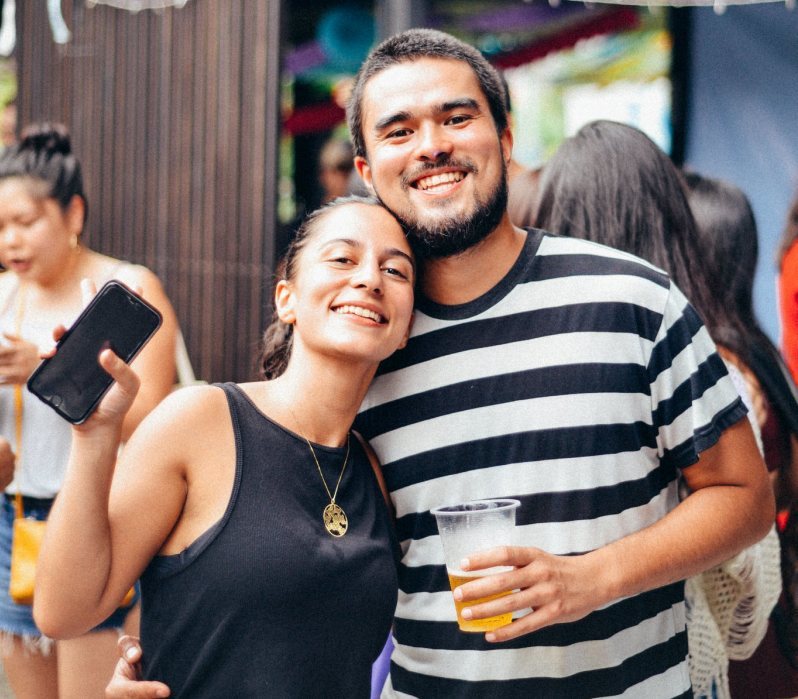 And why daytime parties?

Daniel: Before I moved back from Melbourne to Singapore, I was working in hospitality. There were a lot of late nights at the bar, which meant that Fridays and Saturdays were my busiest nights and Sundays were my only day off. There was a huge culture around Sunday sessions and there were a lot of amazing outdoor spaces around the city where people would come by, have a drink, enjoy a nice afternoon in the sun, listen to good music and meet new people. It was really easygoing, no-frills sort of filter. Once I came back here, I spoke to Jake about starting something like that.

There wasn't enough daytime stuff going on. Considering the weather and the climate, the only options were to either go to an expensive beach club or Sunday at the Shed, which had already stopped. We saw a gap in the daytime offering and went for it.

Nick, how important is music to the Ice Cream Sundays experience?

Nick: I don't think there's a music philosophy set in stone but there is a general vibe, a jolliness that stems from the kinds of music that we play, which is increasingly getting more diverse. You'd hear techno, house, disco and soul – but there is an identity that is growing with our music. We don't look at ourselves as a music collective – we're more about getting people together. We're not a DJ collective per se. 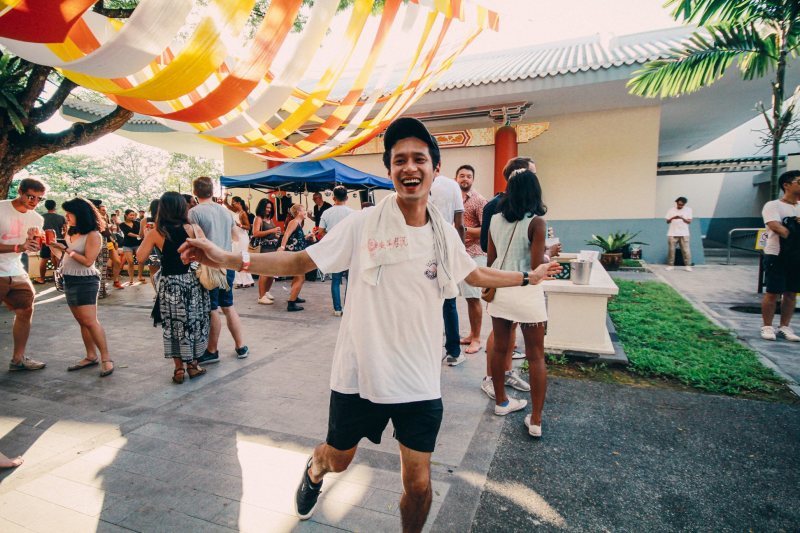 Is there a certain liberation in that?

Nick: Yes. I would say so. As a music guy, I get a sense of freedom from knowing that I don't have to play a certain sound at an Ice Cream Sundays party, although we do abide by a mood. But I don't feel like, "Oh, man! I can't play this". It's a vibe.

Daniel: Half of the people involved with Ice Cream Sundays are not music people at all. That allows us to take a step back and think about the other elements that would complete the experience we want people to have. We build our brand on a more holistic level. We don't do anything that feels like a gimmick; nothing is there for the sake of it. Also, we don't want to leave out people who're not music heads: If you just want to enjoy the atmosphere without dancing, that's totally fine. Beyond the dance floor, there's just a certain energy you can pick up on that tells you whether people are having a good time. Like, if you see people just hanging out at the bar or having a good time in their own pockets of space.

Nick: Smiles are a sure-fire indicator for me.

And in the time since you've started, has it become easier to do what you do?

Daniel: I would say yes and no. Yes, in the sense that we have a track record that kind of proves that we're not doing anything that's a nuisance. We've created a respectful culture within the parties that means that we haven't had any major incidents since we started. What I'll say has become even more difficult is getting a license to make noise anytime after 10.30pm. Two years ago, we could get licenses to go on till midnight. Now, that's getting harder and harder. We're not a late-night party but it does get frustrating that we can't push the timings a little bit.

Nick: The thing about popups is that you're really at mercy of the authorities. It's never a guarantee that you'll get the license you'll need. But what keeps us optimistic are the people that come for the parties. It's just a positive experience for the punters and the organisers.

Daniel: Definitely. Despite the fact that we've grown so much, the nature of the people that come hasn't changed. The house-party feel that we started out with is very much there. Besides that, what keeps me optimistic is the fact that we built this around local DJs and not being tied to a certain venue. Wherever we've gone, people have followed. That's a good sign that you have this thing that's built around the atmosphere that you create. There's longevity there. 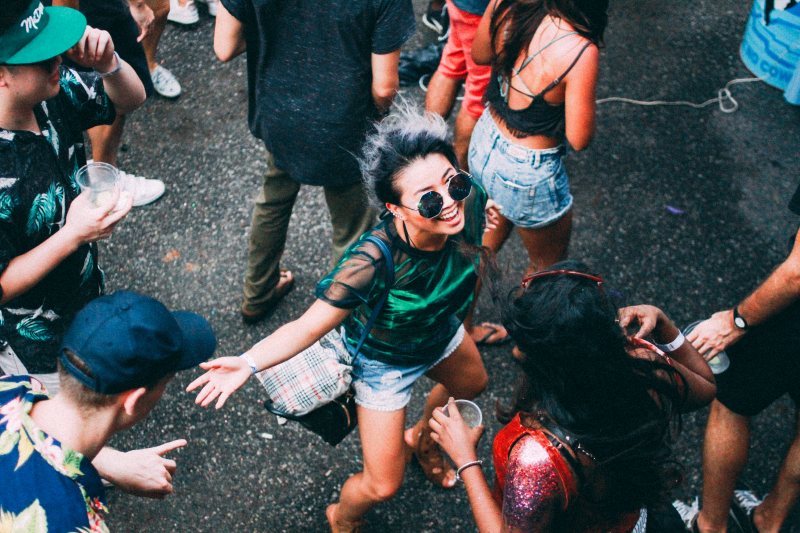 Lastly, "community" has become this inescapable buzzword that's tossed around freely everywhere in pop culture. But what does it mean to you?

Nick: There are a lot of segments in our scene but the community is intermingled and interconnected. You'll see that at different events: Like, you'd see us at the BREW events; you'd see the Revision Music guys at other events and supporting each other. The Council people; the Mugic guys – that's community to me.

Daniel: It's definitely a word that's overused. Everyone likes to feel that that they have a community if they bring people into their space. But sets apart a true community vs just a lot of people, is how far they're willing to go to support what you do. After our last Haw Par Thrilla edition, people stayed behind to help us clean and pack up. That's an example of something beyond a following.