[UPDATE, 20 October: This post was amended to reflect the appropriate operating hours for Fleek]

Singapore’s nightlife scene has been growing from strength to strength. From the discos of yesteryear, to the nascent young clubs of the 2000s (think Butter Factory and St. James Power Station), to today’s holy trinity – Zouk, Attica, and F Club – Singaporean nightlife has become a fast-growing industry with many new players joining the fray.

Last year alone, new clubs popped up in Singapore like wildfire, with hip-hop banger clubs like Cherry shooting to fame. Clubs have also become the venue of choice for international stars – hot Chinese rap group Higher Brothers played Cherry for their first show in Singapore, while the programming of international artists at Kilo Lounge has become something to be reckoned with.

It can be difficult to keep up, so here's a list of new clubs that've opened in the past year we think are worth checking out, thanks to the genres of music they play, their gimmicks and their programming. A quick note: it’s a given that these places are great for having a good time with some booze and good music. Instead, we'll be focusing on how these new boys in the business differentiate themselves in this crowded market. 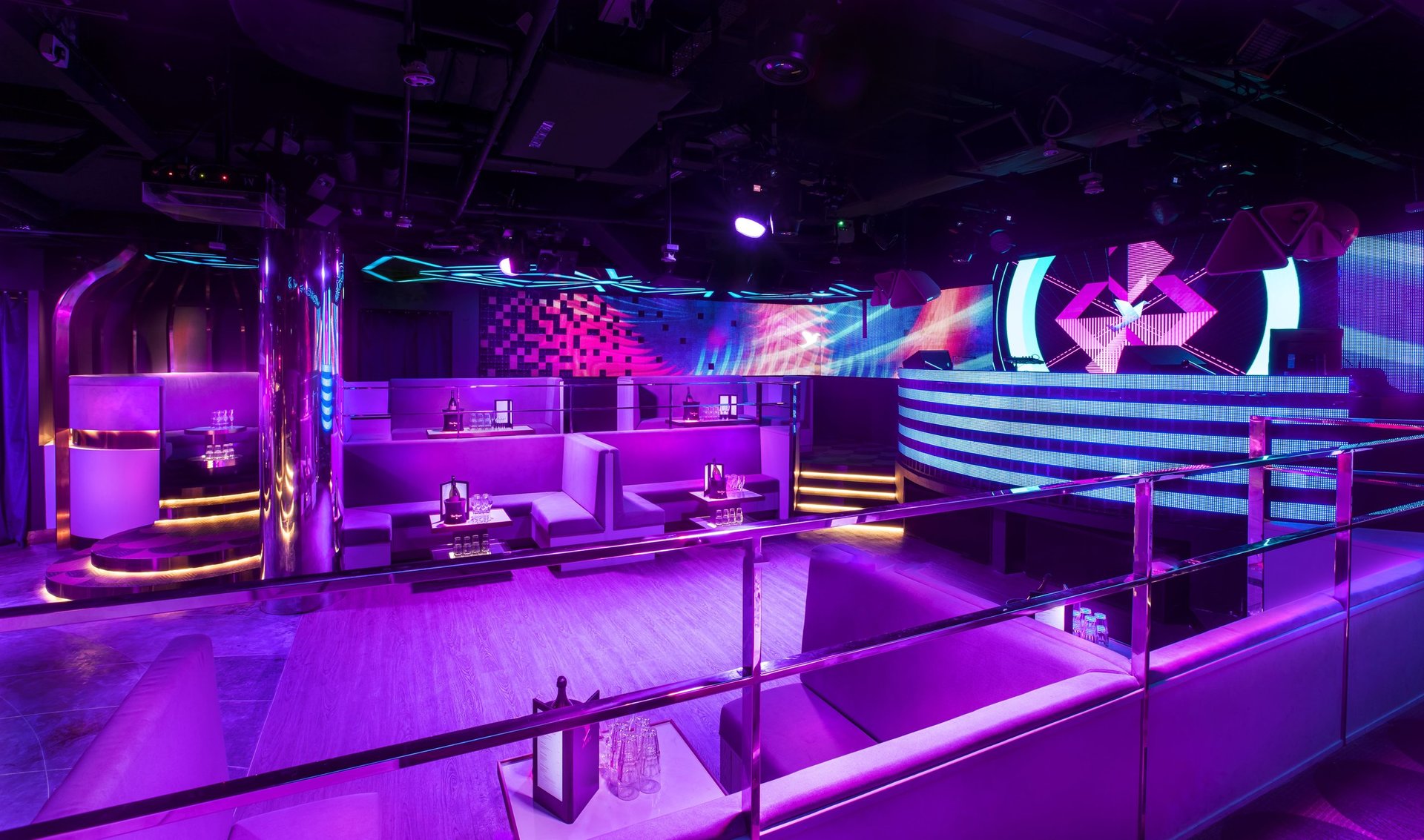 A club that prides itself on its diverse music programming, Avry focuses on its sleek interior design to provide quite the multi-sensory experience upon entry. The surprisingly integrated dancefloor and table area also leaves many clubbers raving on top of tables.

As if these didn’t make the club a Class A destination already, the club also has a photobooth that’s operational every opening night. This is not just any photobooth – you can use them to take gifs, too. Yes, gifs. 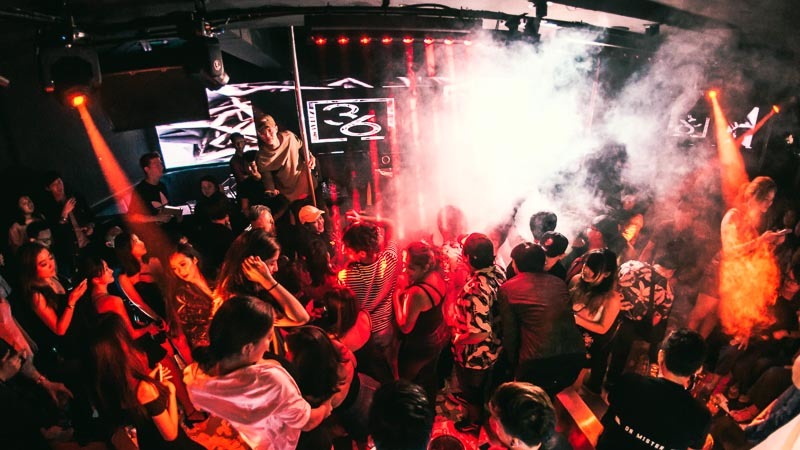 K-pop has always been a well-loved genre. From boy bands to girl groups, the genre took the world by storm in the past decade and hasn’t really stopped. However, aside from chance features from versatile DJs in more popular clubs who kept their ears open for the hottest tracks, K-pop has never really featured in local club music.

Enter 36: the first club in Singapore with music programming centred on K-pop. Featuring compelling neon interior décor, the club has a talented resident in DJ QUEENZELL and frequently welcomes Korean acts to its stage. If you’re a K-pop fanatic or even just curious but always down for a good time, this is the place to be. 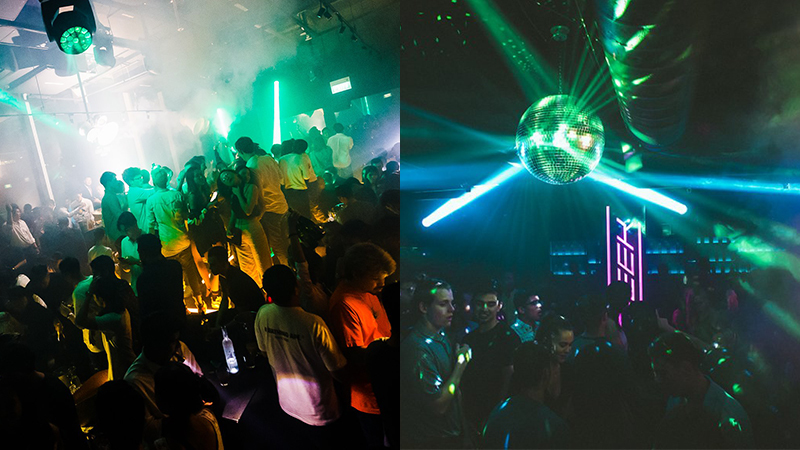 The defining experience of clubbing for some may be how sloshed your friends get, but for many it’s about the music. For the hip-hop snobs who can’t stand a single second of long build ups and disappointing drops, Commas (left) is the perfect club for old school hip-hop jams paired with some R&B to get your groove on. Having opened a year prior to Commas is none other than Fleek (right). Located at Clarke Quay, the club always plays host to crowds upon crowds of people ready to continue the party late into the night.

Both are in the minority of Singaporean clubs that play hip-hop from start to end without for a second lapsing into any other genres. The closure of Cherry created a shortage in the availability of well mixed hip-hop music – and Commas and Fleek may be the solution to that. 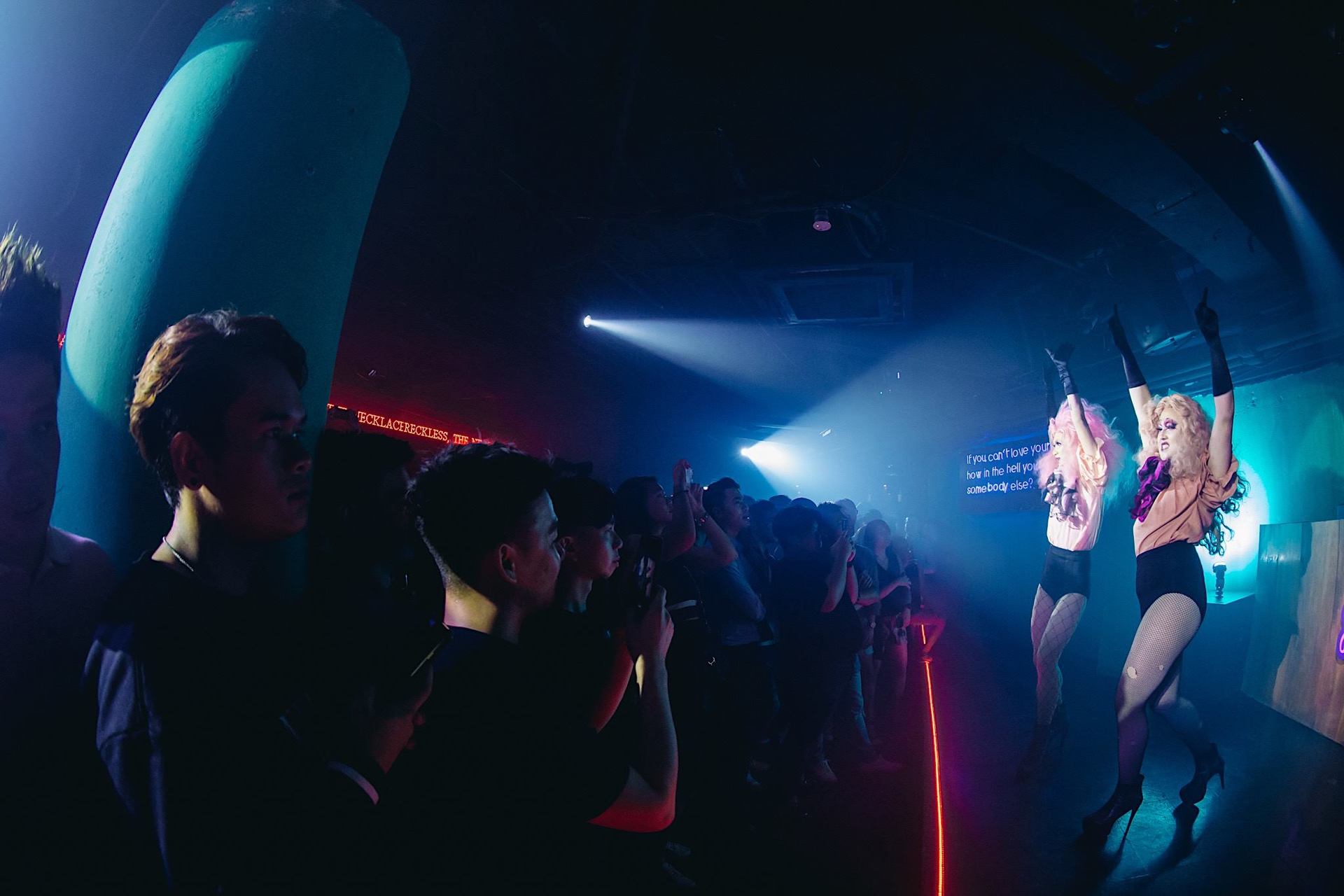 The meteoric rise of Cherry was unfortunately stunted by its surprise closure late last year. The Mount Elizabeth venue however did not collect dust, as it was fast filled by Peaches – which has since moved to a new location in Orchard. Peaches is in a league of its own, being one of the few mainstream LGBTQ-friendly clubs in Singapore. Its programming is guided by a neon-blue quote on the wall of the club from drag queen icon Rupaul: ‘if you can’t love yourself, how in the hell you gonna love somebody else?’ It is one of the few clubs in Singapore to play host to drag shows – and they attract quite the following.