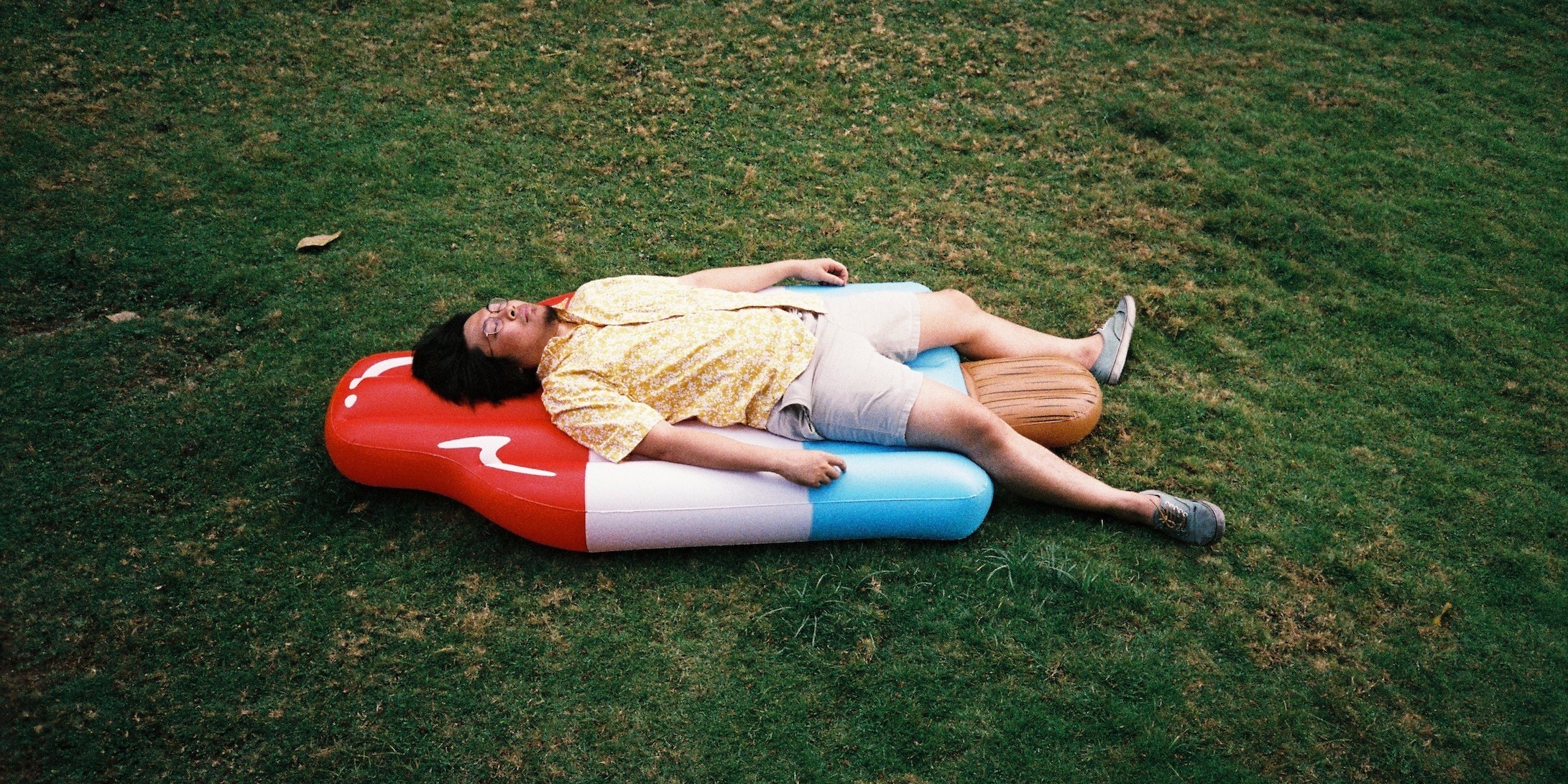 De Belen aptly repurposes unprocessed Handycam footage of a 1987 family outing in a Batangas beach as the backdrop for the single, which he's described as both the happiest and saddest song he's ever written. He's released singles and demos on social media ahead of the album's release but "Little Ocean" is the first single officially tied to the album.

The concept for summer/salt came about after a self-inflicted (dumb) injury wherein I attempted a somersault and fell on my knee, breaking my kneecap into 10 pieces. While re-learning how to walk—a skill no one really thinks they can forget until they actually forget—it dawned on me just how fragile emotions and memories really are, despite us thinking they will stay with us forever.

I find it apt that I've come across footage of myself from almost 30 years ago, learning how to walk for the first time. Hopefully I can learn how to properly dance to my own music again; arguably I never really knew how until I was forced to remember.

summer/salt is expected to come out in the last quarter of 2017.