Infectious. That is the best way to describe the Nile Rodgers & CHIC concert held at the Kallang Theatre. The ensemble’s stage presence and energy was so empowering that the entire audience was left standing, and wanting more, by the end of the 2-hour spectacle.

In fact, everybody was already on their feet as soon as the concert began.

Walking out onto the stage, and even into the mosh pit before the concert started proper, Nile Rodgers candidly took pictures of and with his audience, perhaps to mark an important milestone in his life. This is the first time the band has performed live in Singapore. 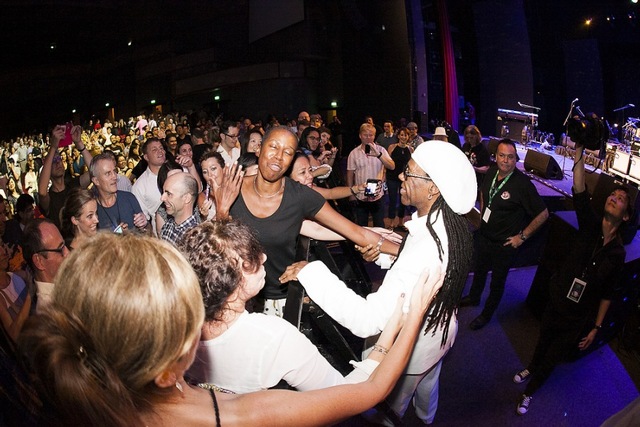 The stage was a simple set up, and there was no need for any stellar visual effects or pyrotechnics, unlike other mega concerts of the sort - for Nile Rodgers and Co., the flashy aesthetics were not needed.

All you can expect instead, was a 9-piece band, strikingly decked in blinding white attire, and armed with pure vocal, and musical artistry. The band smartly started off the first part of the concert with “Everybody Dance” and “Dance Dance Dance,” two of their most powerful dance hits.

This is surely a well-calculated move, because it made the crowd go wild. Heads started to bob, bodies started swaying, and hands were thrown into the air. No one was left sitting, and the concert was unreservedly transformed into a mega dance party with strobe lights flashing around. 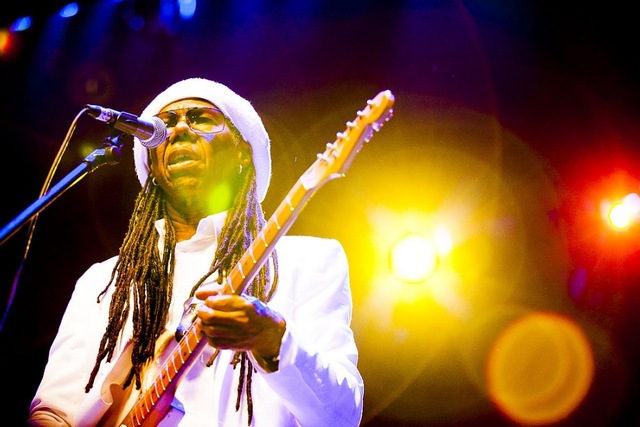 The next number, “I Want Your Love”, featured CHIC’s vocalist, Kimberly Davis, in a jaw dropping improvised solo towards the end of the piece. She flawlessly and effortlessly sang her way through the octaves, demonstrating an immaculate control over her vocals.

She was able to sound bright and uplifting at times, while dark and raspy when required. Needless to say, from the mad response by the audience, it was quite a highlight of the night.

Moving on to the next part of the concert, Nile Rodgers and CHIC presented a medley of chart toppers which he has produced for some of the most popular singers over the last three decades.

The audience was unsurprisingly heard singing loudly and enthusiastically to familiar tunes such as Diana Ross’ “I’m Coming Out” and “Upside Down”, Sister Sledge’s “We Are Family”, Madonna’s “Like A Virgin”, Duran Duran’s “Notorious”, and INXS’ “Original Sin”, just to name a few.

While most people would associate nostalgia with all things sad, gone, and wistful, it seems that only Nile Rodgers could make nostalgia something to dance to, to sing along; to remember fondly. 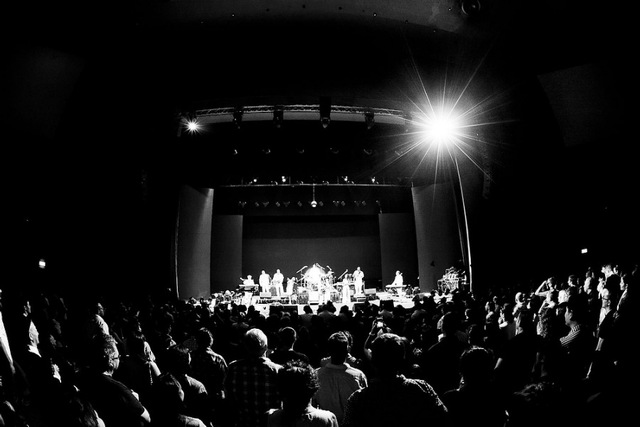