Words by Xin-rui Lee
Photography by National Library Board

In addition to it's usual role as second-home to students cramming for their next big exam, the National Library Board makes a surprisingly hip offering as part of its upcoming Read! Fest 2016.

Beginning last Friday, Read! Fest 2016 is the third of its kind, and will run all the way till the 30th of July. Featuring over 170 programs, events are targeted at all age groups, so don't just expect some kindly looking lady reading Little Red Riding Hood to a bunch of tots.

Under the heading of "Record Readers Club" (not the most original title we've ever seen but...alright), the NLB will be hosting music related talks facilitated by The Analog Assembly, the same people who are collaborating with JUICE and Potato Head Folk to put together a day of vinyl digging.

Such talks include a suspiciously enthusiastic sounding event entitled "Awesome Album Artworks!" (alliterations make not for a successful title) , which encourages people to bring down their favourite "music record artwork and share what makes it so captivating and complementary to the accompanying music!".

There will also be a conversation with Bandwagon's very own editors Daniel Peters and Hidzir Junani, who the NLB promise will "regale you with tales of backstage shenanigans and catching live music all across the globe." 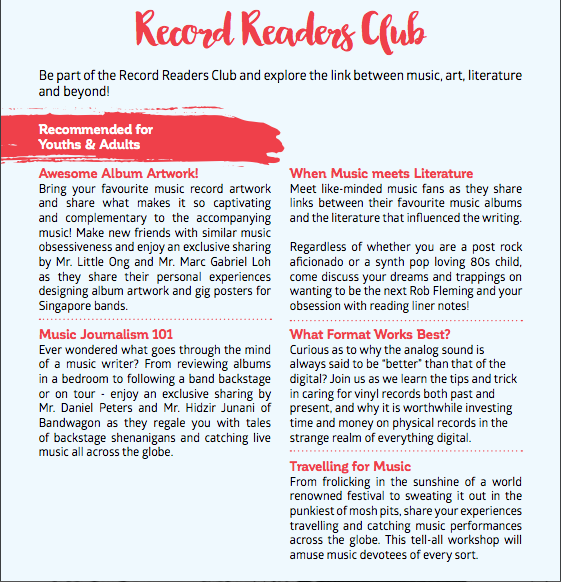 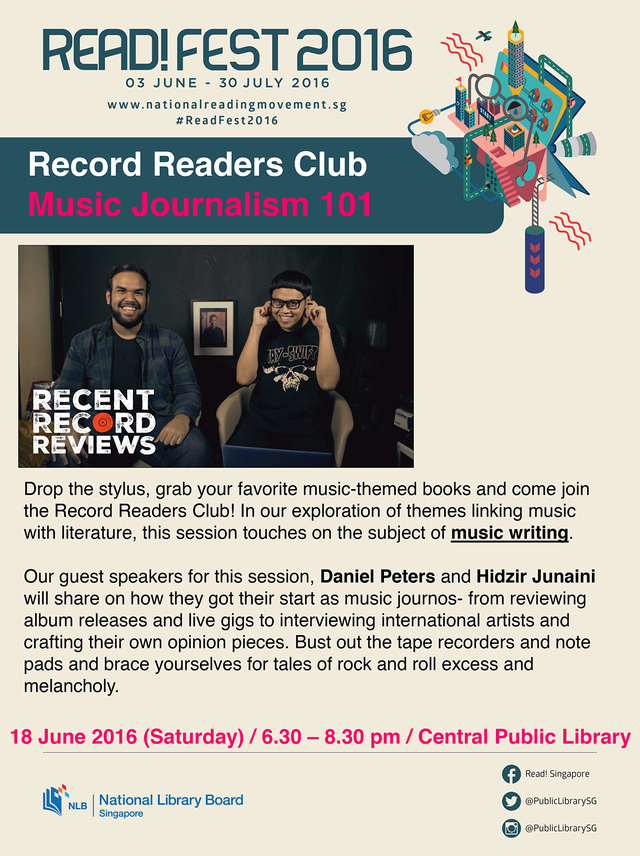 Check out the full line up of events happening at Read! Fest 2016 here.