Being on tour is fun. Sitting with You Me At Six backstage, we asked the English lads on who they’d like to and they had fun picking out their dream tour mates. “I don’t think it would be a headline tour for us. I just think it would be an ideal support, or like just playing with bands that we love and for me it would be Muse, Foo Fighters and Arctic Monkeys. That would be the 3 bands. And Kings of Leons, and Band of Skulls,” guitarist Max Helyer said. His bandmate and drummer added in jest, “We would love to have the Foo Fighters come play with us. I think we would do stadiums and have them support us but everyone would leave before we play.” 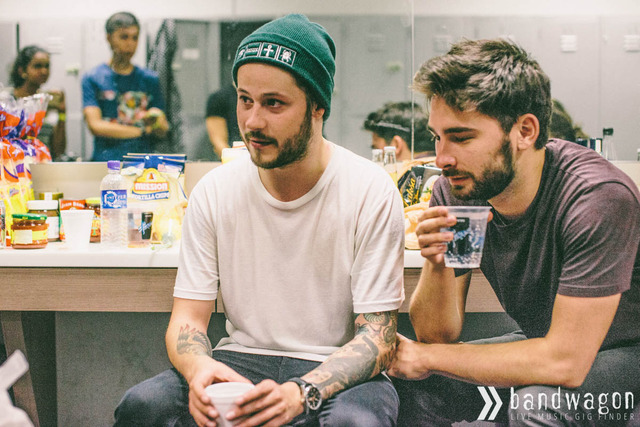 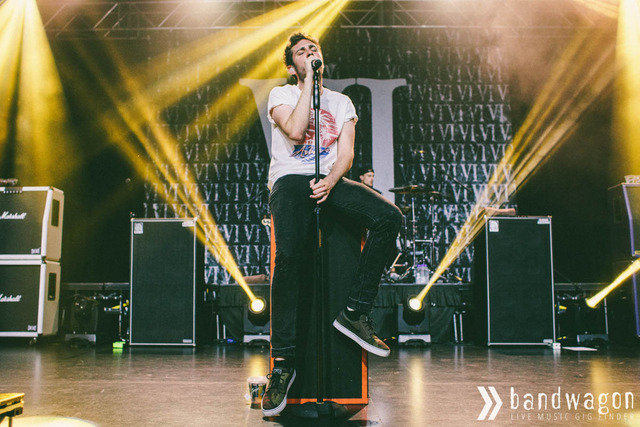 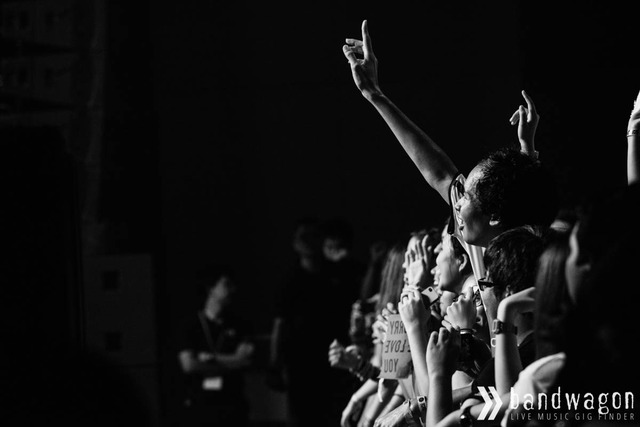 Hailing all the way from Weybridge, Surrey, You Me At Six put on quite the show for the crowd at *SCAPE The Ground Theatre with their indisputable brand of rock music made evident by their unique melodic pop-punk sound and jump-inducing riffs. Coupled by their catchy lyrics, it was impossible for every fan - also known as a Sixer - to not sing and dance along to every song. Performing the tunes from their recent successful fourth album, Cavalier Youth, the band lifted the spirits of the crowd with singles like ‘Fresh Start Fever’ and ‘Lived A Lie’, it was certainly a night to remember for every fan.

However, the main highlight of the night was undoubtedly frontman Josh Franceshi’s enthusiasm and dedication to his fans despite having injured his foot prior to the show (yup, he’s a Mr Reckless with a capital R). He tweeted the night before the show, “...Apologies in advance for my static show tonight guys…” but instead he charmed his fans with his one-legged hopping around the stage to get the energy flowing. Donning an Avalanche band tee at the start before changing into an Arsenal jersey given to him by a fan (Phillip Elisha), Josh gave an unforgettable performance accompanied with a little humor which got the fans laughing.

Apart from Josh, Max Helyer’s majestic wavy hair definitely got some of the girls jealous. Some proof: 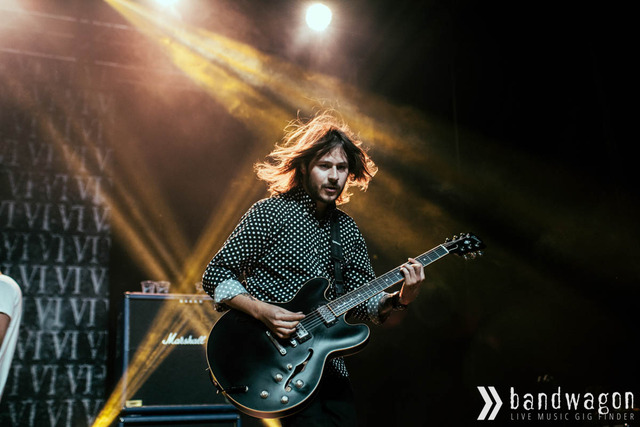 The British quintet flawless chemistry resonated with the crowd, resulting in an overwhelming youthful energy that had the Ground shaking. Shirts were in the air. People were on each other's shoulders. Voices echoed the venue. Feet were off the ground every second. Most importantly, people were having fun. What more can you ask for from YMAS (besides coming back again soon). The band that had their album, Cavalier Youth, top the UK charts, did not disappoint the crowd with their debut show in this city.

Youth is reckless, youth is cavalier - and we learnt all of this in one night.