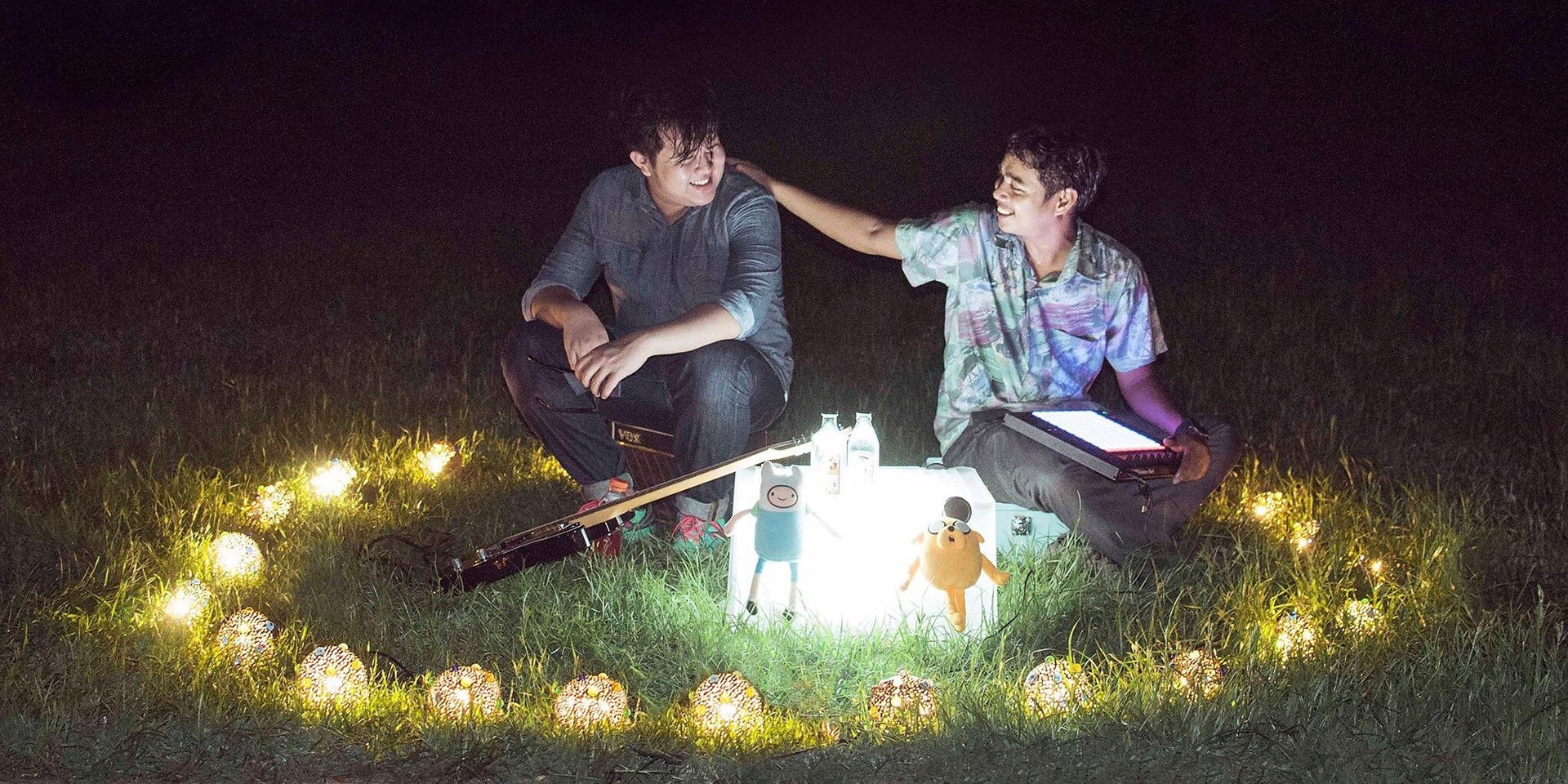 After ten long years, electro-rock duo Not Another Boy Band are finally ready to "celebrate their life of mediocrity and happy sadness" as they release their debut album 69g this July.

On Tuesday (05/22), the Terno Recordings act announced the official launch date of 69g. Described as "explosive and controversial" by their own label, the duo composed of Japo Barrientos and Tino Poblete, faced a number of mishaps that delayed the release of their debut record. "Dahil nga mediocre kami magtrabaho, wala kaming fail-safe sa mga unexpected predicaments," Barrientos tells Bandwagon of their contretemps which included a presser machine breaking down and the master CD of 69g going missing last year.

69g was recorded, mixed, and mastered by Francis Lorenzo (a.k.a The Ringmaster), apparently against his wishes to have nothing to do with Not Another Boy Band. "Through deception and trickery, we managed to get Fran," Barrientos recalls. "He was so drunk, he signed a contract to produce the album. Luckily for us, he's an honorable man and honored his contract."

"That is actually true," Lorenzo confesses to Bandwagon. "I was super drunk. They made me sign a receipt and showed it to me one day, [but] my word is my bond." He then adds that working with Not Another Boy Band "oddly enough, was fun," revealing that the experience was pure chaos, sans any creative raging and non-stop food.

It might have taken these self-professed pioneers of post-music a decade of bad luck to write and produce their first full-length record, but unveiling it is finally happening at Saguijo in Makati City on July 21 (Saturday).

Check out their teaser video below.