August 25, 2013: the famed band of um, men 'NSYNC (sometimes stylised as *NSYNC) tweeted their very first tweet which sent a wave of flurry among the 20-something demographic. Why? Because this was the band that announced in 2002 they were taking a break, and then never recorded anything new since then. The band who shut down their official website in 2006 and then officially announced the break up 2007. We've waited all these years; and then the tweet happened. 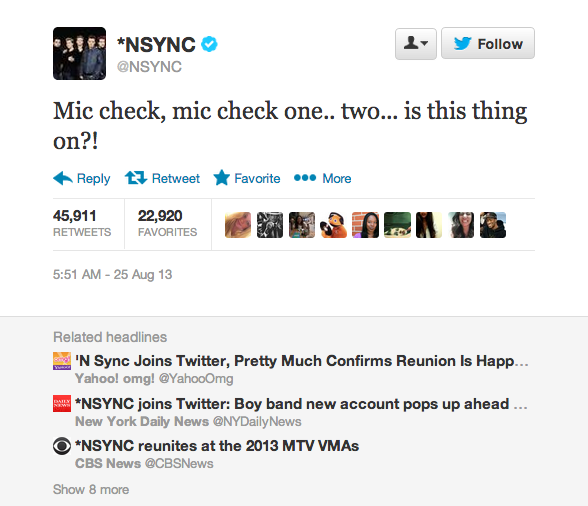 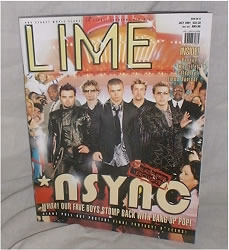 Although they re-banded at the MTV VMAs for a glorious 110 seconds (yes, less than 2mins), a proper reunion is unlikely to happen. Unlike their counterparts and then rivals Backstreet Boys who recently released a new album, we're not really sure what is to happen next. World tour, new album, 3D concert film? I mean that Timberlake dude seems pretty smug going solo. He even doesn't want to be pictured with his alma mater here: 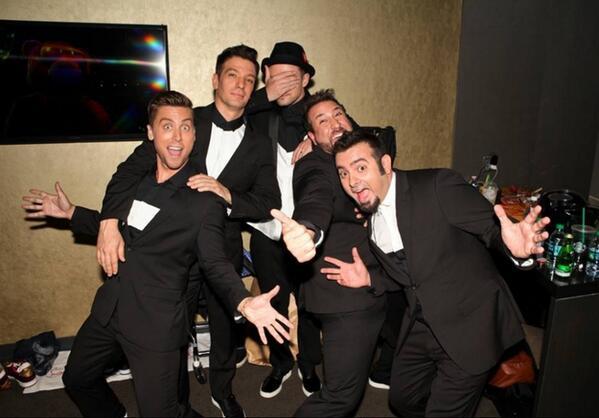 Nevertheless, here is a playlist for this #throwbacktuesday. Note: no solo JT stuff here (although 'Girlfriend' is pretty much JT), just solidarity NSYNC choons.