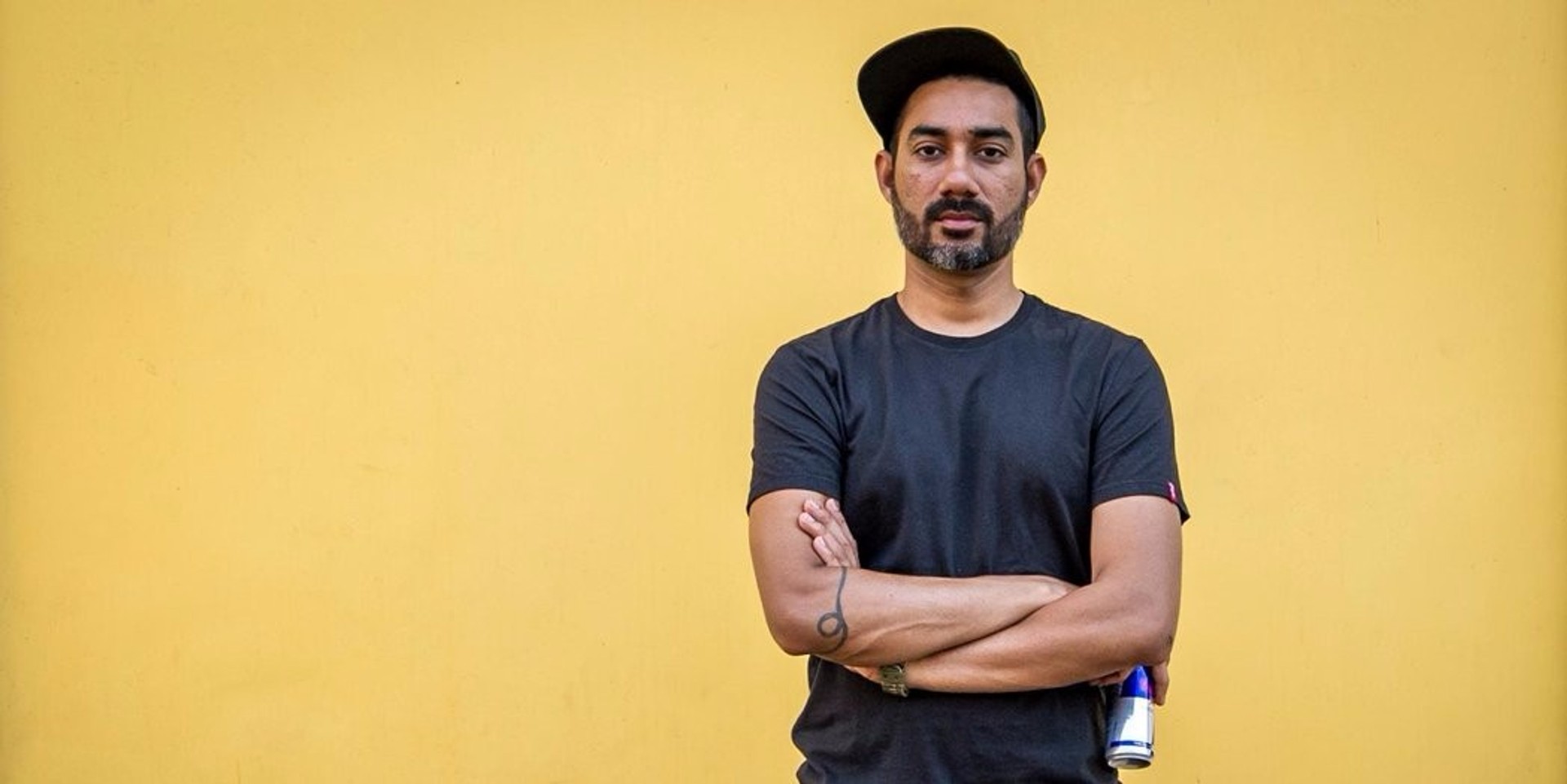 It's no secret now that India is hotly-tipped to be a watershed destination for EDM in Asia, and this Dancing Astronaut feature explains further.

But while audiences all over the country are latching onto breakout dance music from all over the world, their homeland has produced some of the fastest-rising producers the continent has ever seen. And then, there's Nucleya.

Real name Udyan Sagar, the 40-year-old producer has been at it since 1998, but he's found his true calling within the towering ranks of the EDM world. Now a festival favourite in Asia and beyond, Nucleya's blend of familiar dance music structures and inventive rhythms and melodies, inspired by traditional Indian music, is just one of many examples of what the country has to offer.

Bandwagon got the chance to sit Nucleya down for an exclusive interview onboard It's The Ship 2017, and we picked the Indian DJ's brain on what it's like leading the charge of his domestic EDM scene, how growing up in India has affected his sound and more. Check out the full interview below.

You set the standard for the rest of the festival with your set last night. What goes into a regular Nucleya set each night?

I’ve been listening to the rest of the DJs' sets and fortunately — or unfortunately — everything revolves around electronic music in general, like what you hear on the radio and stuff. I was invited to come here and perform and if I were to play the same thing as everyone else, it wouldn’t make any sense.

This is a great platform that they’re giving me to showcase my music and if I don’t do that, it’s a waste and I wouldn't be happy as an artist. I took the risk of playing my own music and be happy, so that’s what I did. It took a while for people to get used to the music I was playing, but towards the end people were really enjoying themselves."

What’s one item you absolutely have to bring on tour that isn't tech/gear?

I travel extremely light. Extremely. I only have a backpack. My manager and team have two bags each. Everything that I need, my clothes, my DJ gear, they’re all in that one backpack."

How has growing up in India affected your music?

When I was growing up in the late ‘90s, early 2000’s, the sort of music I was exposed to were mostly the film music and folk music from India so I consumed that quite a lot. So if you listen to my music you can hear bits and pieces of those influences seeping in quite a lot. When I was really exposed to other music, electronic music in particular, I fell in love with it.

I was in Ahmedabad when I was growing up, which is the west of India. We got the Internet very late, there were no clubs over there. It’s a dry state, meaning there’s no party scene or liquor consumption, but it worked in my favour. Because there wasn’t a nightlife scene, I had a shit ton of time to myself and I was able to invest like 10-15 hours a day just working on music. That’s also how I really worked on my sound and found out what it was I wanted to make."

Your music features a lot of classical instruments. Do you know how to play any of those instruments?

I don’t. I play a bit of keyboard though. It’s a very different way of making music. So everything you hear on my songs, all the instruments you hear, are real.

I just program them into the keyboard, and I play it on there. Then I find beats that are similar to that and I put them together, chopping them up into hundreds of different samples and then key it up and down, making it work like a regular production plug in — with the sample packs and everything.

It’s a lot of work but it pays off. It’s also something I thoroughly enjoy doing."

How long would it take to make a track like 'Bass Rani' or 'Aaja'?

It all depends on time spent, the space you’re in and the mood you’re in. 'Bass Rani' didn’t take that long, maybe 3-4 days, but 'Aaja' took me the most amount of time.

It was recorded over an instrumental of a different song of mine. And then I removed the instrumental and the song 'Aaja' was just vocals at this point, there was no backing music. After I had perfected the vocals, I did everything else around that." 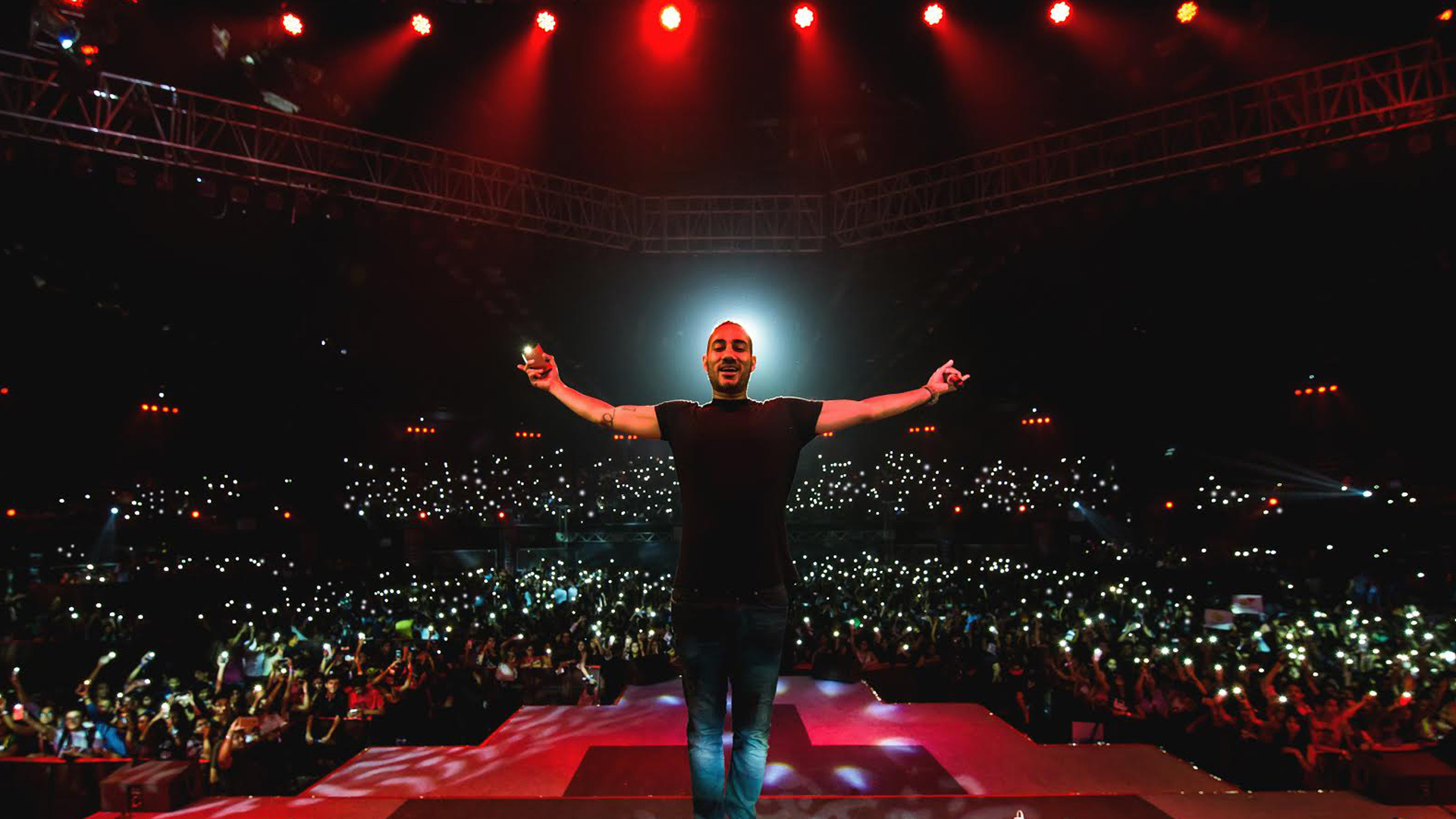 I don’t want to be in that spot man. The scene should revolve around everyone, and all the different things they’re doing — that’s when it stays healthy. If the scene is just focusing on one person, then it’s not healthy."

— Nucleya, on his reluctance in the spotlight.

When you’re working on a song, at what point do you decide that a song is good the way it is and stop meddling with it?

I think you just feel it as an artist. I do not over-produce songs anymore. That’s something I used to do a lot when I was starting out and as time went along, you being to realise what the endgame for the song is early on and you know when to stop. It takes experience."

You’ve been hailed as one of the Indian EDM heroes. How does that make you feel?

That sucks man, but unfortunately yeah, I’m in the spotlight in India. I don’t want to be in that spot man. The scene should revolve around everyone, and all the different things they’re doing — that’s when it stays healthy. If the scene is just focusing on one person, then it’s not healthy.

Standing out in the scene now requires a lot of talent and creativity and India has that by the boatloads, but they’re just focusing on one person instead of the Indian scene as a whole."