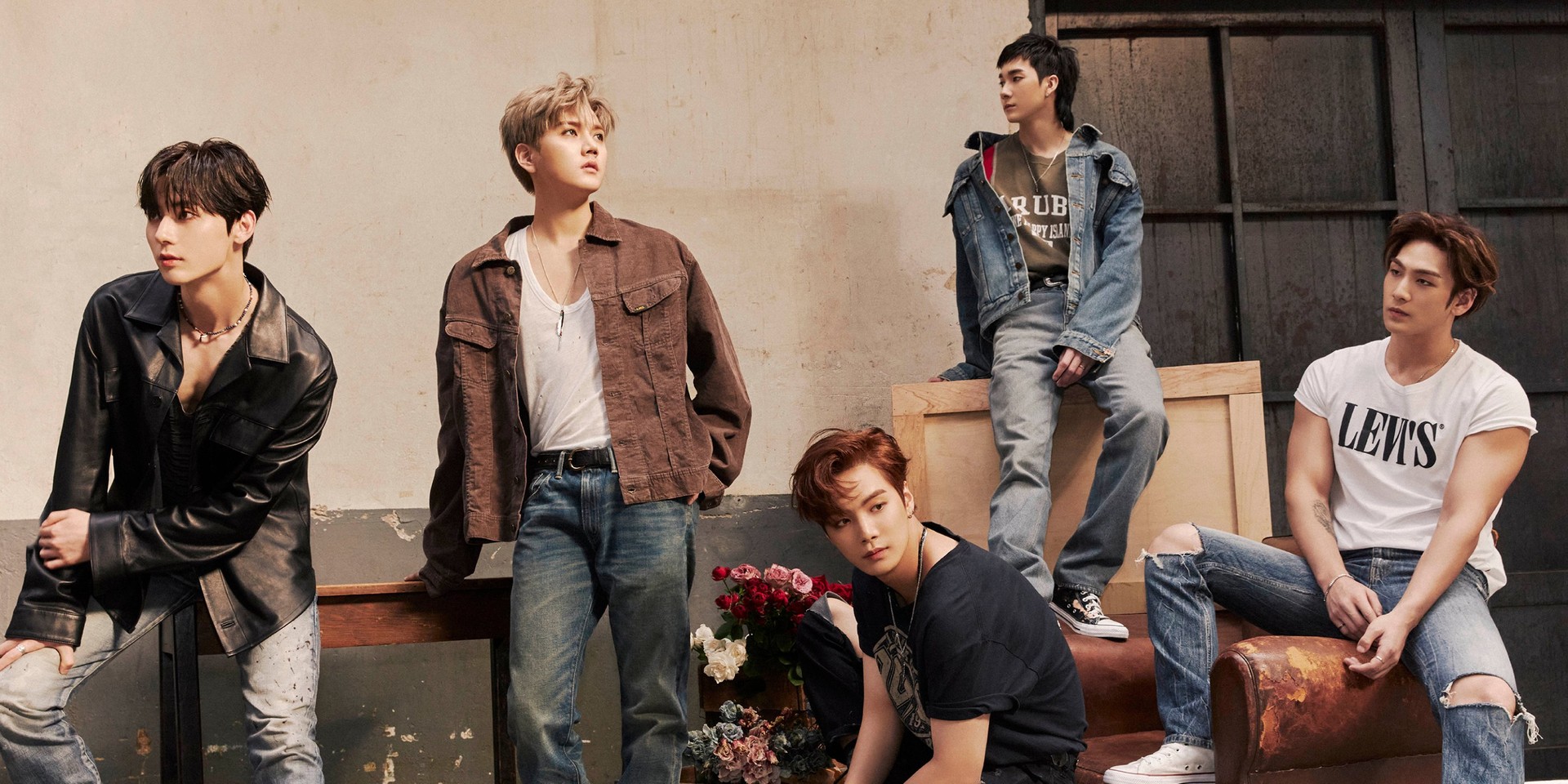 The Korean group released their highly-anticipated second album Romanticize today (19/04). After seven years since their debut record and a year since their last comeback, NU'EST showcase a new side of the group in their latest album.

Taking on a concept new to the group, the album centers around the theme of "turning the ordinary into extraordinary by bringing romance into reality". In a press conference prior to the album drop, the group revealed that the concept can be interpreted in many ways and that the album showcases each member's unique and distinctive expression of 'romance'.

"All the members expressed the concept in their own way which everyone can look forward to. We expressed 'romance' in our way and it shows in this album," says JR, in a press conference.

Romanticize features 10 tracks, including their title track 'INSIDE OUT'. NU'EST revealed that 'INSIDE OUT' relays a story of facing the end of the relationship nonchalantly before realising that there's more to how you feel.

The album also features solo tracks from each member that showcases a range of musical styles and genres that is unique from the group tracks.

"The group songs mean something and the solo songs mean something different – the group songs are the expression of what NU'EST feels is romantic. Each member has their own uniqueness and individuality, it's actually amazing how we can have one group but so many unique members. As a member of NU'EST and looking at the other members, it was interesting seeing how different we all are and we wanted to show that to our fans as well," says Baekho.

"We all had the opportunity to express what we think in our solo tracks and how we express the theme of romance. Personally, when we were working on our solo tracks, I realised that there is this new side to all five of us and how we think," says Minhyun.

Celebrating the 10th anniversary next year, Romanticize serves as a culmination of a decade's worth of growth and showcases the artistry of NU'EST that has evolved through the year. The album also comes as the group's first full-length album since 2014 with the release of RE:Birth.

Each member took part in the production of the album, which they revealed to be both an exciting and nerve-wracking process after a year since their last comeback.

"We did a lot of work for this album. There were a lot of times where we had to turn it upside down and start from scratch. I think the last recording session we did started at 4 PM and ended at 8 AM and the whole time, I rested for 15 minutes. I felt kind of dazed but there was a sense of accomplishment," shared Ren.

"People have been waiting long for this album so we wanted to show our fans a lot of different things. While working on this album, we've gotten to learn a lot about each other and how the members think. Throughout the whole process, we felt that we saw exactly how we've changed through the years. It was a proud moment," says Baekho.