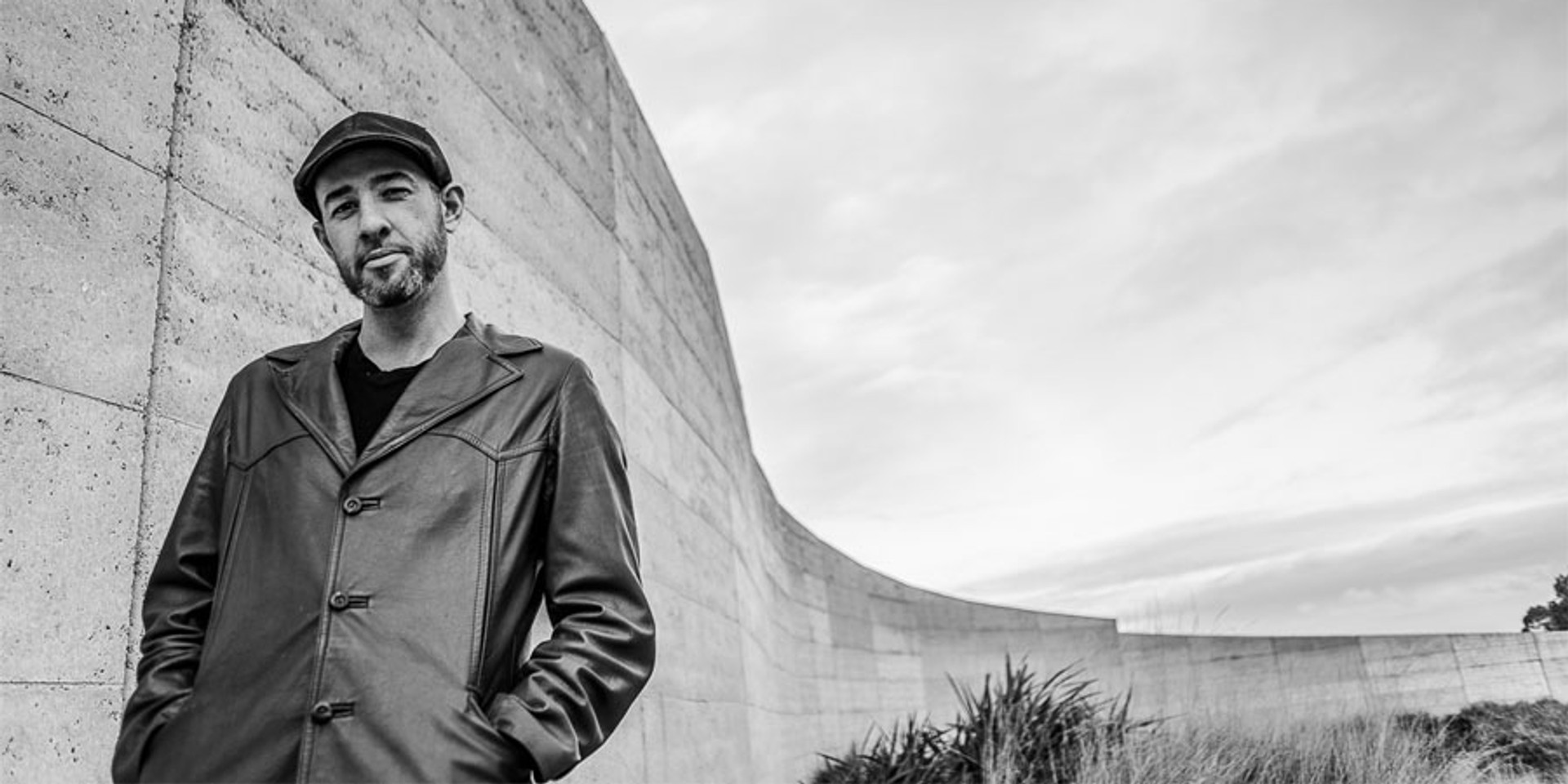 The prevailing genres of dance music have been prided for having thoroughly distinct characteristics — the 4/4 heartbeat of techno, the soaring melodies of house or the sheer convolution of IDM.

For Australian artist Oblique Industries, he doesn't forgo genre labels as much as he actively tries to find and blur the lines that separate them. His style of dance music is so diverse, he finds himself with a new release endorsed by a new record label almost every time.

Perhaps it could be an early induction into the world of music, or his insatiable appetite for all sorts of dance music after his first tryst with the dancefloor, but Oblique Industries stands out for simply being himself, rather than being a standout in a certain genre.

We speak to the artist — real name Ryan Oblique — about his humble beginnings, his influences and how Richie Hawtin helped turn his career around.

Hey Ryan! What was your path into electronic music like? When and why did you get started?

I had a pretty musical upbringing; my mother is a dance teacher so there was always a lot of music in the house when I was growing up. I formed a rock band with some of my friends in high school and got a taste for live performance playing around the local area.

The band split not too long after high school and we all went in different directions (although the drummer Daniel Twomey still plays in some excellent bands to this day, check out Deaf Wish and Lower Plenty). Around the time the band was finishing up I went to my first outdoor electronic music festival and got hooked on electronic music. It was a whole new world for me, previously I had only heard commercial dance music on radio and I didn’t like it at all, but this underground stuff was right up my alley.

I started buying records and listening to all the different kinds: house, trance, techno, drum & bass, experimental/glitch/IDM, whatever I could get my hands on. I went out to every party I could (which was a lot, I think my record was about 28 nights in a month!) just to soak it in. A short time later a friend introduced my to a freeware music production program called Buzz and that was it, I spent spare every moment I could in the garage at my Dad’s place playing around with making beats and all kinds of strange noises which became my first tracks.

Who were your biggest sonic influences?

At the time I started producing my knowledge of electronic producers was pretty low, but I guess it was guys like DJ Shadow and Trent Reznor (Nine Inch Nails) that started my earliest curiosities about electronic music before I really got into it. As well as early Daft Punk, Chemical Brothers, Mr Oizo, Aphex Twin and Squarepusher. Thomas Schumacher, Green Velvet, Jeff Mills, Son Kite, KiNK and Plastikman were favorites and big influences of mine in my early party days and remain so today.

From there, how did you develop your passion into a profession?

It all just kind of happened really. I spent a lot of time writing music and collecting records but it was mainly for my own enjoyment at that point. Then some friends asked my to play at their house parties and that led to some warm-up sets in clubs, then on the side stages at a few festivals and on from there. It’s still my passion! 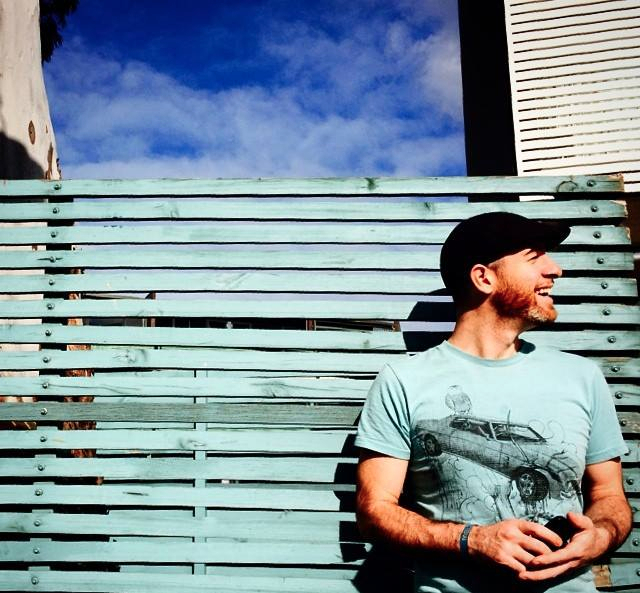 That was without a doubt the single biggest turning point in my career to date.

The prizes really made a huge improvement to my studio set-up, which had been super basic up until that point, and within a few months, I was off to Europe and Asia for my first international tour."

— Oblique Industries, on getting picked by celebrated techno artist Richie Hawtin to win a remix competition by Plastikman.

What would you say your first big break was?

It’s hard to say which was the first ‘big’ break but one of them was definitely the first time I was booked to play at Rainbow Serpent Festival. It had been a dream of mine to play at this festival since I was first starting out so playing on the same stage that so many of my biggest influences had played before me was a real milestone for me. Playing Fusion Festival in 2014 was a huge one for me on the international scene too!

One of your more high-profile achievements was winning that Plastikman 'Ask Yourself' Remix Competition. What convinced you to enter that contest?

‘Ask Yourself’ is my favorite Plastikman track. I’ve loved it since I first heard it so many years ago now. So I was super excited when I found out a friend of mine had remixed it. I knew that the Arkives box set was about to come out and I assumed that he’d been asked to put in a remix for that by the label.

I was about to write to congratulate him on the score when I noticed another friend had also done a remix and it was only then that I realized that the contest was happening! I think there was about a week until the deadline so I downloaded the parts (which took forever with my then 56k dial-up internet!) and got to work on my remix.

What was your approach to that remix?

I didn’t have any kind of plan of how it would sound before I started working on it and my approach was just to go with what felt right to me at the time. I was getting a little bored of the prevailing tech-house sound at the time and had been listening to a lot of bass music which really came out in my remix.

How did you feel when you learnt that Ritchie Hawtin picked you as the winner?

It was incredible; I couldn’t believe it at first! I actually still trip out about it sometimes! That was without a doubt the single biggest turning point in my career to date. The prizes really made a huge improvement to my studio set-up, which had been super basic up until that point, and within a few months, I was off to Europe and Asia for my first international tour.

In recent years, we’ve found your work on labels all around the world. If you could pick one label to release with (that you aren’t involved with already) - what would it be and why?

My music is always changing and evolving so I’ve found it pretty difficult to find a single label that would give me as a broad a scope on my productions as I would like, which is why I tend to release on a lot of different labels lately. I’ve been really loving a lot of artists and releases on labels like Life And Death/Afterlife, Diynamic and Pampa lately, as well as Dystopian, Ostgut Ton and Rekids for the heavier stuff, so I’d love to release with any (or all) of those.

For people who aren’t familiar with you - could you pick out three tracks from your canon that would best represent Oblique Industries (and describe why).

Hmmmm… That’s really tough. Like I was saying, my music is pretty varied so it’s kinda hard for me to give any sort of accurate idea of my sound with only three tracks. Right now I’m really enjoying playing 'Hurt You Like', 'Summer Hail' (both of which are unreleased so far) and 'Im Mondschein' (with the live vocals) most, so I’ll go with those for now.

You’ve been to Singapore before to play at Headquarters by The Council. What was that experience like?

That was awesome! I really had a blast! I love Singapore’s nightlife in general and Headquarters really has that Berlin feel more than any other club I’ve been to in Asia, with the super fun crowd, stripped back, no-nonsense, mimimalist/lofi décor and my favorite beverage of all time: Club Mate!!!! Mega friendly crew too! :D

Lastly, you’ll be playing on a boat party this coming Friday. Have you ever played on a boat before? And what can we expect from your set?

Yes! This is going to be so much fun! I have played on a few boats over the years but not for a while now. I think the last time was at Concorde Atlantique in Paris a few years back, which was a really crazy night after which one of the DJ’s fell into the river and had to be fished out by the police! I promise that won’t be me this time!

As for my set, I don’t want to give too much away but you can probably expect to hear the three tracks I mentioned earlier as well as a few new tracks I’ve been writing while I was in Melbourne over the Aussie Summer. I’m actually just putting the final touches to some brand new tracks now as I’m doing this interview that may make it into the set on Friday…

Oblique Industries headlines Sunrise On The Bandwagon Riverboat, presented by Bandwagon and The Council. The all-night party takes place this Good Friday, 14 April 2017, from 10pm to 8am.