“Everyday life in Singapore is frustrating,” Leslie Low of The Observatory explains. “Either you desensitise yourself or you stare it in the face. But when you do stare it in the face, you get really affected by all the injustices and how everything is a lie, within a lie. These kind of things get to me and end up being songs.”

If you have to describe the core sensibility of the music of The Observatory, it would be that of the quintessentially Singaporean expansive desolation. When you talk about The Observatory, you’re also talking about the Singapore story. Formed in 2001, the band has been consistent with divisive records and a remarkable dedication to their craft. While their membership has seen a revolving door of sorts, especially with the recent exit of longtime guitarist Dharma, at its core remains the sage-like frontman Leslie Low along with striking multi-instrumentalist Vivian Wang. Meeting the duo was at first unnerving, knowing how serious and steadfast they are in their beliefs. We wouldn’t have dreamed of brushing them the wrong way but instead, they turned out to be warm and ready to answer any question we presented. Leslie was quiet and pensive while Vivian displayed an admirable sense of tact and seriousness with every answer, accented with kindness and a lack of pretension. She also offered me beer. 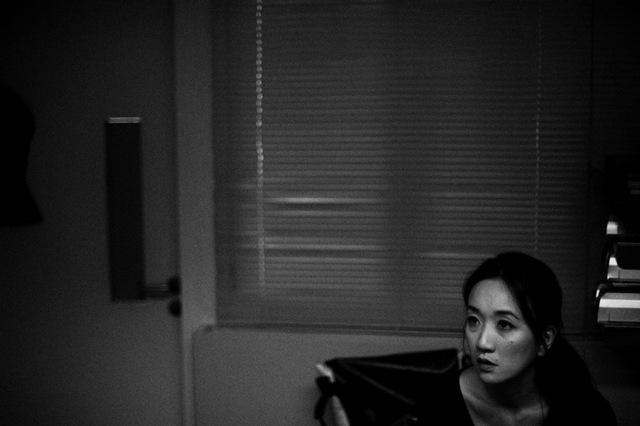 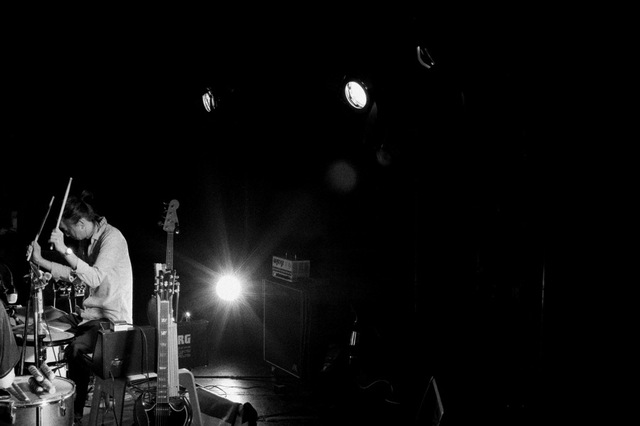 The year is 2014 and The Observatory has been around for 13 years. That’s thirteen years of artistic and sonic evolution, going through multiple lineup changes, tours and performances around the world - The Observatory has seen it all. These experiences have translated into a brand of world weariness (or rather, one that’s exclusive to Singapore) that’s on full display in their most recent release, Oscilla, arguably their most aggressive record to date.

Their discography depicts an evolution of a myriad of sounds that began with Time of Rebirth, a gentle collision of electronic textures and acoustic melodies. Through Blank Walls, A Far Cry From Here and Dark Folke, they slowly began to proudly wear their influences on their sleeves and expanded their sound by taking in elements of post-rock, psychedelic folk, progressive rock and post-punk. 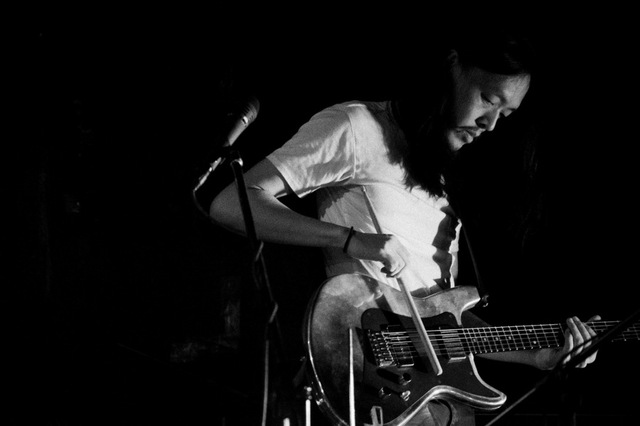 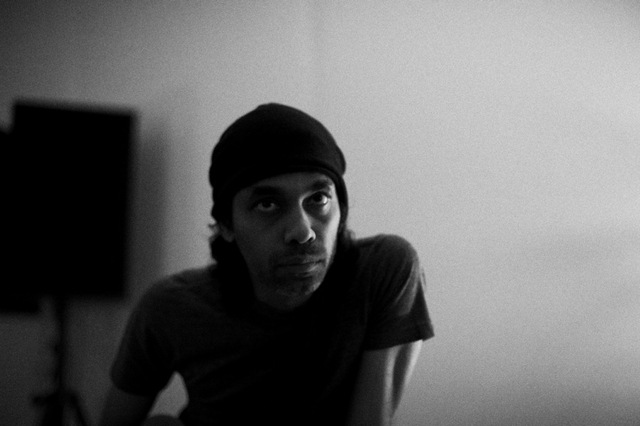 By the time they reached their fifth record Catacombs, they had gone through a shuffle in line-ups and with that, a significant change in sound. Presenting a darker and more abrasive edge to their music, Catacombs offers shapeshifting rhythms and melodies that aimed to disturb. It’s uncompromising, restless and brooding. It marked a shift in the band’s direction where they headed steadfastly into riskier territory with a rejuvenated, almost punk-like spirit.

Part of my own affection of The Observatory is their nonchalance of the current musical zeitgeist. There is a lot of focus on genres and labels in music and fierce competition to keep ‘relevant’ but The Observatory have managed to isolate themselves from this pressure. As they say, visibility is a trap and while The Observatory are far from invisible, they’ve kept their heads down and hard at work, and it shows quite grandly with their music. With the band, everything is spontaneous but deliberate with room for improvisation - a rich takeaway for artists. 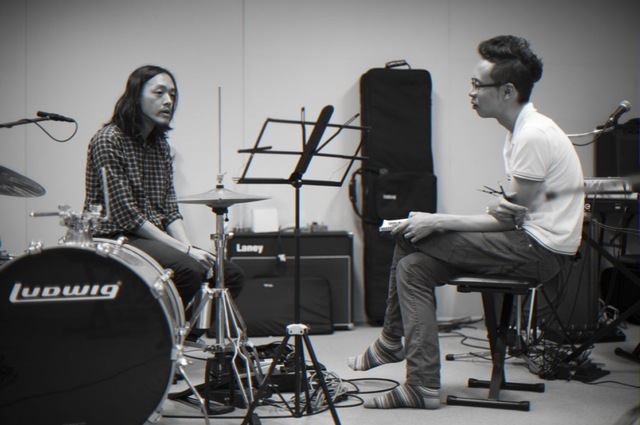 All of this have led to The Observatory being the subject for a film screened at the recent Singapore International Film Festival to a welcoming reception. The Obs: A Singapore Story is an insightful peak into the band’s development over the years, how it weathered changes in creative direction, to evolve and to produce arguably the local scene’s most inventive music. Not just for the fans, it’s a story about the Singapore experience. Through archival footage and interviews, this is the closest one can get to The Observatory. Featuring past and present personnel from the band, footage of the band jamming in their earliest inception, everything comes together for an intriguing narrative in the film.

"Apart from being one of the longest-surviving local music groups, The Observatory is one of the very few Singaporean bands that has taken the commitment of going full time which also accounts for the quality and quantity of their musical output since their inception in 2001." "The band members themselves are intensely private individuals and their music-making space is as magical as it is fragile,” the director of the documentary, Yeo Siew Hua says. 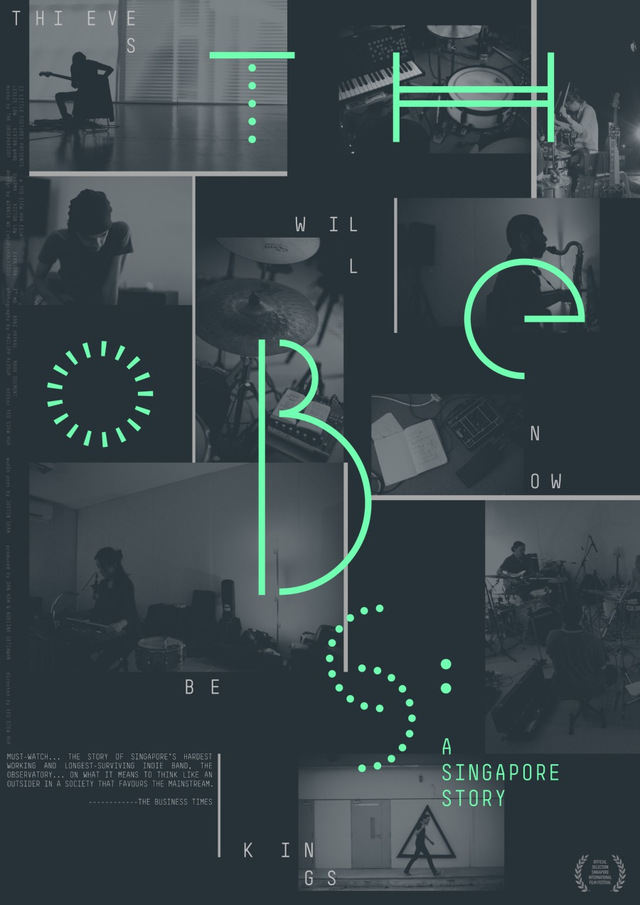 More info on the film

About the challenges of being an artist in Singapore, The Observatory are well-read. A lot has changed in  “Equally difficult in certain areas while in others, I’ve learned to alter my own stubborn perspective to cope with it. Some good things have happened to the scene. We have matured somewhat. In other areas, it seems almost primitive to still retain that mindset of standards. Or to allude to these standards. What are these standards and who set them? The labels who have sold you their wares want you to believe in their gold standard. In reality, our own little small scene will continue to grow in spite of this standard,” Leslie says. 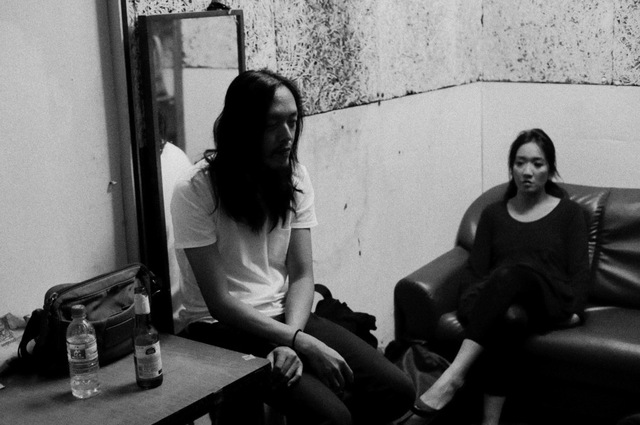 Identity is an issue central to the Singaporean, and faced especially by the musician establishing his or her music. Leslie discerns this: “There will be a continuous flux of bands that are building their own identity. Mixing influences from all over the world into what we can call our own. That’s us. It’s good to note that the old hierarchy of the record label industry is now dying a slow death, tightening its last grip on the internet. What we grew to love in an industry that brought us our favourite musicians since the 50s and 60s, is now a pale shadow of its former glorious self. So they can ring their own bells all they want but it never excites me these days, all that polish and pomp. As a musician in 2014, I’ve learned to embrace my Southeast-Asian roots, our rawness, the sound of our Singlish, and the beauty of microtonal differences in the music of our region.”