Genres have been serving their purpose for decades; helping to classify different styles of music from the quaint to the outlandish, to help us sieve through the gargantuan amount of records made by an abundance of artists out there. They have been our friendly companion throughout our years of digging through record shops or prowling taste-making blogs. We began to learn what we like and we wanted more of it. Genres made our fanatical searches a lot easier. There are the basic foundational genres: rock, pop, blues, jazz, metal, classical, electronic etc.

As you delve deeper, you start discovering all sorts of sub-genres; some fascinating, some freaky, some absolutely head-scratching (I remember wrapping my head around the terms ‘dream pop’ and ‘doom metal’ in my early teen years). This method of classification has become incredibly helpful in allowing us to understand the various beautiful forms of music available, it’s a potent navigator. 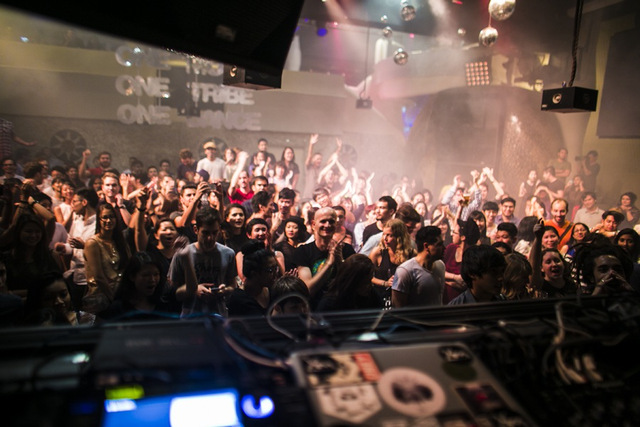 Be it as it may, the very notion and relevance of genres have been put into question, as we move further into an age where music consumption has reached an immense peak of convenience. There are the constraints of a genre, for instance. We’re in an era where there are so many records that begin to defy traditional classification. We’ve seen Daft Punk put out a record doused in funk and disco, there’s Avicii crafting a chart-topping dance hit featuring a country-heavy arrangement and Deafheaven has made black metal accessible to a non-metal audience with post-rock and shoegaze. This is where genres begin to meld; various styles forging together to form a robust sound.

You can’t say a genre is totally dead, what with its characteristic styles living on in disparate forms. Disco isn’t dead; Random Access Memories and the burgeoning popularity of nu-disco is making sure of that. Grunge isn’t dead; there are bands out there rooted in hardcore beginning to explore the sounds of the angsty 90s (see Daylight, Balance & Composure, O’Brother etc.) Psychedelic music sure as heck isn’t dead but everyone knows that. As long as there are musicians with electric guitars and pedals turning it up to 11, ‘rock is dead’ is bullshit. The list goes on. Then there are the genres that still live on in its distinct form but has since branched out. One fine example is jazz.

Jazz has managed to stand its own throughout decades but itself has seen such a staggering evolution; a lot of it owed to a transformative expansion of styles which, by the later half of the century, involved drawing from various cultures and genres. You have jazz-fusion which was borne out of a mutual fascination between musicians of jazz and rock in the late 60s. There are also the deluge of sub-genres that jazz has birthed with hip-hop and electronic music. If anything, there are dedicated musicians out there to preserve jazz in its various forms. 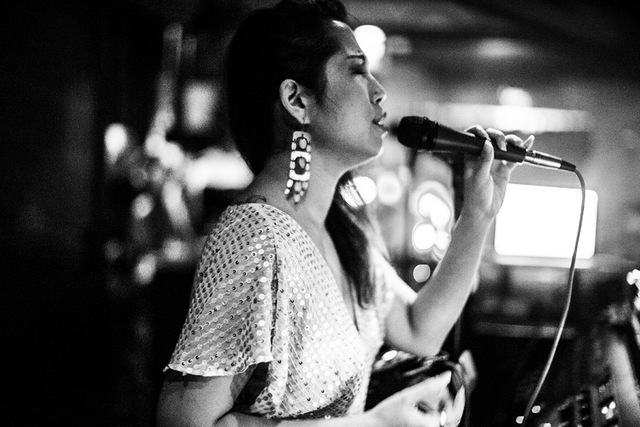 Over the span of two nights, I got to see acts that exemplified the ability of genres to seep into other various forms of music, barring the constraints of classification. The first night: an absolutely killer triple-bill at Zouk in the form of Vandetta, Cosa Nostra and the enigmatic Four Tet. Much has been said about Vandetta’s ability to construct and manipulate vocal loops. All the more impressive to watch in person, where you can sense sheer control in her performance to employ her loops and beats succinctly. Her voice itself is something else to behold entirely; giving a sultry, goosebump-inducing performance that only made me way more excited to see her at Laneway Singapore next year. Her blend of soul and electronic music preserves the raw intensity of the former and the atmospheric charm of the latter; a striking brew. 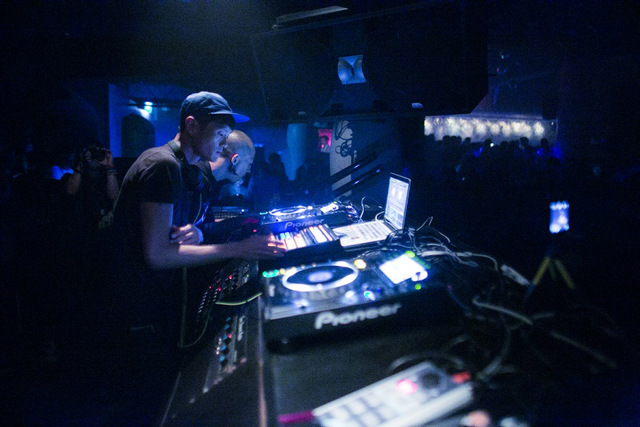 Cosa Nostra offered an entirely different beast of a set. While Vandetta’s modus operandi for the night relied heavily on intimacy, Cosa Nostra was bent on conquering the dancefloor in their own peculiar way. Consisting of DJ Funk Bast*rd and Kaye, a producer and saxophonist (aww yes), the duo launched into a fairly stunning array of sounds that spanned from house to jazz to dub and R&B, displaying a keen sense of cosmic experimentation that could sound right at home alongside Flying Lotus or Thundercat on the Brainfeeder label. A highlight was watching the duo perform alongside each other; the partnership of Kaye on what appeared to be a soprano saxophone (sorry! it's an EWI) and DJ Funk Bastard’s digitally processed beats and samples. While their beats were inviting enough to dance, it just became too distracting watching the musicians at work.

And of course, there’s the headliner Four Tet. A maniacally prolific artist in his own right, he has spent the past decade or so forgoing trends in the electronic music scene in favor of seeking out new sounds and matching them with familiar ones. Primarily rooted in post-rock, the man has always sported an immense liking for traditional instrumentation; his music deeply driven by vivid percussive beats and jazzy melodies. His set that night however showed a slight divergence, reducing to mainly electronic equipment and an hour-long performance that was more club-friendly, something that reflected his newest effort Beautiful Rewind which showed a renewed fascination with house music. 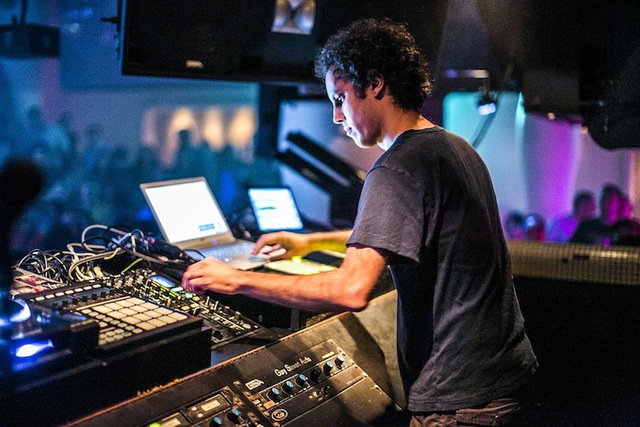 While seemingly reserved on stage, Four Tet (real name Kieran Hebden) displayed an unnerving intensity while performing, barely blinking an eye while fixated on his laptop screen. More importantly, he knew how to control the dancefloor even when his intro, a five-minute layered synthline, became a little bit of a buzzkill at first. His set saw him prowl through his eclectic palette of styles within swirling, dominating beats. From the driving Krautrock-flavoured repetition of “Parellel Jalebi”, to the pounding techno-meets-Afrobeat banger “Love Cry” and the Gamelan sounds in “Plastic People”, Four Tet showed a remarkable grasp of handling various styles of music that only felt a lot more visceral live. Yes, I couldn’t help moving by the time Love Cry came on, but so did everyone else.

On Friday night however, I was far away from the Zouk dancefloor and into the monumental confines of the SOTA Concert Hall. This time I was about to witness a cultural exchange of sorts: the Russia-Singapore Jazz Symphonia. The brainchild of Russian businessman Evgeny Tugolukov and local jazz legend Jeremy Monteiro, it was conceptualized to foster relations between the two nations, along with the seamless partnership of jazz and classical music. The assemblage of musicians was huge; there was the The Jeremy Monteiro quartet, the Young Musicians’ Foundation Orchestra and of course the line-up of skilled Russian musicians that featured Igor Butman, a highly-renowned saxophonist. 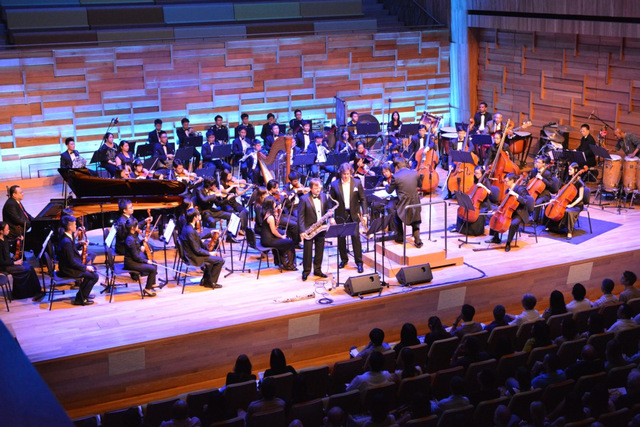 What was so interesting to watch live was the duality of the symphony’s delicate sonic textures and the fiery performances of the jazz musicians, similar to what Miles Davis did with Sketches of Spain. A reason I love watching saxophonists in particular is how it appears the instrument sucks the very life out of them, with impassioned and expressive sounds produced. It’s an incredibly captivating sight. Go to Youtube and watch Eric Dolphy, Pharoah Sanders and especially Colin Stetson play and you’ll know what I mean. It was similar watching Kaye do his thing at Zouk but he was a lot more restrained; he had a greater hand in generating texture and atmosphere rather than being a forefront soloist like Igor.

It becomes tiring how people refer to some music styles as ‘retro’ or ‘dated’. In the end, many genres may define the zeitgeist for certain musical decades but that doesn’t mean they should be confined to that. And it certainly doesn’t mean they die just because their mainstream presence diminishes. It was with these two nights that I learned just how genres could manifest themselves in totally different ways. In this case, jazz. The two nights had the acts embracing the genre but in their own manner, in completely different environments. The first night proved how the genre could live on as music keeps progressing forward. The second night was a celebration of the genre’s traditional charm but the composers never shied away from engaging fresh creativity; in this case, working with an entire orchestra. 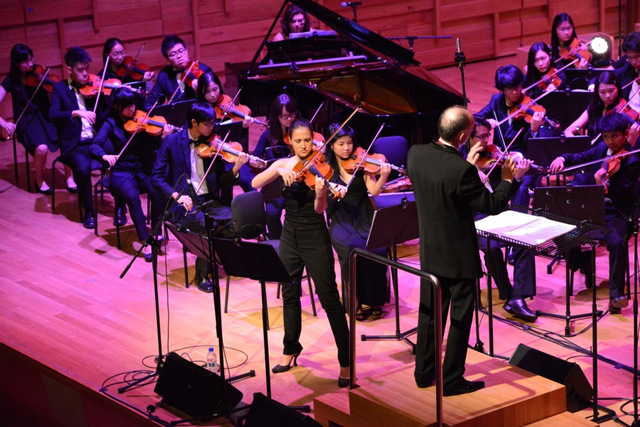 Genres have become multi-faceted; these days we can only rely on them to describe a fraction of what a band might sound like. They’ve been great guides although sometimes the greatest thrill lies in listening to a record without much preconceived notions. We may not be in an age where new genres are invented but musicians continue to subvert and challenge them. Those two nights of music were great examples of two things that slot in well together into what makes a far grander narrative.