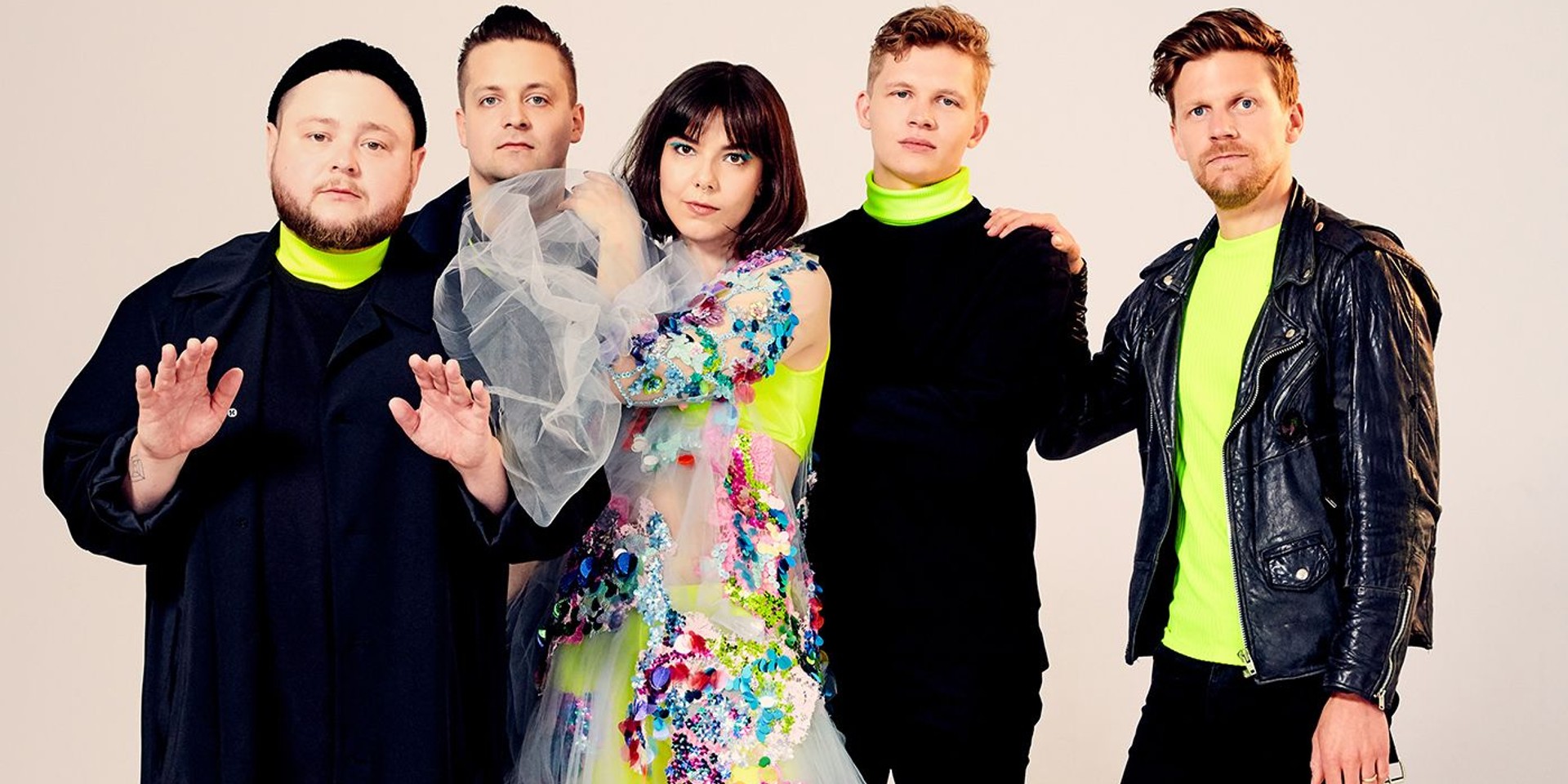 Of Monsters And Men have announced that its current Asia tour has come to an abrupt end due to illness. The band became aware of a member's illness over the weekend, and was forced to cancel their shows in Asia, including Singapore, Bangkok and Hong Kong.

Now, it has been revealed that the band has to cancel the rest of the tour. Check out the band's statement below.

"Asia – We are gutted to announce that we are unable to play the rest of our Asia tour due to illness. This isn't anything that rest won't cure, but the doctor's orders are just that – rest for the next few weeks. We are truly sad about this as we have been so looking forward to playing these shows for some time. We are working to reschedule the dates and will have more information for you as soon as possible. Please bear with us. Thank you for your continued support."

Greener Pastures, the concert organiser for OMAM's Singapore show has released an additional statement, commenting on refunding details, stating: We are disappointed and saddened to announce that the Of Monsters and Men concert this Saturday (18 Jan) will be cancelled due to illness in the band.

All tickets bought on iGo will be refunded in full directly to your purchasing card. We will be working with the band to rescheduled a performance. Thank you for your kind understanding and support. Please message us at contact@greenerpastures.sg if you need any assistance." 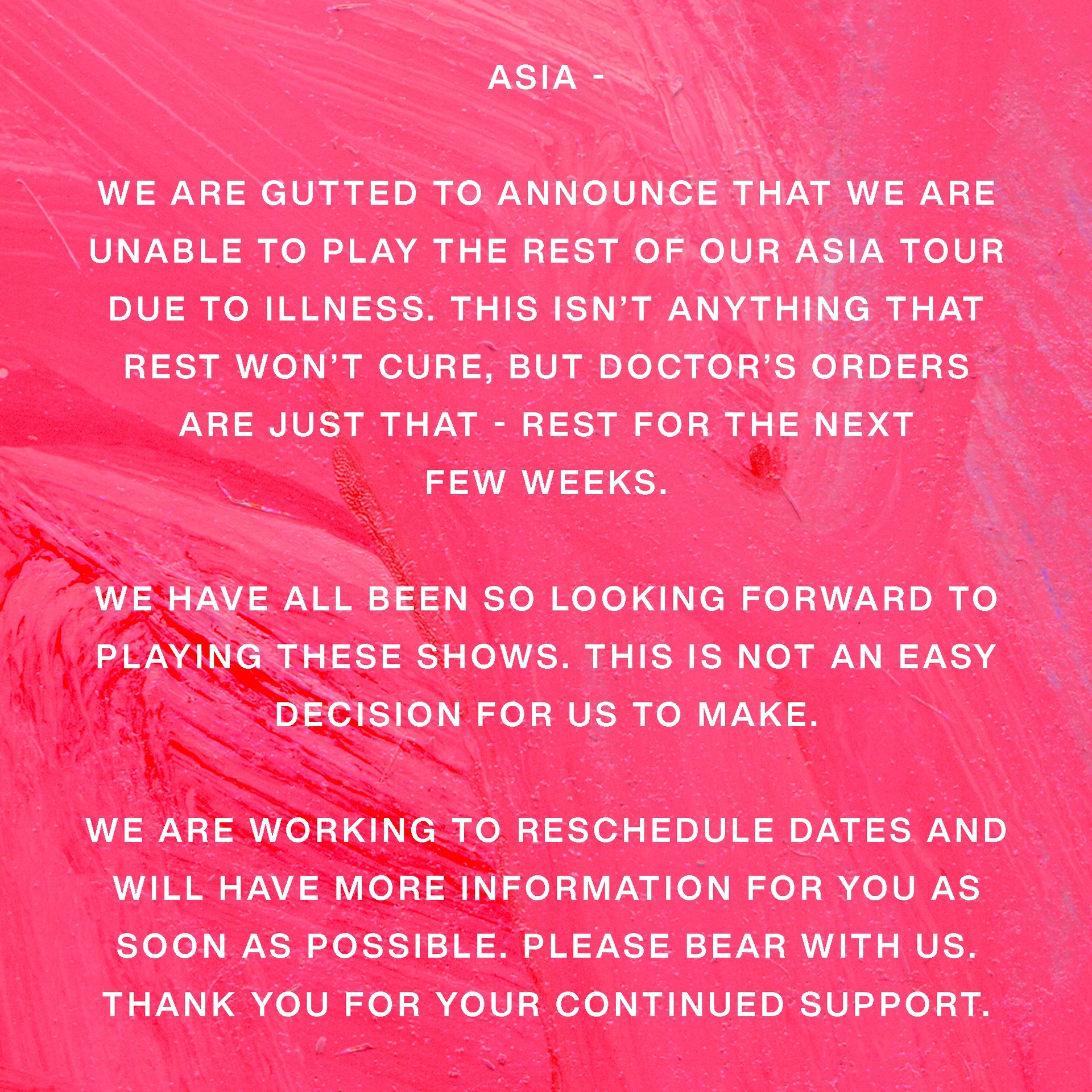