“Sometimes you forget, that’s the problem,” Danny Loong says as he waxes lyrical about his love for music. We met Danny at Timbre Music Academy, situated at The Arts House annex building alongside the beautiful heritage buildings on the quieter side of Singapore River as he was going through videos of really musically talented kids. Kellyn Tan was one of them, an 11-year old with impressive control of her vocals and we’ve already met Miguel Antonio earlier this year at the Timbre Rock & Roots Festival where he was called on to stage to sing ‘Let It Be’ with Danny’s band, Raw Earth and Sydneysider-based-in-LA, Kara Grainger.

“A lot of musicians get tired and jaded at some point, but for kids, things are different. They are free, not barred by expectations or what people think of them. I feel inspired by them, it reminds me of how I fell in love with music.” 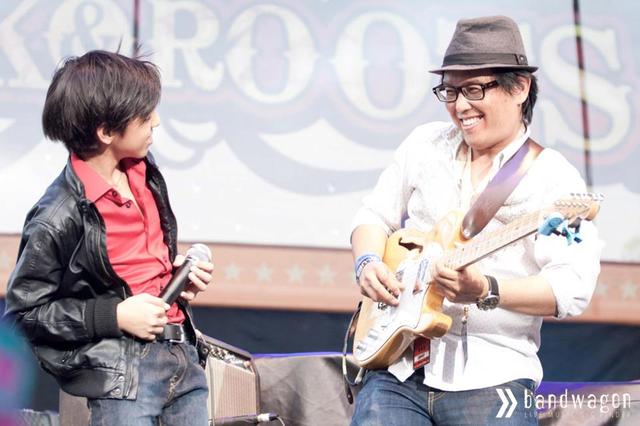 In a large studio room with high ceilings and surrounded by mirrors, we asked Danny about the two whiteboards full of bullet points. Enlivened and candid, he went on in detail, the tasks his personnel were looking into and future plans of the Timbre Group. Next thing we knew, he was showing us around the Timbre HQ offices and talking about P Ramlee somewhere during our chat.

Danny Loong is juggling a myriad of roles; co-founder and chief creative director of Timbre Group, musician, festival organiser – Timbre Group holds two annual festivals: Timbre Rock & Roots and Beerfest Asia, a mega music enthusiast (he handles all the music and creative related matters at Timbre) and other assorted things. Timbre Music Academy (TMA) and Junior Academy of Music (JAM) situated at The Grandstand, was also started under the Timbre Group umbrella to form a unique music eco-system, as a place that aims to nurture young musical talent for to prepare them better for the stage and beyond while providing these talents a opportunity to perform at any of Timbre Group’s music venues and events. 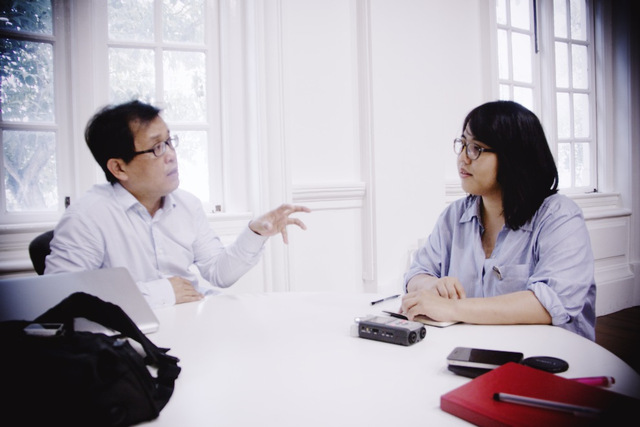 Even with so many roles to cover, Danny is extremely passionate about everything he is invested it. He talks openly about the confirmed and upcoming project the Timbre Group have in store, ask him about Timbre Music Academy and Junior Academy of Music, and he lights up talking about the programmes and the facilities, he is happily candid talking about being a musician, bring up the Blues and he speaks most ardently about it - and that was what I got from Danny the entire time; dedication, enthusiasm and definitely a sense of wholeheartedness in all he does.

“When we first started with the Timbre @ The Substation, not everybody was positive about it,” Danny recalls. Location wise, it was looking a bit obscure tucked behind the row of shops on Armenian Street, and being an outdoor venue, there were concerns about what happens if it rains. There were also days during the first three months where Danny and Edward would sit at the bar and watch people coming in feeling excited and nervous. “I think that sense of slight nervousness is important in everything you do, even running a business,” he shares, “I always go back to the Substation Gardens to take in the air sometimes to remember the beginning and remind myself that the original and lifelong mission of Timbre is always to support Singapore musicians.” 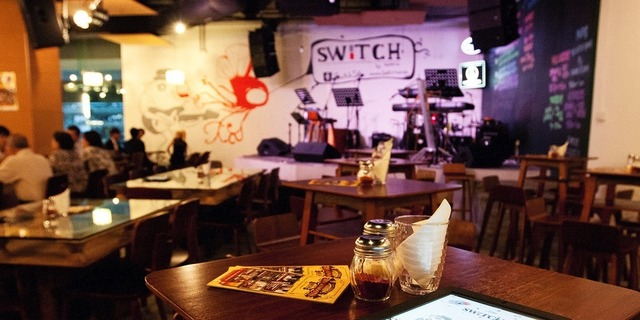 Although support was meagre in the beginning, about eight years on, the Timbre Group is now thriving; with multiple branches and one is even dedicated to Bilingual Mandopop and English repertoire (Switch by Timbre), Junior Academy of Music which caters to a junior branch for ages 4-12 at Grandstand, and they have also dabbled in festivals from the all fun and drinks Beerfest Asia and Timbre Rock & Roots which is a proper music festival that has featured big, big names like Bob Dylan, Earth Wind & Fire, The Specials and more recently Paul Simon and Led Zeppelin’s Robert Plant.

“When I was playing music, it was my whole life. I dreamed about playing at venues such as Wembley Stadium; thankfully I got to play at some very cool festivals,” Danny says about playing in a blues and roots band. He’s played in festivals and events in the big cities: Barcelona, Memphis, Chicago alongside legends like James Brown, Bob Dylan, Robert Plant, and they were the only Asian band to play for the acclaimed Byron Bay Blues Fest. He performed in critically acclaimed blues band UBlues and you can see him onstage sometimes with his newer eclectic outfit, Raw Earth comprising of some prominent names in the blues and rock scene in Singapore.

There are moments too he recalls, back when he was younger where his relatives during family dinners would ask what he was doing in his life and upon hearing the word “musician,” would warrant questions of concern and surprise. For years people have thought of music more as a hobby than career. “One of the reasons why we started Timbre was to change that perception. Musicians need to be looked at as professionals, musicians have to start thinking like professionals as well.” 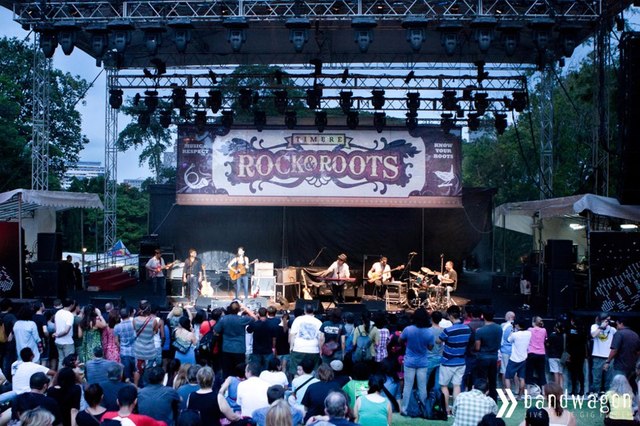 THE ‘LEPAK’ CULTURE AND OTHER IMPORTANT THINGS

As a musician, Danny is fully aware of certain ritualistic practices of the jamming man. Late night suppers are almost synonymous with being a musician in Singapore. “It’s in the DNA of all musicians, you’ll find them at Spize at 2 or 3 in the morning for sure! Especially after Baybeats, the usually haunts – River Valley, Simpang Bedok, prata shops,” he jokes.

However he feels that from his experience, there are certain things that could make a difference for a musician or band starting out. According to him, talent is obviously a prerequisite, but the ability to self-critique and listen to criticism is very important. Discipline and structure, he agrees, is also important when trying to establish themselves.

“All my musicians, I see them as professionals. I accord them the respect,” he says. As the chief creative director of Timbre, Danny is fully involved in the selecting of bands to play at his venues. And from his experience from observing and as a seasoned musician, he relies on a set of criteria he looks to when it comes to choosing the musicians.

While being a musician is more of a creative vocation, it is important to also take yourself seriously. Being a musician is a professional career, it’s a business. And it is from the simplest things like settling the band photos in the right resolutions to selling yourself in that email or venues and organisers to how you present yourselves onstage makes a difference in how other perceive you, he believes. Record a good demo, shoot an amazing video, according to Danny, treating it like a business shows them that you are worth talking, or listening to.

Even if it is a charity event, a family one even, an unpaid gig, when you are a band starting out, chalk up as many hours as you can in performing. Put out your music and get everyone to help, learn about hyping up your music (but don’t overhype it!), be serious about your music - a support community and some gig experience is a good foundation to starting out and knowing how to improve from whatever feedback you get.

“Bass player, amazing bass player. But when he plays, he looks like he’s bored. Like he doesn’t want to be there.” That’s not going to do much for Danny and a lot of other people when it comes to choosing live acts. Timbre prides itself to have a stellar repertoire of musicians who are talented, warm and constantly interactive with the crowd. “There is no point in showing aloofness or attitude, not everyone gets a chance to perform to a crowd before so smile lah,” Danny candidly says. Say thank you, be grateful, keep your ego in check, and he stresses again; take your music seriously, none of them flaky performances. Be nice people – it is as simple as that.

Another important thing he adds is, the ability to receive criticism and feedback from the audience or the public. Always be open to what people say about your music, some may be positive, some are negative – criticism may well be the key to how you grow and improve as a band. 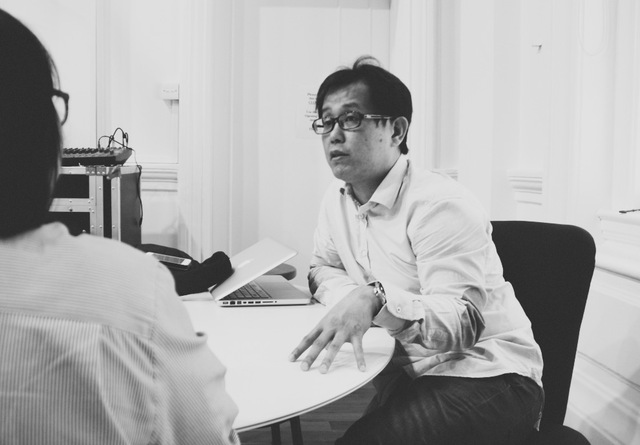 As a serious multi-tasker, it is important to always keep motivated and inspired. When asked what keeps him going, his answer is: musicians. “Music is a gift we all have. What inspires me are the young people, the Miguels and Kellyns,” he explains. He finds that when they sing, their face lights up and for a moment, nothing around them matters. With the added stress of adult life and problems in the world, people tend to forget about joy. “We must always remember the time we fell in love with music. Don’t forget, don’t forget.